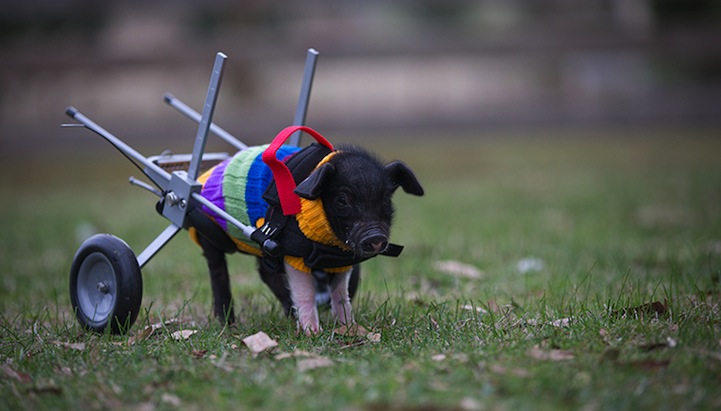 Leon Trotsky, aka The Pig on Wheels, is a tiny piglet who had a tragic accident when his mother fell on him, which crushed him and left him without the function of his two hind legs. When the staff of Australia-based animal sanctuary Edgar's Mission met Leon this past spring, they immediately fell in love!

The organization works to rescue, rehabilitate, and then find homes for farm animals whenever possible. Because Leon was so young–just a little more than three weeks old when he was first rescued in April 2014–his tiny little bones were too soft and fragile for a typical cart that would take the pressure off of his back legs. “However, necessity is the Mother of invention,” explains Edgar's Mission, “And, coupled with Leon's courage, a specialized wheelchair was created to allow Leon to move around, pain free, whilst enabling his injured hind legs to heal.”

Leon Trotsky has made many friends along the way and his tragic story has since become a heartwarming tale of a strong-willed little pig who refused to be held back by the many obstacles he had to overcome. If you want to learn more about Leon Trotsky or make a donation to Edgar's Mission, you can check out the website here. You can also watch Leon zipping around with his new wheels in the video below. 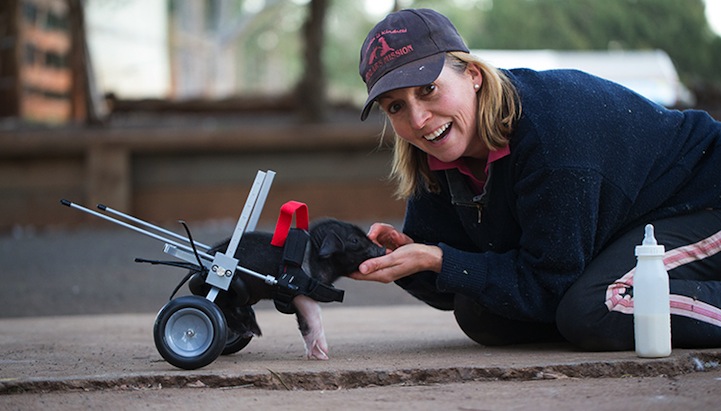 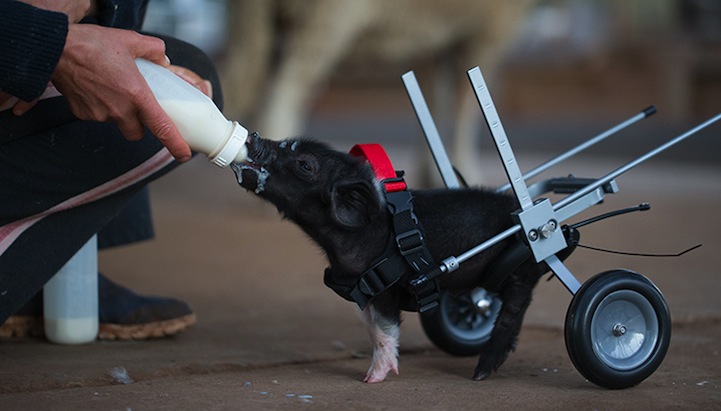 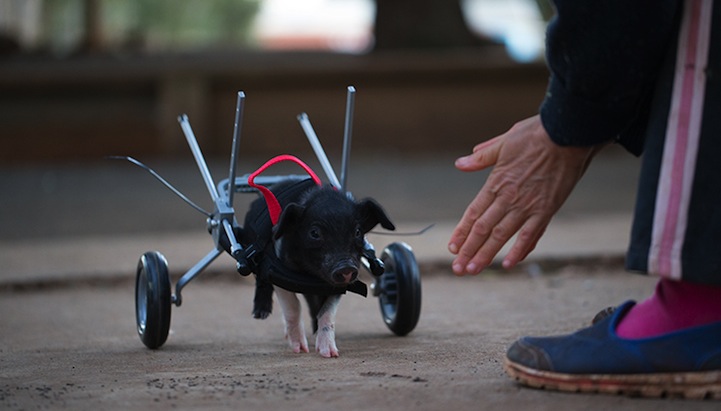 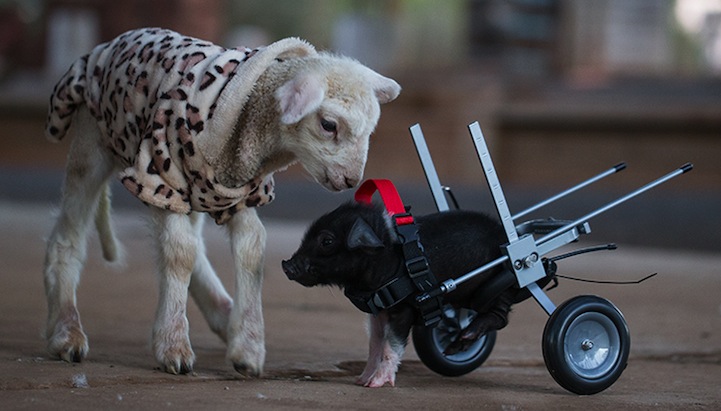 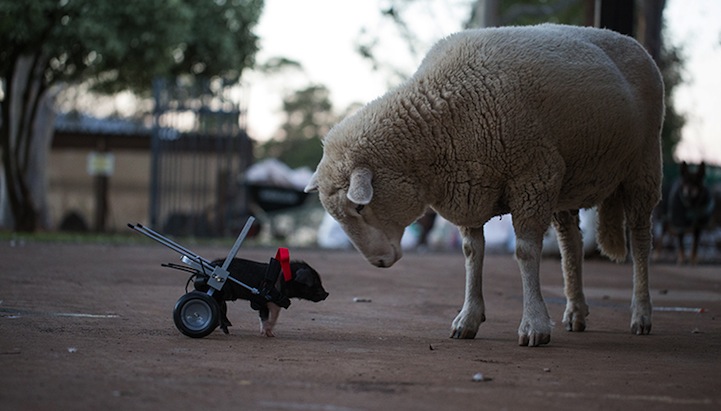 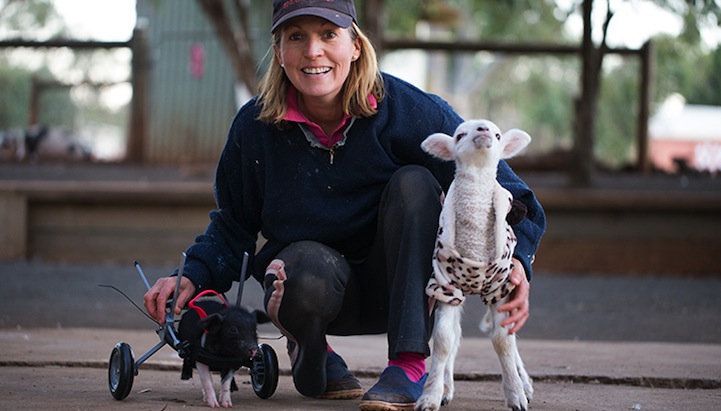 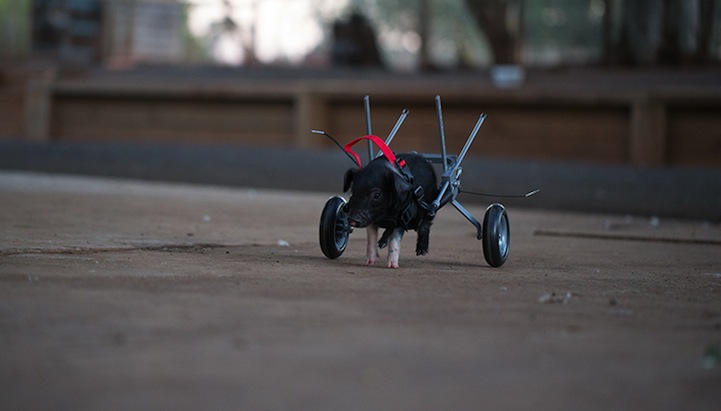 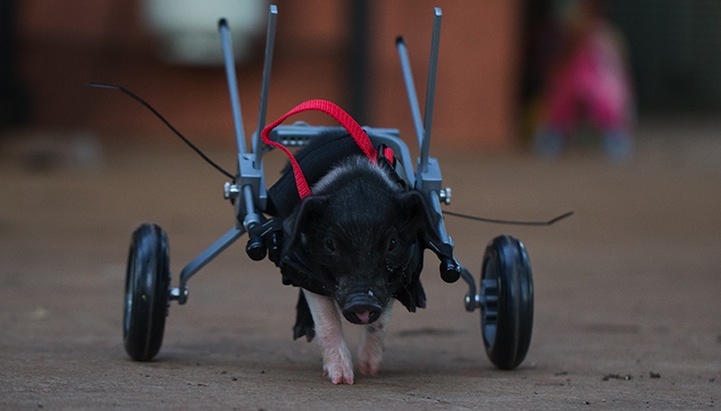