Evolution of New York City’s Skyline Over a Century 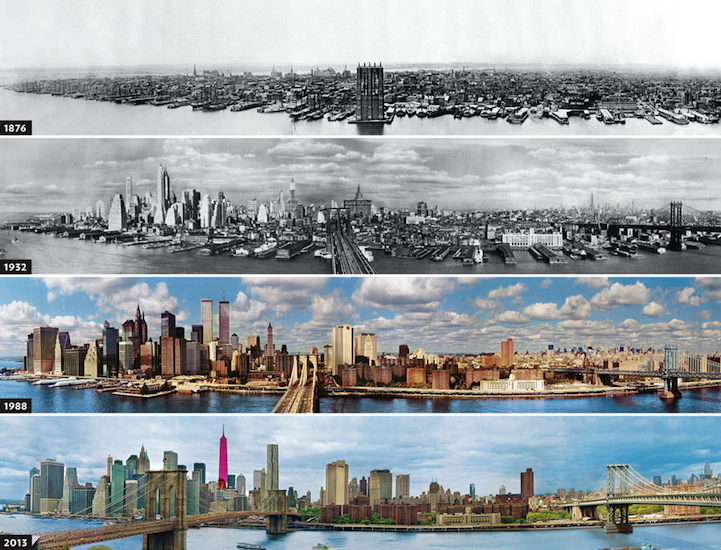 New York City is widely recognized as one of the greatest metropolitan areas in the world. It's fascinating to see the rapid evolution of its skyline from 1879 to 2013, when One World Trade Center will be complete. Within that long time frame, the city has lived through many transformative events, including the Great Depression in the 30's and September 11th in 2001. One can only wonder what it will look like over the next 100 years, especially as technology exponentially advances and global warming becomes a more pronounced concern.