7 Famous Fountains Overflowing with Beauty Around the World 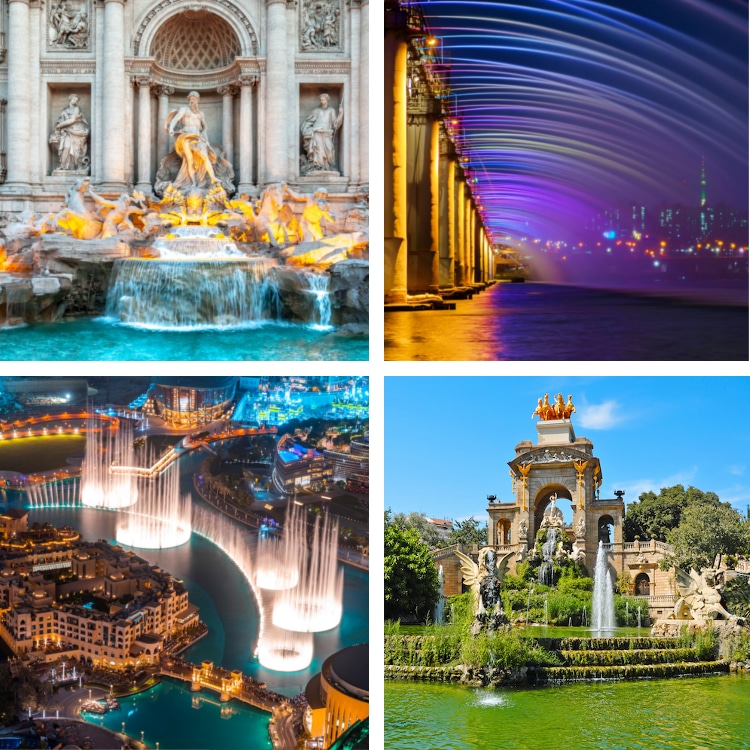 If you want to take in the art and culture of a city, you might make your way to its most popular museums. On top of these indoor institutions, exploring en plein air art is a great way way to experience a city's creative side. Popular outdoor destinations include verdant gardens, historic squares, and spectacular fountains.

Here, we take a tour of the most famous fountains in the world. Spanning centuries and countries, this selection of sculpted water works give us a unique glimpse into one of art history's most immersive trends.

Take a tour of the most famous fountains around the world. 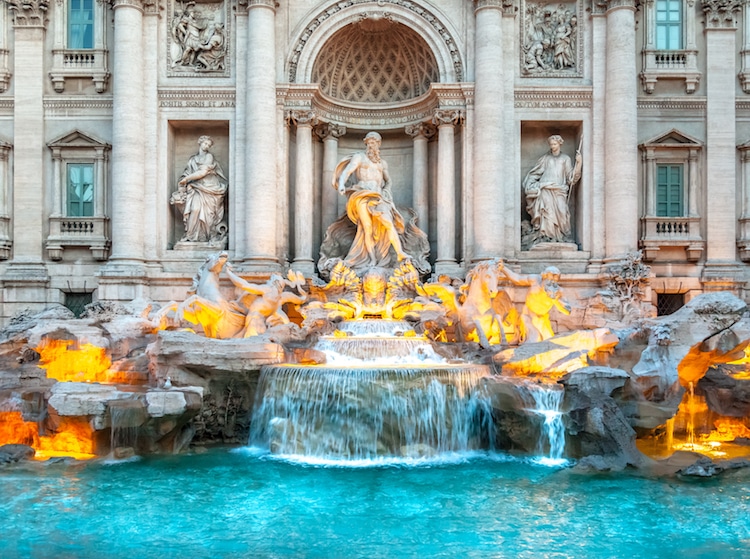 The Trevi Fountain in Rome is one of the Eternal City's most enthralling landmarks. Built in the middle of the 18th century, the Travertine stone-constructed fountain captures the opulence and grandeur of the Baroque movement. Given the level of detail present in its larger-than-life figures and dramatic grotto-inspired design, it is no surprise that crafting the masterpiece was a team effort. Though started by Italian architect Nicola Salvi in 1732,  several other artists, architects, and designers had a hand in the finished product, which was completed by Giuseppe Pannini thirty years later. 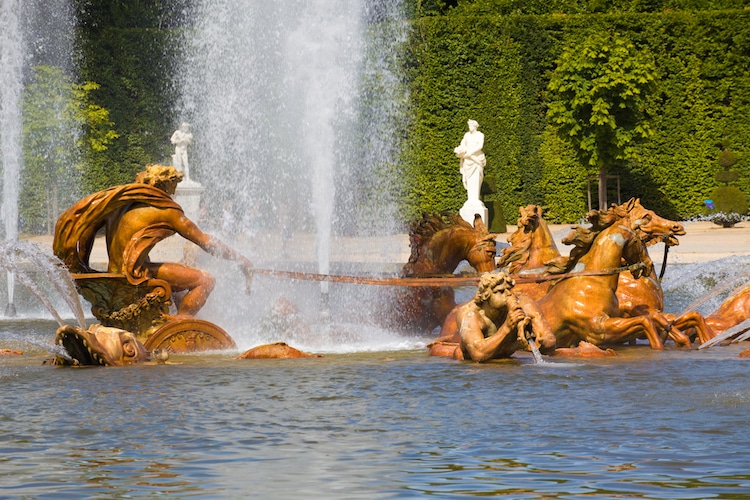 In addition to Italy, the Baroque movement also made it ways to France, where it materialized as lavish architecture and action-packed sculpture. One site that features both of these examples is the Palace of Versailles, a grandiose estate located just outside of Paris. As the royal family's official residence from 1682 until the French Revolution, the palace saw several over-the-top additions, including the Apollo Fountain, a theatrical fixture designed by Charles Brun for Louis XIV, the “Sun King,” in 1671. Capturing both the dynamism and drama of the period, this bronze fountain tells the story of the Greek god Apollo through the use of twisted figures, swirling silhouettes, and flowing drapery. 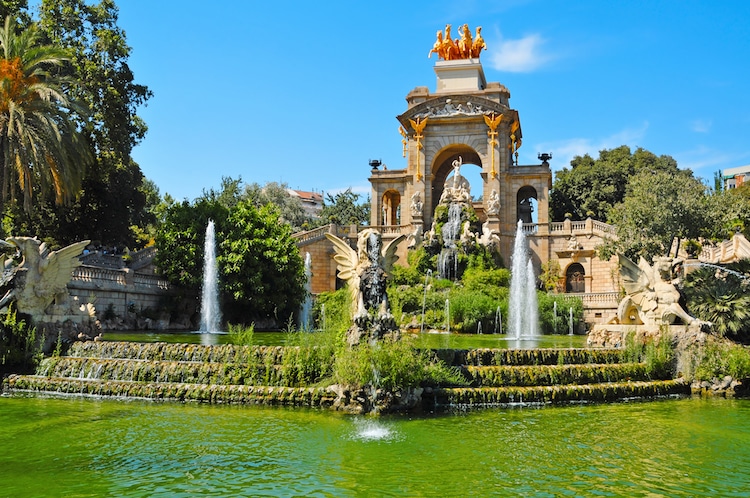 Known for its fantastic array of outdoor art, Barcelona has no shortage of fantastic fountains. One watery site that is particularly enchanting can be found nestled in the Parc de la Ciutadella, a 19th-century park and the city's first green space. Called Cascada (“cascade” in Spanish), this large-scale fountain looks like a waterfall. Though it was completed by Spanish Catalan architect Josep Fontsére and, to a lesser extent, master of Modernisme Antoni Gaudí, several sculptors helped design its statuary, which includes of oversized crabs, the Roman goddesses Venus and Aurora, and other mythological subjects. 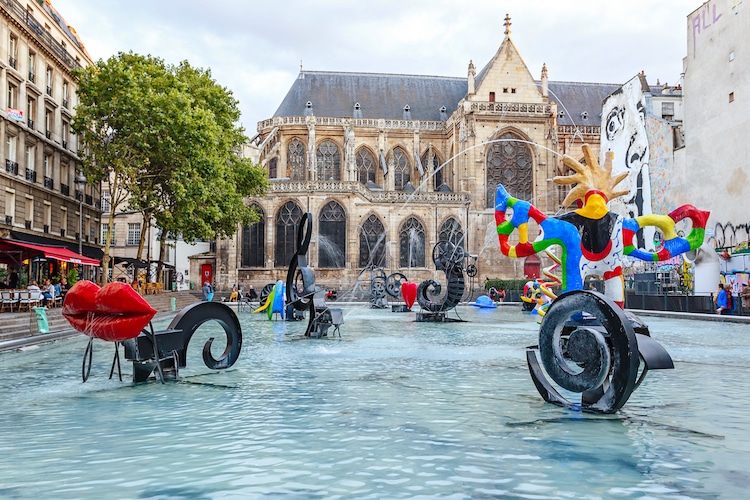 Situated in the heart of Paris, the Stravinsky Fountain perfectly captures the city's avant-garde approach to art. Built in 1983, adjacent to the Pompidou Center (Paris' premiere museum of modern art), the fountain features two sets of whimsical sculptures: black mechanical works by Jean Tinguely and colorful and primitive fiberglass figures by Niki de Saint Phalle. Fittingly, these fanciful pieces are inspired by the works of Igor Stravinsky, a Russian composer who believed that “[his] music is best understood by children and animals.”

The Fountains of Bellagio (Las Vegas) 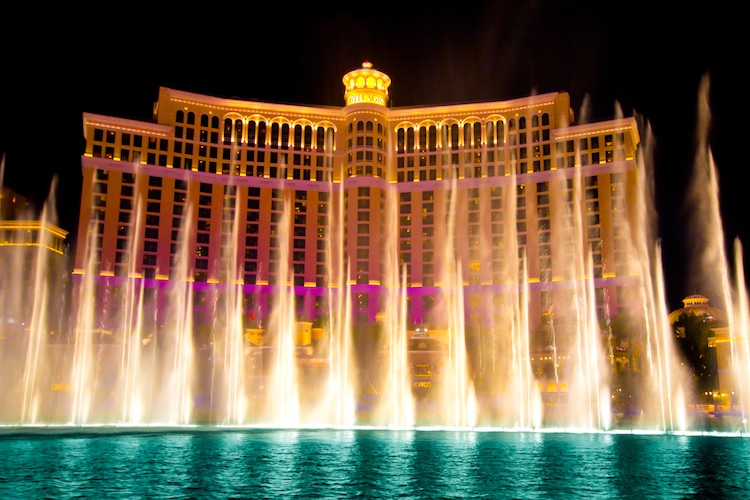 The “bright lights” of Las Vegas are one of the city's most iconic features. In addition to kitsch marquees and illuminated slot machines, the Vegas strip is lit up by the Fountains of Bellagio, a water feature that welcomes guests to the luxurious Bellagio resort. The fountains were designed by WET, a water-feature design firm, and are set in an 8-acre man-made lake outfitted with over 1,200 nozzles and 4,500 lights. The Fountains of Bellagio were the largest in the world when they were completed in 1998. However, they were surpassed by the Dubai Fountain when it made its grand debut 11 years later. 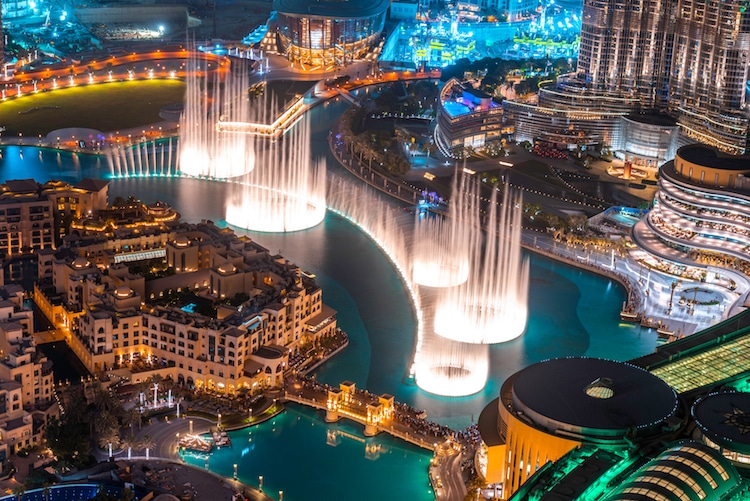 With its towering skyscrapers and “starchitect“-designed museums, Dubai is known for its state-of-the-art architecture. In 2009, the city's growing interest in unbridled contemporary design resulted in the Dubai Fountain, “the world’s largest performing fountain.” Measuring over 90 feet long, illuminated by 6,600 lights and 50 color projectors, and complete with a musical sound system, this fixture was designed to put on a show. What puts it over the top, however, is its height; the amazing fountain can blast water up to 500 feet in the air. 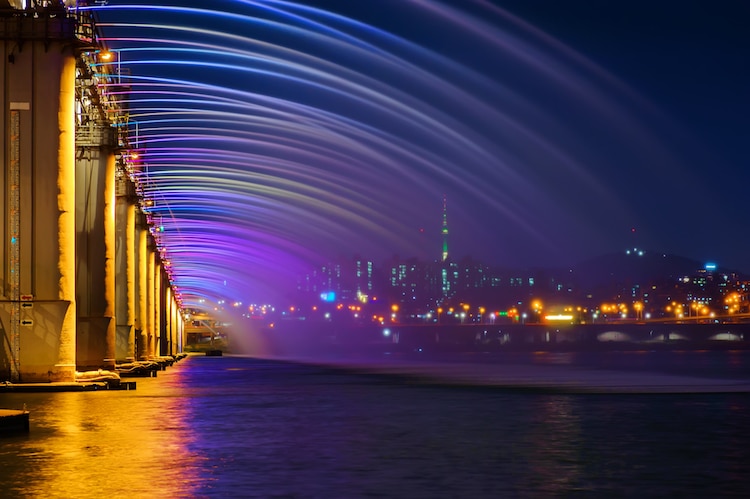 Rivaling the Dubai Fountain in sheer scale is the Banpo Moonlight Rainbow Fountain. Located on the Banpo Bridge—a major span that crosses the Han River in downtown Seoul in South Korea—this fountain holds a Guinness World record for being “the world's longest bridge fountain.” Since 2009, this spectacle has dazzled viewers with its luminous shows, made possible by a series of nearly 10,000 LED nozzles that shoot out a stunning 190 tons of water every minute.

19 Most Creative Water Fountains From Around the World

20+ Places to Find Spectacular Public Art Around the U.S.