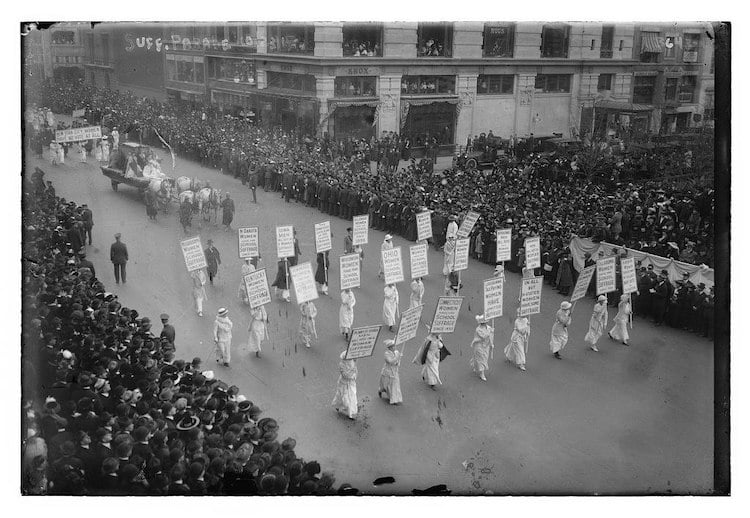 International Women's Day is celebrated every year on March 8 around the world. The occasion invites us to reflect on the progress made in women’s rights, encourages calls for change, and celebrates famous women from history whose courageous acts helped define our future.

Whether they are scientists, activists, politicians, or explorers, women have shown time and time again that they are powerful enough to change the world. From fighting for women’s rights to leading scientific discoveries, these inspiring women undeniably changed the world for the better.

Here are 10 famous women from history who helped create a better world. 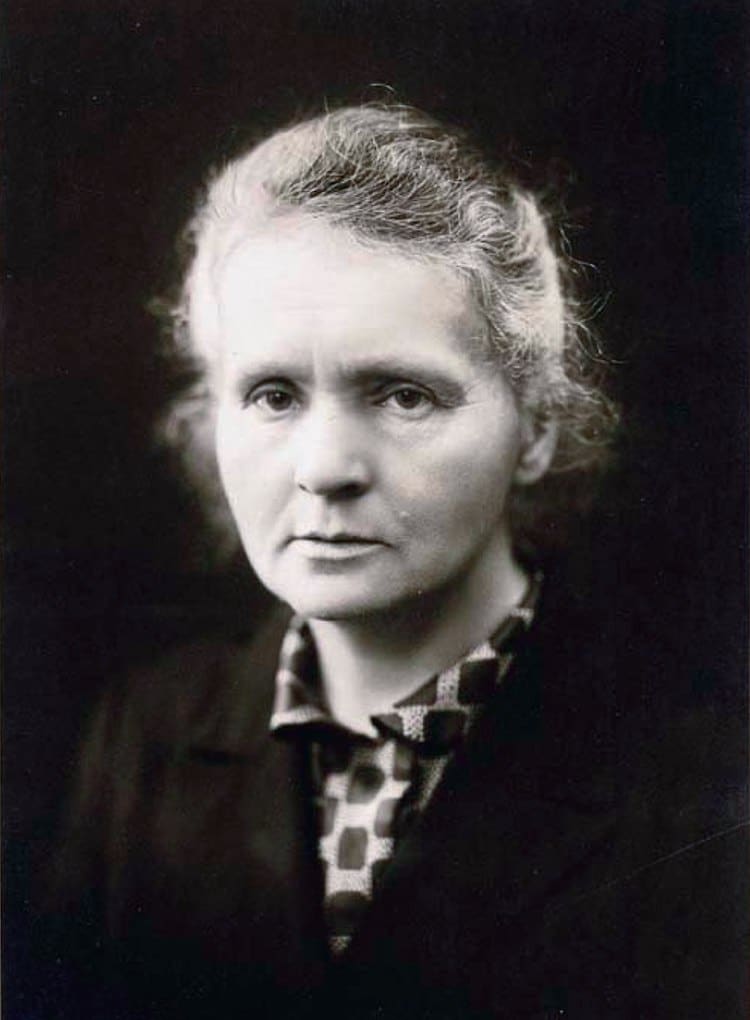 French-Polish physicist Marie Skłodowska Curie was a physicist and chemist best known for her work on radioactivity. Her research paved the way for new effective cancer treatments that are still used today. Curie was the first woman to be awarded a Nobel Prize, and was the first person to receive two. The first Nobel Prize she received was in physics, which she won together with her husband and Henri Becquerel. There other one was in chemistry.

Curie developed different ways to separate radioactive isotopes and discovered two new elements: radium and polonium. Radium is now used for many things, including to kill cancer cells. Curie is also responsible for establishing the theory of radioactivity; but unfortunately, she also discovered the fatal effect it can have on your health firsthand. On July 4, 1934, at age 66, Curie died of aplastic anemia caused by too much exposure to radiation in her laboratory.

Although Curie was becoming increasingly ill as she worked, she never lost her determination. Her legacy lives on in cancer society that bears her name and continues to help terminally ill patients all over the world. 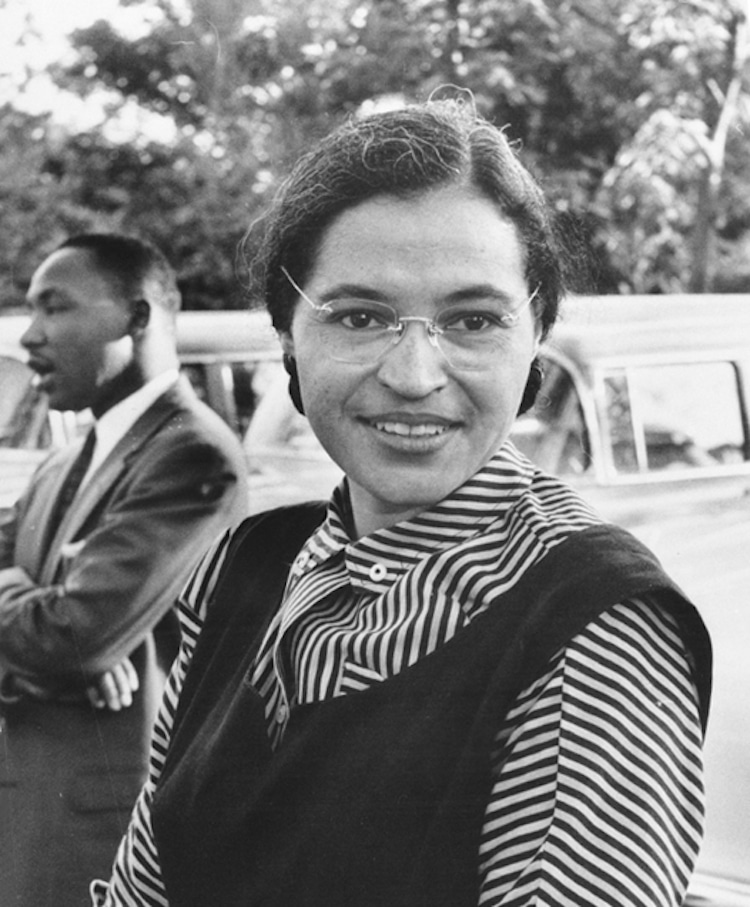 American activist Rosa Louise McCauley Parks is best known for her key role in the Montgomery bus boycott. On December 1, 1955, in Montgomery, Alabama, Parks refused bus driver James F. Blake's order to give up her seat to a white passenger on a segregated bus. Her protest was supported by many others and sparked the civil rights movement which, in the 1960s, eventually won equal rights for African Americans. The United States Congress called Parks “the first lady of civil rights” and “the mother of the freedom movement.” 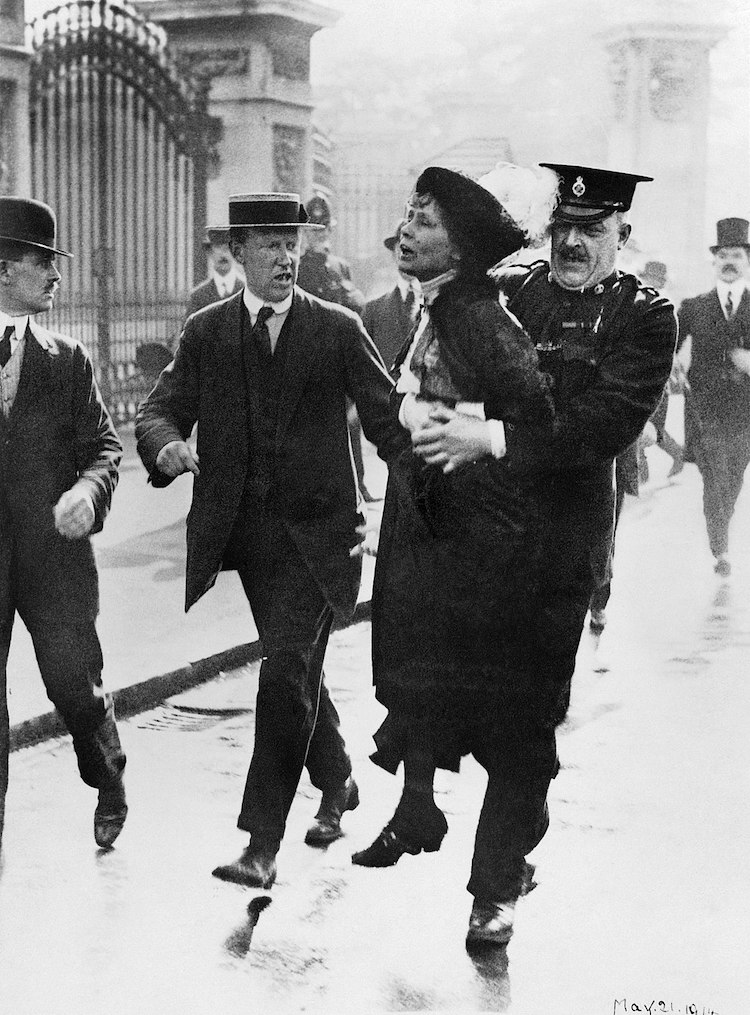 British political activist Emmeline Pankhurst is best known for leading the UK suffragette movement and helping women win the right to vote. In 1903, Pankhurst founded the Women's Social and Political Union, which used militant tactics to protest for women's suffrage. The female activist was imprisoned 13 times, but never gave up the fight. Parliament granted British women limited suffrage in 1918; but sadly, Pankhurst died just before women were finally given full voting rights in 1928. 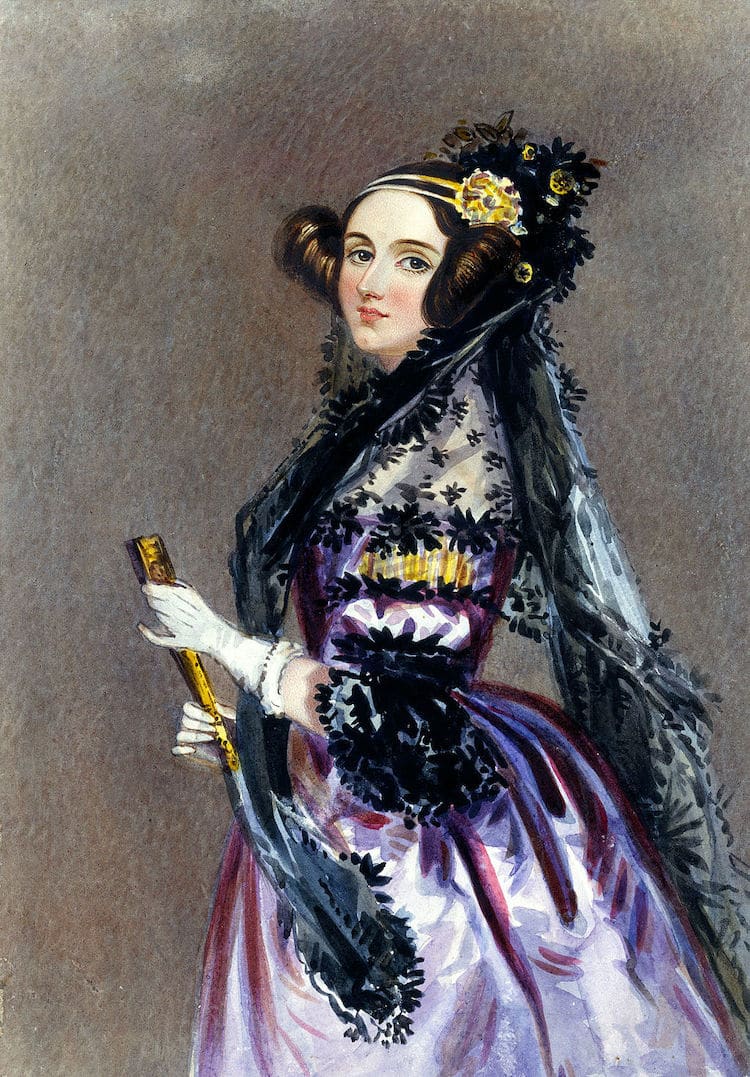 Augusta Ada King, Countess of Lovelace, was an English mathematician and writer. She is considered to be the first computer programmer, as she’s known for her work on Charles Babbage's proposed mechanical general-purpose computer, the Analytical Engine. In the 1970s, the computer language ADA was named after her. 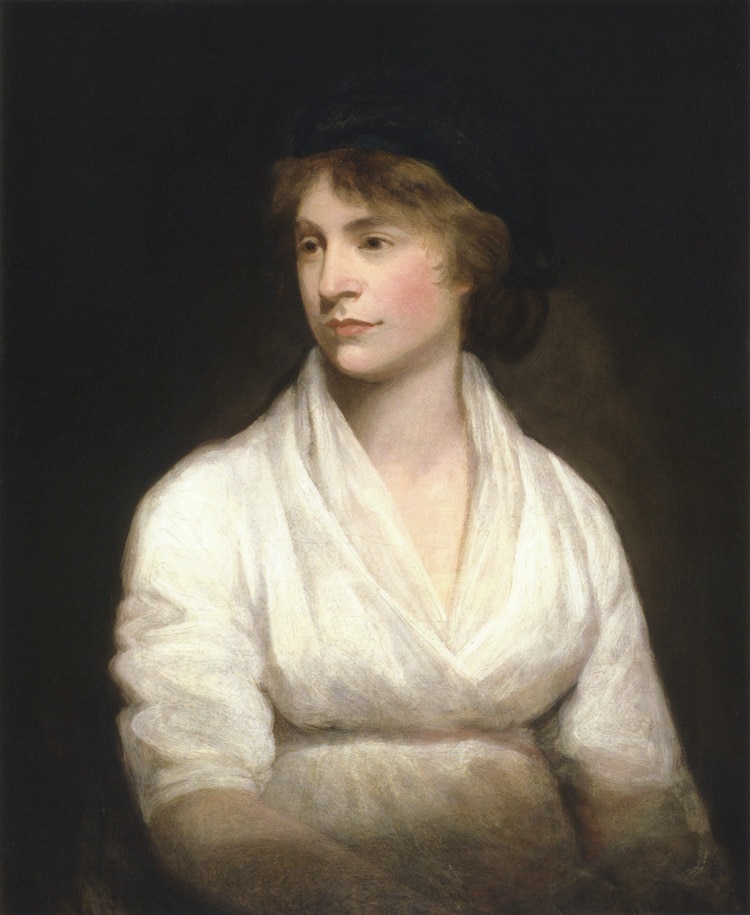 English writer and philosopher Mary Wollstonecraft is known as an advocate of women's rights. She’s best known for her book, A Vindication of the Rights of Woman, published in 1792. Today, it is still seen as one of the foundational texts of modern feminism as it argued that women should have the same fundamental rights as men. 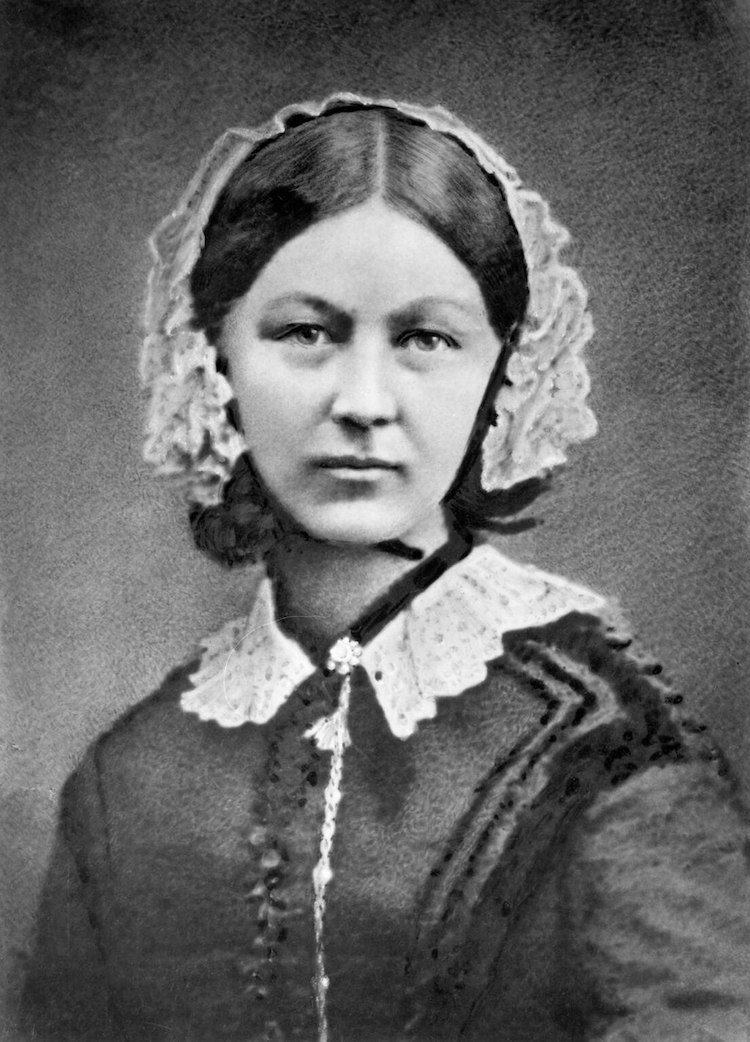 Florence Nightingale was a British nurse, social reformer, and statistician. She wrote over 150 books, pamphlets, and reports on health-related issues, and she is also credited with creating one of the first versions of the pie chart. However, Nightingale is best known for efforts to improve the qualities of hospitals. She established St. Thomas’ Hospital and the Nightingale Training School for Nurses in 1860. Her efforts to reform healthcare greatly improved the quality of care in the 19th and 20th centuries.

During the Crimean War, Scutari Barracks was converted into a British military hospital. When Nightingale arrived with her party of nurses in 1854, she was horrified by the filthy conditions. She worked to improve the suffering of the patients, and implemented new systems so that no one would have to endure the difficult circumstances in the future. Nightingale became known as “The Lady With the Lamp,” because she would walk among the beds at night, checking on the wounded men while holding a light in her hand. 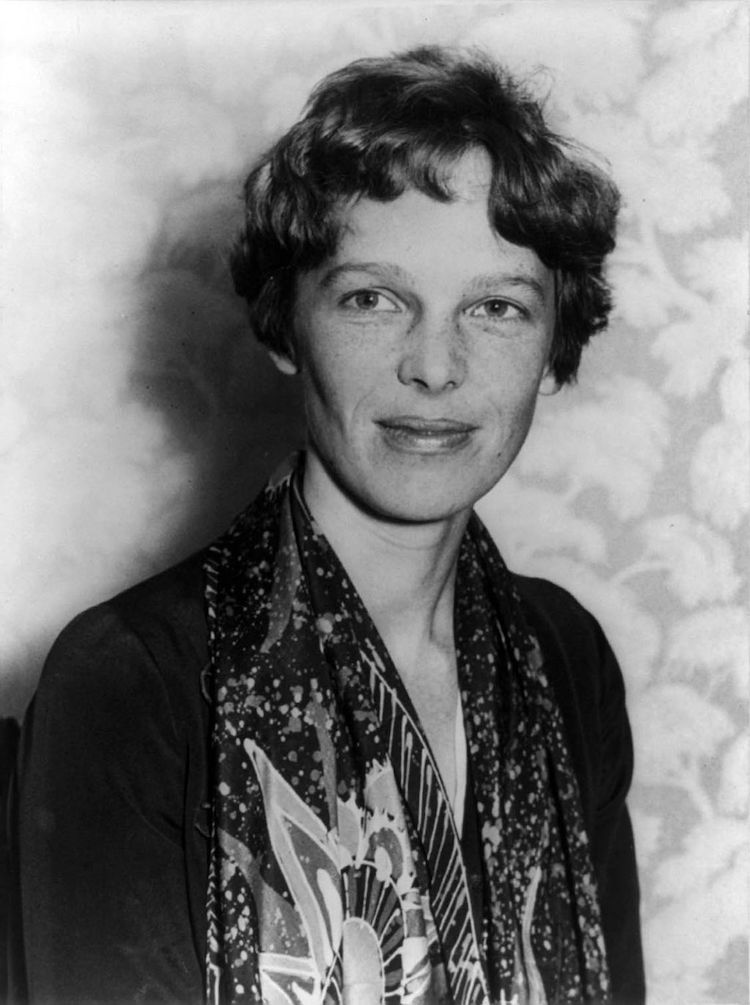 Amelia Mary Earhart was an American aviation pioneer and author. She first took to the skies in 1921, aged 24, and went on to break the women’s altitude record the following year when she rose to 14,000 feet. In 1932, she became the first woman to fly solo across the Atlantic, and over the next five years, she continued to break aviation records.

In June 1937, Earhart embarked on a flight around the world, becoming the first person to fly from the Red Sea to India. However, Earhart and navigator Fred Noonan disappeared somewhere over the central Pacific Ocean, near Howland Island. The explanation of their disappearance is still a mystery, however there are multiple theories. Some believe Earhart and Noonan were taken prisoner by the Japanese, while others maintain that the pair made an emergency landing on Nikumaroro (then called Gardner Island). According to this theory, Earhart and Noonan lived as castaways on the tiny, uninhabited island, and eventually died there.

Although there is still no concrete evidence, the U.S. Navy concluded that Earhart and Noonan had run out of fuel, crashed into the Pacific, and drowned. A court order declared Earhart legally dead in January 1939. 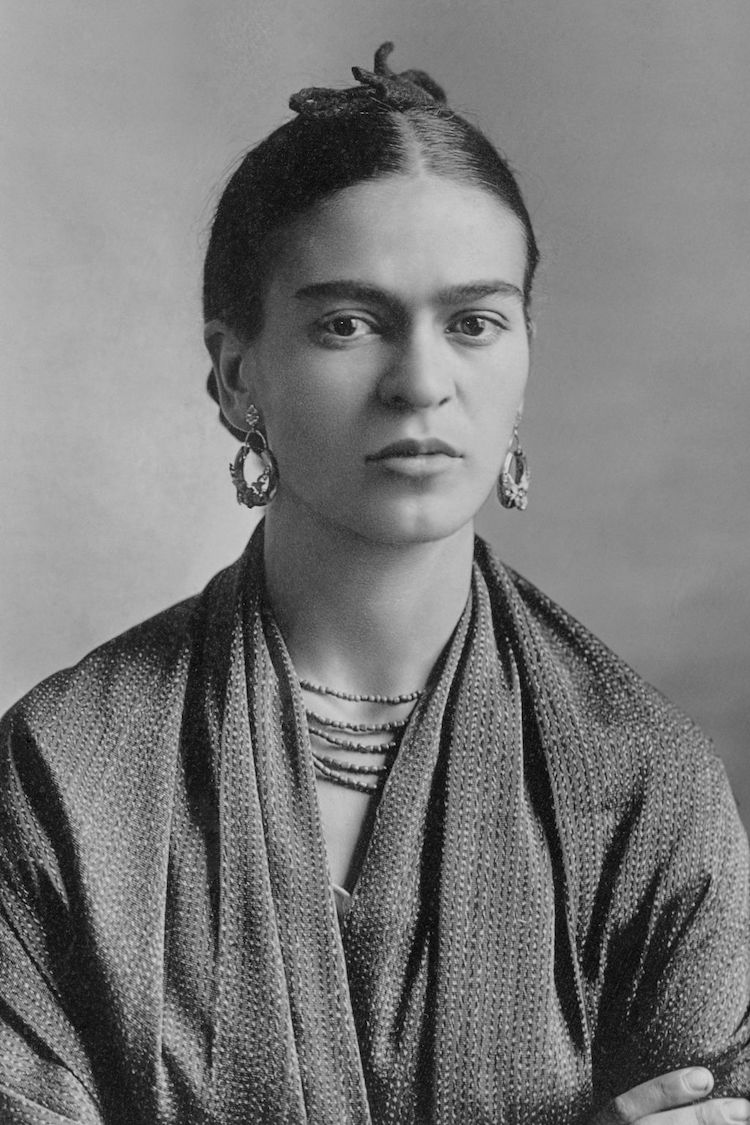 Mexican artist Frida Kahlo created paintings and drawings that explored gender, class, and cultural identity. She became an important figure for social causes including feminism. Despite the harsh gender inequality of the 1900s, Kahlo was unafraid to be herself and boldly exaggerated her so-called “masculine” features in her self-portraits, such as her monobrow and mustache. Her paintings also explored female issues such as abortion and miscarriage. These topics were considered taboo at the time, and were rarely spoken of in public. Through her art, Kahlo exposed her physical and mental suffering, but she also paved the way for female empowerment. 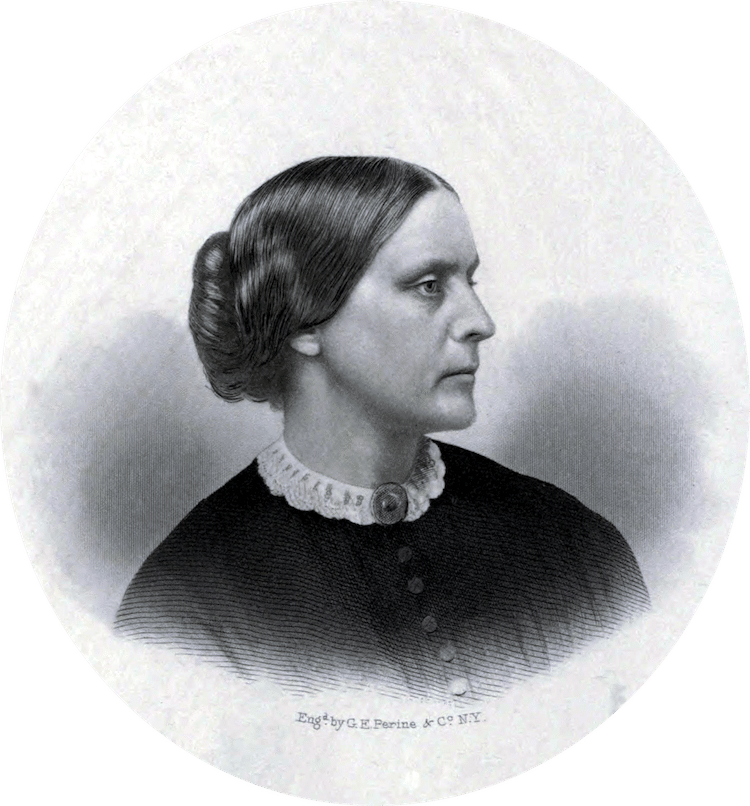 American social reformer Susan Brownell Anthony was born into a Quaker family who was committed to social equality. At age 17, she collected around 400,000 signatures in support of the abolition of slavery, and she continued to fight for equality of all kinds throughout her life. In 1856, she became the New York state agent for the American Anti-Slavery Society.

In 1852, Anthony attended her first National Woman's Rights Convention, which was held in Syracuse, New York. She spent the rest of her life championing for women’s rights, and became a key leader of the women’s suffrage movement in the U.S. She helped to merge the two largest suffrage associations into one—the National American Women’s Suffrage Association—and led the group until 1900.  She traveled around the country giving speeches and, in 1876, she led a protest at the 1876 Centennial of the nation’s independence. Sadly, Anthony never got to see the results of her efforts. She died in 1906, 14 years before the passage of the 19th Amendment in 1920. 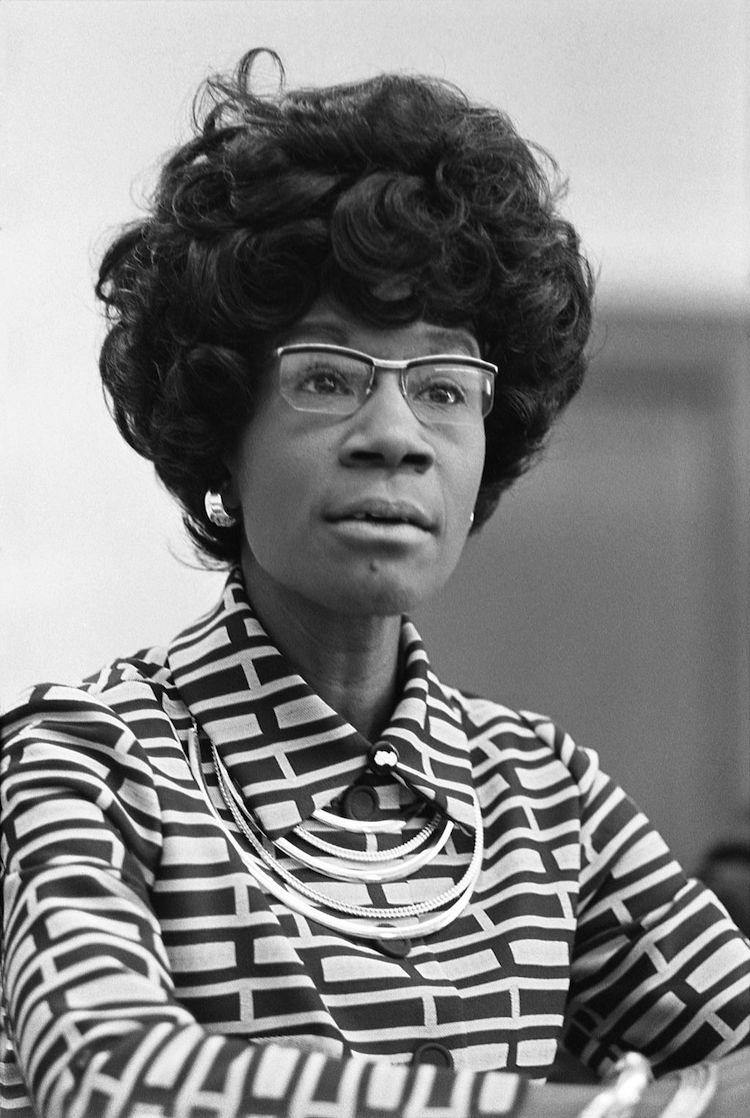 American politician Shirley Chisholm was the first African American woman to be elected to the U.S. Congress. She became known as a strong liberal who opposed weapon development and the war in Vietnam. She also founded the National Women’s Political Caucus, supported the Equal Rights Amendment, and legalized abortions throughout her career, which lasted from 1969 to 1983.