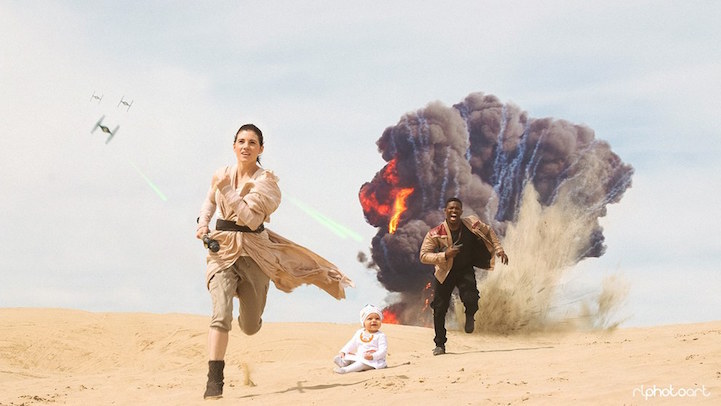 This cosplaying couple has taken cuteness to galactic extremes with a recent Star Wars-inspired photoshoot. Victor Sine and Julianne Payne made a four-hour trek to the Jakku-like backdrop of Utah's Little Sahara Sand Dunes, where photographer Robert Lance captured them in epic portrayals of the film saga's beloved Finn and Rey.

Though fans can only speculate on the romantic relationship between the movie's characters, the real-life pair are engaged to be married in May. They first fell in love with the Star Wars series while watching all of the films together, just before The Force Awakens opened in theaters, and they immediately decided that Finn and Rey would be their perfect alter-egos. Julianne “has always been into crafts, anime, sci-fi, and all the things that come along with being a nerd,” Victor explained to BuzzFeed, “so when she met me last year and knew that I cosplayed, she was so down.”

But perhaps the most adorable persona in the photographs is a pint-sized BB-8–Baby8, as Payne and Sine call her. She's played by Payne's one-year-old daughter, Addie, but Sine is working to legally adopt the little one as well. The couple just launched a GoFundMe campaign to raise money for the process, hoping to bring that more realistic fantasy to life.

Check out the sweet photo series below, and follow along with The Real Finn and Rey on their Facebook page. 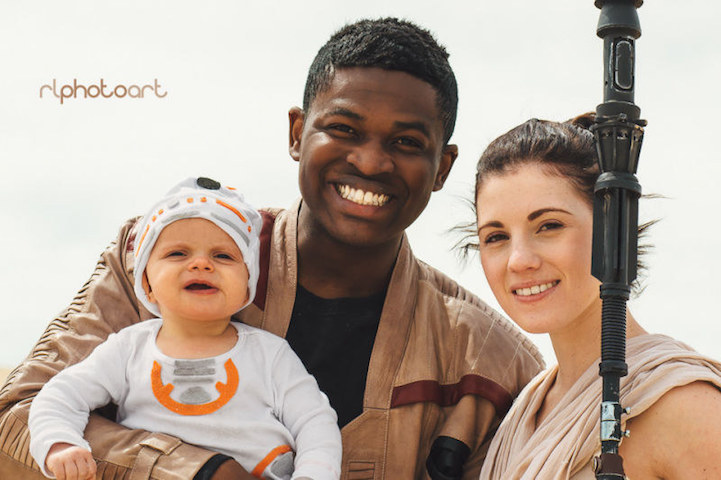 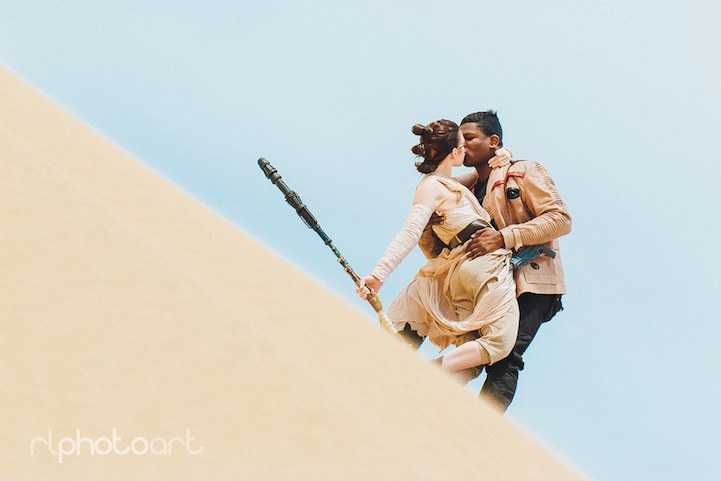 Though the shoot is a sequel to their popular Comic Con appearance, they had it planned in advance as a way to commemorate their upcoming wedding. 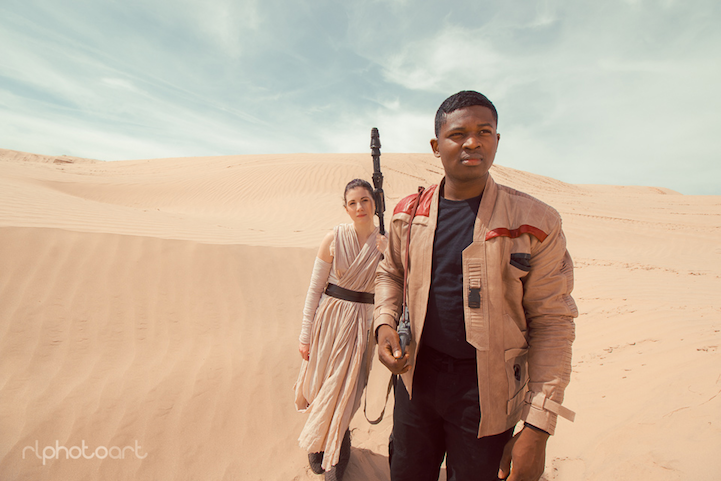 The shoot was an epic adventure of its own accord, requiring a full day of off-roading in sedans and a few failures with GPS navigation. 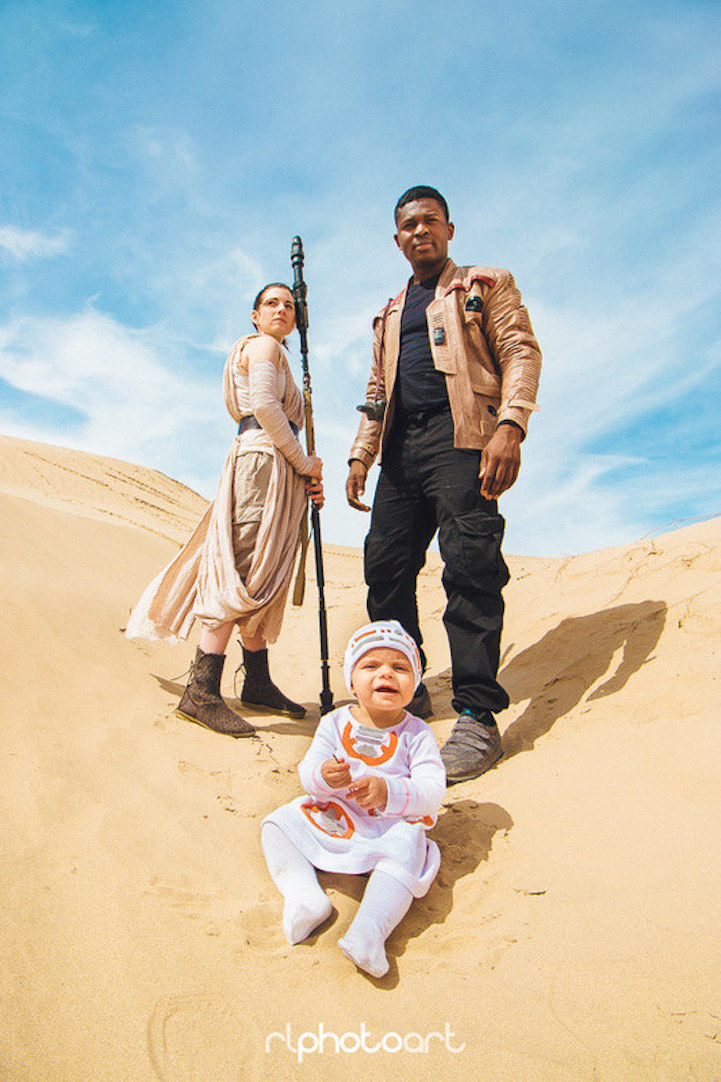 Addie, aka Baby8, cooperated throughout the whole experience, taking the intense wind and sun like a total (storm) trooper. 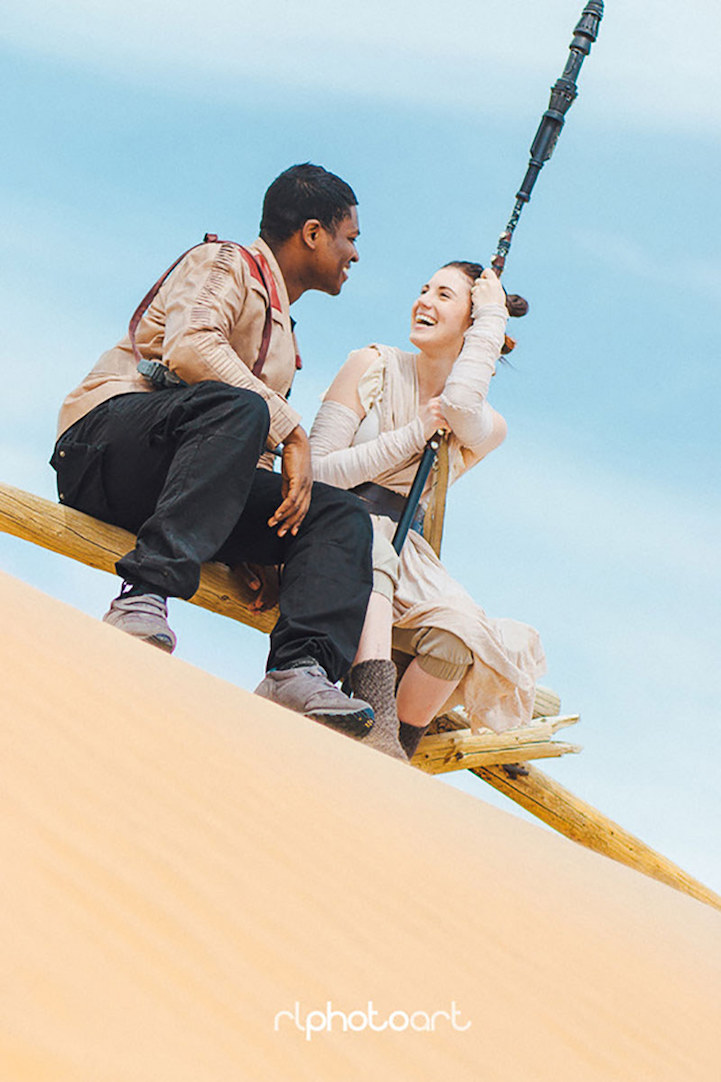 The shoot was a fantasy come true for photographer Robert Lance, who counts himself as “Star Wars' biggest fan.” 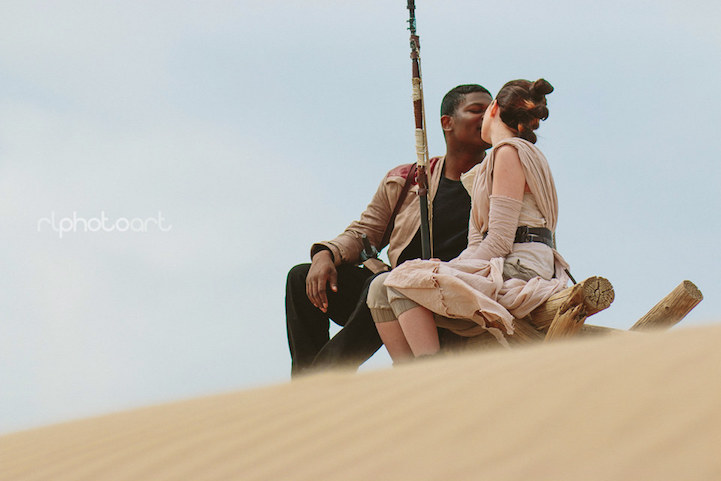 All images via Robert Lance.