Today, more and more artists are using their work as a means to comment on climate change. Oftentimes, this artistic interest in the environment exists on a grand scale, materializing as larger-than-life sculptures and monumental murals. However, artist Tezi Gabunia has proven that you can also communicate these messages in miniature, as evident in Breaking News: The Flooding Of The Louvre.

In this powerful piece, Gabunia immerses a model of Paris' Louvre Museum in a simulated flood. As waters rise in the small-scale Médicis Gallery, its neatly arranged benches float into a swirling vortex and the Marie de' Medici Cycle—a series of 24 masterpieces by Baroque artist Peter Paul Rubens—are submerged.

If you're familiar with Gabunia's work, this miniature museum most likely looks familiar to you. In 2016, the artist created the architectural sculpture for Put Your Head into Gallery, an interactive series that invites people to invade tiny gallery spaces. Following Paris' particularly wet winter this year, Gabunia opted to reuse this model to create Breaking News: The Flooding Of The Louvre, culminating in a piece that pairs the idea of recycling with the imminent threat of global warming.

“Natural disaster increasingly linked to climate change has arrived to the museum of Louvre, which responds to the flooding of Paris in 2018,” he explains on Instagram. “The artwork also respresents the issue of cultural leftover. Recycling is the main value of the process. By destruction of model that was a part of previous project Put Your Head into Gallery, the leftovers are reconstructed and new meanings and possibilities are created”

Gabunia captured the flooding process in a short film that allows viewers to “gradually watch the destruction of interior.” You can see this alarming footage below.

In Breaking News: The Flooding Of The Louvre, artist Tezi Gabunia submerges a miniature museum in water. 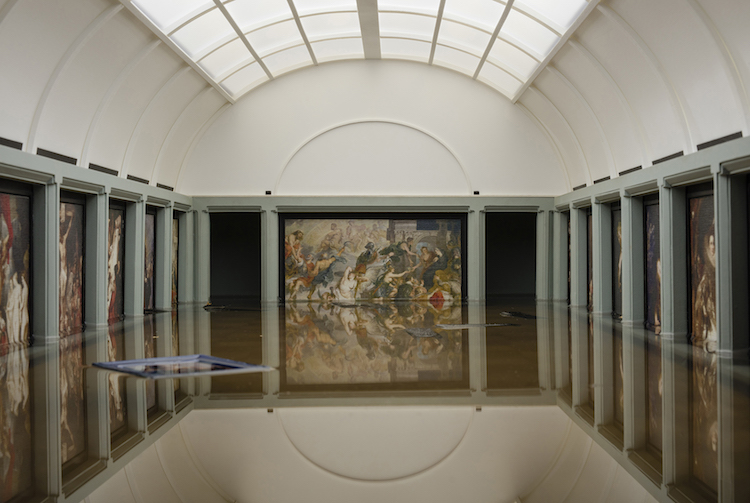 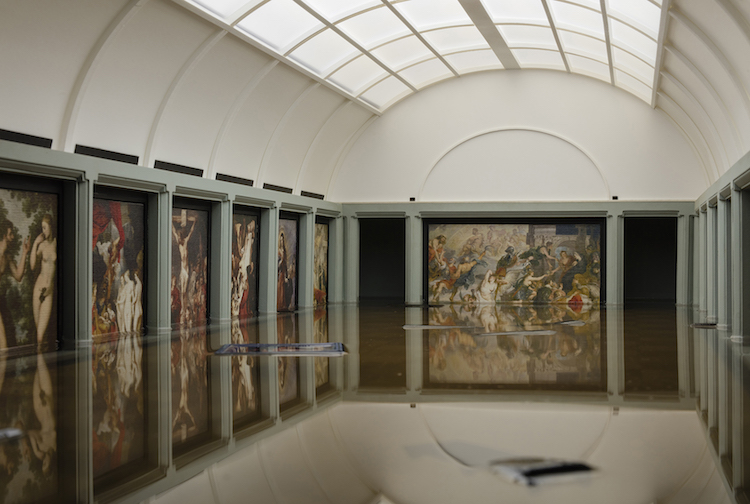 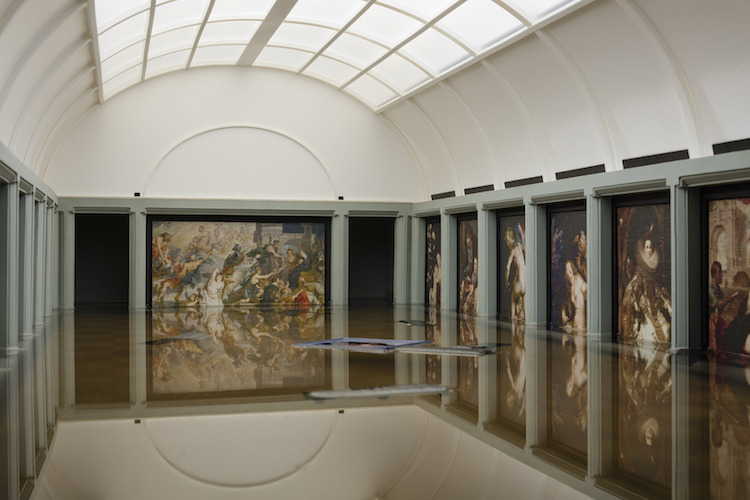 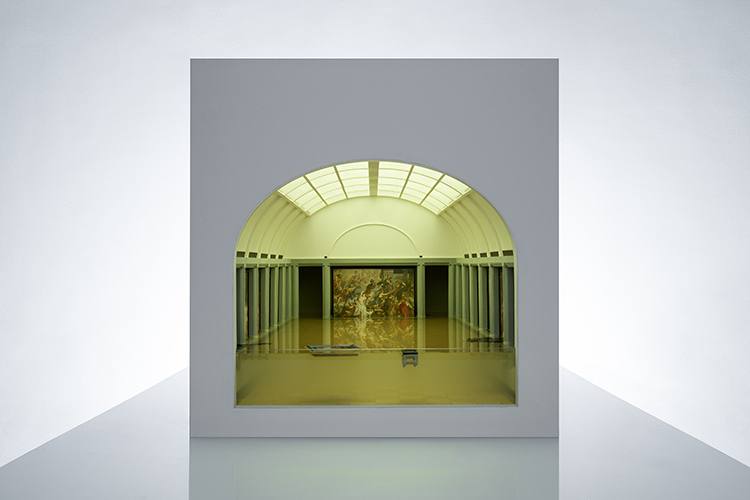 Watch footage of the realistic Louvre flooding below.

My Modern Met granted permission to use photos by Tezi Gabunia.

Breaking News! Share
Like My Modern Met on Facebook
Get Our Weekly Newsletter
Become a
My Modern Met Member
As a member, you'll join us in our effort to support the arts.
Become a Member
Explore member benefits
Breaking News!