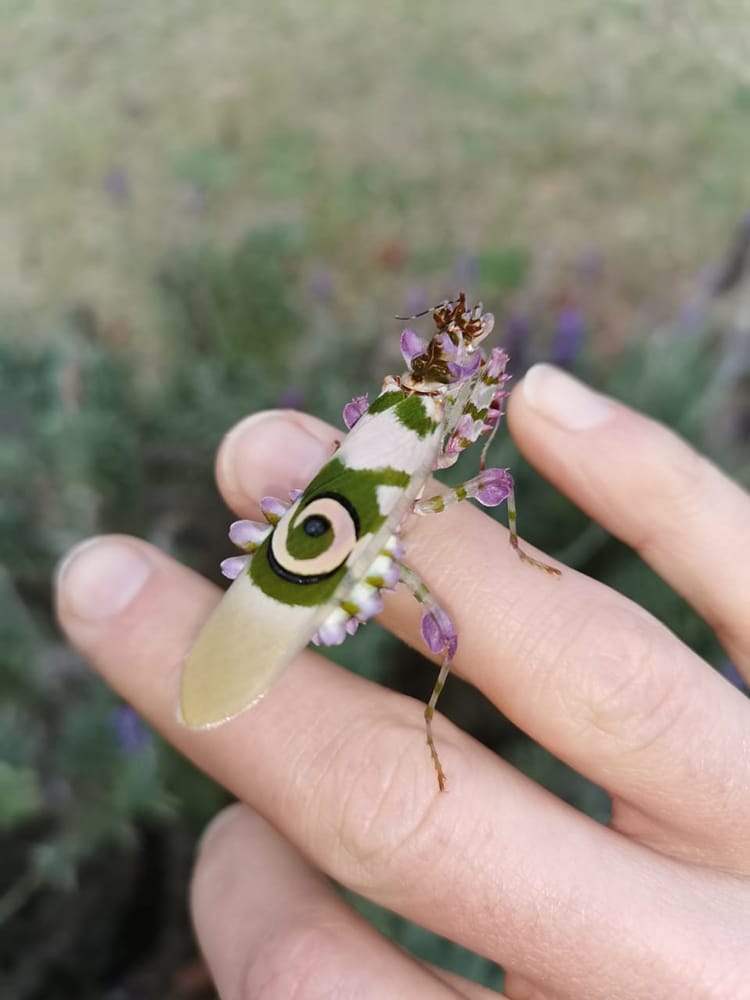 On a September day in South Africa, Margaret Neville made a fascinating discovery in her back garden. Resting among her lavender bushes was a flower mantis, a type of praying mantis which has evolved to appear incredibly “floral” as a method of camouflage. The particular flower mantis found by Neville is a female with a large swirl pattern on her back and protrusions that look like lavender buds along her legs. Astonished by the insect's beauty, Neville named the mantis “Miss Frilly Pants” in reference to her purple “pantaloons.”

“Nature is there for us all to share,” Neville tells My Modern Met. Since sharing her discovery, Miss Frilly Pants now has many fans across the world. Images and video of Miss Frilly Pants can also be seen on the Waterfall Retreat & Environmental Centre Facebook page. In late September, the page announced that the unusual mantis found a mate—a male flower mantis. 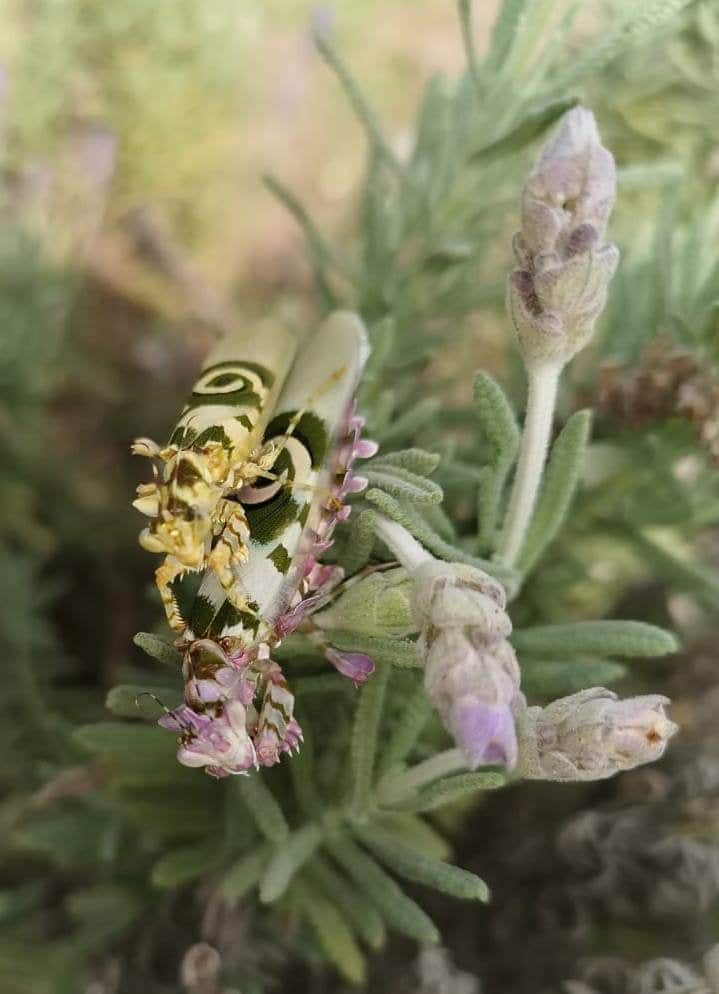 There are many species of mantis across the globe. The orchid praying mantis is another type of flower mantis. The females are larger and brilliant in color, with legs that look astonishingly like orchid petals. They wait for insects to approach them, tricked by their floral appearance. However, the males have not evolved with floral camouflage. They are smaller with dull colors. While the females' appearance is a colorful trap, males must hunt rather than lie in wait. Evolutionary researchers believe this divergence in gendered hunting strategies and its effect on evolution is singular among arthropods (spiders and insects). 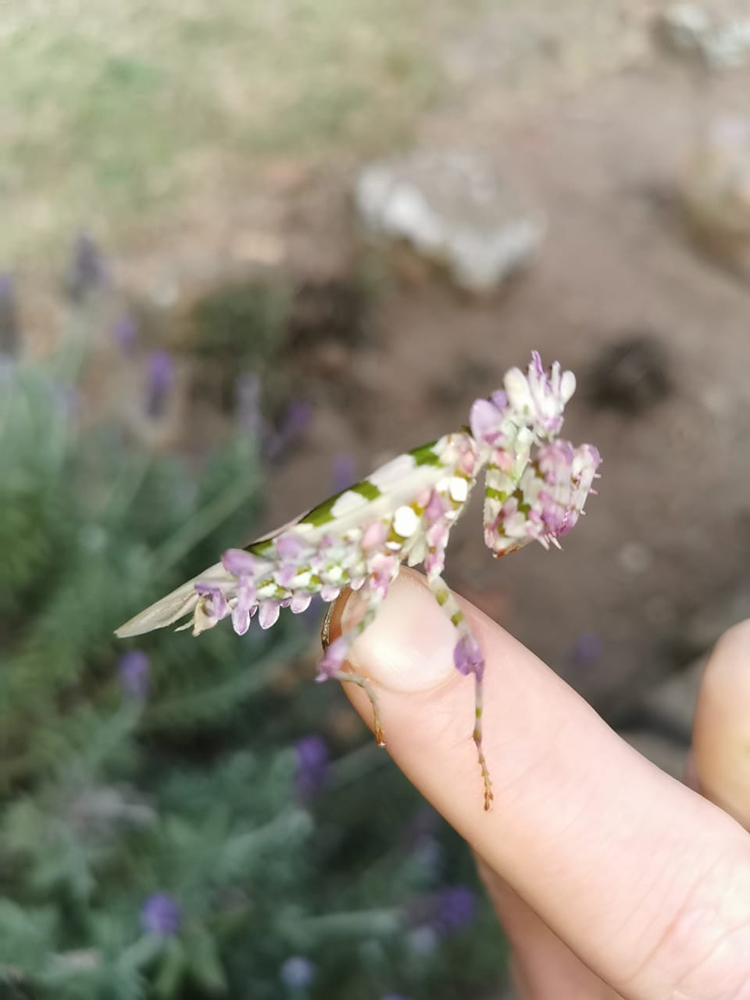