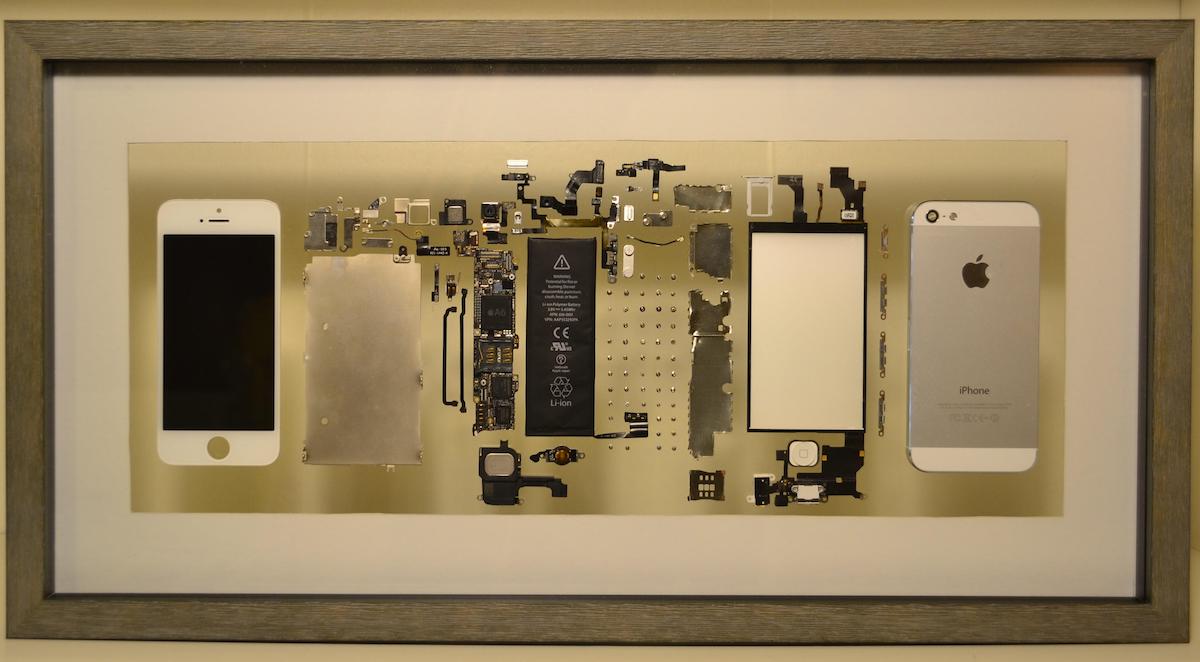 A broken phone is a frustrating but inevitable fate we’re all familiar with. While most people trash or recycle their old cell phones, Reddit user TheIncorporeal turned his into art. The thrifty creative deconstructed his dead iPhone and artistically arranged the individual parts inside a wooden frame.

This isn’t the first piece of tech art TheIncorporeal has created. The artist also framed the parts of other iPhone models, including an iPhone 5, 4S, and 4. The results are surprisingly beautiful, and his most recent piece looks like it belongs in an art gallery. The screen, battery, logic board, and other smaller elements have been carefully placed, one-by-one, inside the frame. Even the tiny screws have been neatly arranged into a grid pattern.

“It isn’t a very difficult process, it just takes a long time,” the artist reveals on Reddit. “I used a very small Philips head to remove all the screws and I took apart everything I could. I then found a nice frame with two panes of glass. I then arranged the components how I liked and then glued them directly onto the glass.”

If you also want to commemorate your old phone, TheIncorporeal is currently accepting commissions. You can contact him directly via [email protected].

Reddit user TheIncorporeal turned his old iPhone into art by deconstructing it and framing the parts. 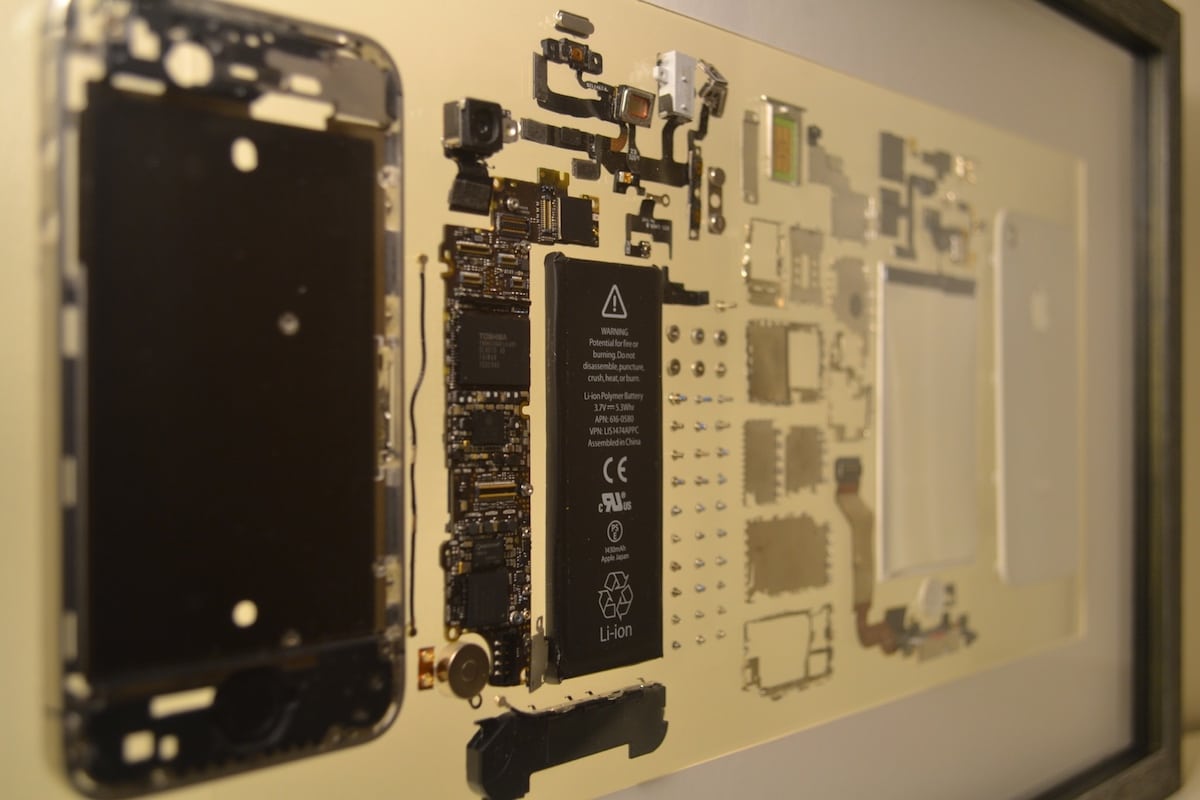 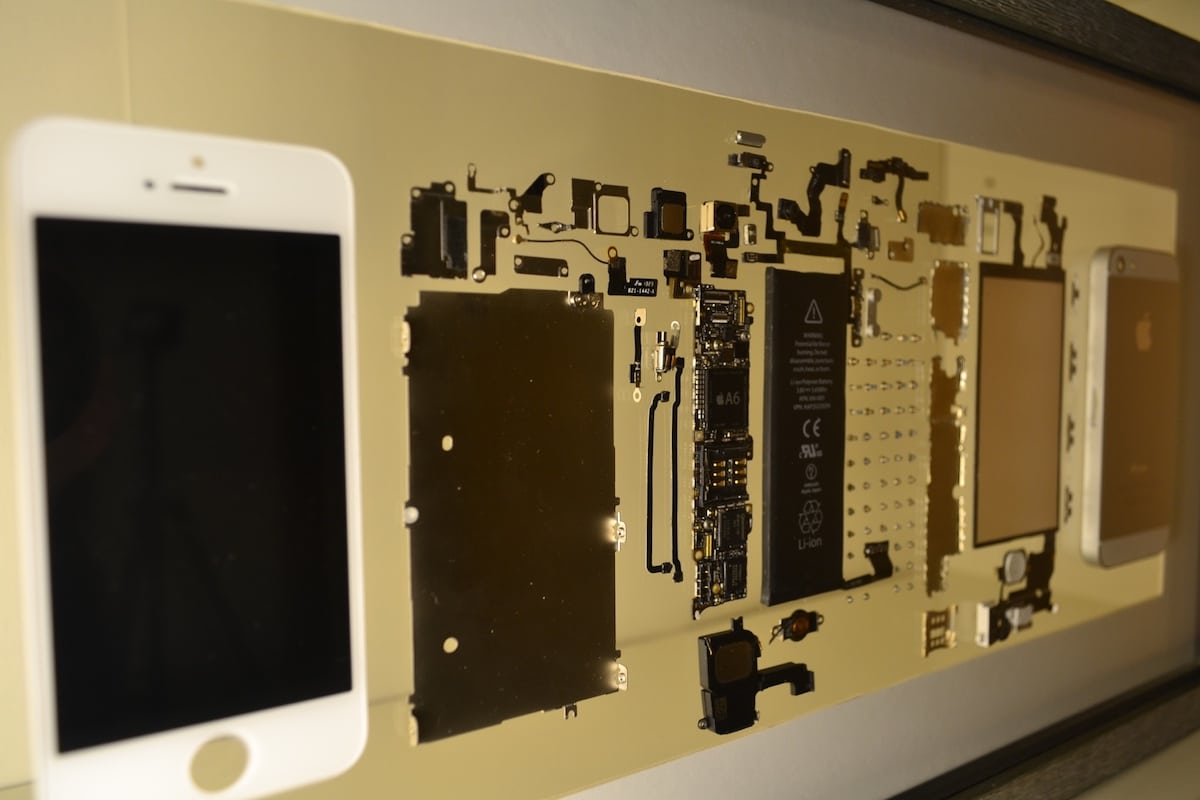 My Modern Met granted permission to feature photos by TheIncorporeal.