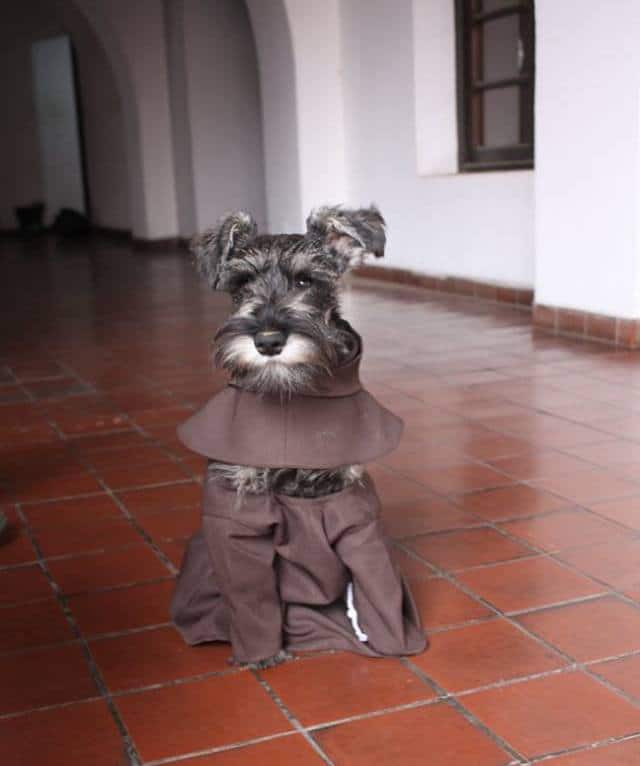 A Franciscan Monastery in Cochabamba, Bolivia has warmly welcomed a four-legged friar into its order. The monastery, fittingly named after St. Francis of Assisi—a Roman Catholic saint known for his adoration of animals—found Carmelo, an abandoned stray schnauzer. The pup was lovingly adopted by the Franciscan fraternity, and he eagerly accepted his new role as the monastery's mascot.

To properly usher in their recent recruit, the brothers christened him with his own holy name: Friar Bigotón, which comically translates to “Brother Mustache.” He was also given his own tiny habit, which he proudly wears as he explores his new dwellings and, of course, receives ample attention from his compassionate rescuers. “His life is all about playing and running,” friar Jorge Fernandez told The Dodo. “Here, all of the brothers love him very much. He is a creature of God.” Friar Bigotón's new life isn't all fun and games, though. As evident in a series of photos posted to Facebook, he takes his religious duties—like “preaching to the fish,” patrolling the grounds, and keeping his robe neat and tidy—very seriously.

Friar Bigotón's lifesaving adoption was facilitated by Proyecto Narices Frias (“The Cold Nose Project”), a local animal rescue organization. Both Proyecto Narices Frias and the Cochabamba monastery hope that the heartwarming tale of the little dog's new life will inspire other compassionate religious groups to follow in their footsteps. “If only all the churches of our country adopt a dog and care for him like Friar Bigotón,” the appreciative organization wrote in a Facebook post, “we are sure that the parishioners would follow his example.”

This is Friar Bigotón, a formerly stray dog and the newest member of a Franciscan brotherhood in Cochabamba. 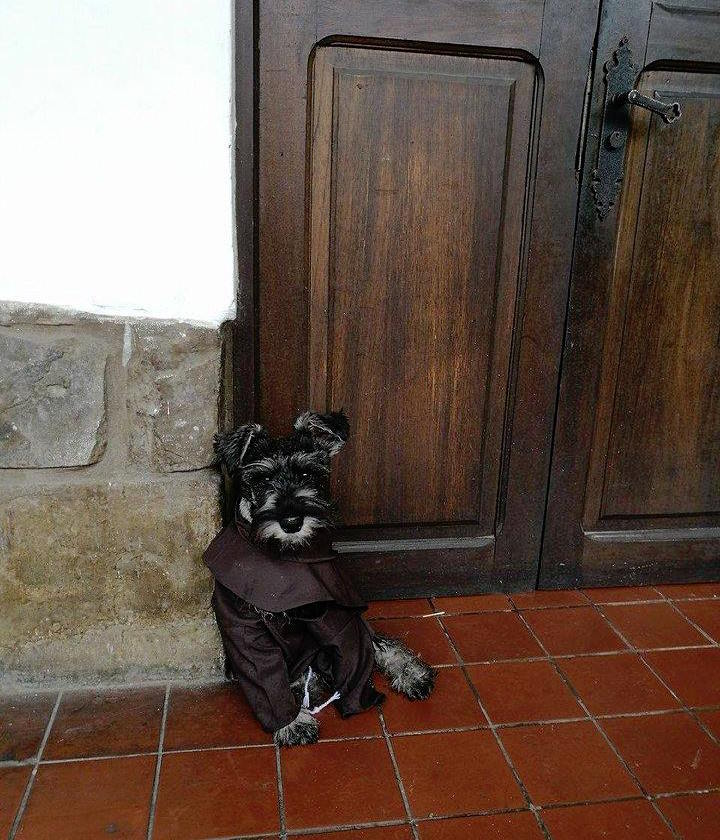 The schanuzer was swiftly adopted by the animal-loving friars, and deemed a mini friar. 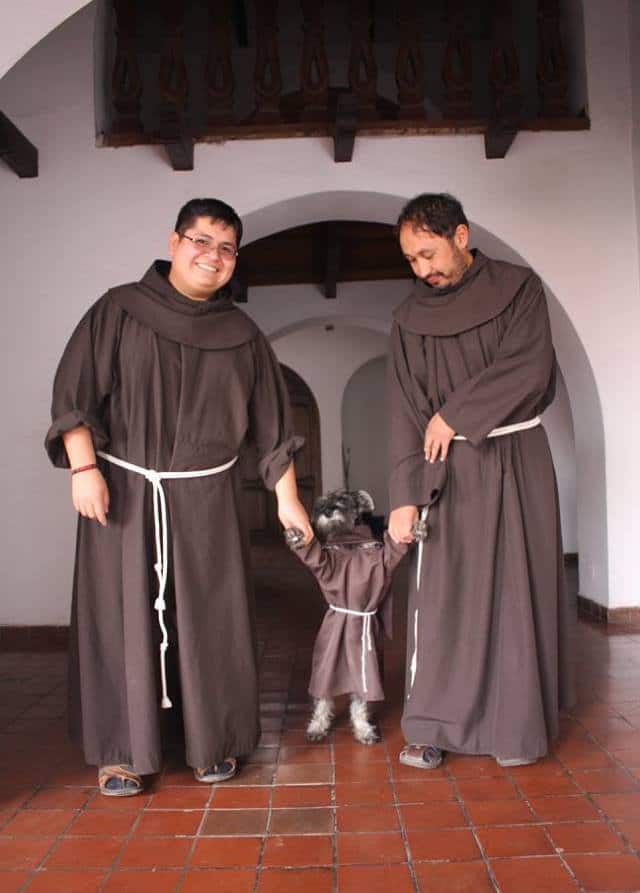 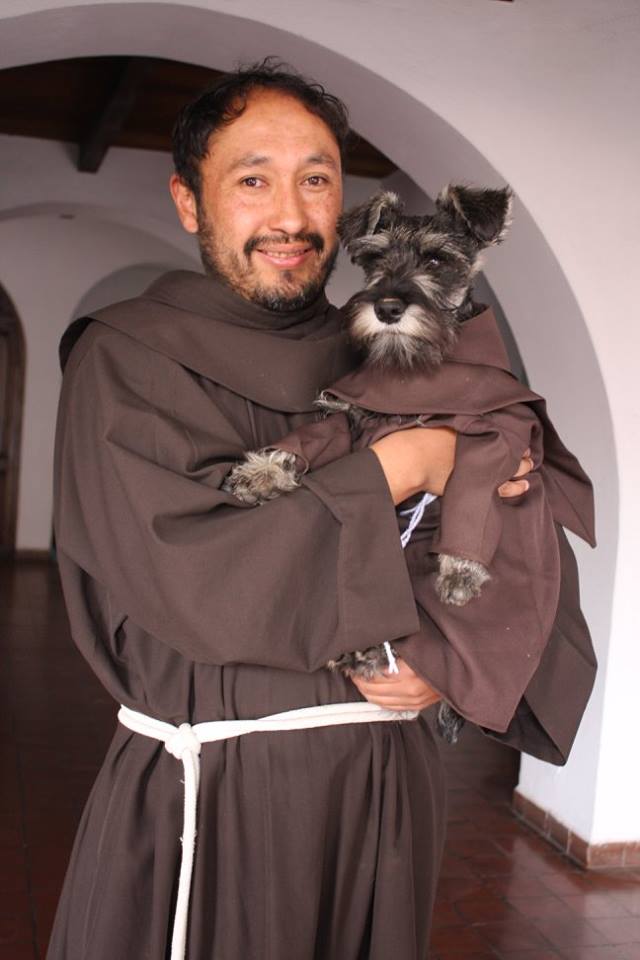 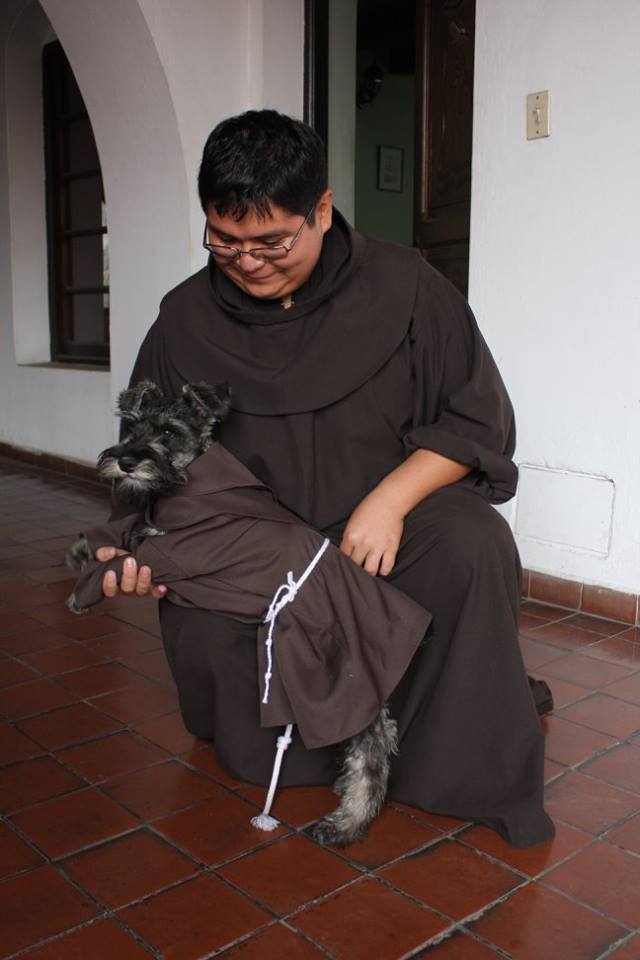 He even has his own honorary teeny, tiny robe. 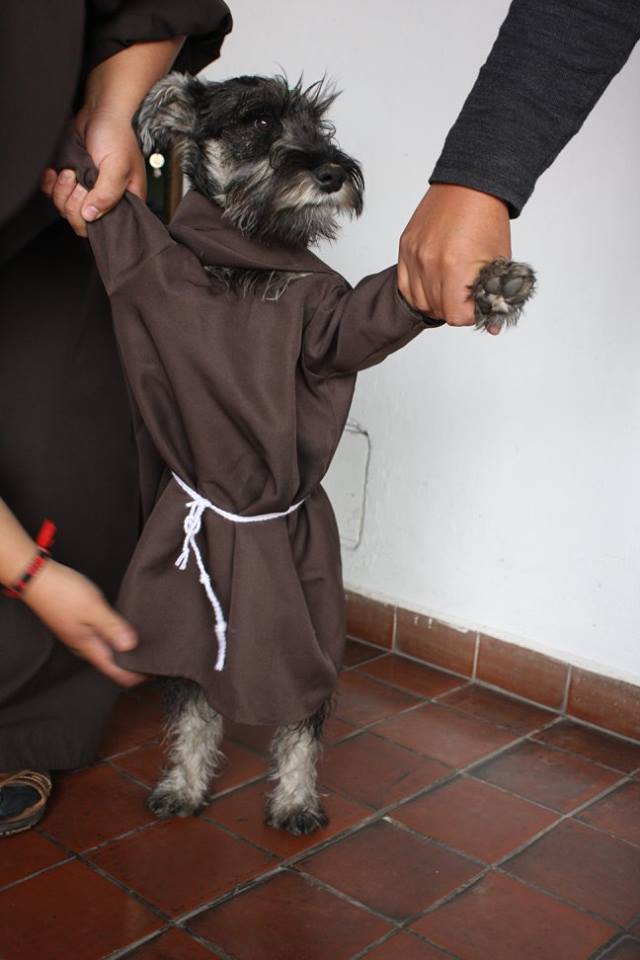 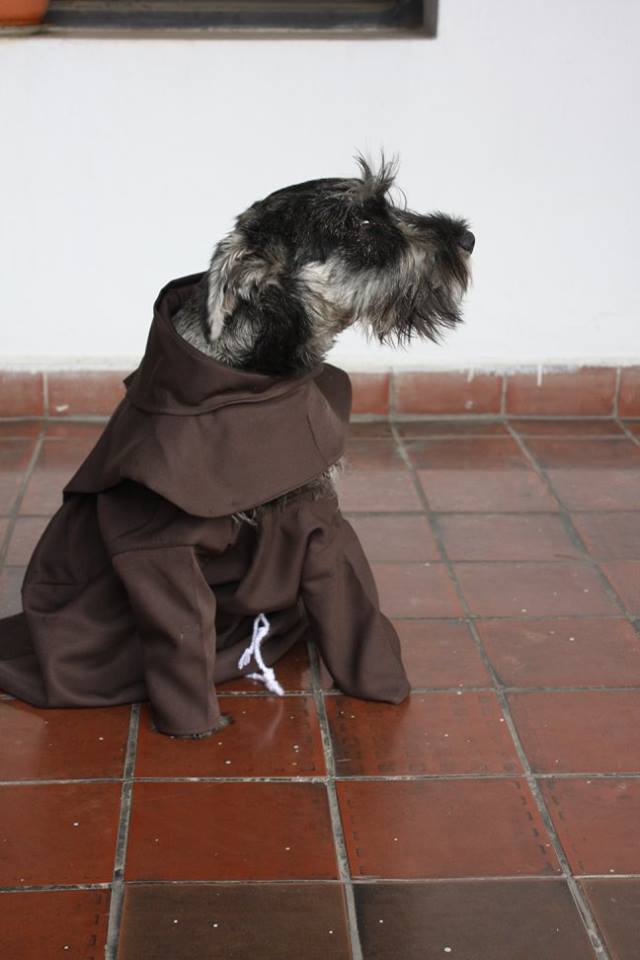 He proudly wears it as he explores his new home. 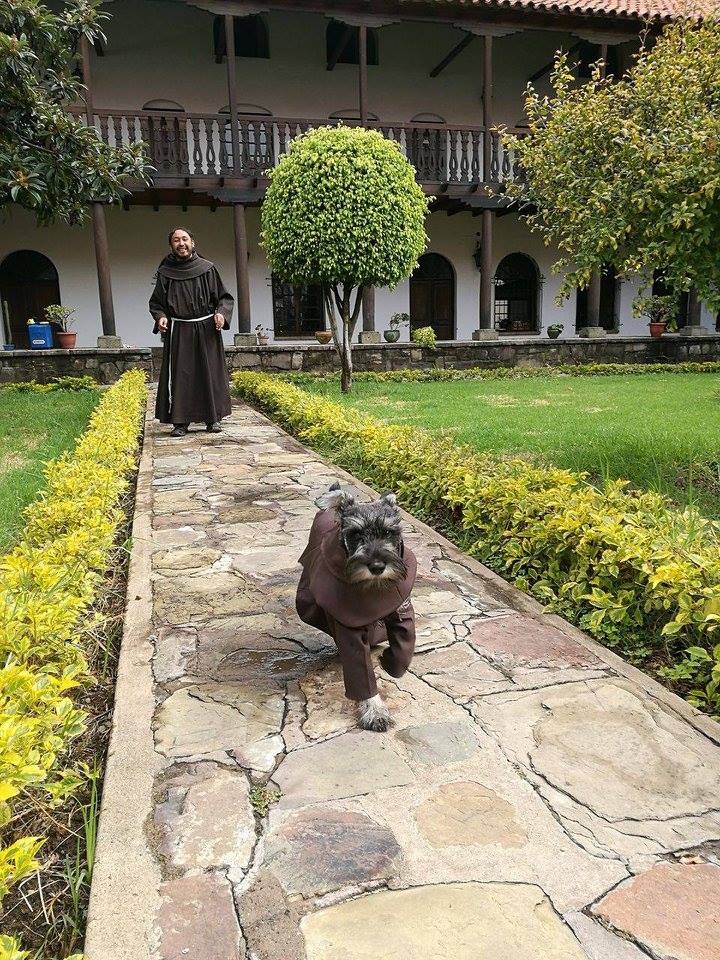 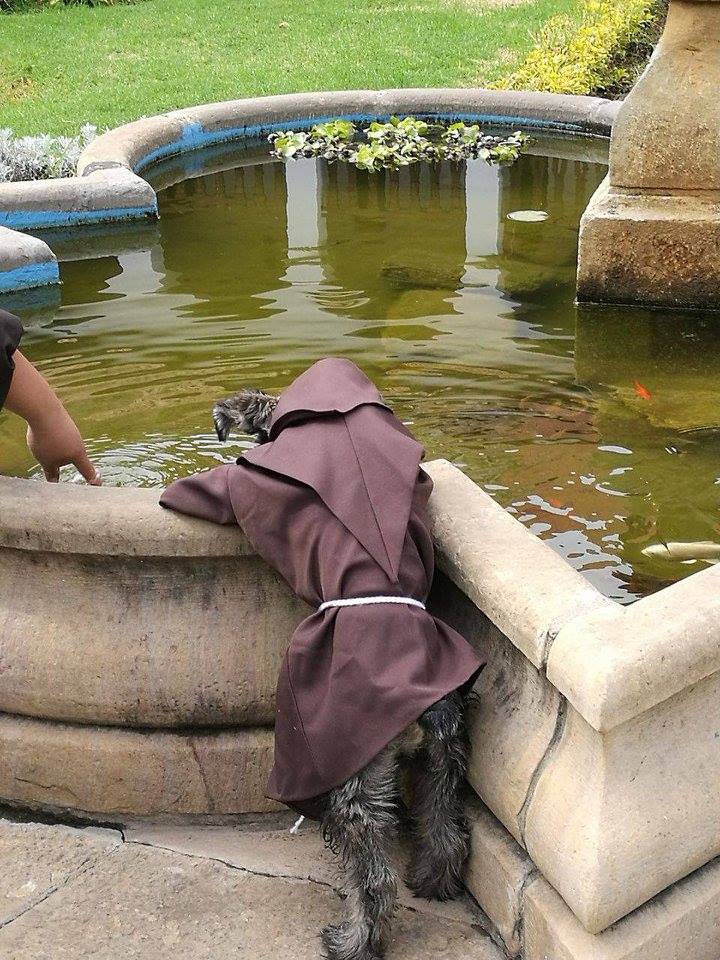 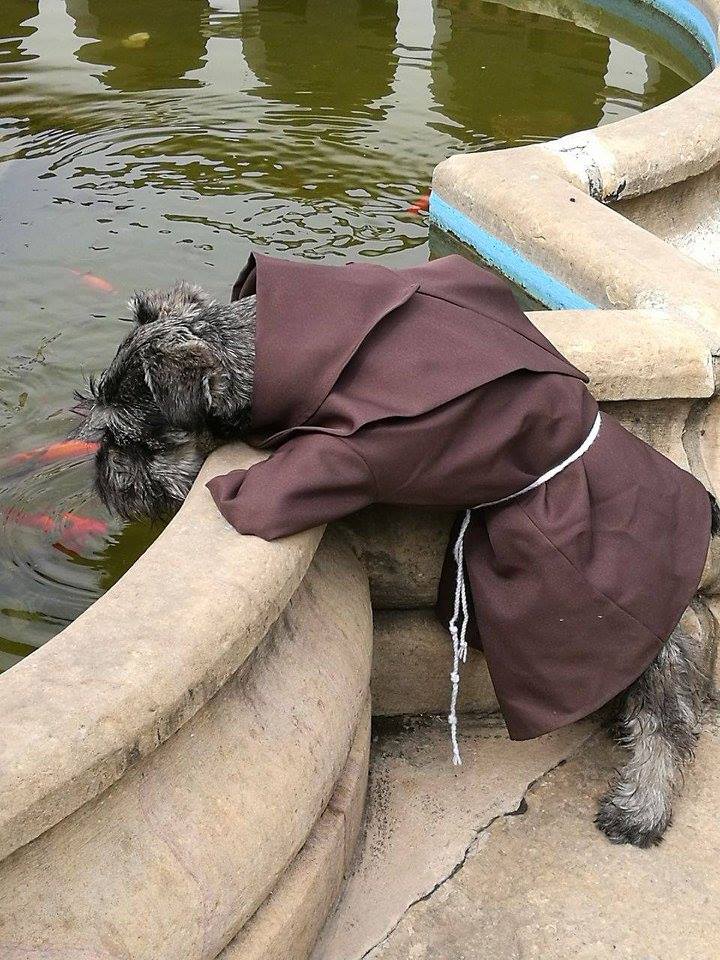 We're sure the lucky little dog is loving his new life! 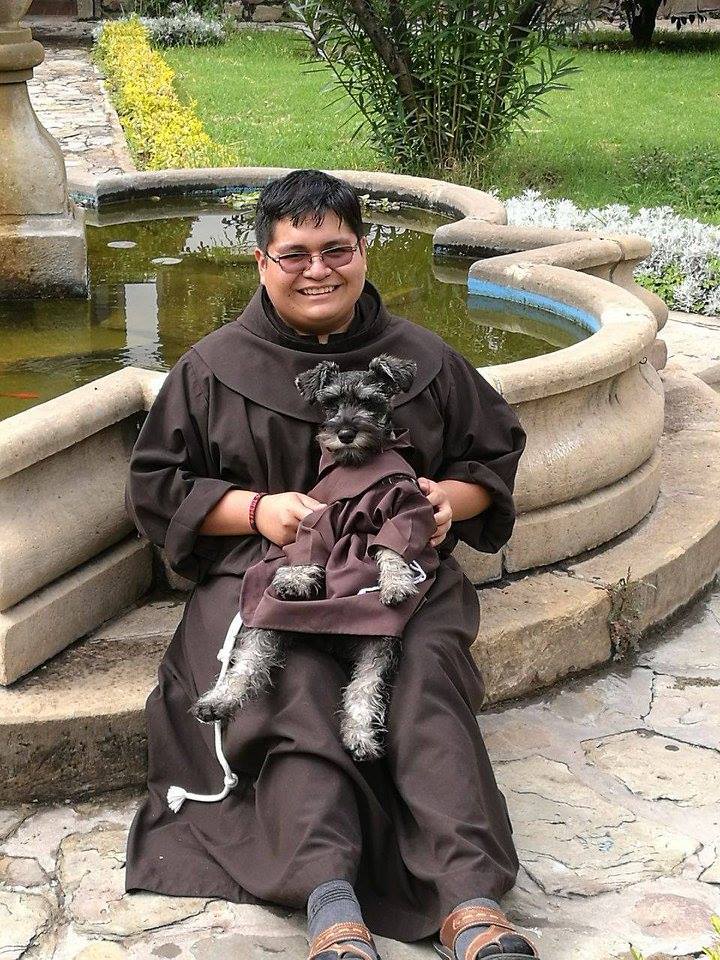