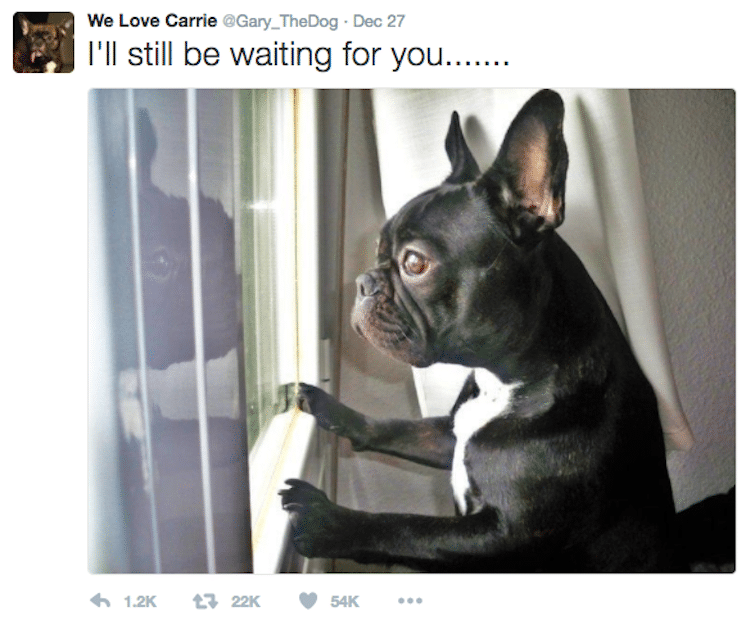 As the world mourns the tragic loss of iconic actress, writer, and activist Carrie Fisher and her legendary mother Debbie Reynolds, countless celebrities have flocked to social media to pay their respects to the beloved woman. While each touching tribute is equally emotional and undeniably heartwarming, there is one unexpected celebrity whose Tweets have been particularly poignant: Gary, Fisher's adorable French bulldog.

As both a therapy dog and a cherished companion, Gary Fisher became a permanent fixture in Ms. Fisher's life. Their close relationship is delightfully documented on Gary's social media accounts. Celebrated both for his hilariously adorable facial expressions (his tongue appears to permanently stick out of his mouth) and for “posting” charming snapshots of his life with his “brilliant mom, Princess Leia,” the precious pooch has amassed a loyal following on Instagram and Twitter. From silly selfies at home to glamorous shots at red-carpet rendezvous, the photos posted by the account illustrate the close relationship between Fisher and her four-legged (best) friend. 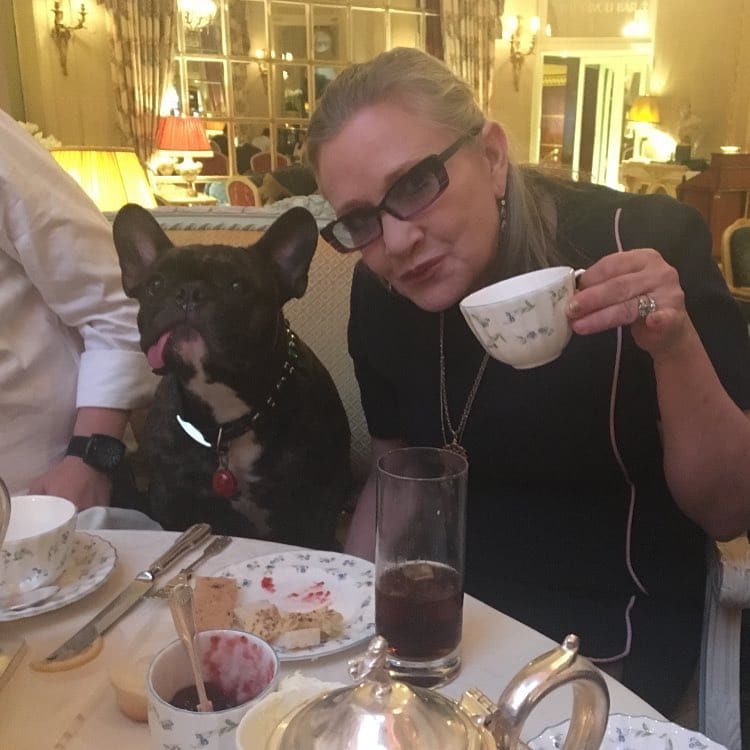 In addition to cute and cuddly photos, Gary also shares sweet stories and comical captions on his social media sites. When Fisher was admitted to the hospital after suffering a heart attack a few days before Christmas, the devoted dog assured her that he would be anxiously awaiting her return. And, just a few days later, when Fisher tragically passed away, Gary posted another heartbreaking message that read: “I'll still be waiting for you…….” accompanied by the same wistful photo of a Frenchie looking out the window.

Saddest tweets to tweet. Mommy is gone. I love you @carrieffisher

I'll still be waiting for you……. pic.twitter.com/ef461OcqKJ

I was always by your side but best of all you were always by mine. #RIPCarrie pic.twitter.com/QgeOYdmmH2

Following the untimely death of Carrie Fisher, her mother Debbie Reynolds suffered a fatal stroke, prompting yet another series of heartbreaking tweets from Gary.

“I miss her so much, I want to be with Carrie.” -Debbie Reynolds told Todd Fisher (Carrie's brother) earlier this morning. 🙁

I think this photo of #DebbieReynolds sums it up for us all. pic.twitter.com/t0iPNgSnmD

While the identity of Gary's ghostwriter has long been a mystery, in light of Fisher's death, the account has confirmed it is run by a fan. Citing an affinity for Fisher's career and an admiration for her silly sidekick, the anonymous author started the social media account as a bit of a joke, but will continue to post updates regarding the pooch and his grieving family. “I hope, if anything, my Tweets will help you in someway deal with the [loss] of Carrie and now her mother,” the “dog” has confessed. “I know it's helped me.” 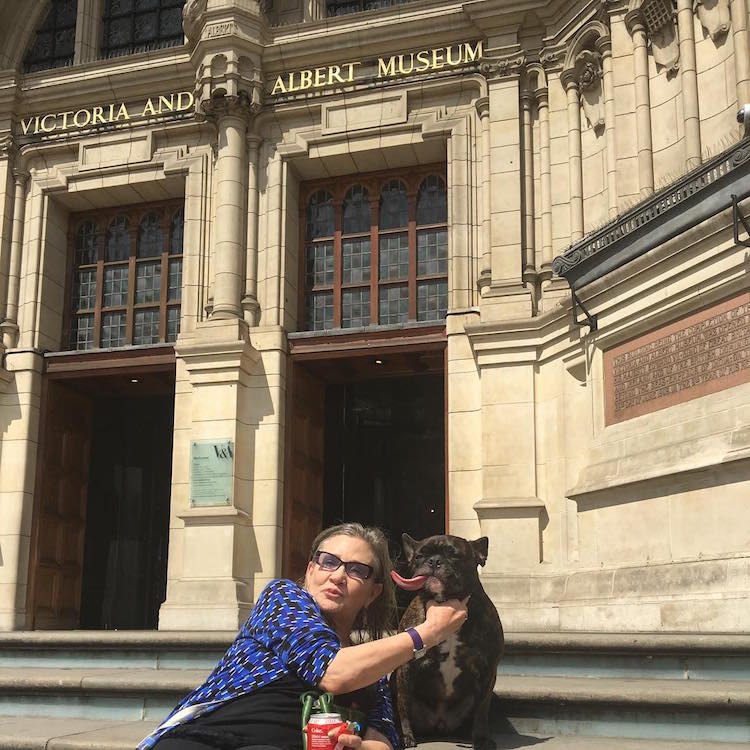 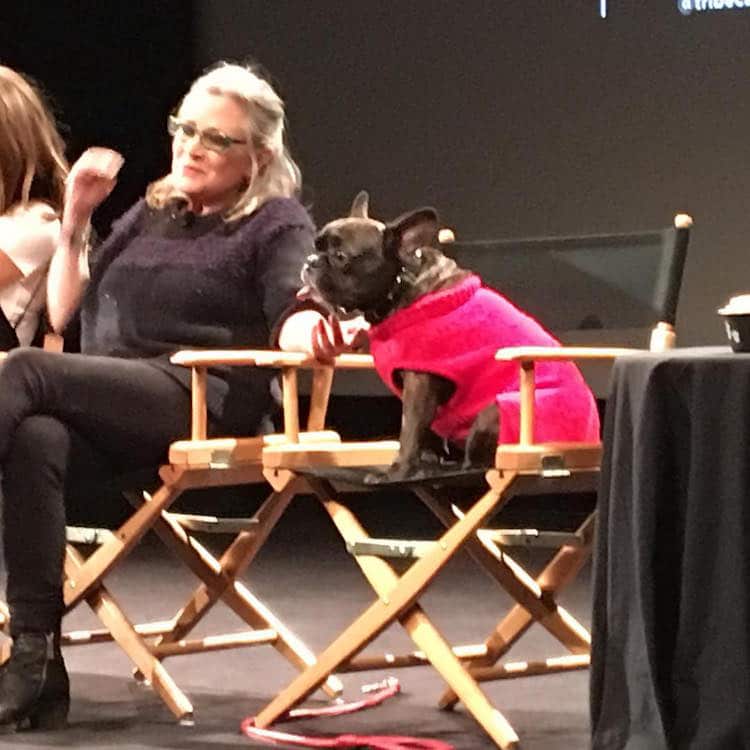 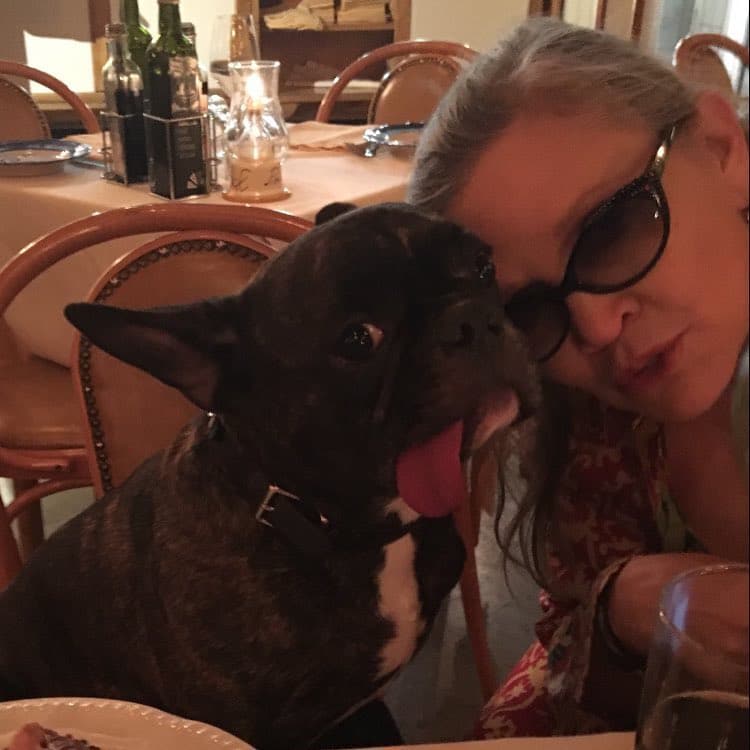 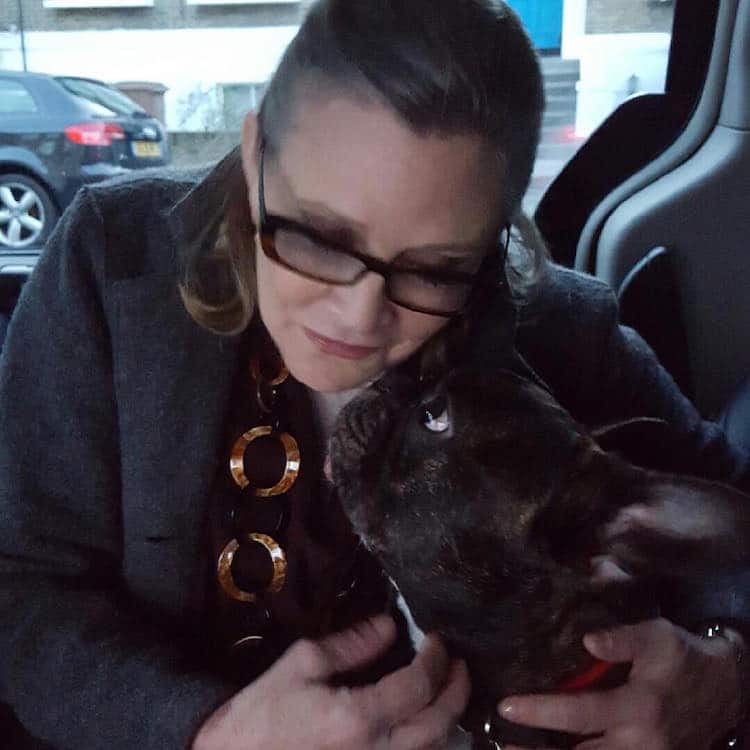 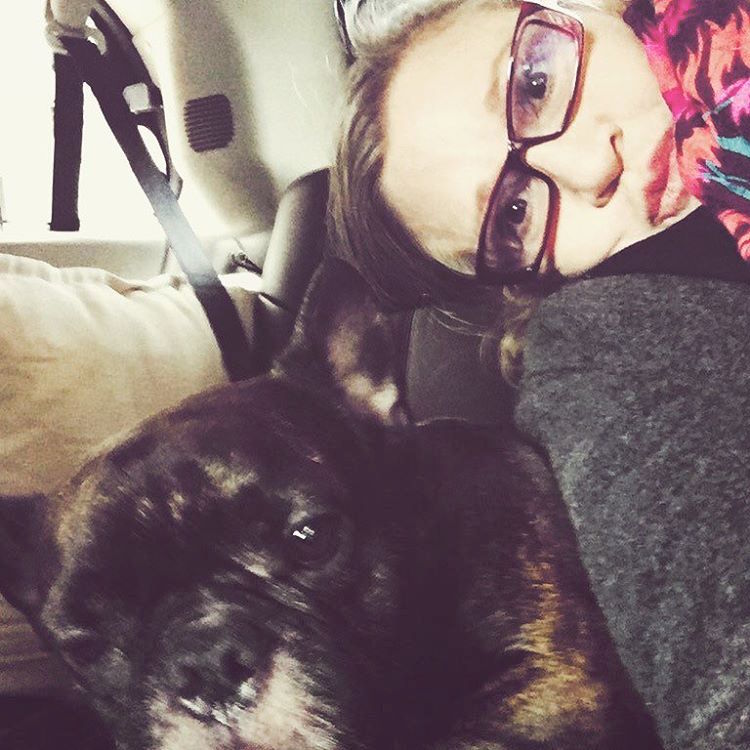 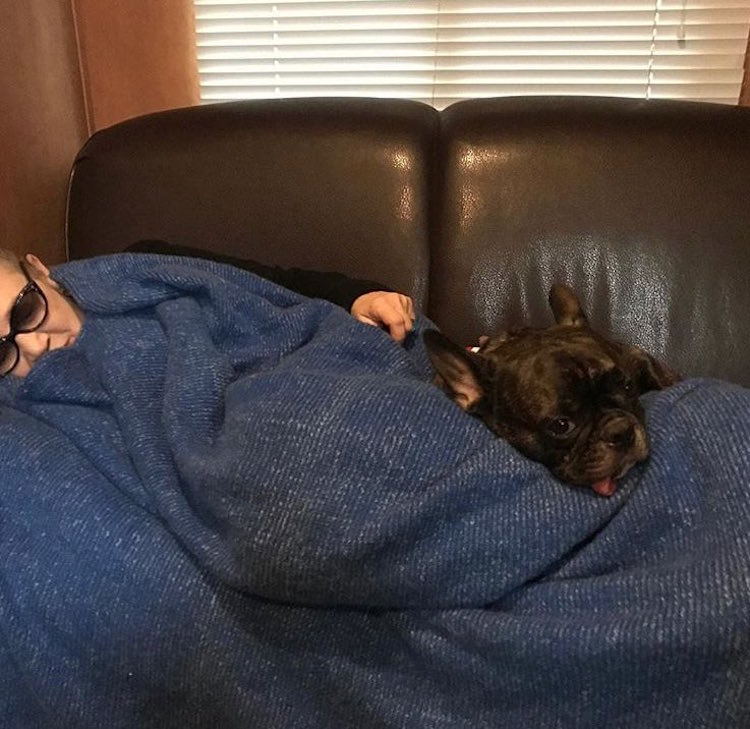 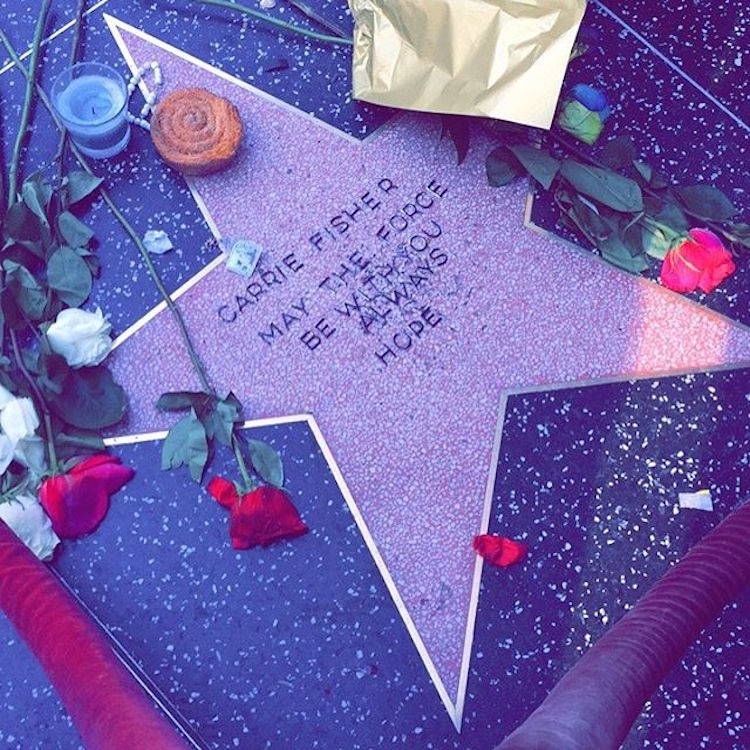 All images via Carrie Fisher.