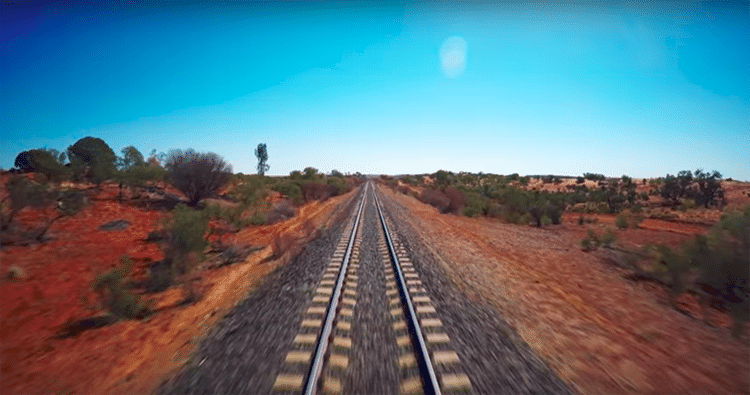 Claimed to be Australia’s first attempt at the“Slow TV” movement, the SBS television network recently televised The Ghan: Australia’s Greatest Train Journey. The uninterrupted, 17-hour livestream show revealed the “stunning topographical vistas and dramatic palette changes” of The Ghan train journey in real time. Known to be one of the world’s most scenic train trips, the Ghan train runs 3,000 kilometers (over 1,800 miles) north to south through the “Red Centre” of Australia from Darwin to Adelaide.

Last week the channel released a 3-hour, condensed version of the journey. It was so popular it became SBS’s highest rated show of the past 12 months, and even temporarily crashed their website due to high traffic. Two days later SBS announced the 17-hour full version, with their latest trailer inviting viewers to “take it slow, and go on a journey like no other.” For people wanting to escape the hustle and bustle of modern-day life, they’re able to immerse themselves in a virtual Australian outback. While some described it as “watching paint dry,” others were mesmerized by the broadcast, claiming it was “addictive and hypnotic.”

With “no commercials, no stress. Just you and tracks ahead,” the lengthy, real-time documentary shows Australia’s stunning landscape from the train driver’s perspective—a view that many people would never get the chance to experience in real life. Text appears throughout the video, explaining the local history of each new area, with a focus on indigenous history and early European, Chinese, and Afghan immigrants, which The Ghan is named after.

If you too would like to catch this slow TV train, you can watch both the 3-hour and 17-hour versions via SBS On Demand, if you have an account. If you’d rather experience the real thing, the rail service—operated by Great Southern Rail—is scheduled weekly. Including a four-hour stopover in Alice Springs, the journey takes a total of 54 hours. 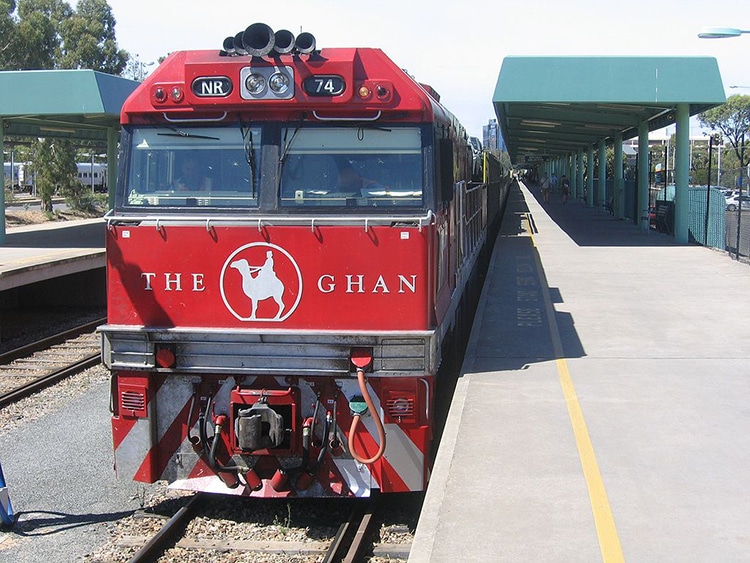 The Ghan Train via Wikimedia Commons

Known to be one of the world’s most scenic train trips, the Ghan train runs 3,000 kilometers (~1,800 miles) north to south through the “Red Centre” of Australia from Darwin to Adelaide. 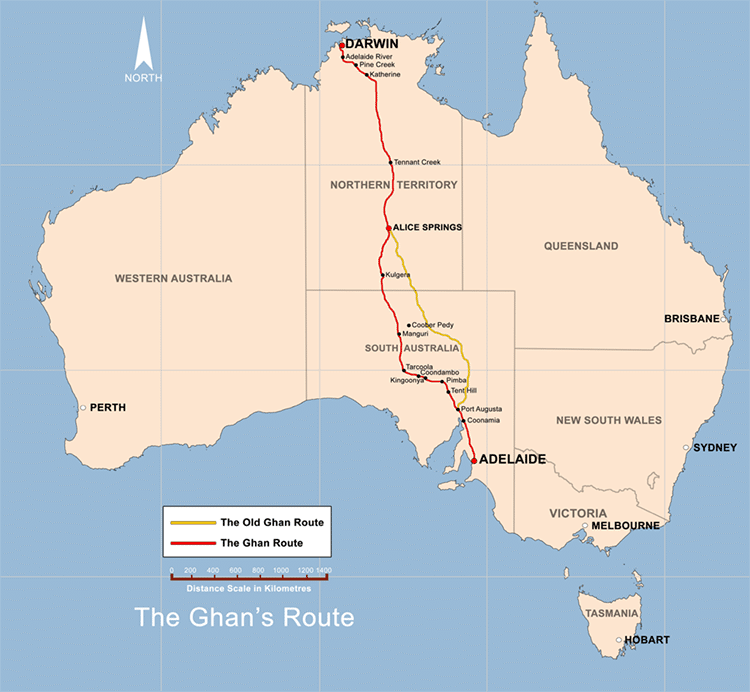 The Ghan’s Route (Image: Bidgee via Wikimedia Commons (CC BY 3.0)

All aboard! Share
Like My Modern Met on Facebook
Get Our Weekly Newsletter
Become a
My Modern Met Member
As a member, you'll join us in our effort to support the arts.
Become a Member
Explore member benefits
All aboard!