Nostalgic Underground Bunker Eerily Mimics a Neighborhood From the 1960s 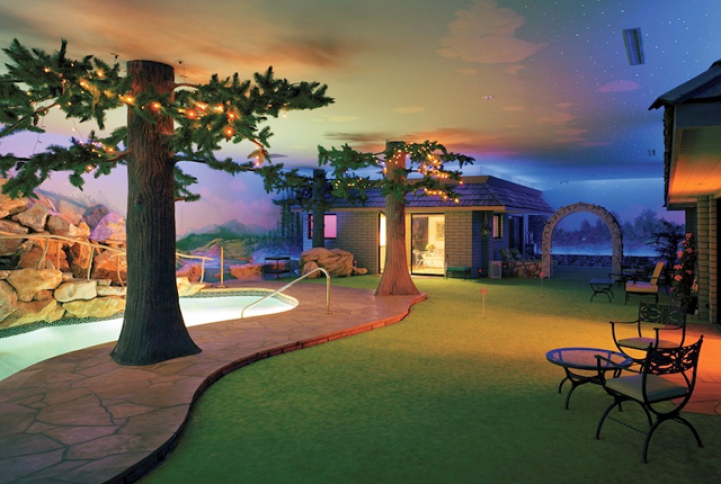 Mountain views, a Jacuzzi, a posh pink-tinted washroom—this property has all the makings of an opulent home, except that it’s entirely subterranean. A full 25 feet underground, it’s the work of Girard B. “Jerry” Henderson’s Underground World Home Inc., which constructed bunkers like these back in the 1960s and 70s when the majority of Americans feared the imminence of nuclear war and wanted concealed spaces where they could live safely if necessary.

It’s now hard to imagine truly residing sans authentic fresh air, but back then, these sorts of shelters were especially popular—somewhere around 200,000 were constructed by 1965. Henderson’s were among the more lushly extravagant. This particular real estate relic—still in tact, in an aesthetic testament to 60s style and suburban idealism—spans 5,000 square feet beneath a normal house at 3970 Spencer Street in Las Vegas, encased in a thick concrete shell for protection from potential warfare. Its “sky” is manually operated via a dimmer with settings for morning, dusk, and night, providing faux sunlight (as if to nourish its faux trees), and the kitchen, three bathrooms, two bedrooms, and heated pool are all perfectly functional. There’s even a four-hole putting course and a dance floor for extra pizzazz.

Henderson advertised his glamorously festooned fallout shelters like this one in a brochure at the 1965 World’s Fair, romanticizing their seclusion: “Fantastic… An impossible dream… The perfect way of life for future generations? Not at all—It’s here NOW! Create Your own private world… Shut out noise, dangerous intruders, storms, pollen, air pollution.” He was a staunch believer in personal freedom and even published a self-published a book in 1981 called Turn Back the Clock, Sam, ruing American culture’s shifts toward a stronger central government and thus less individual liberty. He passed away two years later, but this home—among, likely, many others—still remains. (A nonprofit called Society for the Preservation of Near Extinct Species purchased it for $1.15 million in March 2014, though the organization’s true identity and intention is unclear.) 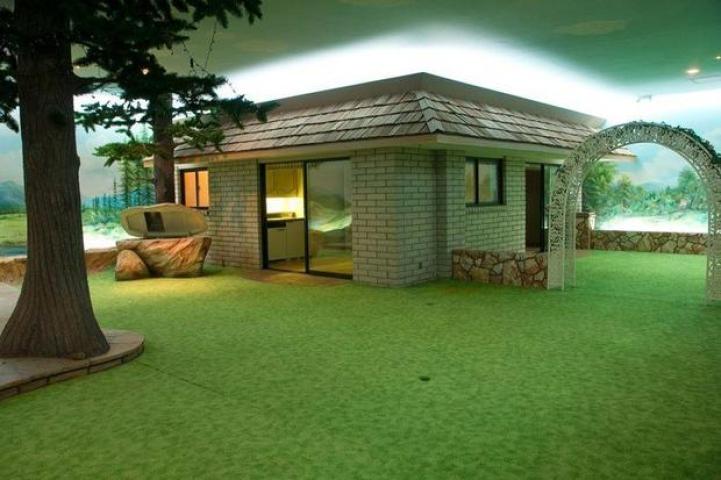 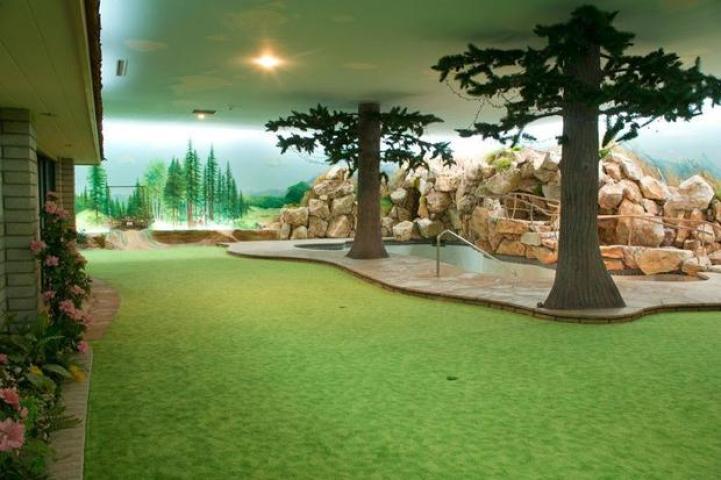 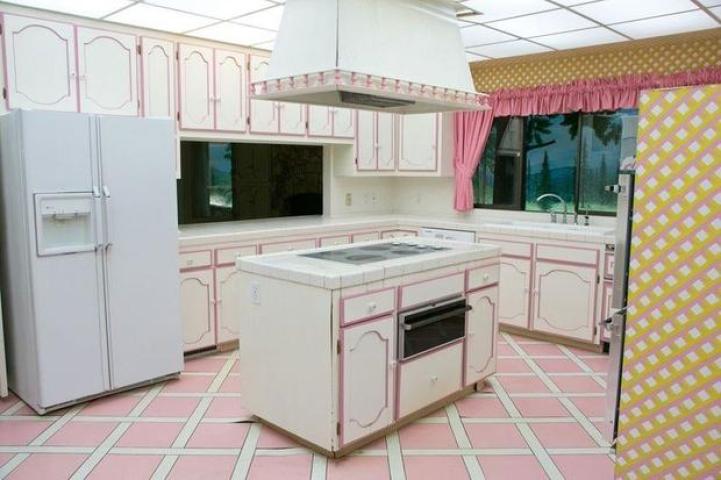 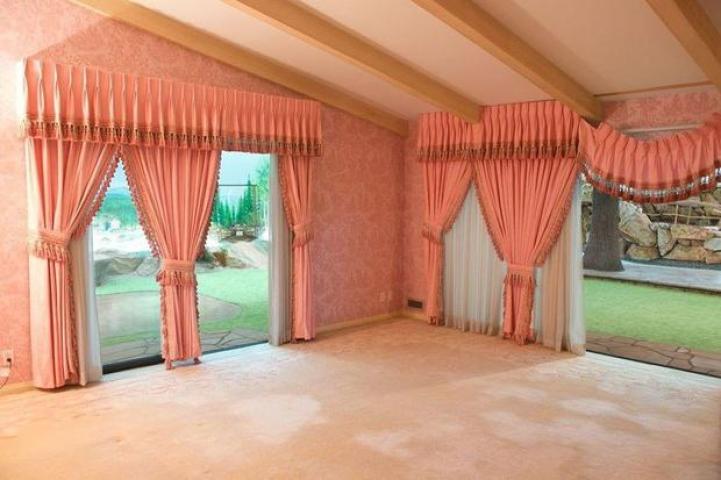 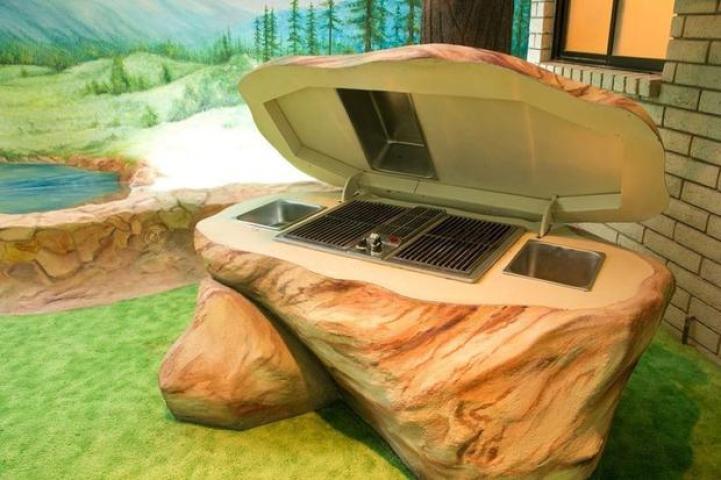 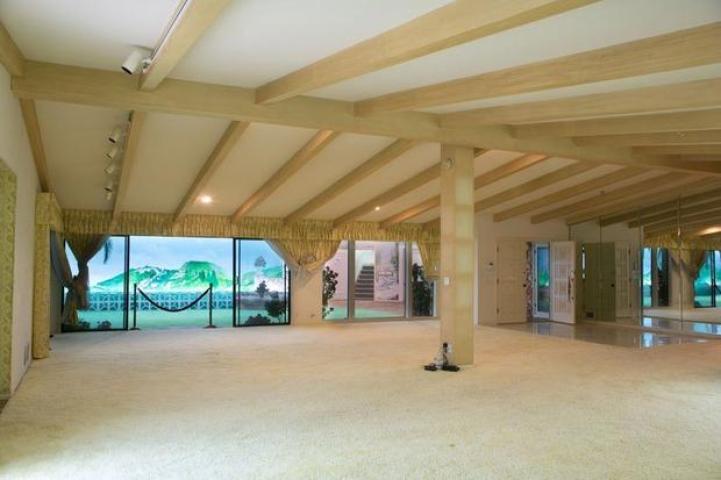 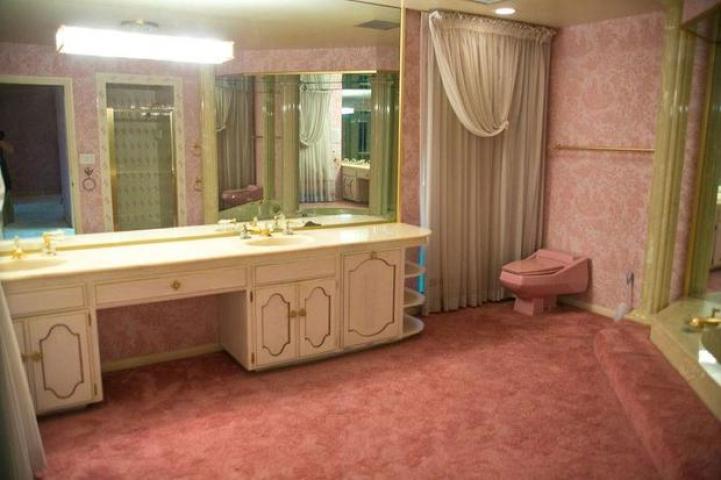 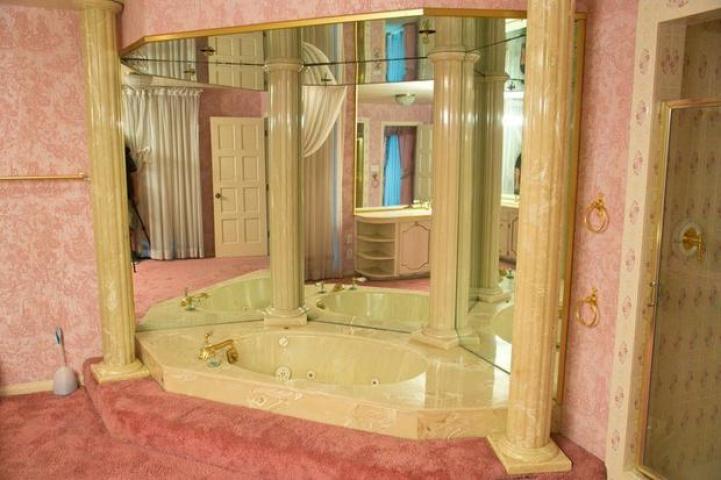 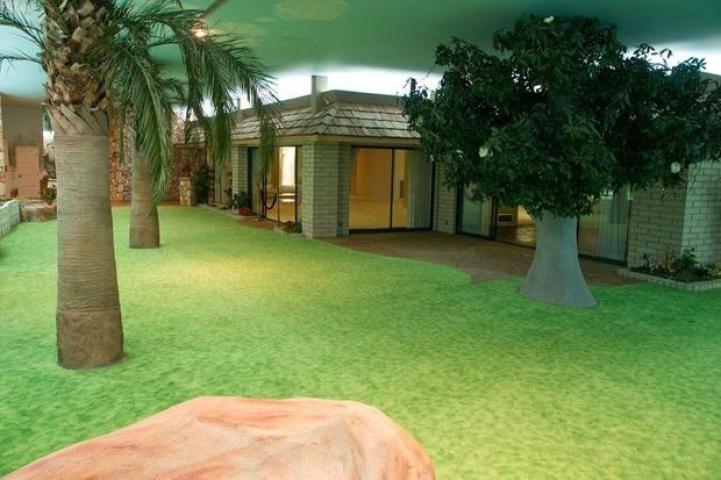 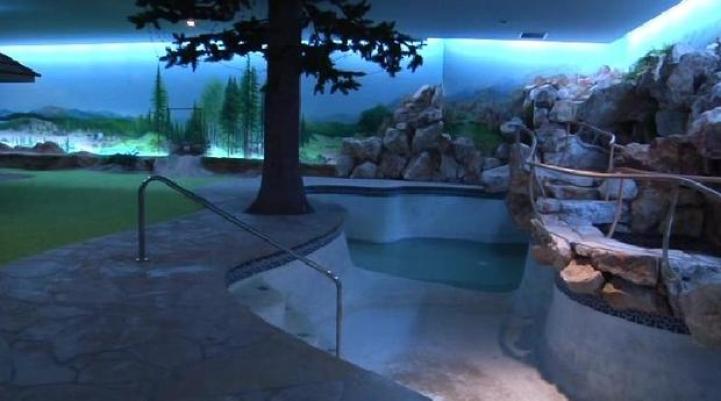 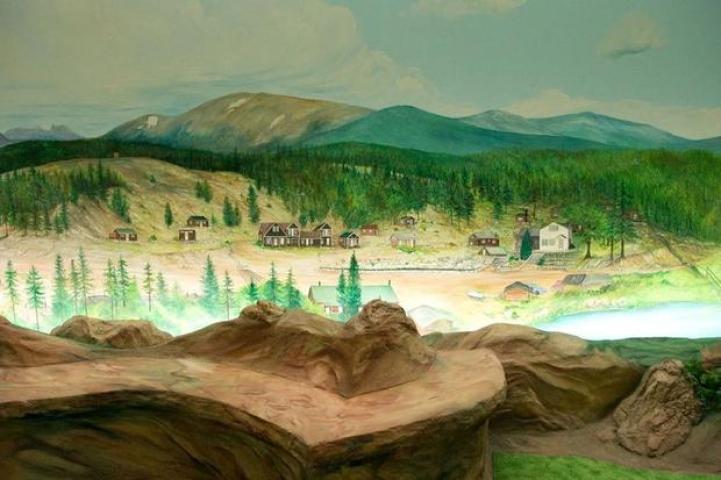 All images via Red Fin.