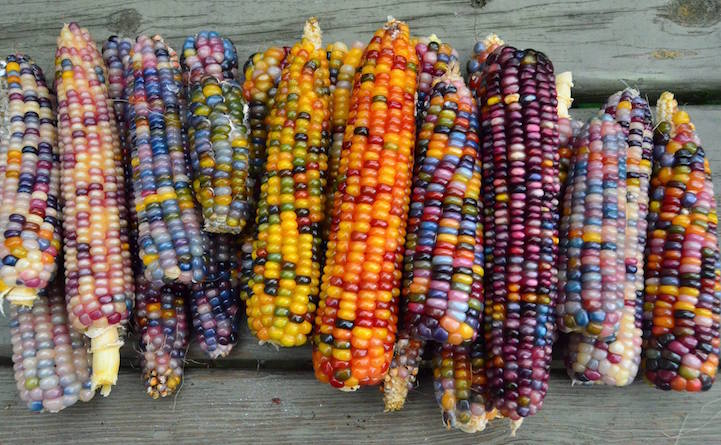 Nature often surprises us with the amazing things it produces, and Glass Gem corn is a fantastic instance of when the line between what's real and fake is blurred. The rainbow-colored kernels resemble brilliantly-hued strands of jewels rather than something you'd find on your plate. They're all natural, however, and are the result of heirloom-style farming as well as selective planting.

The story behind these special corn cobs started with an Oklahoma-based farmer named Carl Barnes. As an adult, the half-Cherokee Native American began growing older varieties of the crop as a way to reconnect to his roots. In doing this, he isolated heirloom corn seeds that were lost to Native American tribes when, in the 1800s, they were relocated to present-day Oklahoma.

Barnes shared and exchanged the ancient corn seeds with people he had met around the country, while he also selected and planted grains from the more colorful varieties. This is how the dazzling rainbow corn was born, but these weren't crops that he kept to himself. Thanks to Barnes, fellow farmer Greg Schoen became acquainted with the vegetable in 1994 at a native-plant gathering in Oklahoma. Mesmerized by the colors, Barnes gave Schoen some of the seeds, who then planted the rainbow corn next to traditional yellow varieties. This mixture led to new and exciting hybrids.

Like Barnes, Schoen passed the seeds along to others, one being Bill McDorman. He owned an Arizona company called Seed Trust, and he's now the Executive Director of Native Seeds/SEARCH. The non-profit conservation organization now sells the seeds online.

Have you ever seen rainbow corn? 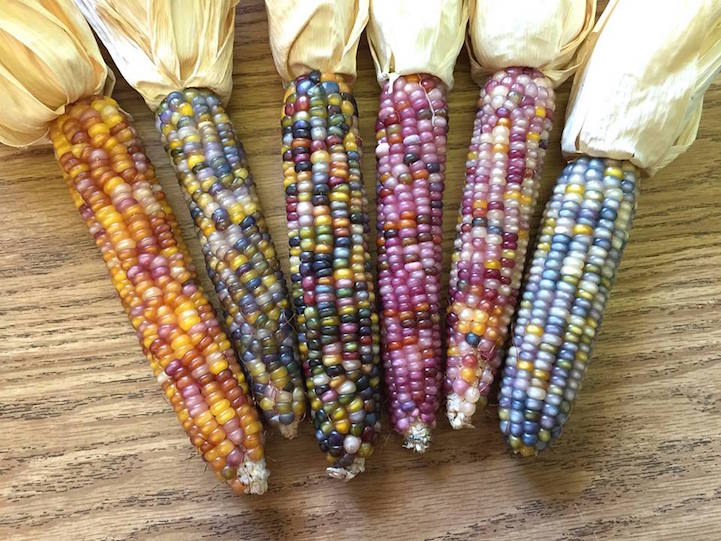 This unique strain of corn makes each kernal look like a colored jewel. 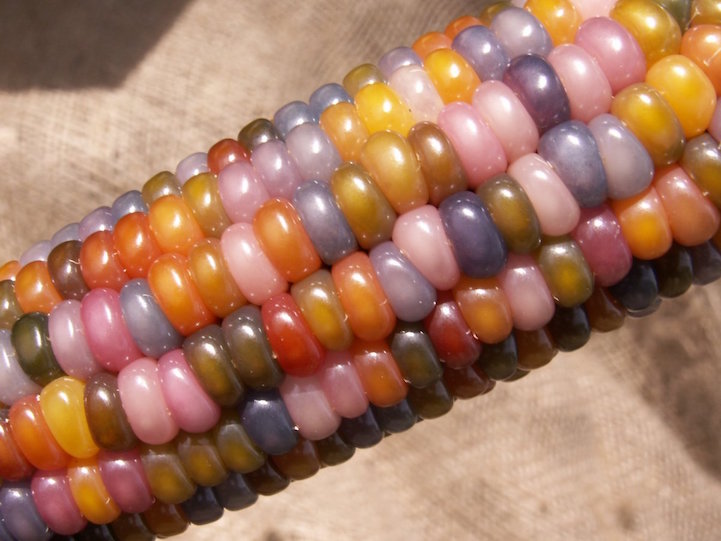 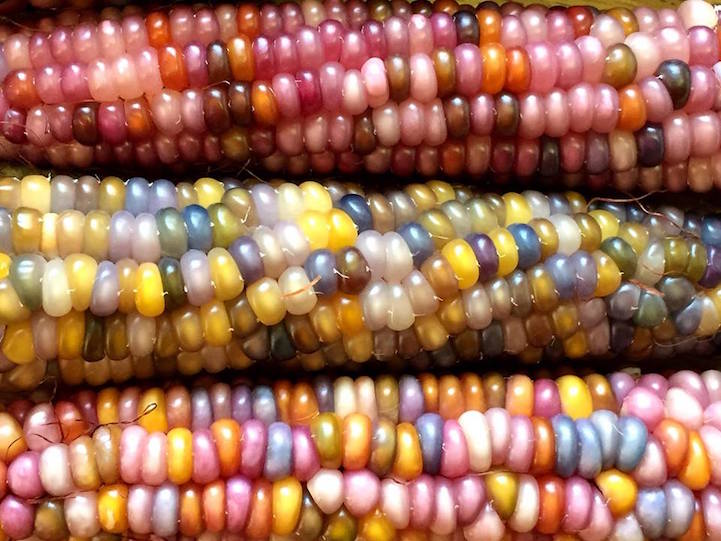 If we didn't know any better, we'd think this was a hard piece of glass art. 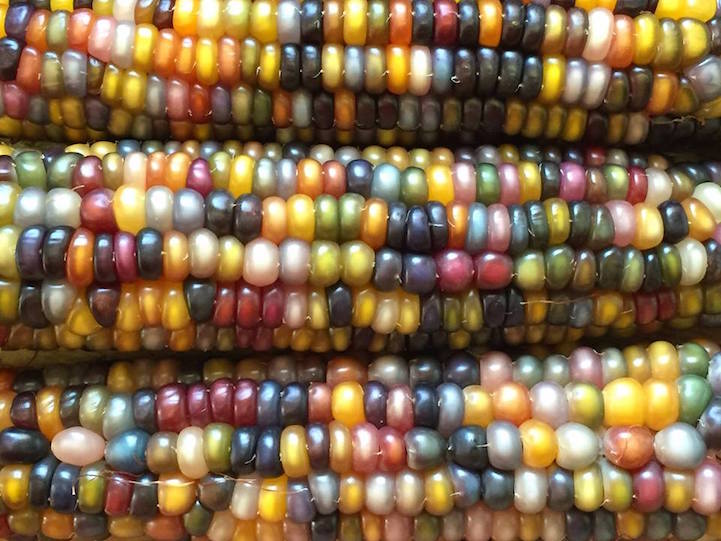 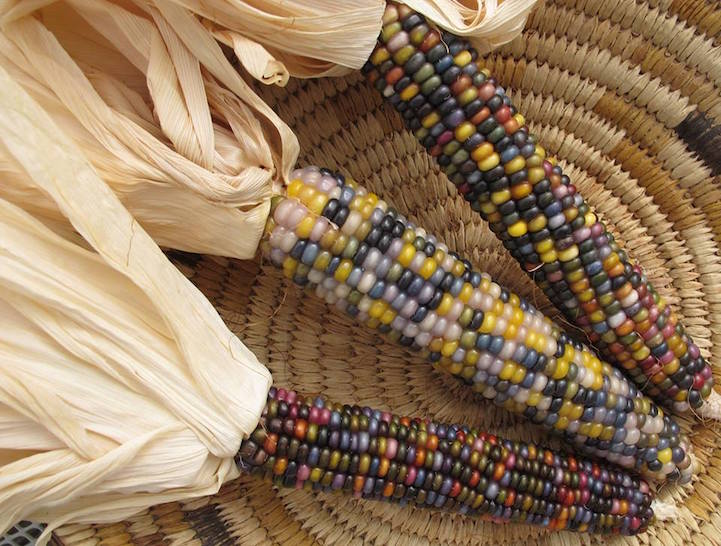 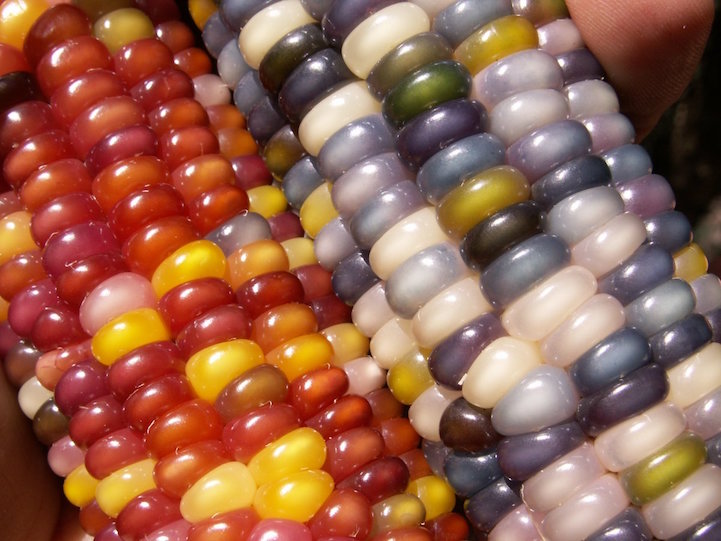 Some strains stick to a gradience of one color. 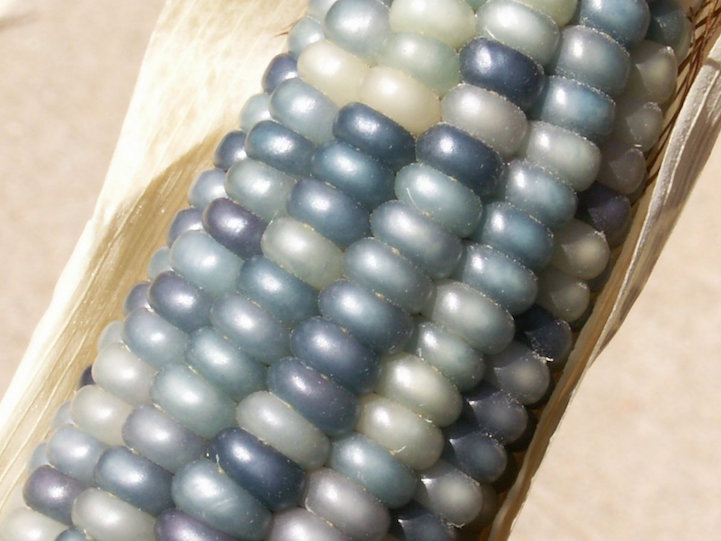 Others have various colors with no specific color scheme. 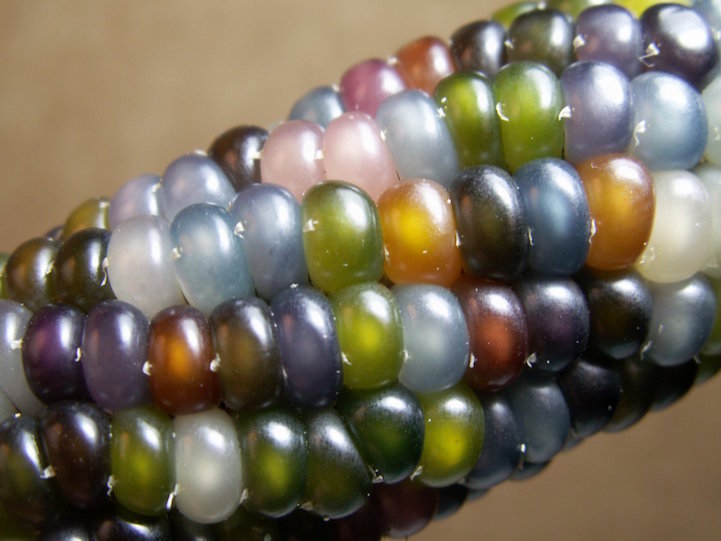 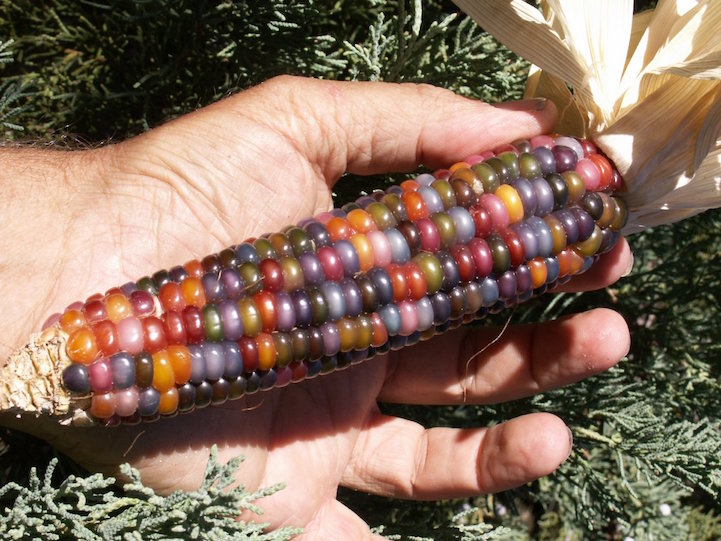 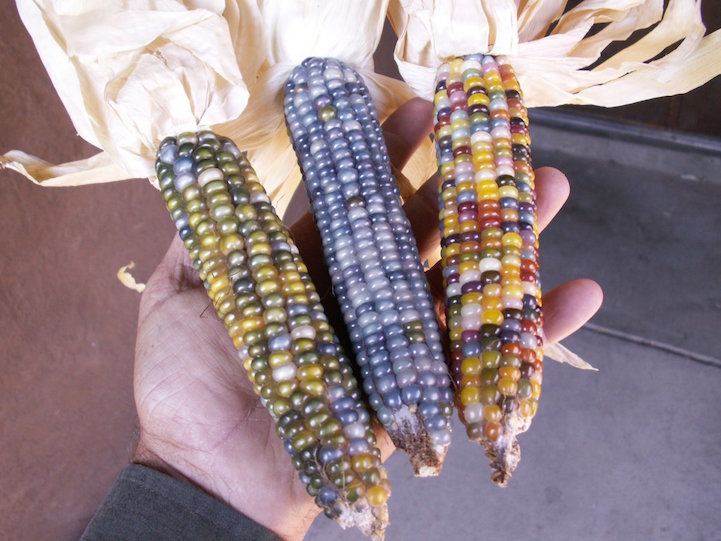 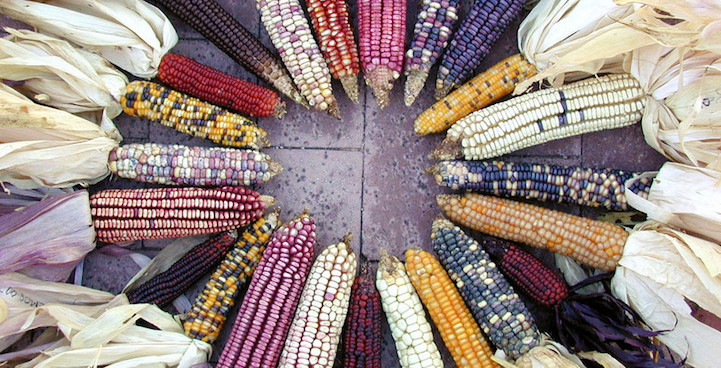 This Redditor shared his haul, pointing out how the ear of corn looks like a bunch of jelly beans.

This Canary Island Beach Has Sand That Looks Exactly Like Popcorn 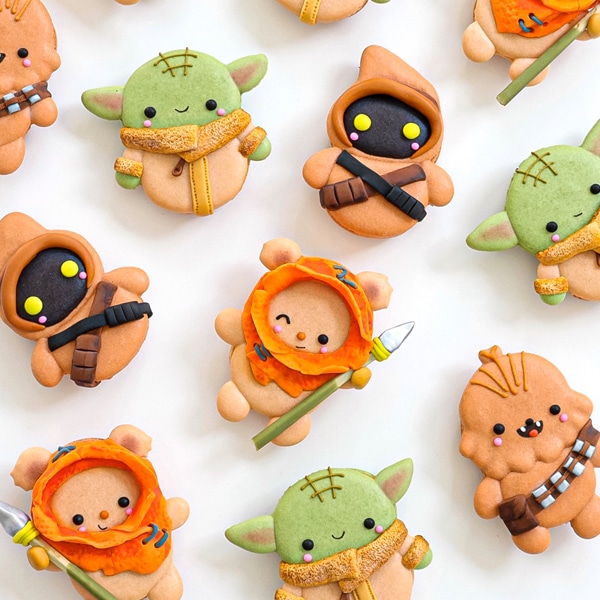 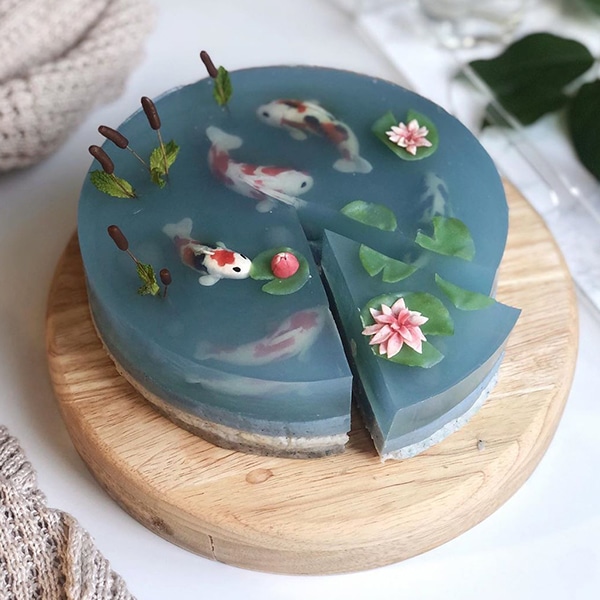 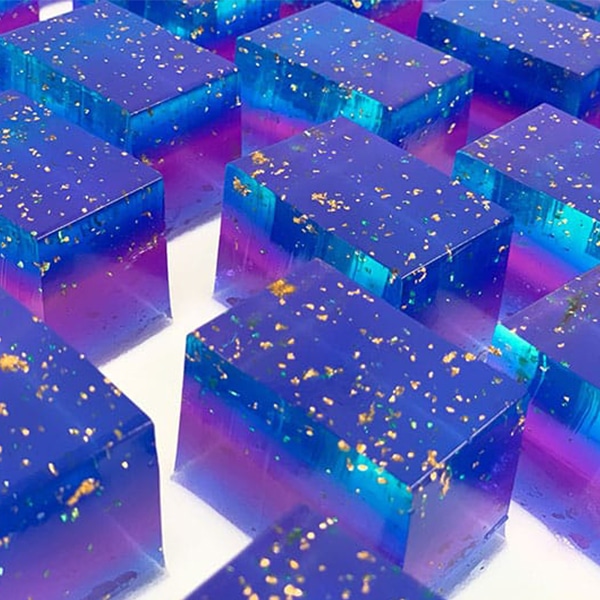 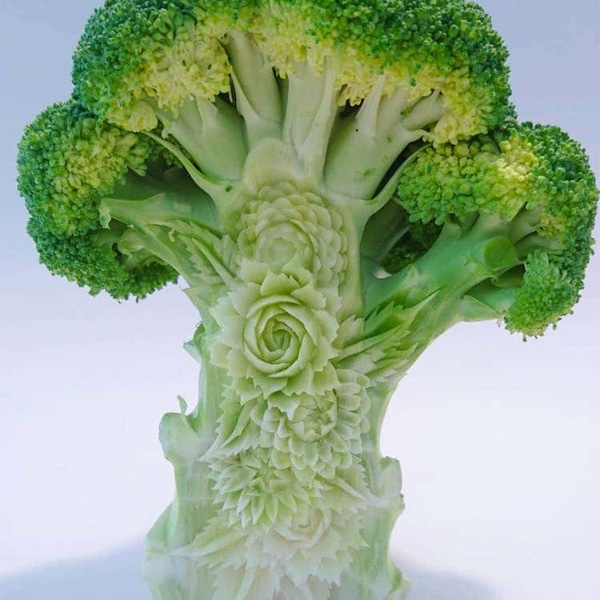