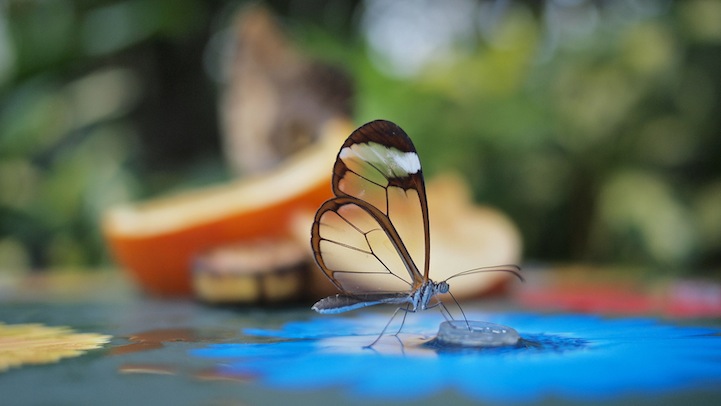 Have you ever seen a glasswinged butterfly (Greta oto)? You might think that this creature is a figment of one's imagination, perhaps a Photoshopped composite shot of a butterfly blending into a serene setting, but the truth is that it exists! The aptly named insect is a brush-footed (or four-footed) butterfly whose wings appear to be made of glass, though they're not. The tissue within their wings lack the usually colorful pigments found in other butterflies; thus, they have a glassy, transparent appearance.

Found primarily in Central America (Mexico through Panama), the glasswinged butterfly's name in Spanish is Espejitos which translates as little mirrors. In certain lights, the translucent wing parts have a glossy, almost reflective quality to them that makes their Spanish name effectively accurate. Whether they're seen as glass or mirrors, though, there's something absolutely fascinating about the way these butterflies' wings offer a surreal look at the environment around the insect. It's like they're tiny ornaments designed to draw the eye to the scenic appeal of nature. 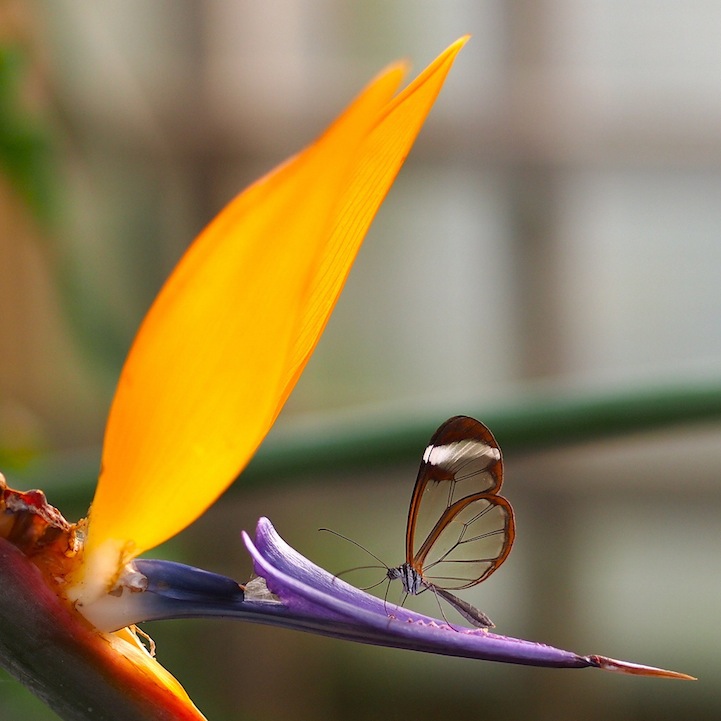 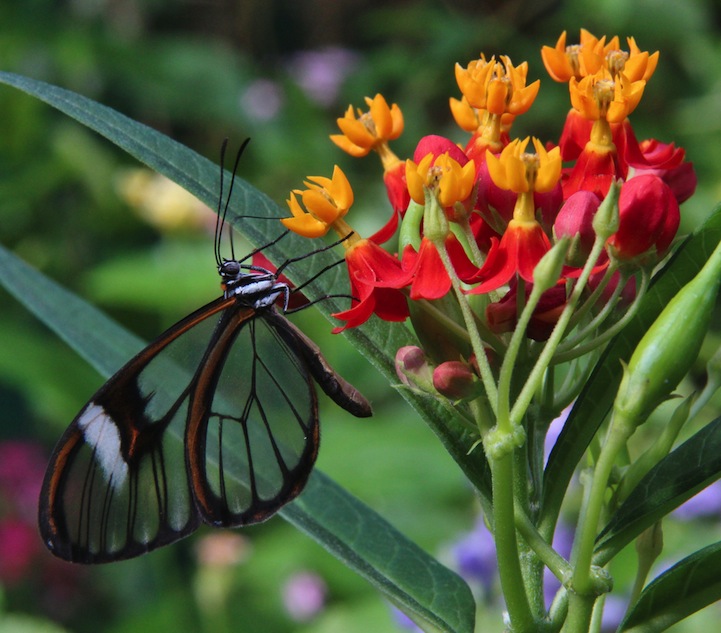 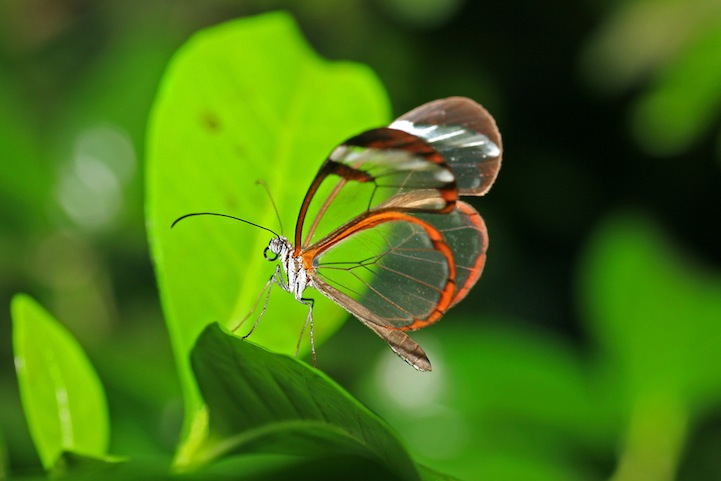 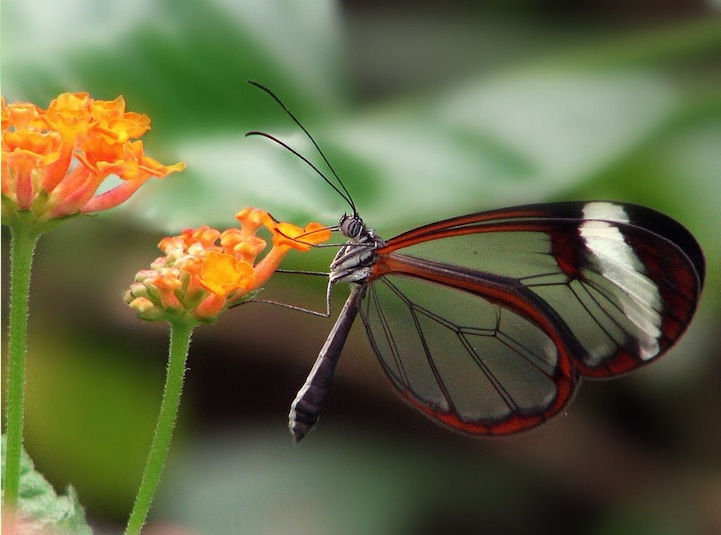 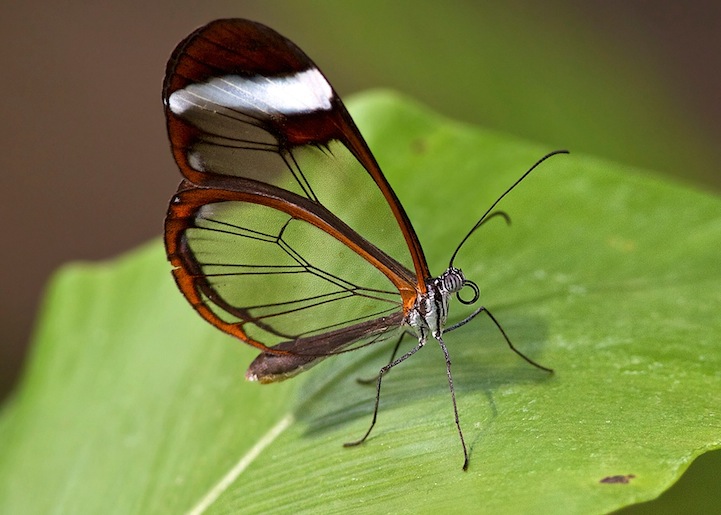 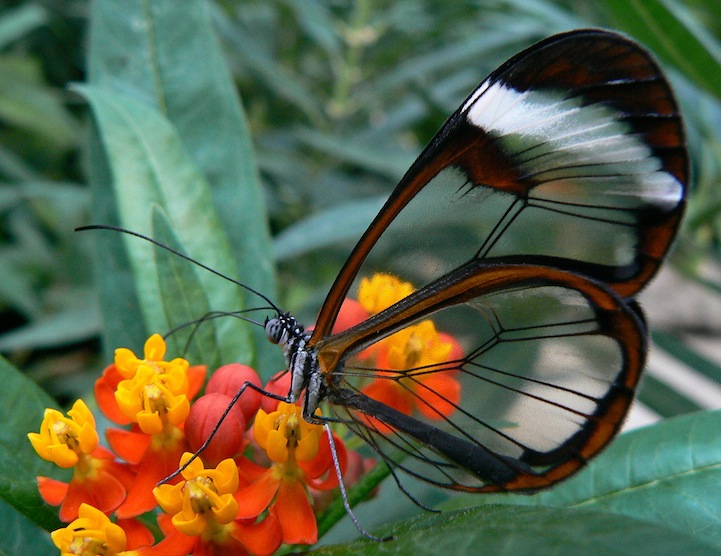 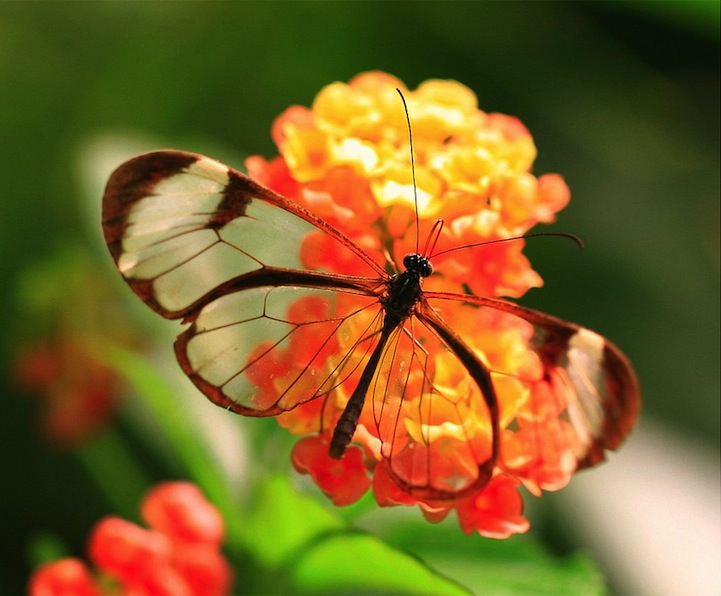 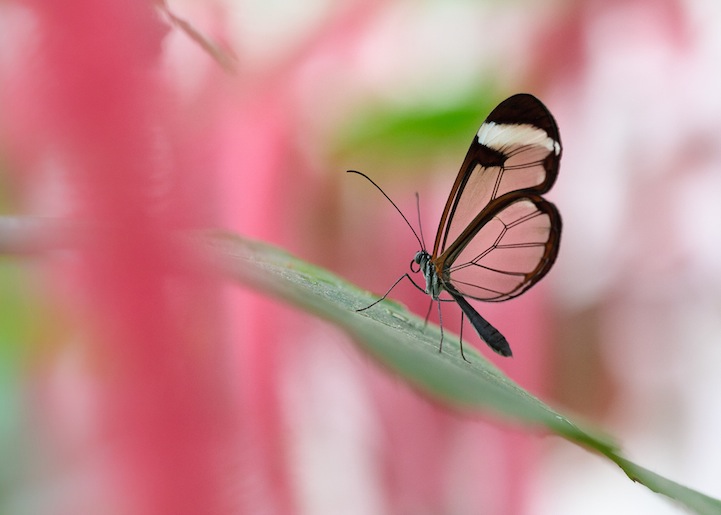 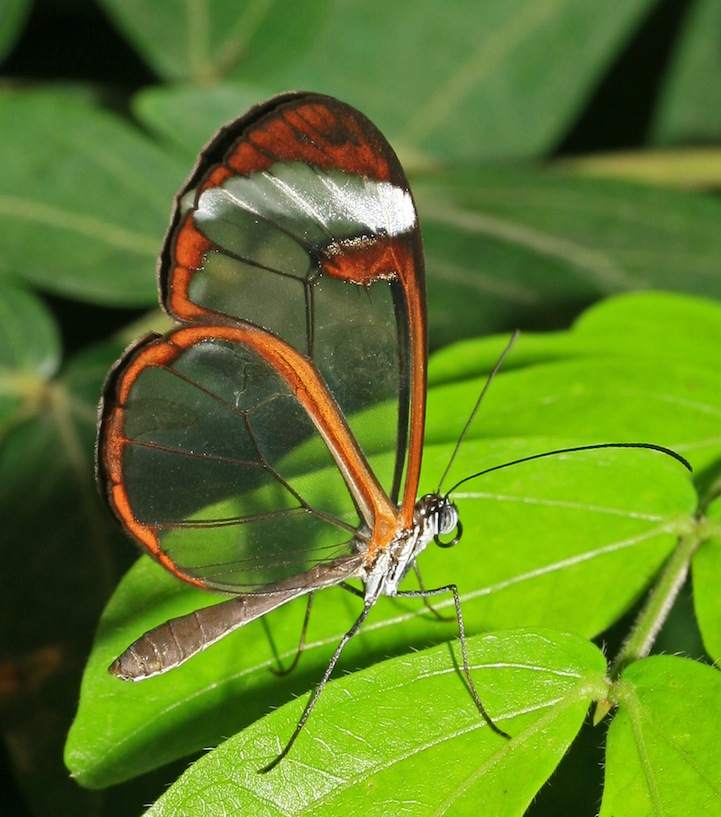 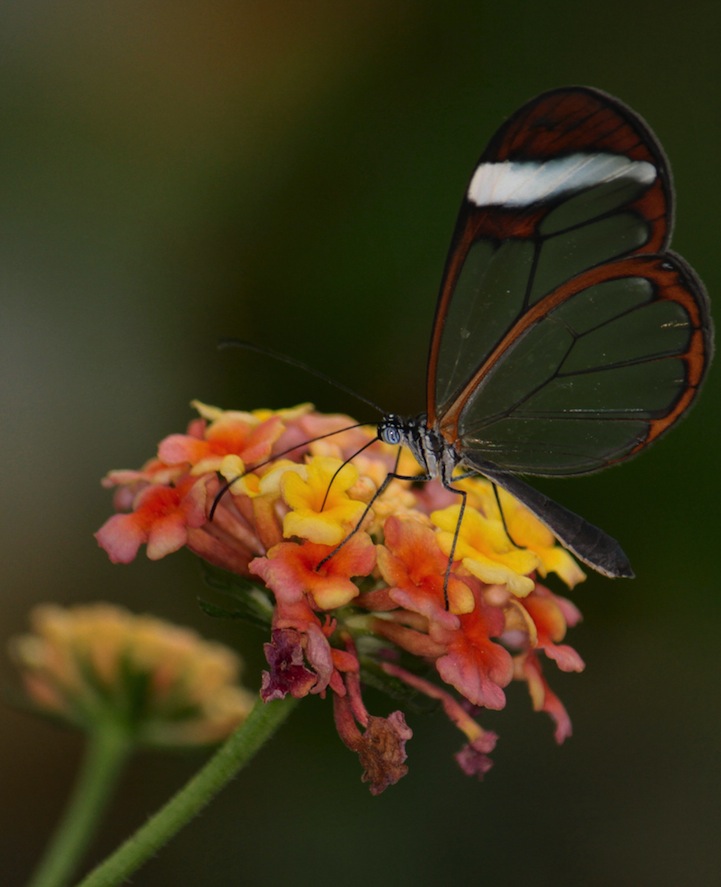 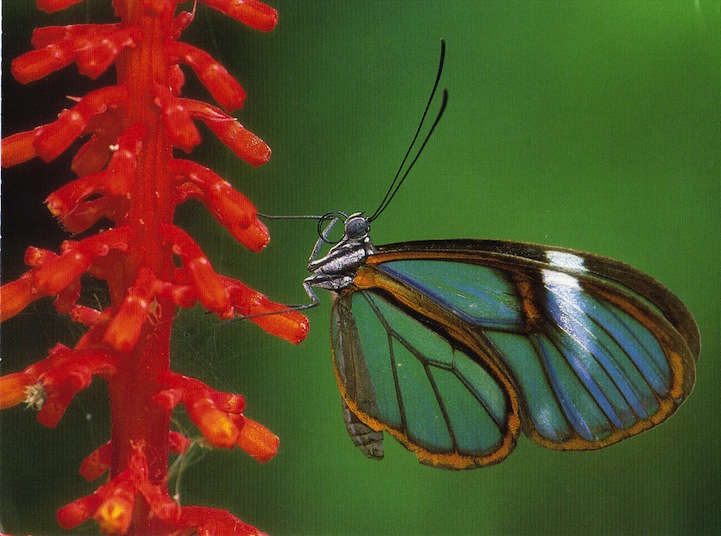 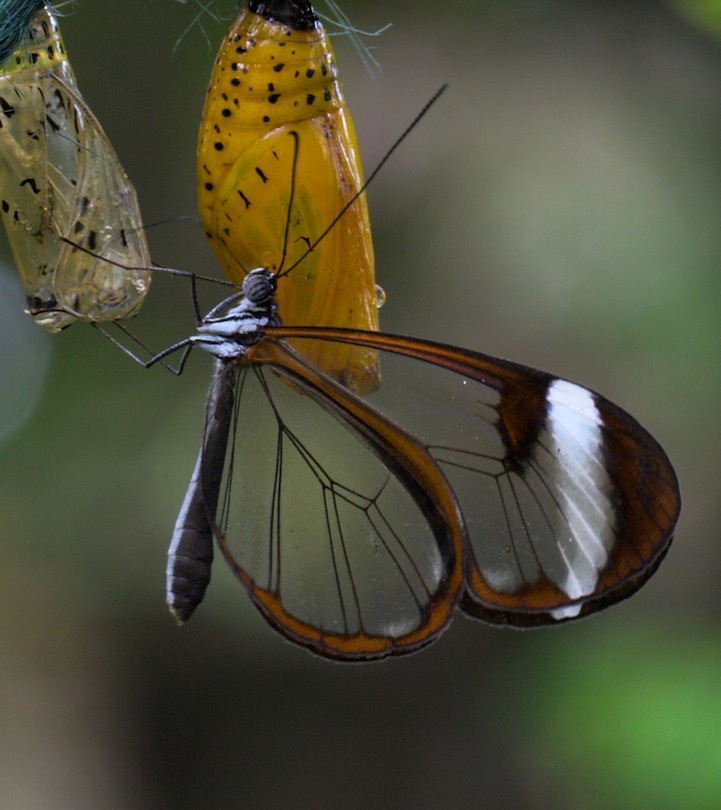 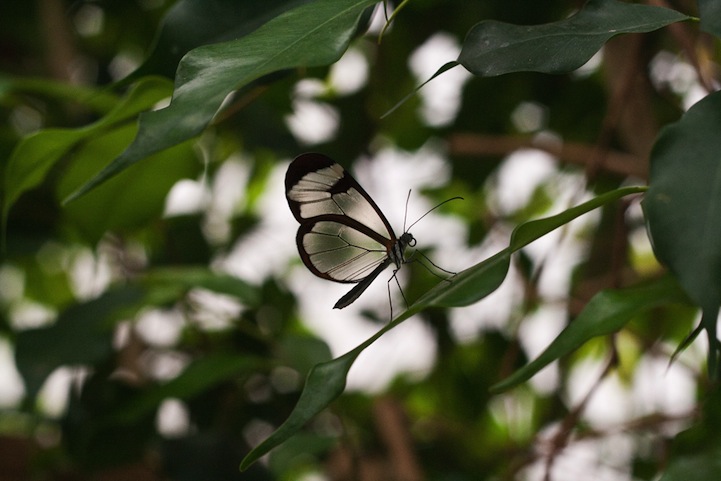