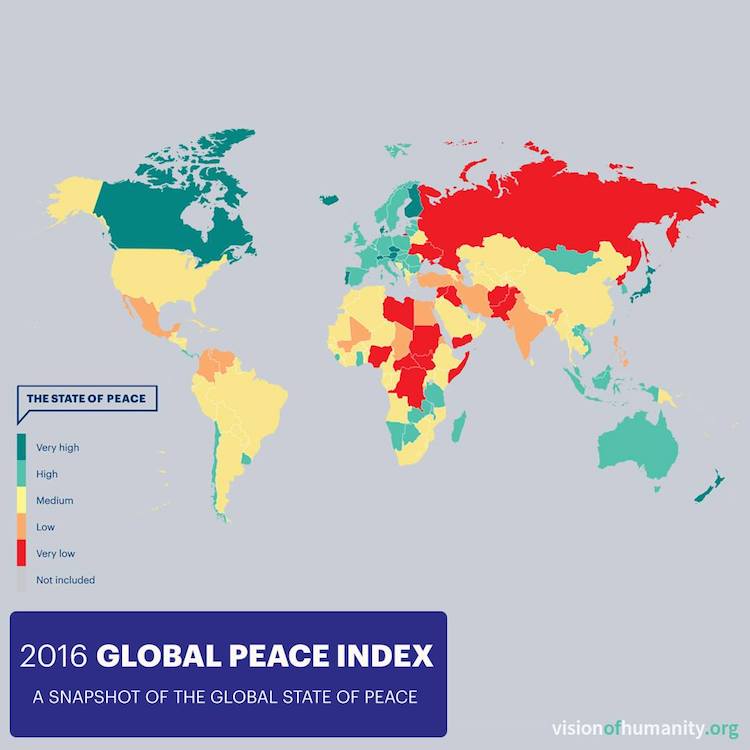 No matter where you live, safety is something that’s on your mind. This is heightened when you travel. Going to a foreign place can be nerve-wracking, especially if you fear what’s around you. To give you an idea of which countries excel in safety this year, Visions of Humanity created the Global Peace Index 2016. The eye-opening map ranks nations around the world in various degrees of safeness.

There are 163 countries ranked on the Global Peace Index, placed there according to “23 qualitative and quantitative indicators.” These include terrorism impact, perception of criminality, and political instability, which make up a cumulative score and are put into a “States of Peace” array. The range goes from Very Low to Very High in safety.

So, what countries are the safest? Iceland, Denmark, and Austria all top the list with their scores—one being the highest, five being the lowest—at 1.192, 1.246, 1.278, respectively. New Zealand, Portugal, and the Czech Republic aren’t far behind, as are Switzerland, Canada, and Japan. If you live in these countries, you can breathe a little easier. Or if you’re planning a trip, consider exploring these places on your next adventure.

See some glimpses of the map, below. The Global Peace Index is a fully interactive site, so check it out to experience the whole thing.

Where does your home fall on the peace index? 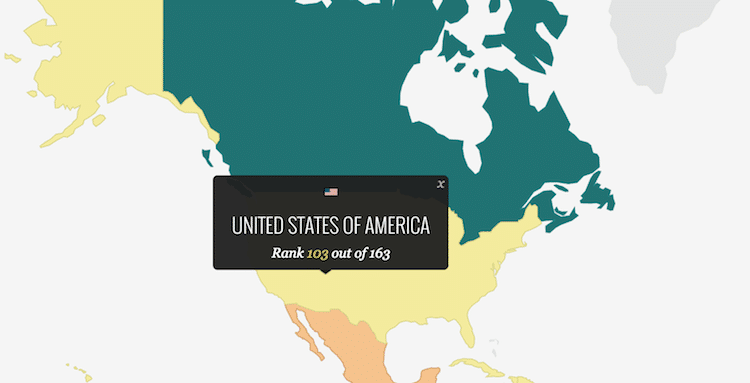 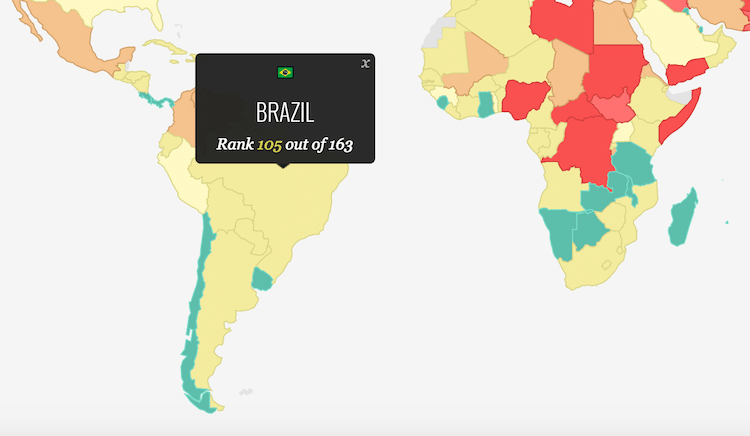 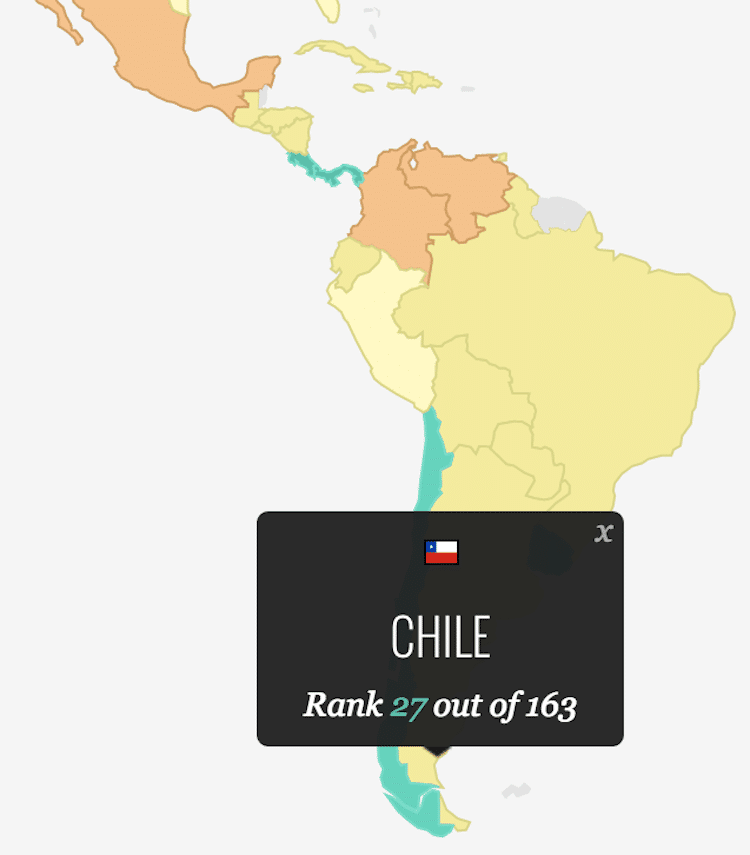 Iceland is considered the most peaceful place in the world. 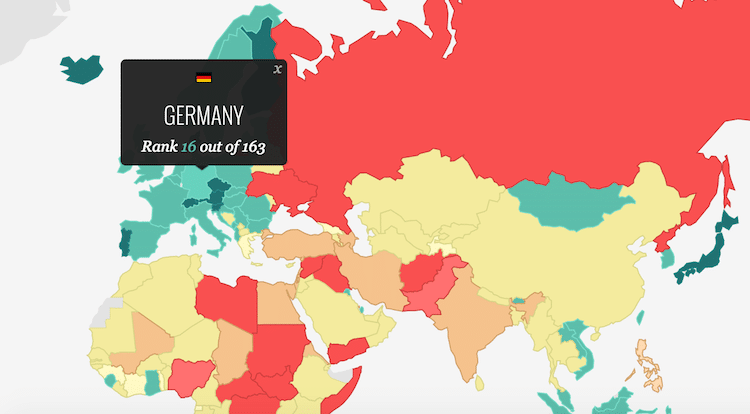 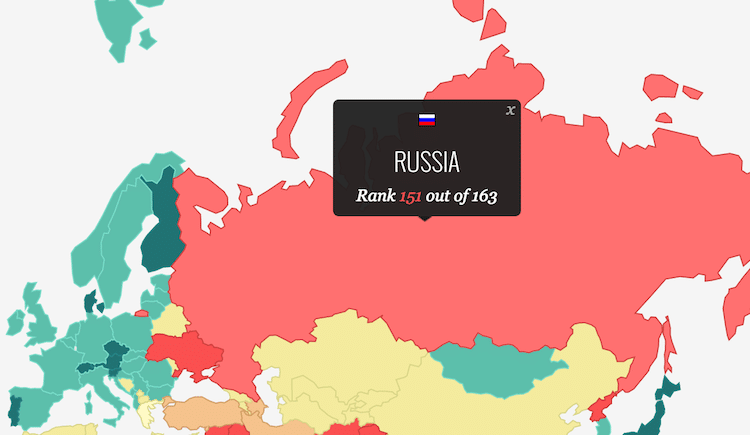 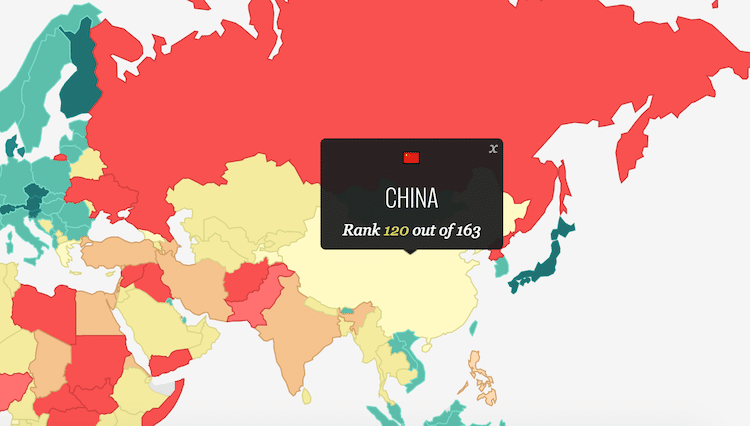 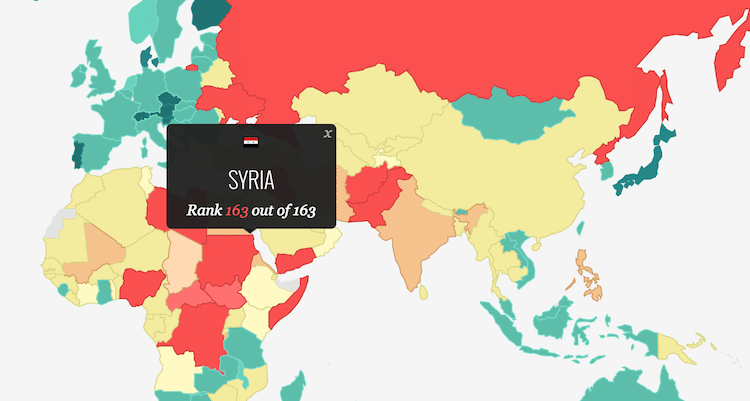 Syria ranked the lowest on the Global Peace Index. 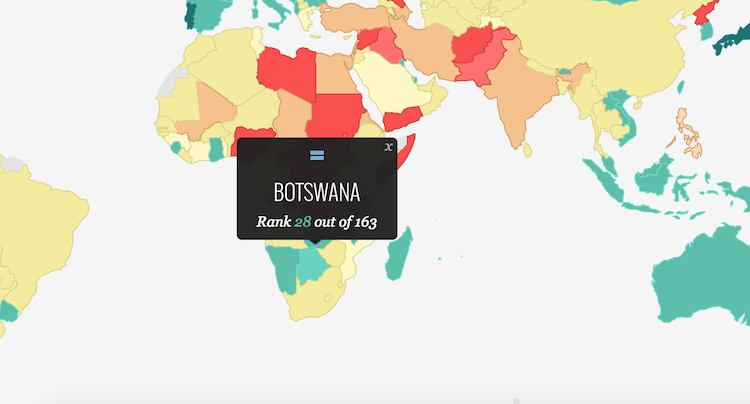 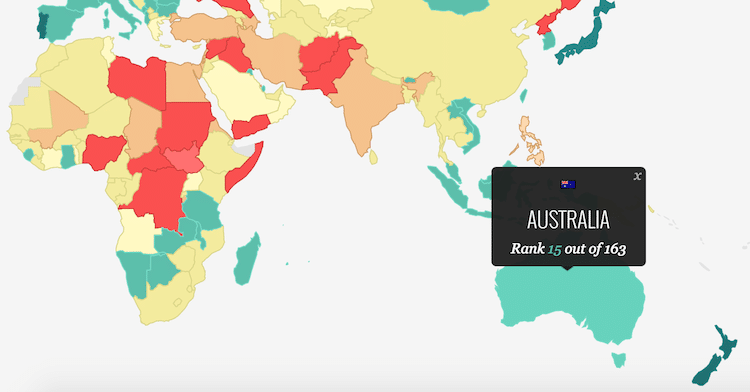 All images and screenshots via Visions of Humanity.