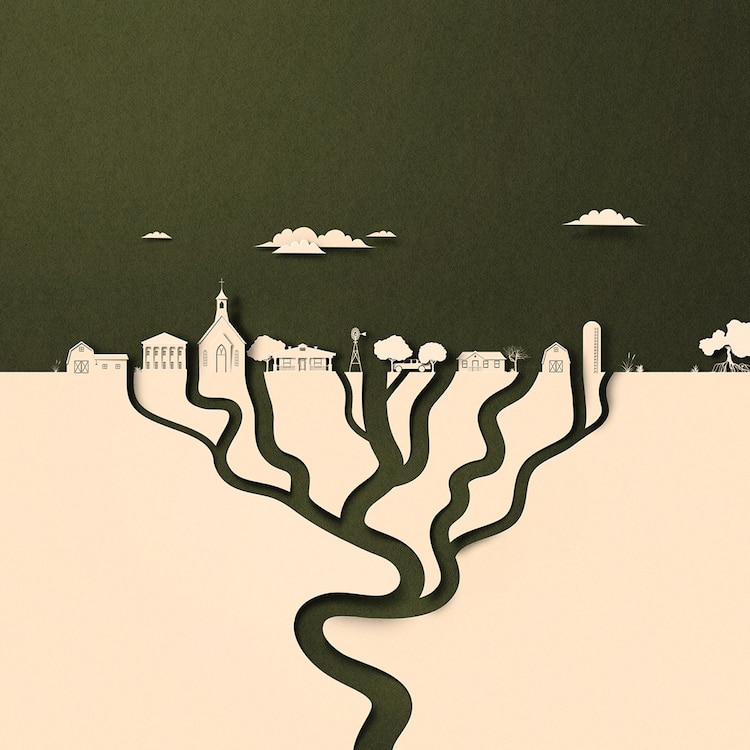 “Talking about climate change in conservative places is hard. But we can’t afford not to.”

At first glance, the work of Estonia-based illustrator Eiko Ojala looks like it’s crafted from paper, but there is more than meets the eye here. Each image is actually created digitally. Ojala’s textured 3D compositions are composed of layers of colorful shapes and trick-of-the-eye shadows and highlights. The striking minimalist style not only looks great, but his work visualizes powerful messages, too. His Climate Changed series is no exception. In collaboration with The Guardian, he highlights the climate change issues that the people of the American South are currently facing.

“They are illustrated for Megan Mayhew Bergman’s column about how she travels the U.S. southern states where she grew up,” Ojala tells My Modern Met. “She speaks with people about how their lives have been transformed by global warming and what they think about it.” The series covers a wide range of important topics, from impoverished communities facing dangerous pollution to Florida’s problems with rising sea levels.

Ojala’s bold illustrations visualize each theme as layers of “paper” in contrasting hues. The two-color palette highlights the stark divide between the American South and the rest of the U.S., while the illusion of three-dimensional depth invites introspection on each theme. Ojala accompanies every image with thought-provoking descriptions, such as “Florida is drowning. Condos are still being built. Can't humans see the writing on the wall?” and “'They chose us because we were rural and poor’: when environmental racism and climate change collide.”

Check out Ojala’s global warming-themed series below and find more from his portfolio on his website and Instagram. You can also read The Guardian's Climate Changed stories here. 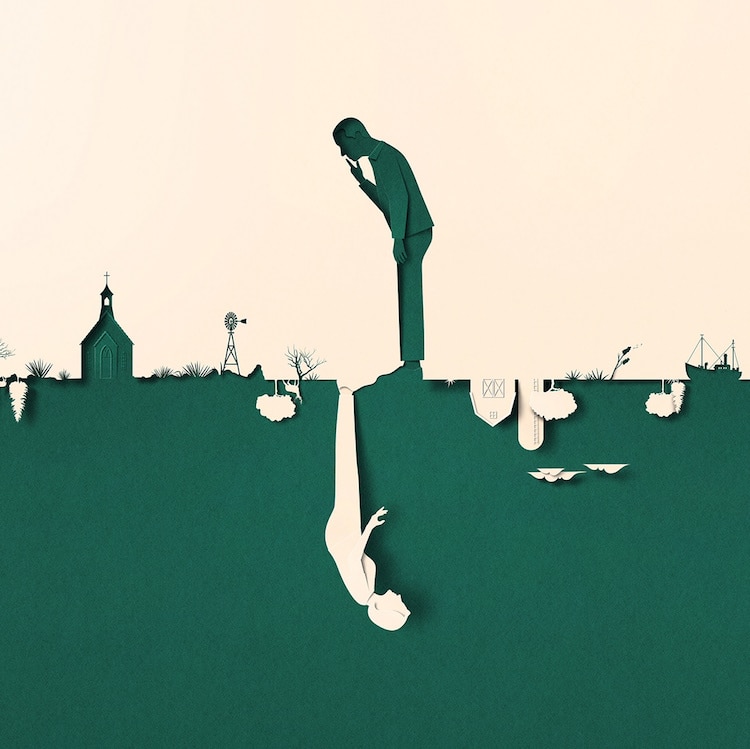 “What you know about the American south and climate change is wrong.” 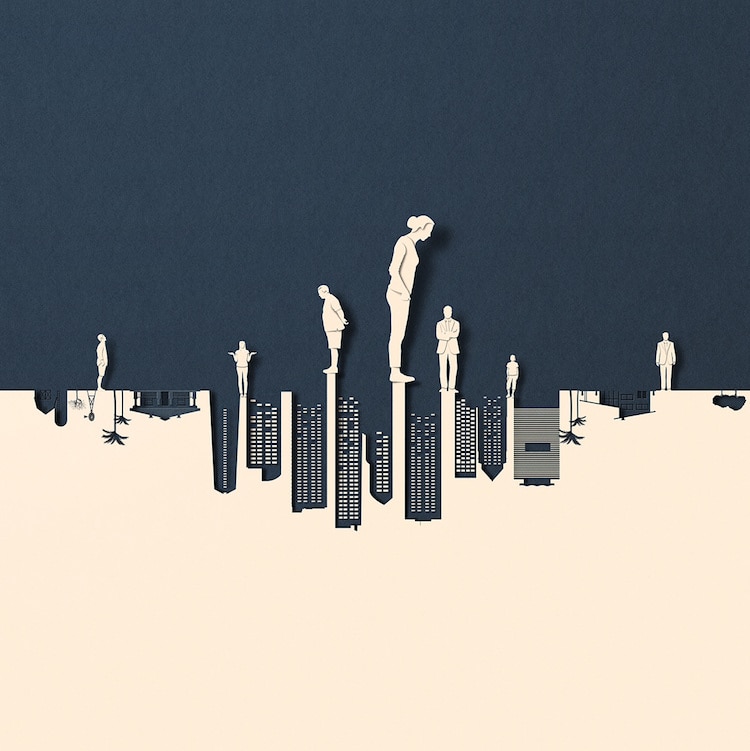 “Florida is drowning. Condos are still being built. Can't humans see the writing on the wall?” 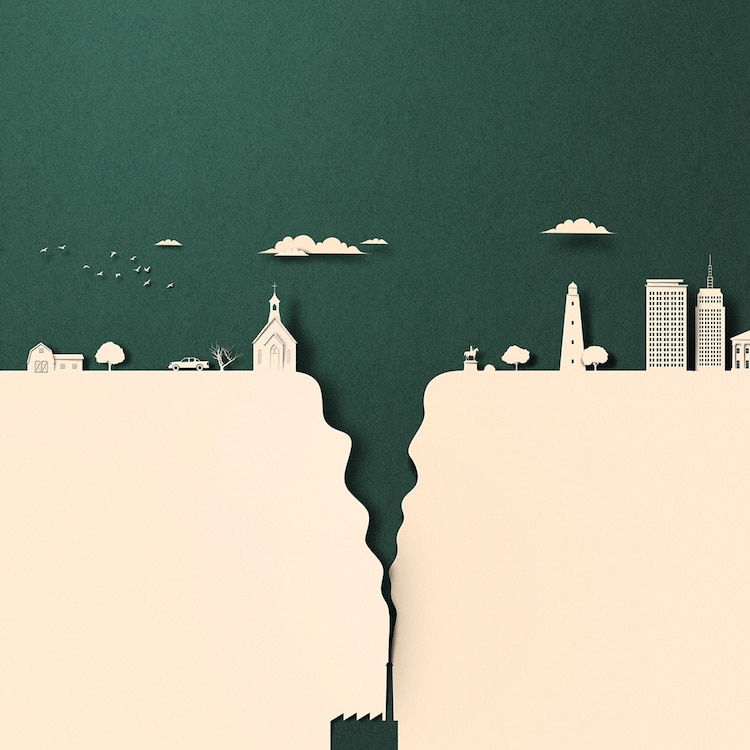 “‘They chose us because we were rural and poor': when environmental racism and climate change collide.”

The artist's two-color palette highlights the stark divide between the American South and the rest of the U.S. 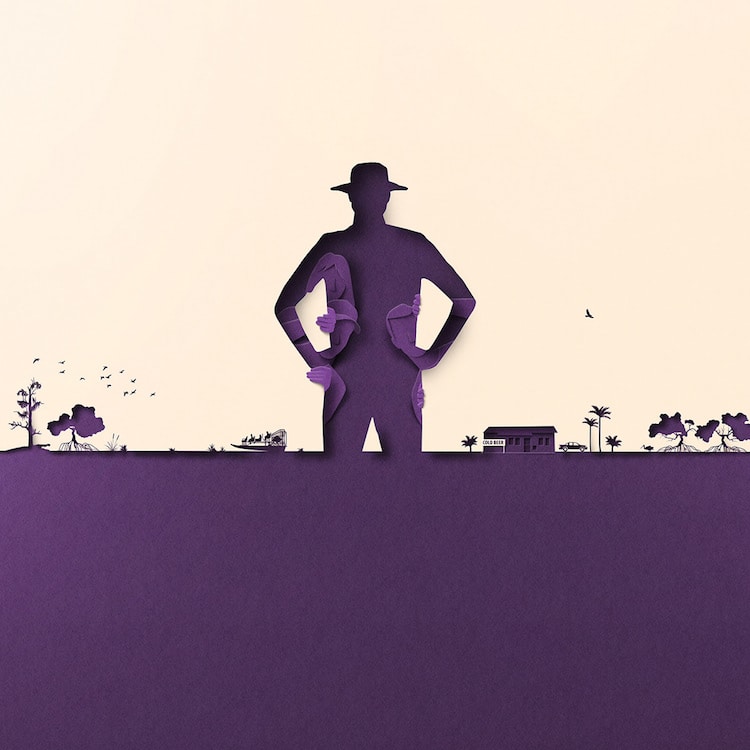 “Why people in the U.S. south stay put in the face of climate change.” 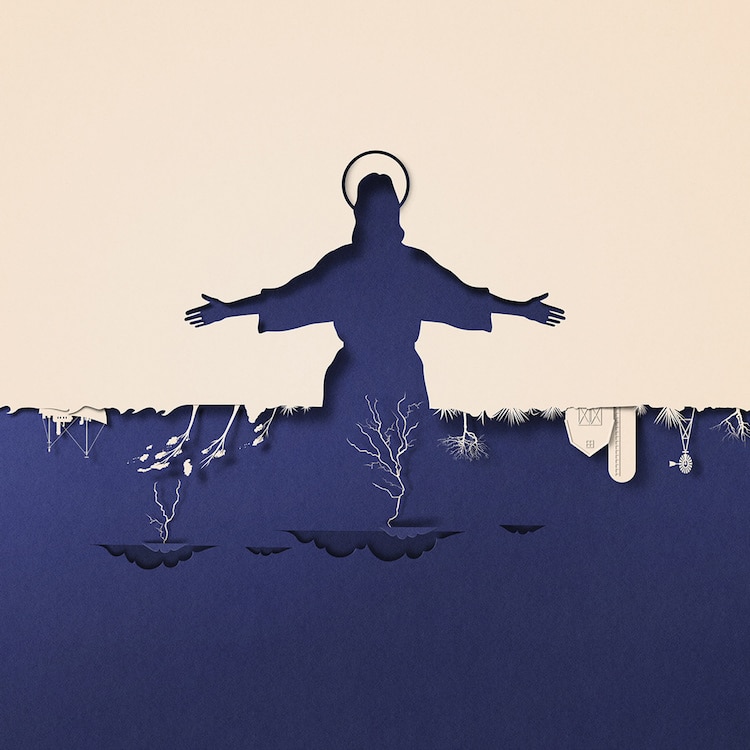 “What would Jesus do? Talking with evangelicals about climate change.” 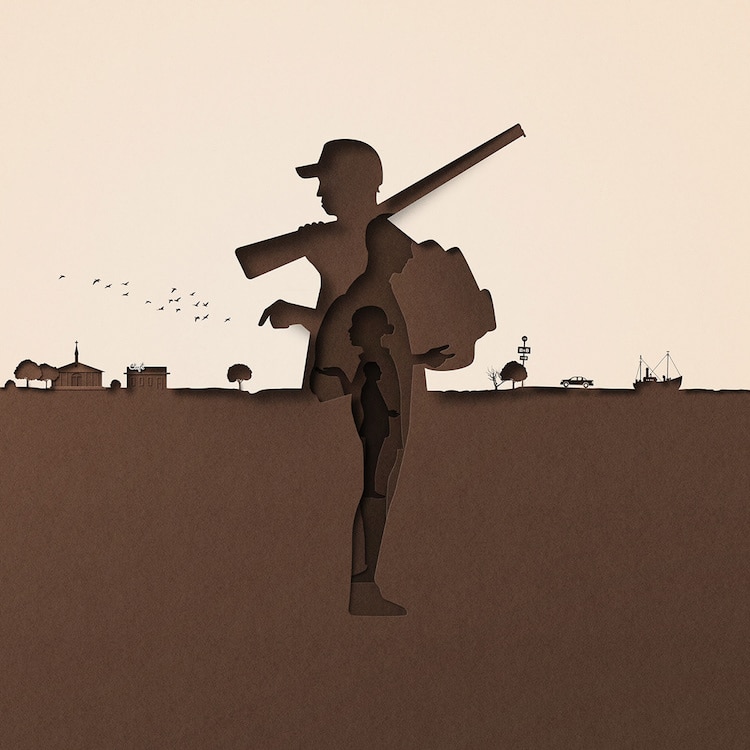 “Not all environmentalists eat tofu: the hunters fighting climate change.”

Paper Illustrations and GIFs Artistically Visualize the Body and Mind