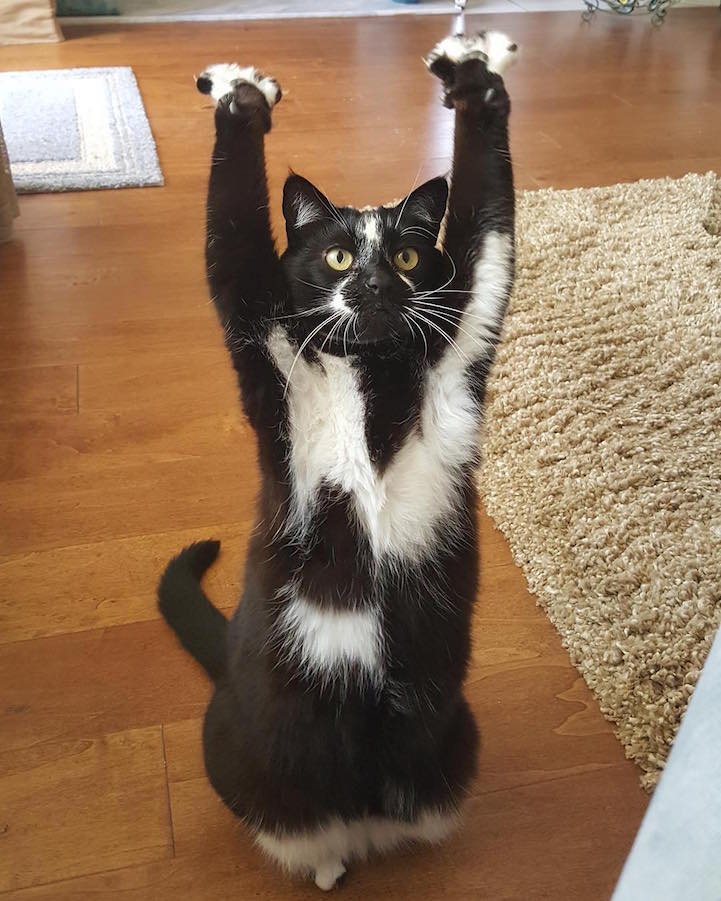 Some cats are so delightfully strange that we wish we could see what’s going on inside of their heads. A tuxedo feline name Keys is one that has us scratching our noggins thanks to her unusual habit of holding her paws in the air for seemingly no reason (you could say it’s like she just doesn’t care). Her human, Peter Mares, can’t explain the odd behavior, but one morning saw her make the pose and did what anyone would do—snap a photo. The next day, Keys did it again—and continued to do it—eventually earning herself the nickname GoalKitty.

Although Keys' human-like pose is bizarre, Mares has turned its meaning into something uplifting and fun. The @goalkitty Instagram features her signature stance in every photo, with captions that celebrate causes such as Stand Up to Cancer as well as smaller victories, like making it to the weekend. When you need your daily dose of motivation, GoalKitty is your biggest fan. 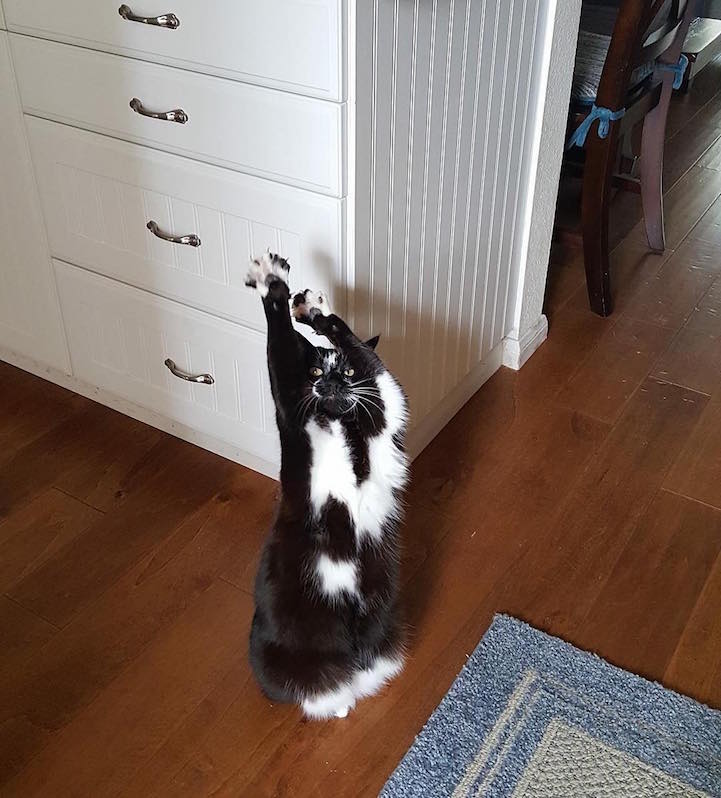 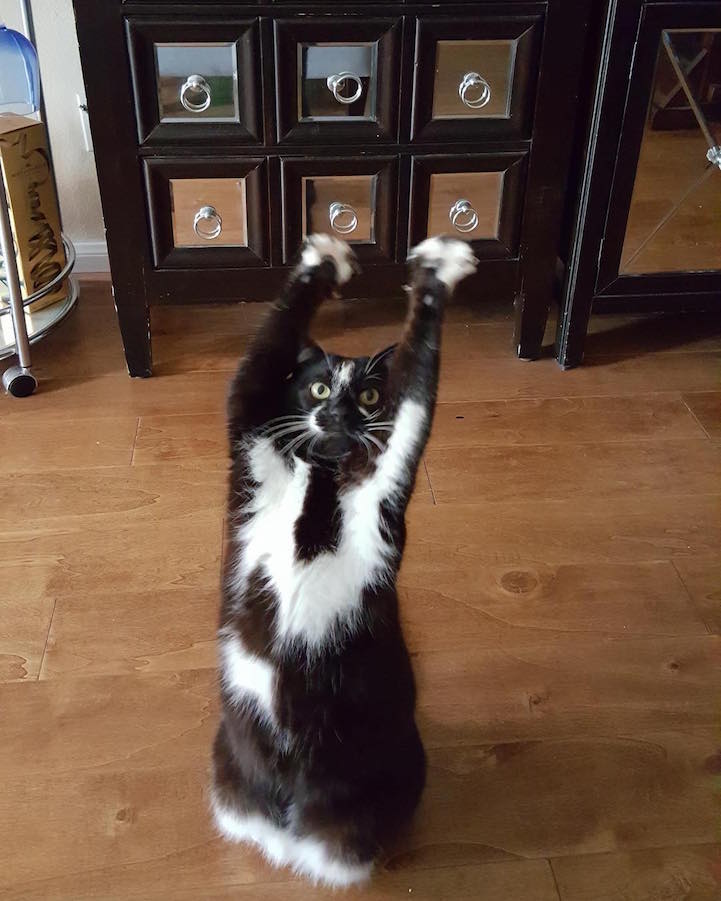 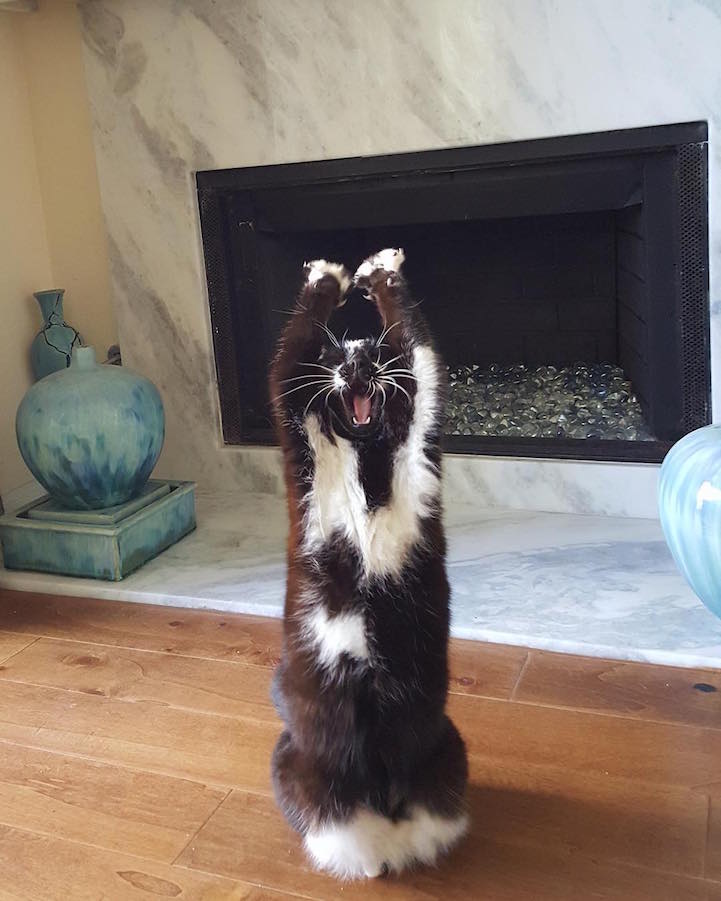 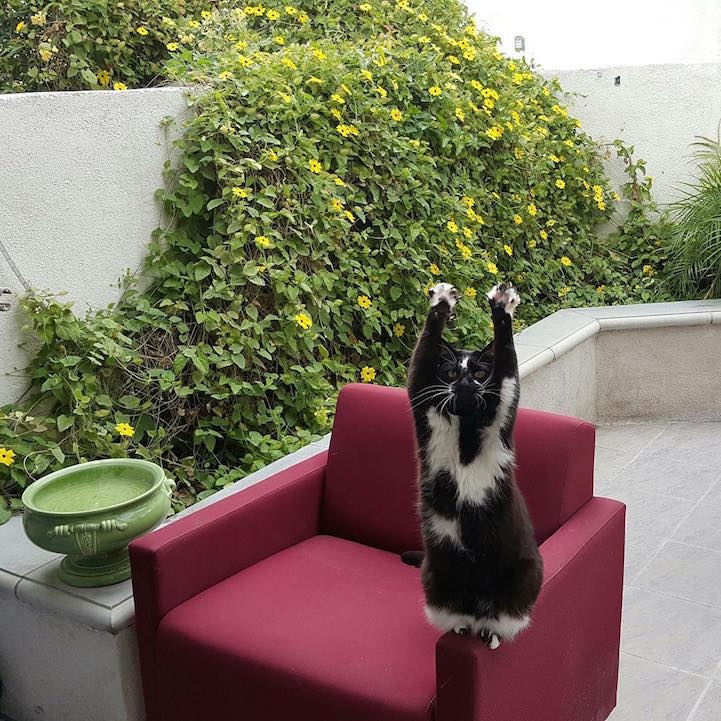 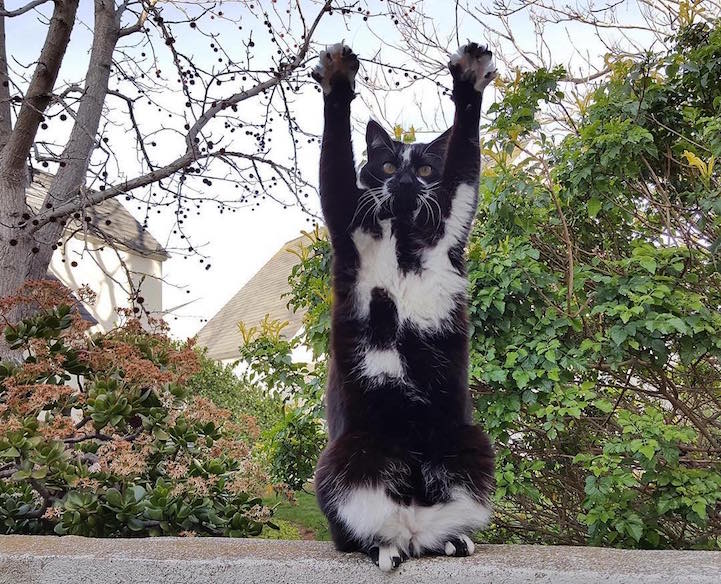 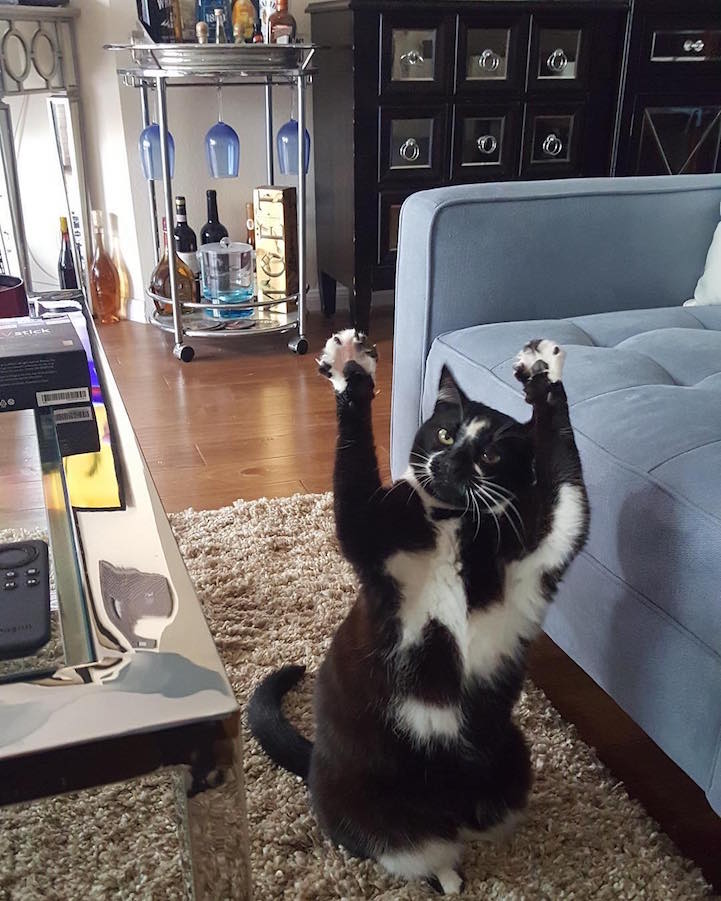 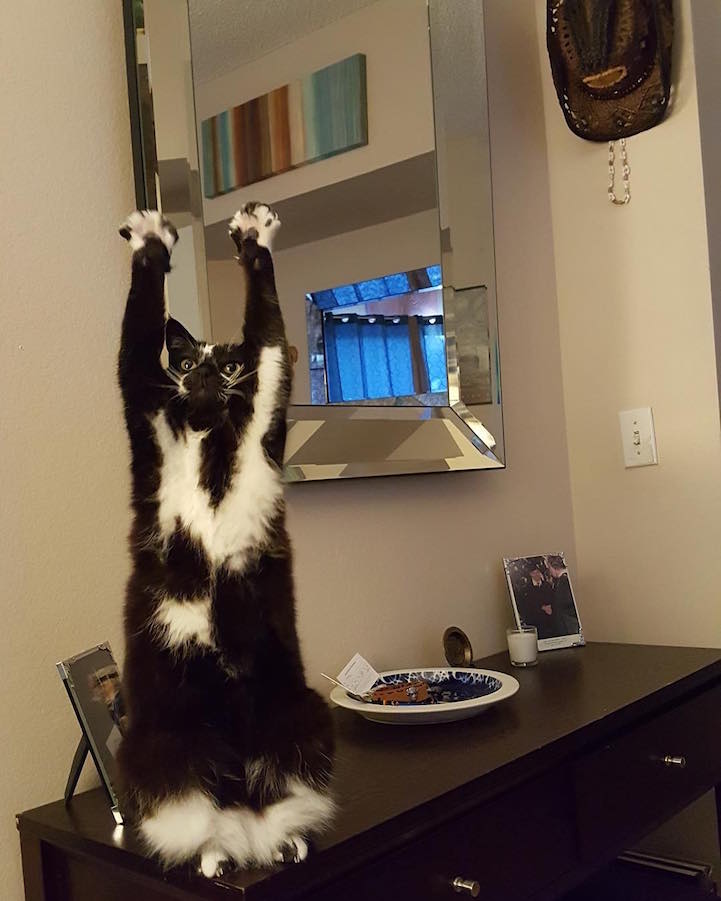 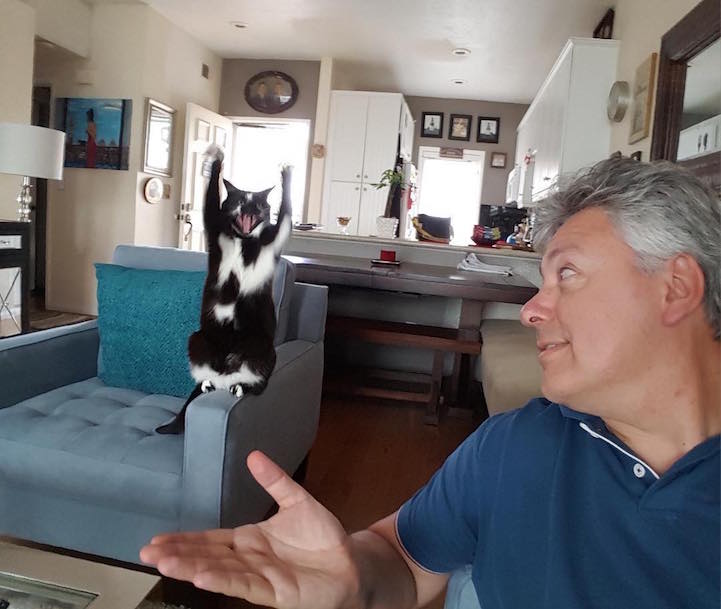 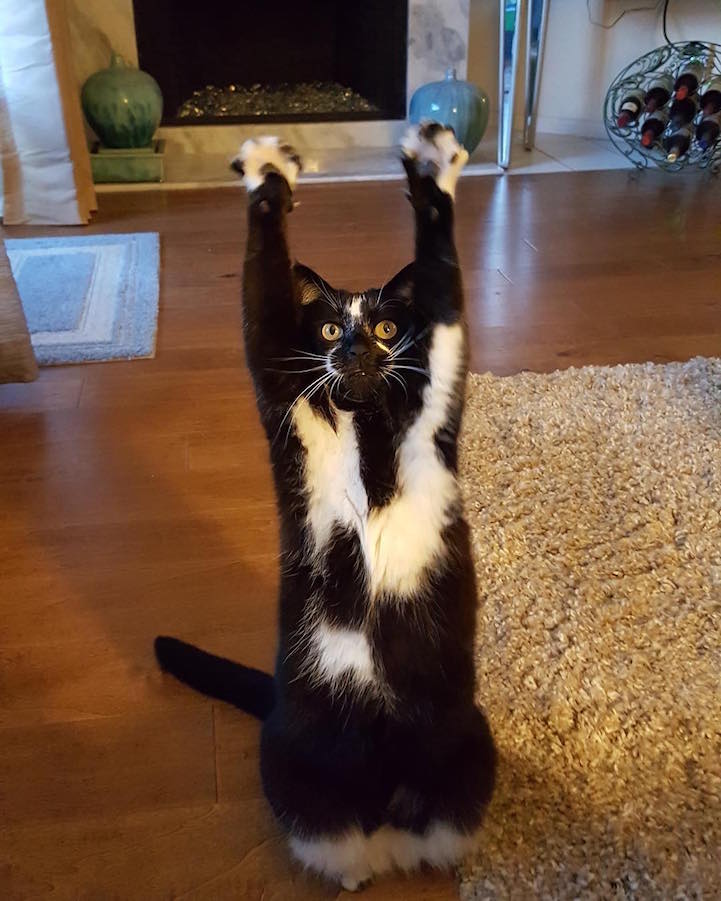