For most of us, our go-to camera is the one built into our smartphone. While technological improvements mean that these cameras can take stunning, near-professional quality photographs there's one situation where they tend to underperform—low light. Now Google is changing that with Night Sight, a new functionality rolled out on the Pixel Camera app that allows for incredible low light photos without flash.

Night Sight works on all three generations of Pixel phones and leverages HDR+ technology to ensure clear, crisp photos in any lighting situation. While many smartphones have cameras that perform well up to a certain point, Google has honed in on the lowest of low lighting—think of situations where the camera has trouble even focusing. Google's goal was to give Night Sight the ability to improve photo quality when light falls between 3 lux and 0.3 lux, using a single release of the shutter and no flash.

The initial results are impressive. Night Sight works by capturing between 15 frames at 1/15 exposure to 6 frames at 1 second exposure depending on whether or not a tripod is used. The images are then stacked similar to a technique many astrophotographers use, with the best parts of each frame coming together to make a high-quality image. On Pixel 3, Super Res Zoom is used to reduce noise, producing even better night photos than HDR+. All of the technical work happens in seconds, so there's no lag while you're waiting to see how your photo came out. 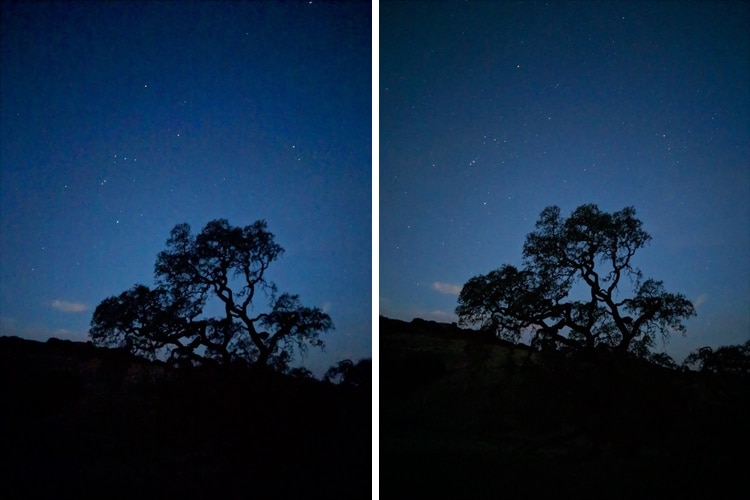 Left: Crop from a handheld Night Sight shot of the sky. Right: Tripod shot of the night sky. (Photos: Florian Katz via Google)

If that wasn't enough, Google has also tackled issues with white balance, which often cause nighttime photos to come out with a yellowish hue. To combat this, they created a learning-based auto white balance algorithm to help provide photographs that are truer to the color our eyes perceive.

Of course, Night Sight can't help if there's much motion to the scene, but the depth and detail it brings out in landscapes, city streets, portraits (including selfies), and any other relatively still subject is impressive. Pixel 3 users will also see helpful manual focus buttons pop up in situations where it's too dark to really see what's in front of you. By selecting “Near” or “Far” you can help the camera understand at what distance it needs to focus.

Though still new, Night Sight is already getting rave reviews. CNBC calls it, “one of the most impressive recent camera improvements from any phone maker.” Part of its revolutionary nature comes from the fact that Google has achieved all this through software improvements, without touching anything hardwired. It will be interesting to see how other phone manufacturers attempt to catch up with this great leap forward by Google. 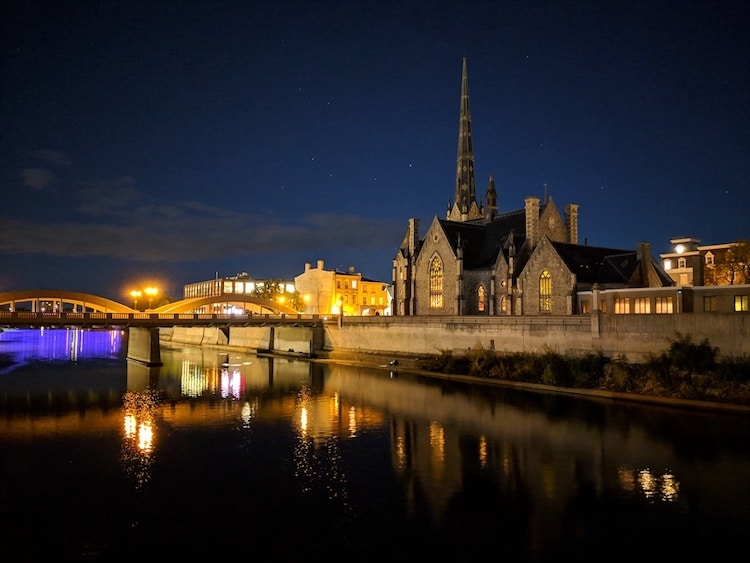 Google's Night Sight is rolling out today, and here's how and how well it works.https://t.co/KPmk7w3Lp6 pic.twitter.com/6LFBlkHXTI

Google has let me test the official build of Night Sight on Pixel for last week and dear God it's basically magic. pic.twitter.com/K8zPWP9KOn

Q: How ridiculous is the Pixel's new Night Sight feature? A: This. This ridiculous. If anything, it's even more cracked than Google cracked it up to be. Both photos unedited. pic.twitter.com/QhNBCkTWQz

All photos via Google.