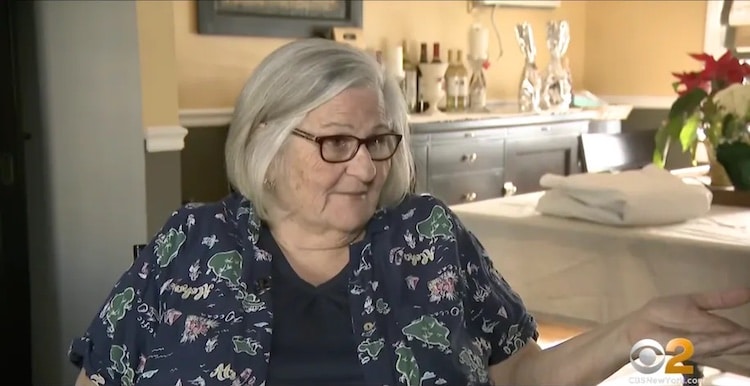 Sometimes, you have to hustle the hustler. That’s exactly what Jean, a 73-year-old grandmother, did when someone tried to scam $8,000 from her. While at her Long Island home, she received a phone call from someone claiming to be her grandson. He said he was calling her from jail, having been picked up on a charge of drunk driving. Her grandson needed that money to post his bail.

The big problem? Jean's grandsons are too young to drive. She immediately realized this was a hoax and decided to turn the tables. “I knew he was a real scammer. I just knew he wasn’t going to scam me,” Jean recalled.

So, Jean decided to play along. There were multiple phone calls, including one in which someone claimed to be her grandson’s lawyer; they also reiterated he’d need the $8,000 for bail. “I told him I had the money in the house, and I figured, he’s not going to fall for that. Well, he fell for that hook, line, and sinker,” Jean said.

The calls eventually led to an apparent bail bondsman coming to her house for the cash. But it was a setup. Right after Jean handed him an envelope packed with paper towels, the police pounced on the man who arrived.

This was all thanks to Jean's quick action after first engaging with the scammer. While taking the phone calls, she texted her daughter and best friend—both of whom work at a 911 call center. They told the police what was happening, and two officers arrived at Jean's home and eventually arrested the suspect.

The type of scam that Jean foiled is a common fraud that targets senior citizens. Scammers will focus on the elderly population by pretending to be the likes of tech support or even the IRS. They are successful, too. The FBI published a 2020 report that found that people over the age of 60 lost nearly a billion dollars to elder fraud schemes.

Jean hopes that her tale of scamming the scammer will be a “cautionary tale” for other folks. “I feel like gotcha,” she explained, “and I feel like, like you say, so many people fall for this and you only hear about it on the other end after they’ve lost $8,000.”