Giant Serpent Emerges From the Sea Off the Coast of France 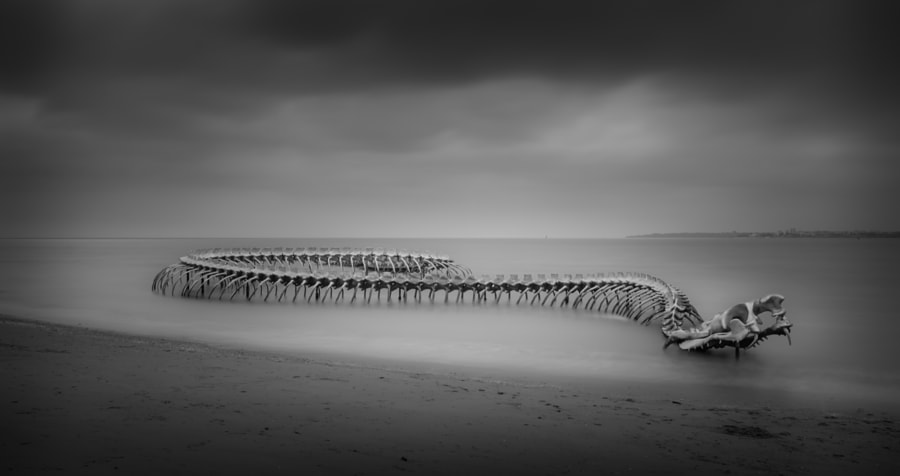 Just off the shore of the Loire estuary outside of Nantes, France, a slithering serpent rises from the water. Completed in 2012, Serpent d'océan is an impressive 425-foot (130 meters) sculpture by French Chinese contemporary artist Huang Yong Ping and is part of the Estuaire permanent public art collection along the estuary's 37 miles.

The aluminum skeleton of the serpent is continually covered and uncovered by the tides, excavating itself as the water level decreases and revealing its archeological remains. The curving shape of the serpent's spine mirrors the form of the nearby Saint-Nazaire bridge, harmonizing the creature with its surroundings.

Huang Yong Ping was a prominent figure in the 1980s Chinese avant-garde movement, and had many of his works banned by the Chinese government. In 1989, he moved to France and has since become a naturalized French citizen. Often addressing identity and the mixing of different cultures in his work, it's no surprise to see the artist introducing an animal related to Chinese mythology to Europe.

Astonishingly, given its size and sturdiness, Serpent d'océean is filled with movement. Its skeleton terminates in a thin, whip-like tail that cuts gracefully through the water, seemingly propelling the serpent's body toward the shoreline. The work continually reveals itself in different guises depending on the time of day, both due to the changing tide and the light's reflection. And interestingly, over time, as algae begins clinging to its surface, the work takes on more meaning by showing the cycle of life and nature.

In 2016, Yong Ping expanded on the theme, creating an even larger serpent measuring 787 feet (240 meters) for his heralded Empires exhibition. The exhibit was part of the Monumenta series at the Grand Palais in Paris, which began in 2007 with Anselm Kiefer. The Chinese artist was the last of the Monumenta exhibitions and in this case, his serpent was surrounded by 305 shipping containers as part of a commentary on world trade.

Serpent d'océan by Huang Yong Ping is a 425-foot-long public sculpture on the banks of the Loire estuary in Brevin-les-Pins. 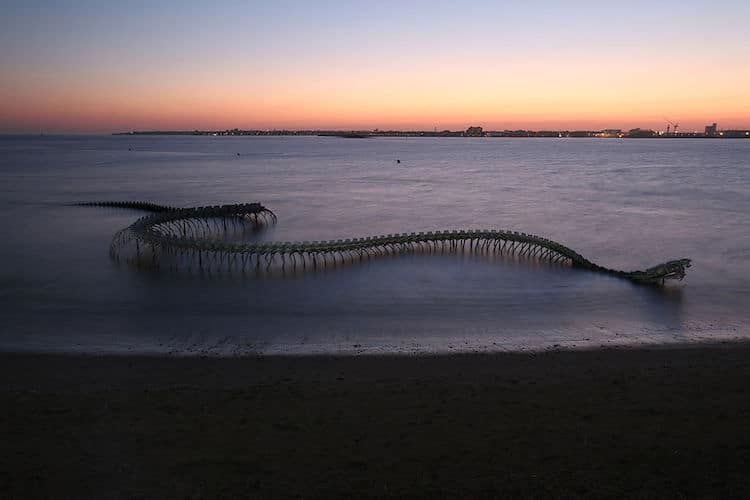 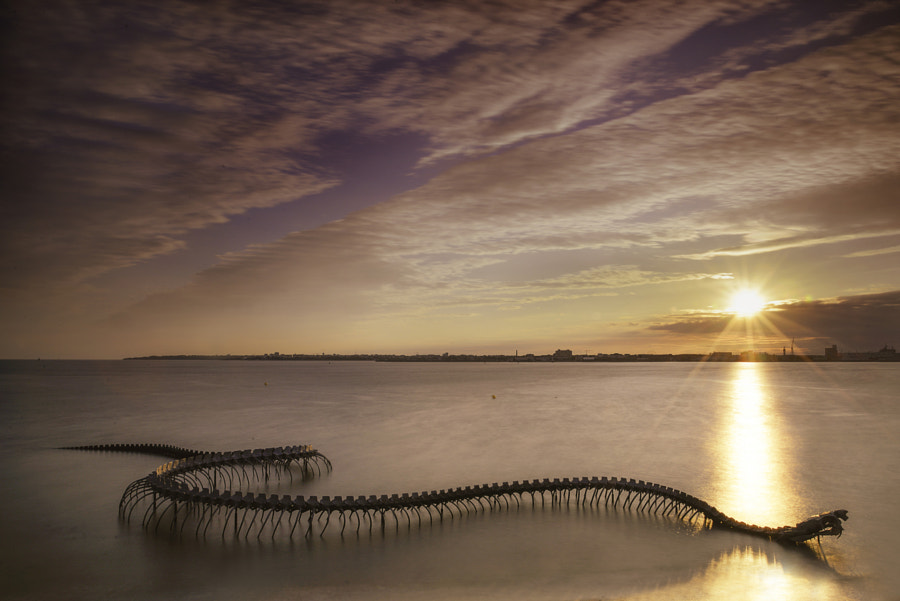 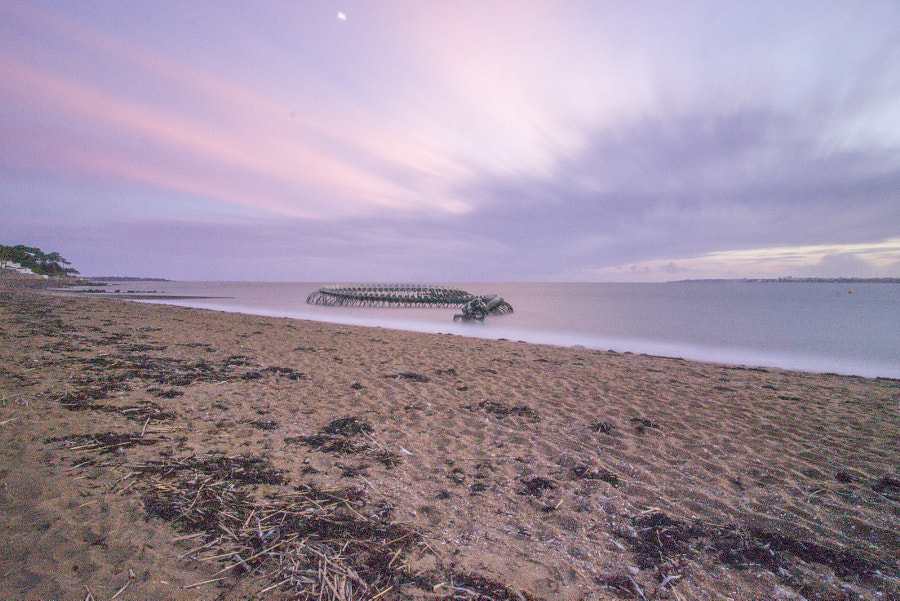 The powerful serpent changes appearance according to the environment, giving a powerful message about life and nature. 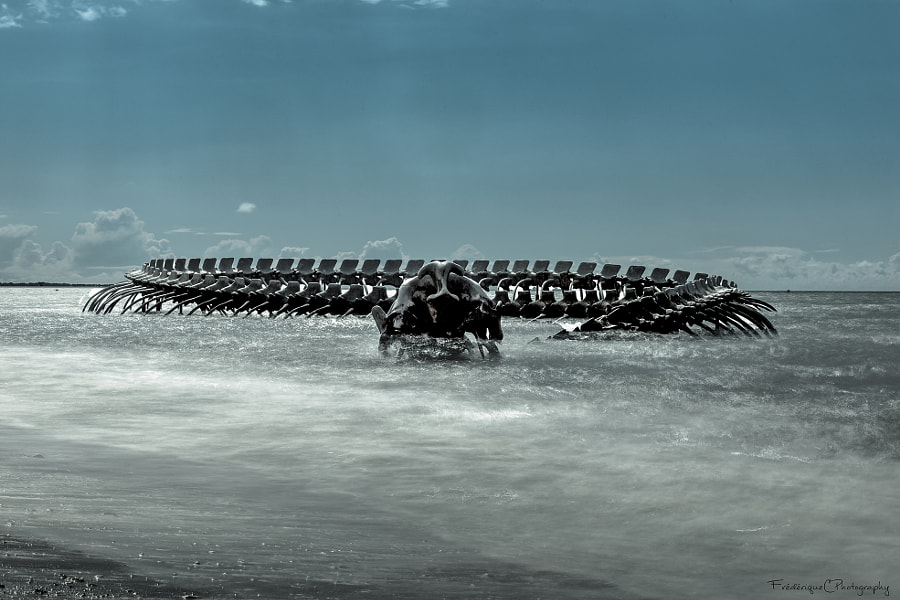 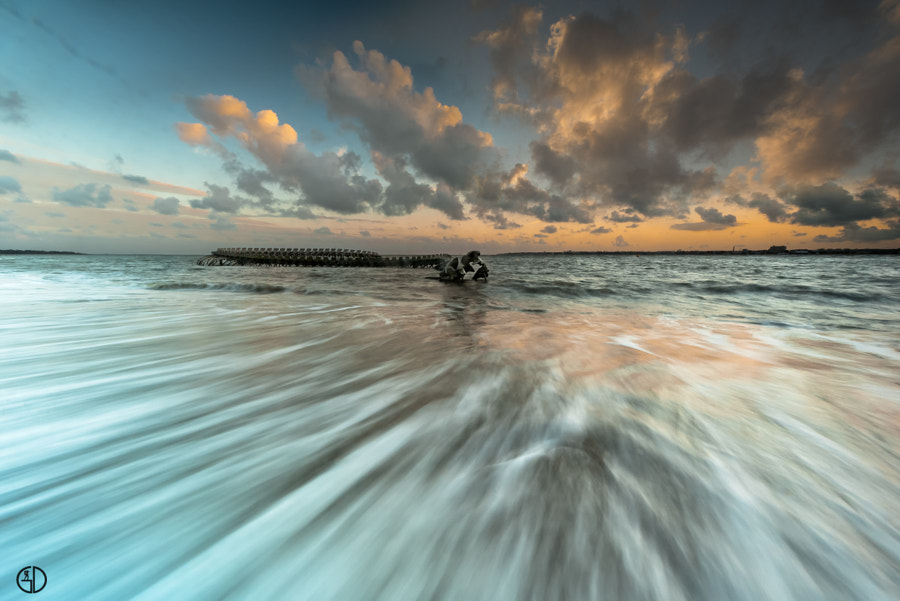 In 2016, the French-Chinese artist created a variation on the theme for his Monumenta exhibit at the Grand Palais in Paris. 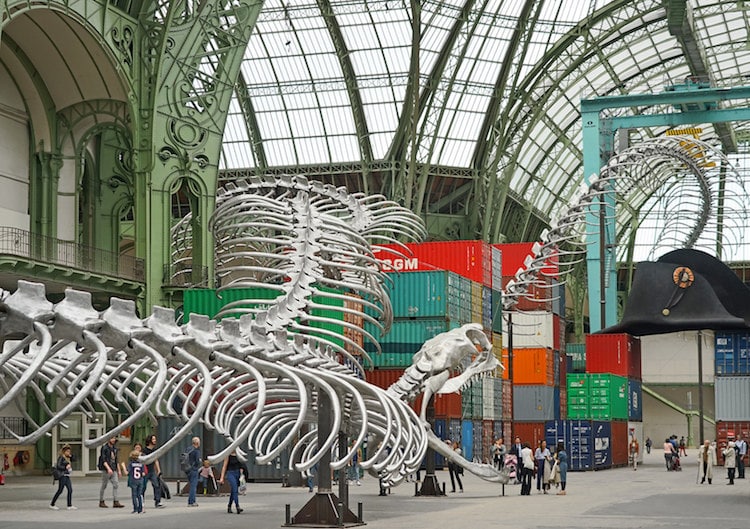 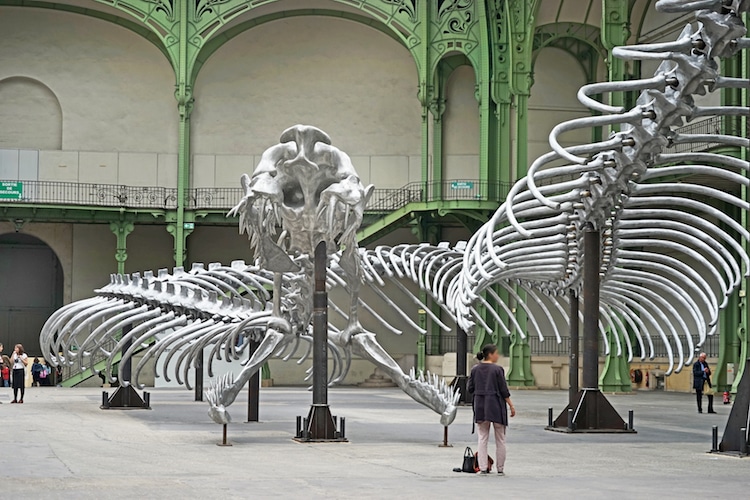 Wow by this sculpture? Share
Like My Modern Met on Facebook
Get Our Weekly Newsletter
Become a
My Modern Met Member
As a member, you'll join us in our effort to support the arts.
Become a Member
Explore member benefits

Wow by this sculpture? 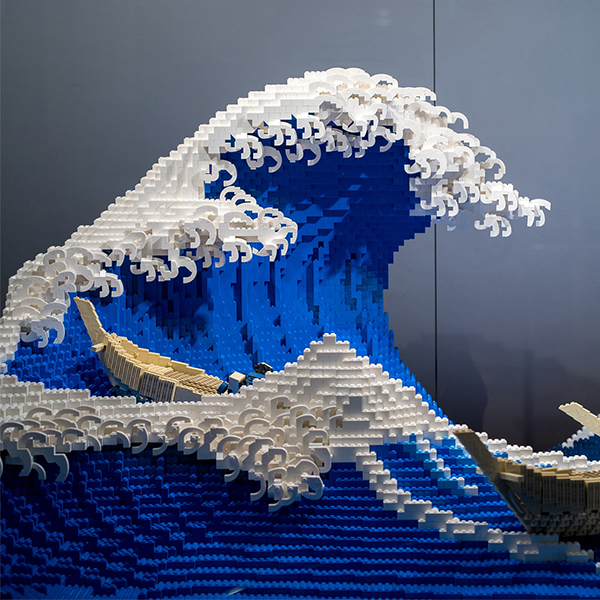