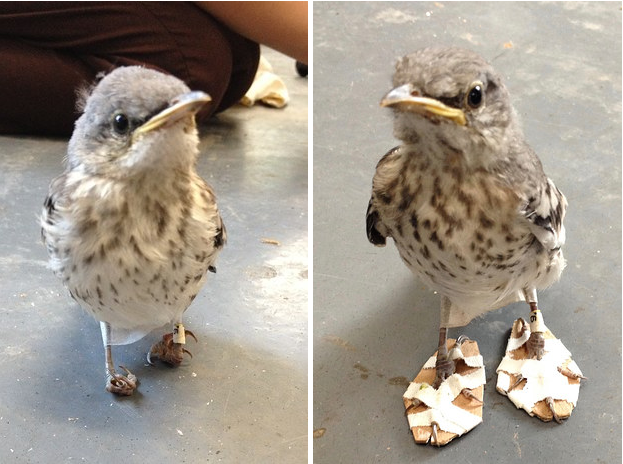 Sometimes, all it takes to repair an injured bird is some cardboard, tape, and creativity. Recently, the California Wildlife Center (CWC) in Malibu rescued a Northern Mockingbird whose feet were “knuckling,” meaning she was unable to open her feet to walk or perch. The rescue team describes how the deformity forced the bird to stand on the tops of her toes which were curled underneath her—perhaps causing even more injury. Birds with this condition often develop sores on their feet. If left untreated in the wild, Jennifer Brent (of CWC) told Buzzfeed, the birds would eventually perish. Each year, the wildlife center receives about 5 to 10 of these cases.

Luckily, treating “knuckled” birds is easier than it looks. The ingenious veterinarians at CWC take cardboard and tape to craft flat “snowshoes” to affix to the bird's feet. The design's goal is to “retrain [the bird's] feet to open and allow the injuries to her toes to heal.” It usually takes up to one week for the bird's feet to realign, which is quite a fast recovery. “It’s gratifying that such an easy fix here can change an animal’s life,” says Dr. Lorraine Barbosa. This fortunate mockingbird was no different. After a week, she was given the green light and was released back into the wild—although she had to leave her snowshoes behind. Then again, it's not winter yet.

Before treatment, this little bird couldn't even perch on trees or walk around. 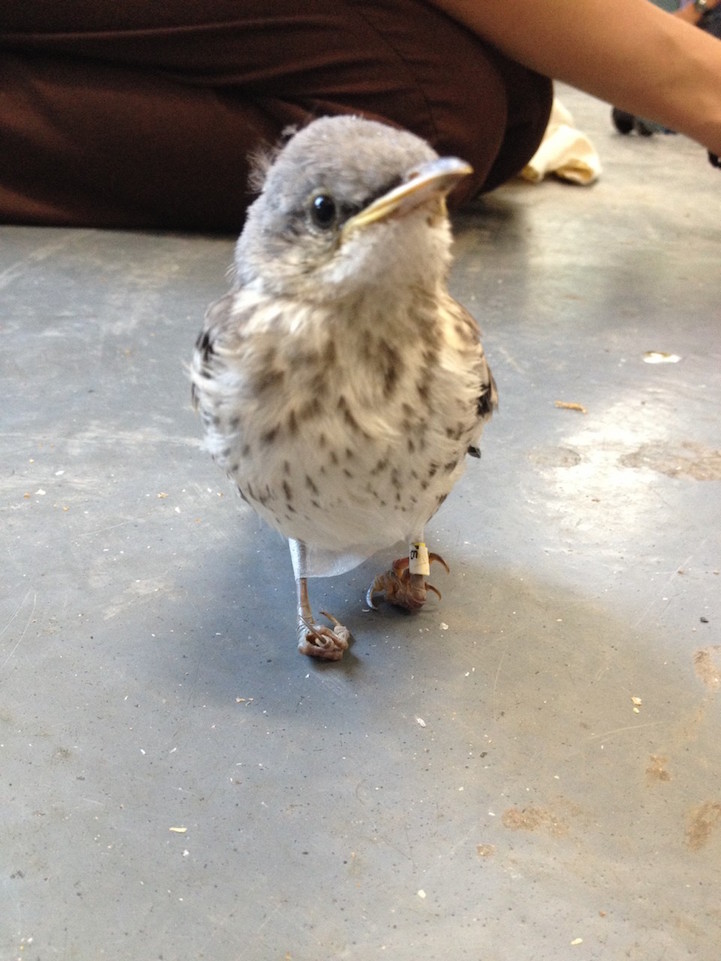 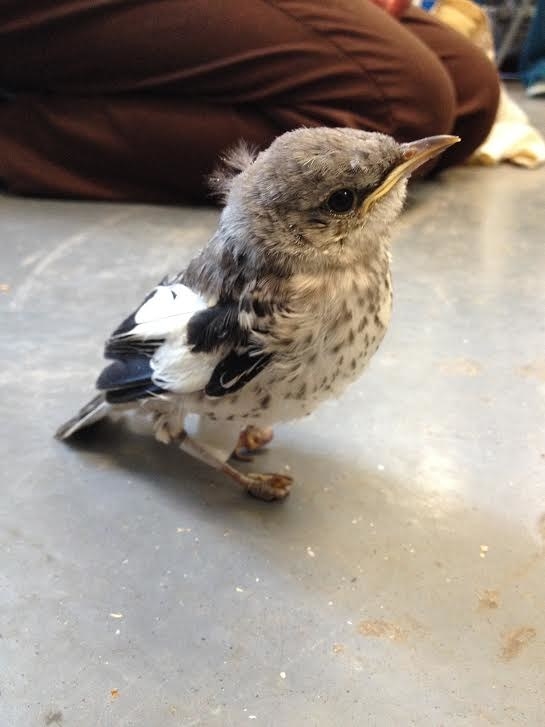 After wearing these “snowshoes” for a week, the bird was released to the wild and she looks as good as new! 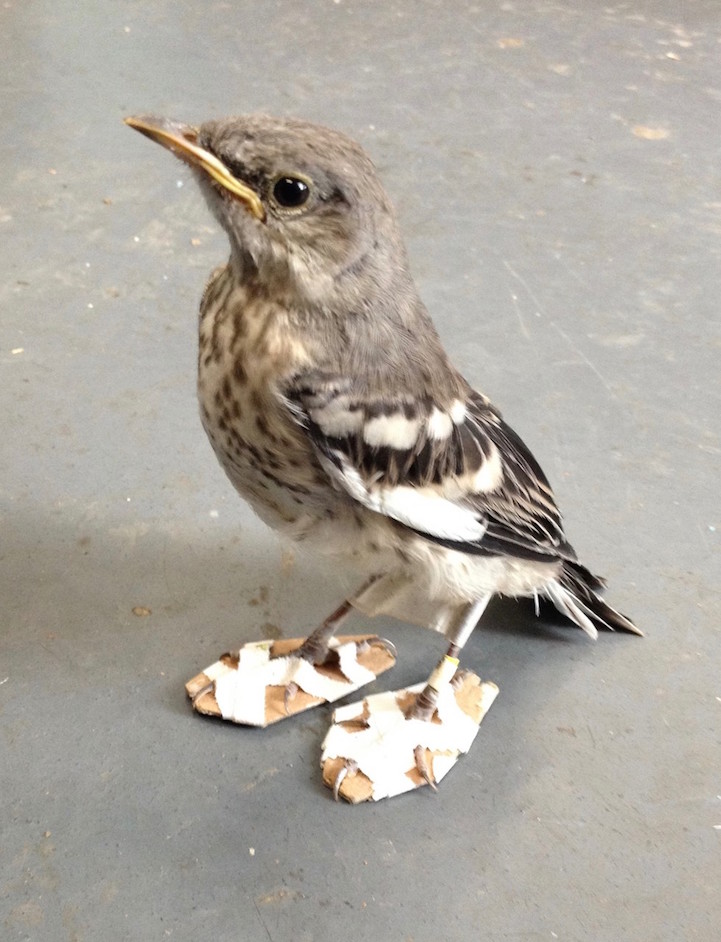 All images via Lorraine Barbosa of the California Wildlife Center.