Daring Octopus Escapes Aquarium to Go Straight Back to the Ocean 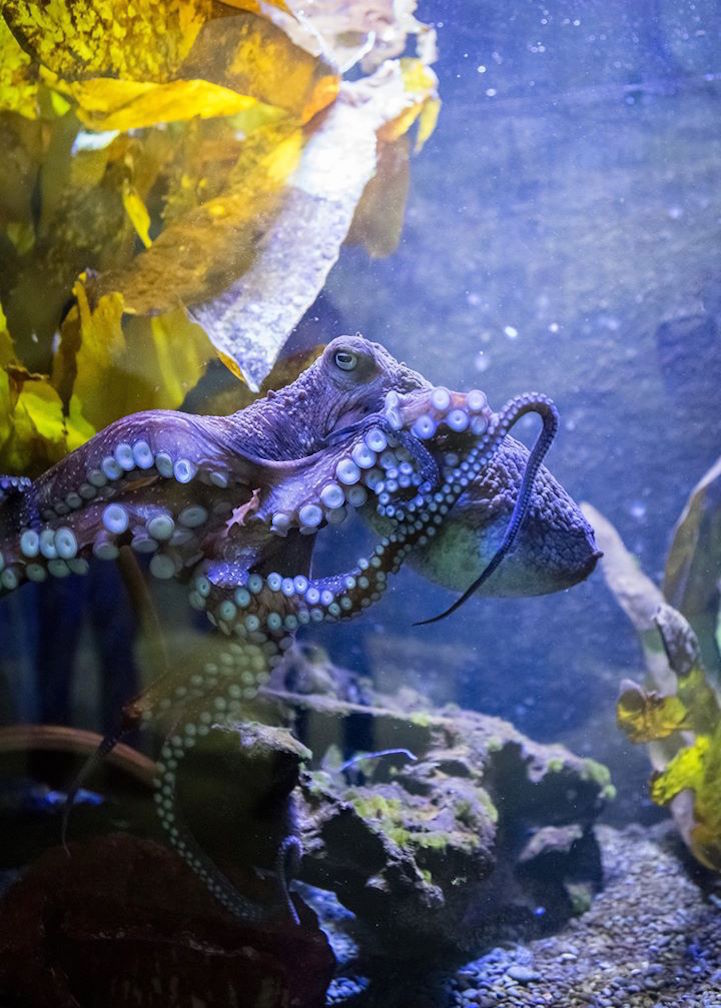 The Pacific Ocean's newest icon has eight arms and oodles of gumption to match. Inky the octopus, who belonged to the National Aquarium of New Zealand, recently made a great escape back to his native waters via a drain pipe, without anyone seeing him flee.

Inky had lived at the aquarium since 2014, when he was rescued by a fisherman who found him snagged in a crayfish trap a few miles from Napier, where the aquarium is located. He arrived with several shortened limbs, along with a few other wounds, but the staff nursed him back to health, hand-fed him fish, and entertained him with toys and games. He quickly became a hit among local visitors, who chose his name in a contest that was hosted by the Napier City Council.

Despite the attention and tender loving care, Inky seems to have snuck from his tank one night when the lid was left slightly open, slunk into a drain, and squeezed his football-sized, boneless body through a 150mm pipe that led into the sea. Aquarium manager Rob Yarrow credits Inky's curiosity for the adventurous vanishing act. Yarrow explains, “I don't think he was unhappy with us, or lonely, as octopuses are solitary creatures. But…He would want to know what's happening on the outside. That's just his personality.”

Perhaps Inky had a cunning sense of humor, too. He left just one sly hint of his breakaway behind: a streak of water on the floor. 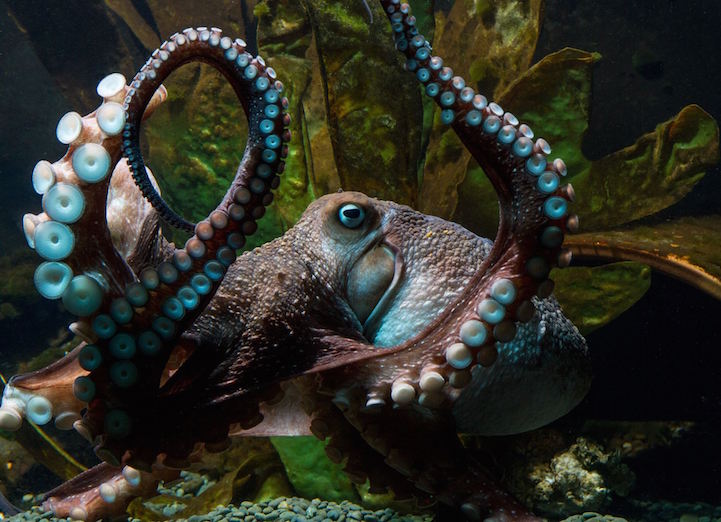 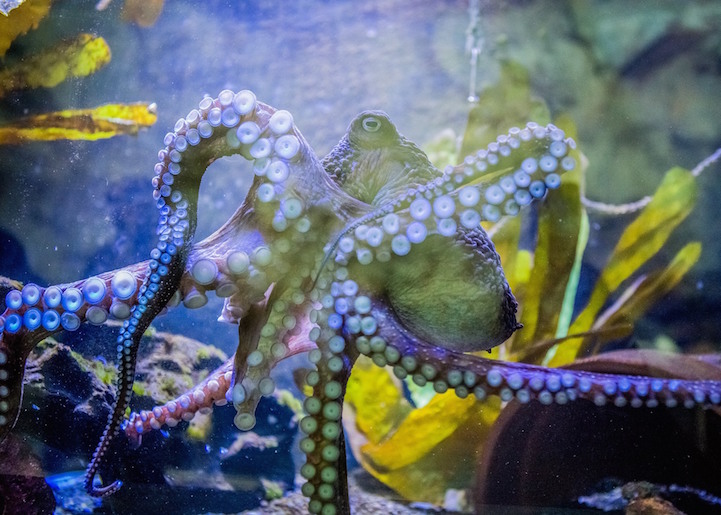 All images via National Aquarium of New Zealand.