Inside Scoop On Design: Ten Questions with Hartmut Esslinger 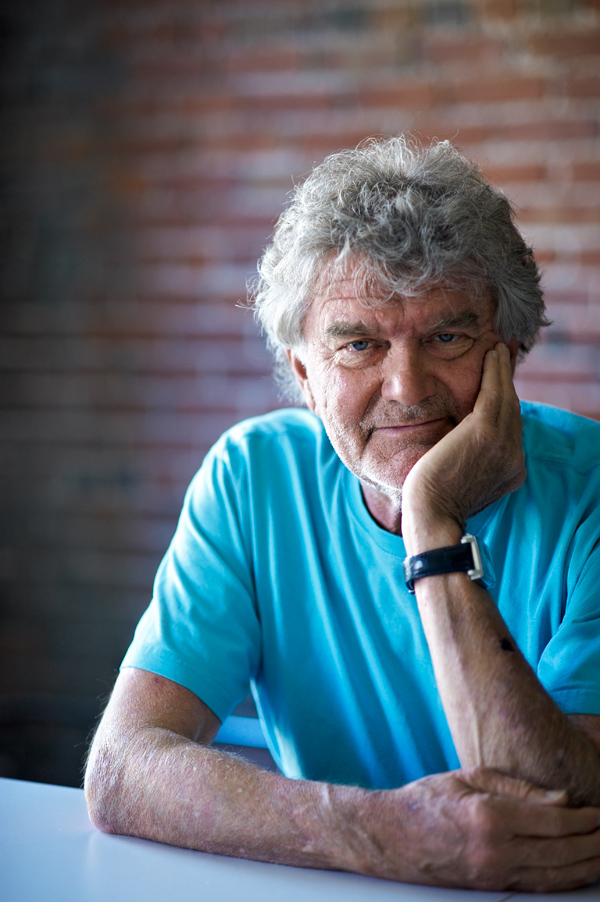 American Express asked Esslinger, one of the most respected designers in the world, 10 questions about design and what followed was both interesting and enlightening. Hartmut Esslinger is the founder of frog design. He's worked with some of the prestigious companies like, Apple, Sony, Louis Vuitton, in creating global, instantly recognizable brands. In 1982 he entered into an exclusive $1,000,000 per year contract with Apple Computer to create a design strategy which transformed Apple from a “Silicon Valley Start-Up” into a global brand. He created the “Snow White design language” which was applied to all Apple product lines from 1984 to 1990, commencing with the Apple IIc and including the Macintosh computer. Here are my favorite excerpts: Question: How does Steve Jobs's mind work? Answer: I cannot read Steve's mind, but he is a wonderful-crazy person for whom the word “impossible” doesn't exist. His strongest point is to be a humanistic optimist–just think of his idea back in 1982 that a baby should be able to use a computer. My son Nico could play with a virtual slot machine and paint with the Mac when he was just one-year young. Steve has both vision and strategic discipline: where most executives stick to established business models, he pioneered the personal computer industry and then moved Apple into the new space of digital consumer electronics and entertainment. Also: Steve is not being carried away by “cool technology,” but he strives for complete and compelling experiences, which enrich people's lives–now beyond Apple with Pixar and Disney. Steve is a “Renaissance Man” of the digital age. Question: What can customers do {then}? Answer: Stop buying stupid products or deficient services–or buy the better product or service from a competitor. Also: tell them that their stuff sucks–and tell your friends. Social networks are a great new platform to create some momentum. Naturally, there is also a personal way: become a missionary for innovation or even better a designer when this in your genetic DNA. The world of business needs positive change more then anything else–so be the change (as Gandhi said). Question: What are your top ten products of all time? Answer: 1. Electric Light Bulb 2. Japanese Lunch Box(es) 3. Mercedes 300 SLR “Uhlenhaut” 4. Boeing 707 5. Porsche 911 6. Apple Macintosh (after the Macintosh SE) 7. Arne Jacobsen Chair “3107” by Hansen 8. Sony Walkman 2 9. Gibson Les Paul Custom Guitar 10. Hubble Telescope Question: If a young person wants to be a great designer, what should he or she do? Answer: “Design” isn't a clear-cut talent profession, but one of coordination and catalyst between human needs, science and technology, business and economy, as well as sociology and ecology. The artistic talent required is more of an enabler at the end of rational and emotional analysis as well as strategic conceptualization. Therefore, it is vital to learn and study as much as possible especially about business, technology and human nature. In the end, there are flavors in design which are more esthetic–see New York Times “Style Magazine”–but design is only relevant when it improves human lives by appealing both to the mind and the heart. Finally, a young person with the right talents needs to have infinite desire and never give up. I apply a simple test with young students: smash a teapot into pieces and then hand out the glue. Those who rebuild the teapot won't make it, those who create phantasy animals and spaceships will. Open Forum, American Express