Past and Present Collide in Ghosts of War, France 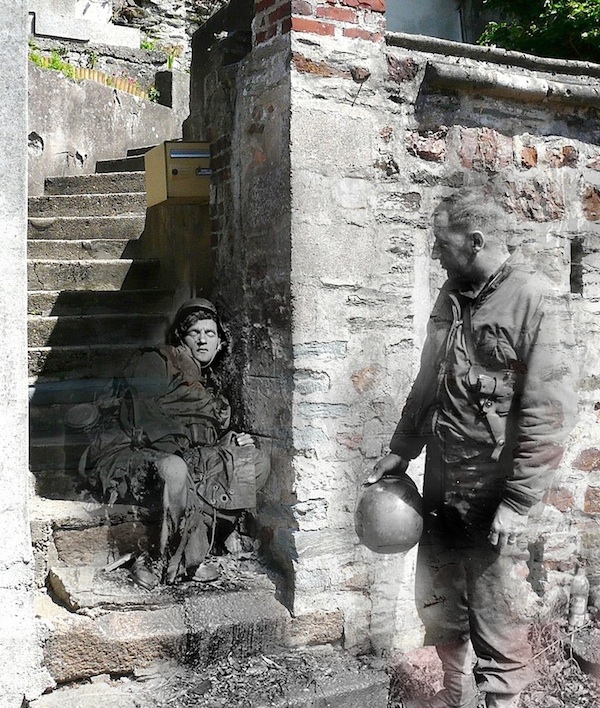 As a historical consultant, Jo Teeuwisse finds photos from the past and learns about their context. As it says on her website, “For years we have been researching daily life before and during the second world war, not just gathering information but also interviewing eye witnesses and recreating certain aspects of history to gain a unique insight into that era.”

Back in 2010, we featured her incredible photos of present day Amsterdam merged with its past. When we interviewed her, we found out that she started the process of photoshopping two eras together back in 2007, when she discovered 300 old negatives at a flea market.

Throughout the past few years, Teeuwisse has continued to combine the past and the present, and recently, she put out more haunting photos that show soldiers at war in France. Disturbing as some of them might be, like the one above titled Left Behind, the images are meant to give us a deeper understanding of our history, particularly of WWII. As Teeuwisse once told us, “I knew what happened there, but knowing the exact spot of some detail will etch it into your visual memory.” 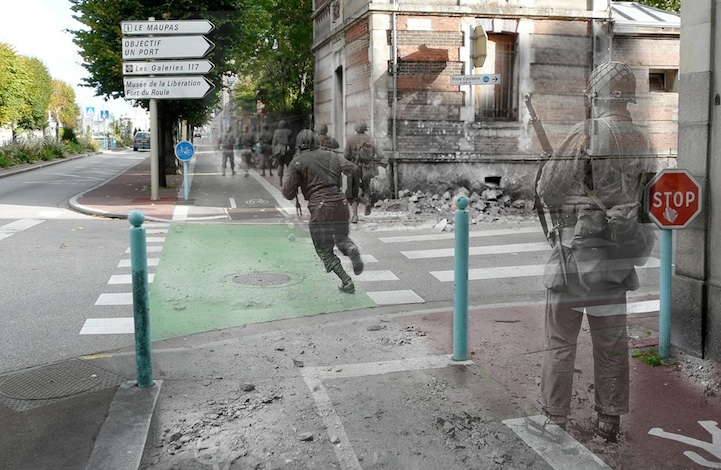 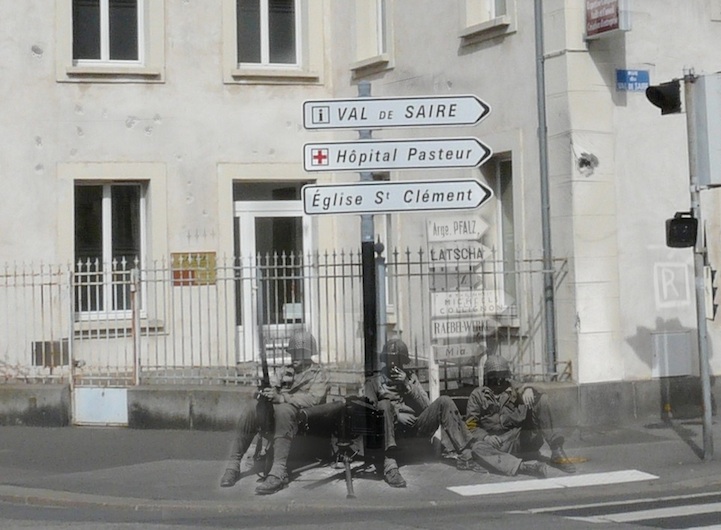 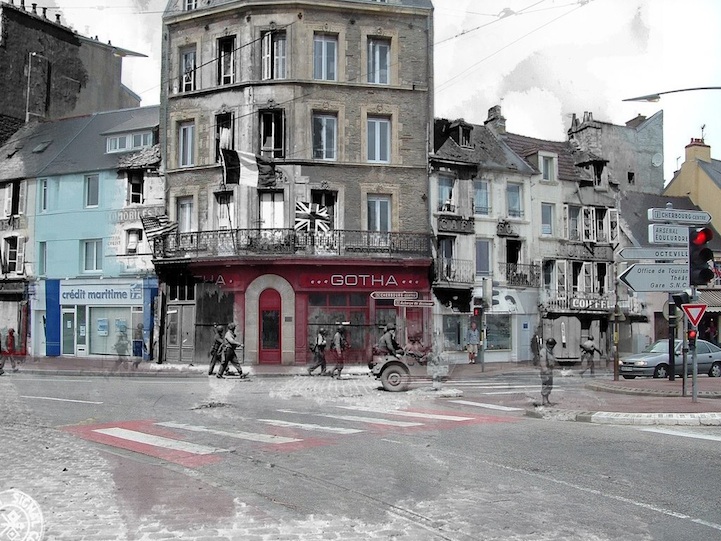 One Way Traffic (Allied soldiers on the move.) 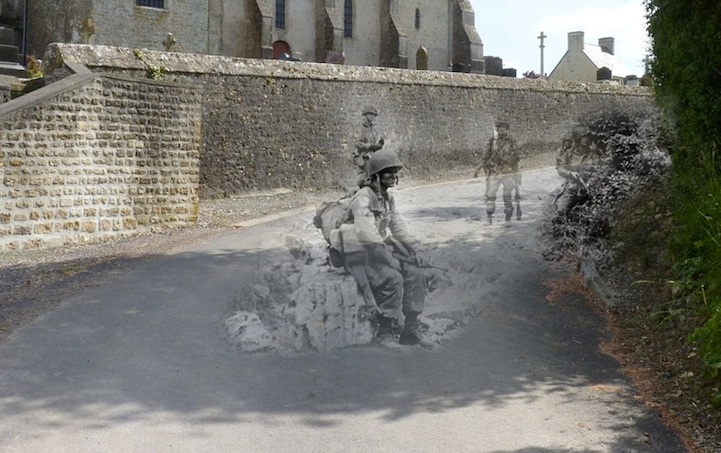 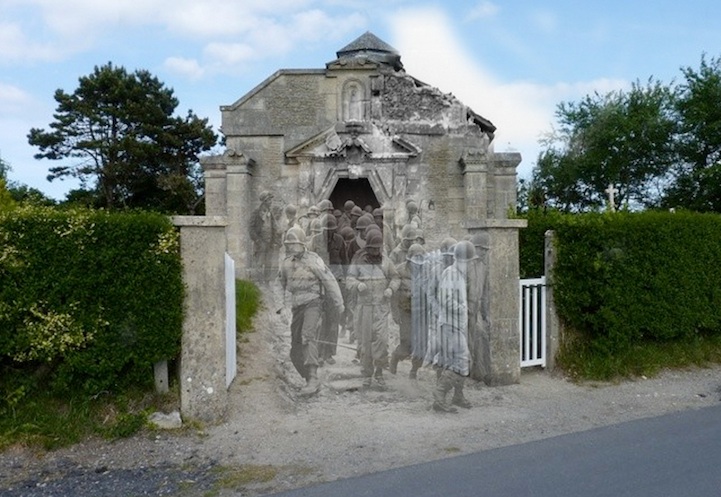 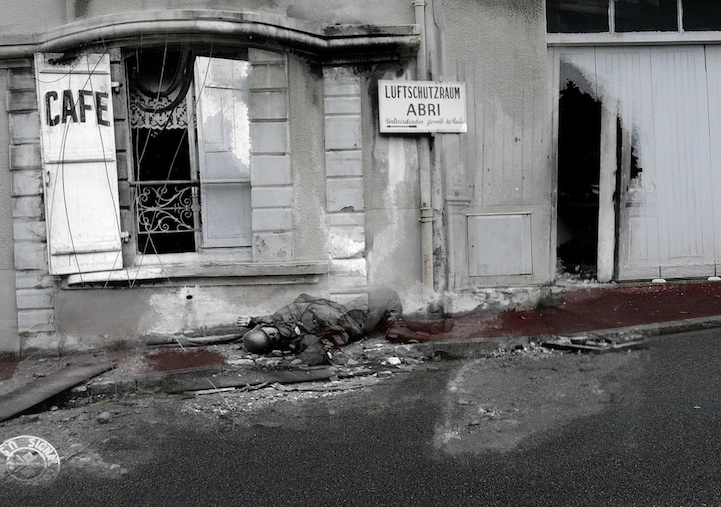 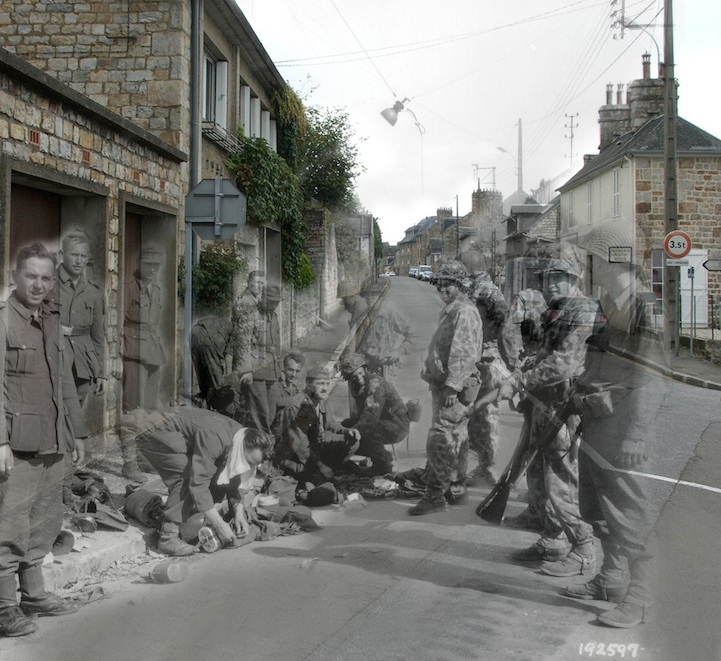 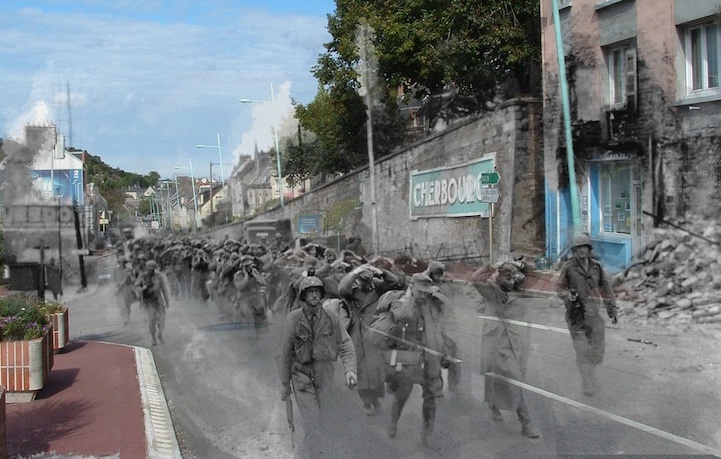 Cherbourg (German prisoners of war being marched away by American soldiers.)