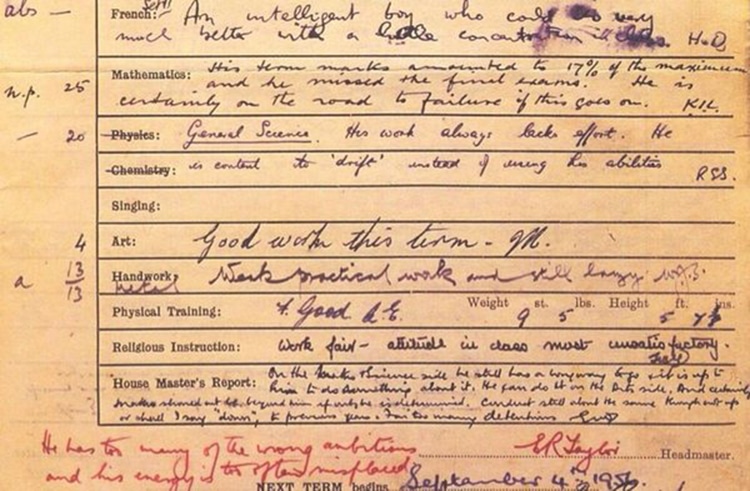 Like most kids, you probably remember the fearful dread of getting your school report cards. If you were never a straight-A student, chances are you had hidden talents in other, more creative fields. This was the case for the late John Lennon, who in September 1956, received a not-so-positive report on his teenage academic endeavors.

He was only 15 years old at the time, but his teachers did not hold back; the scribbled piece of paper (tweeted by Author, Michael Beschloss) details comments from a number of his teachers. His “Religious Instruction” teacher writes, “Attitude in class most unsatisfactory,” while his math teacher sternly expresses, “He is certainly on the road to failure if this goes on.” Lennon was clearly a dreamer from a young age: his physics teacher says, “His work always lacks effort. He is content to ‘drift’ instead of using his abilities,” and his French teacher writes, “An intelligent boy who could be very much better with a little concentration in class.” As a final blow, the school’s Headmaster concludes, “He has too many wrong ambitions and his energy is too often misplaced.” Thankfully, Lennon chose to spend his energy on singing, songwriting, and co-founding The Beatles, the most commercially successful band in pop music history.

Lennon’s report card wasn’t all bad though: his art teacher writes, “Good work this term.” Funnily, the “singing” class report is left blank, perhaps signifying he didn’t even show up! However, maybe it’s better to imagine that his musical talent simply left his teacher speechless.

John Lennon’s old school report card from 1956 shows you don’t need to be straight-A student to have success.

Report card for John Lennon (who was murdered tonight 1980) at age 15:
“Too many wrong ambitions and his energy is too often misplaced”: pic.twitter.com/8gHR1SlCOS

All images via Michael Beschloss. 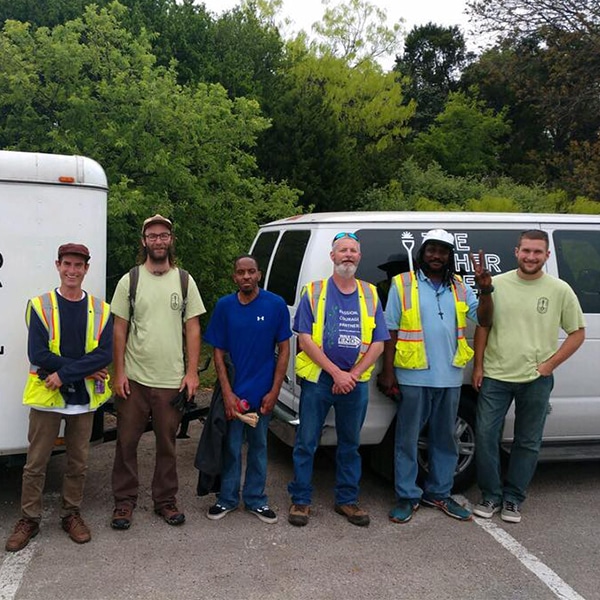