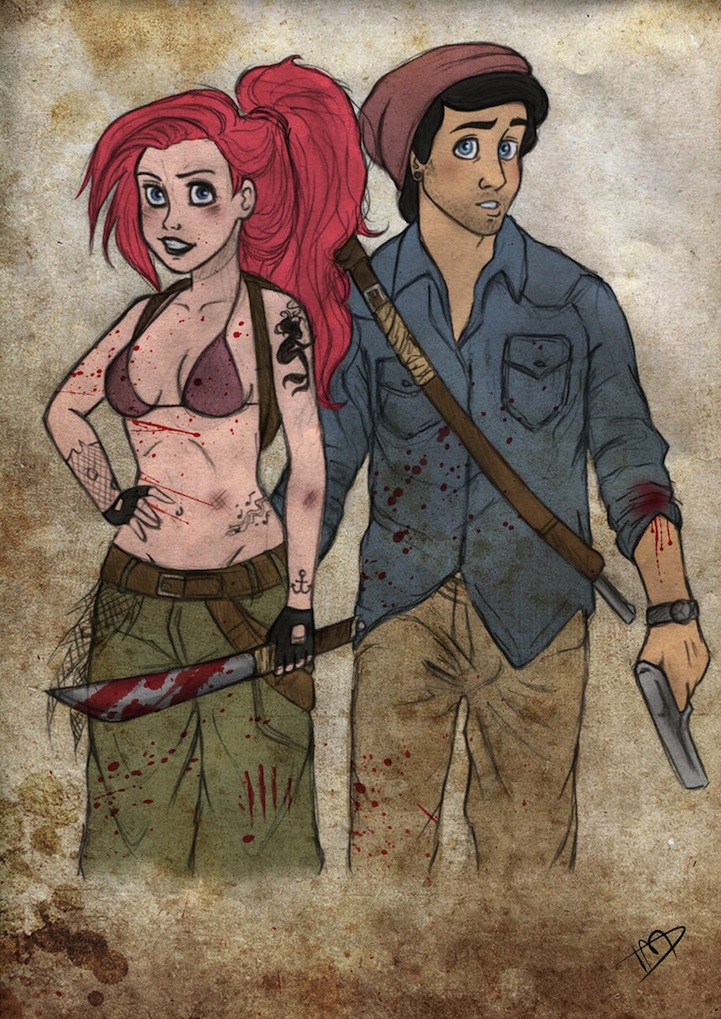 In a world of turmoil and darkness, the classic fairytale princesses wouldn't escape into their castles and hide away. At least not according to artist Kasami-Sensei, who developed this series in which Disney characters are poised and ready for battle.

The Walking Disney features many characters, including the beautiful princesses from Snow White to Anna and Elsa (Frozen), with cuts, bruises, and scratches, holding firearms and machetes, and looking as if they just won their last fight.

No longer perfectly dressed in fancy ball gowns, tuxedos, tiaras, or glass slippers, these well-known fictional characters face a new reality. Placed on rough, worn paper, the gruesome illustrations eliminate any lingering innocence. The artist has transformed the world into an apocalyptic, zombie-filled environment where self-defense is the key to survival. 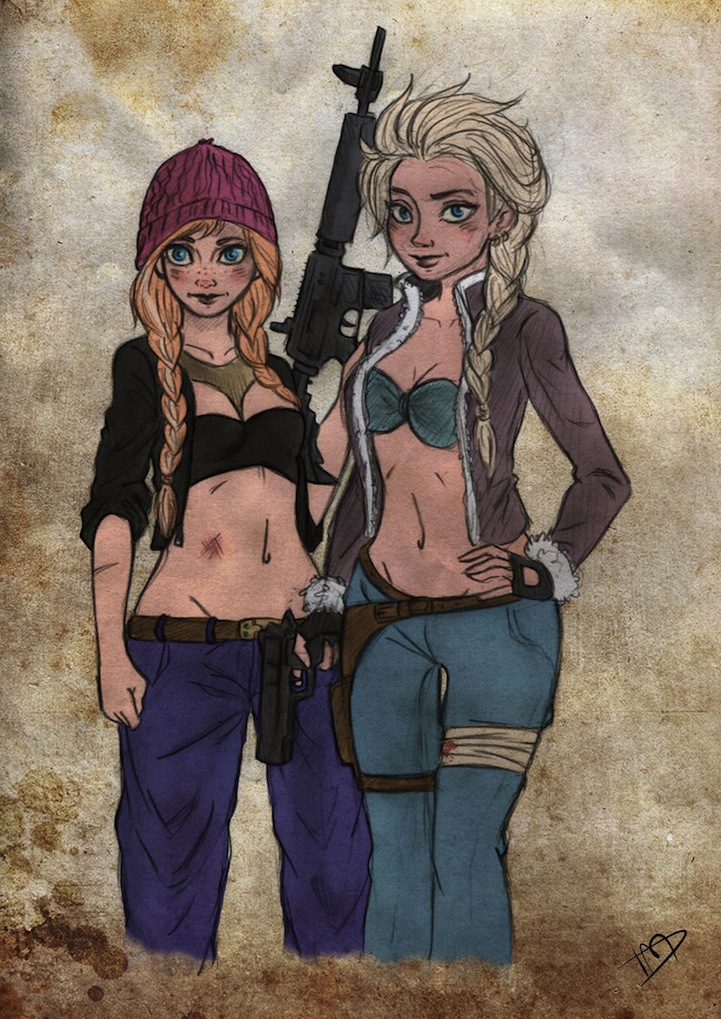 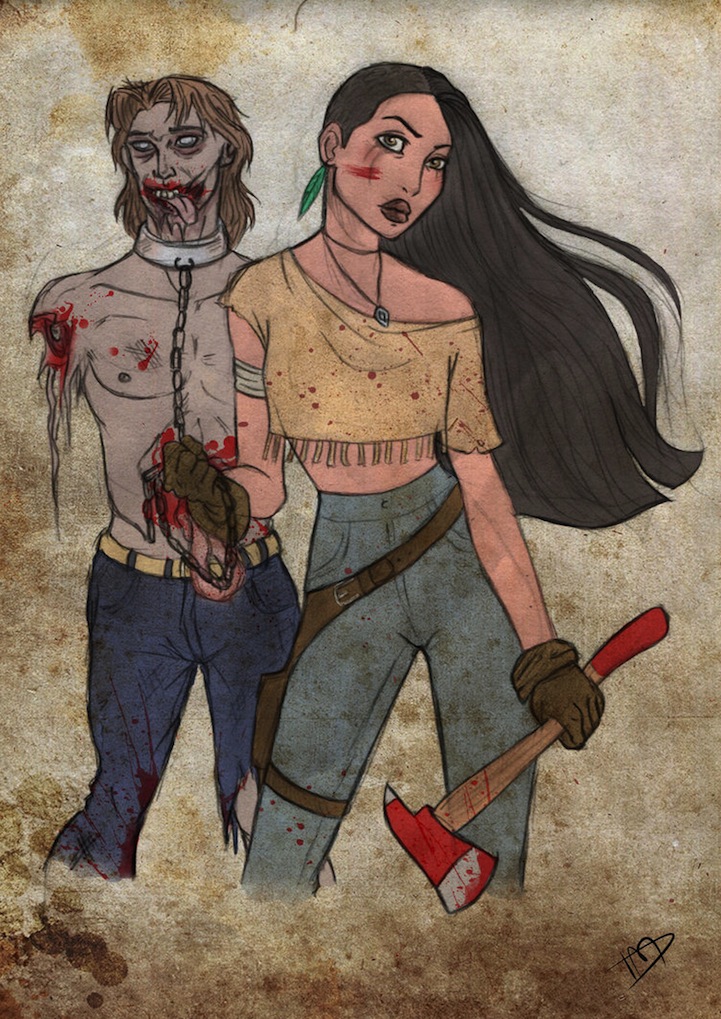 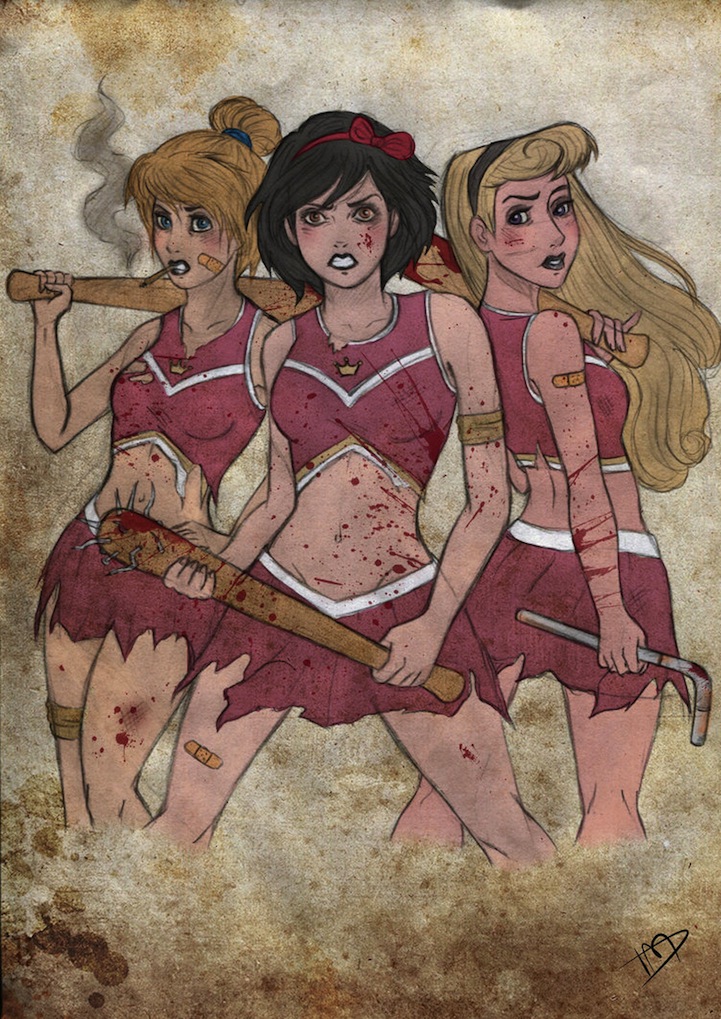 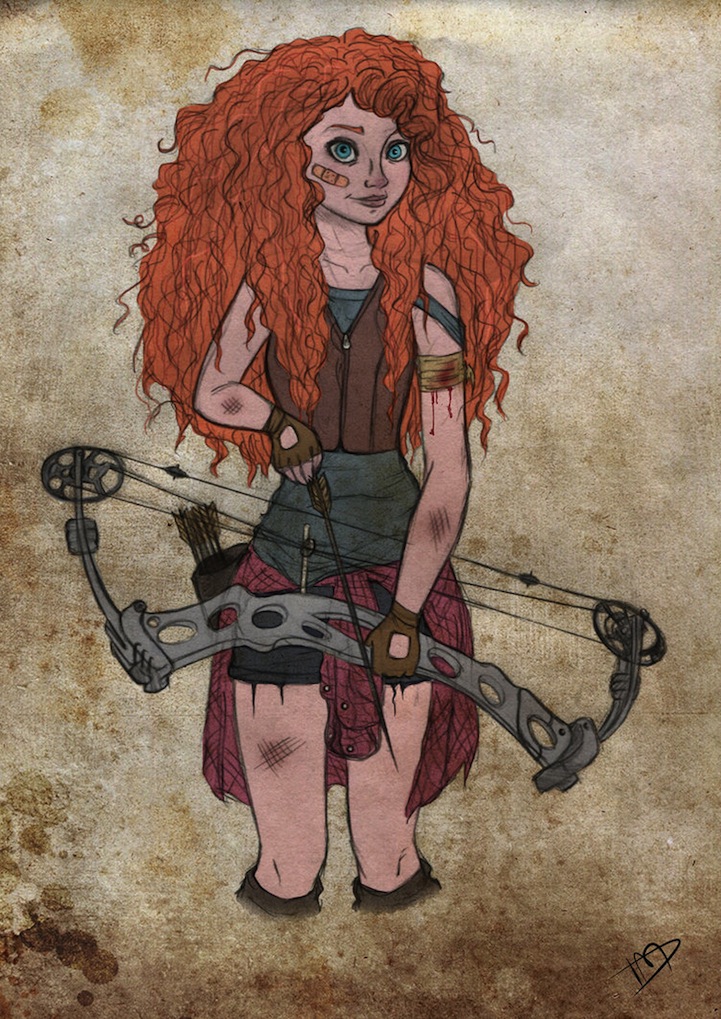 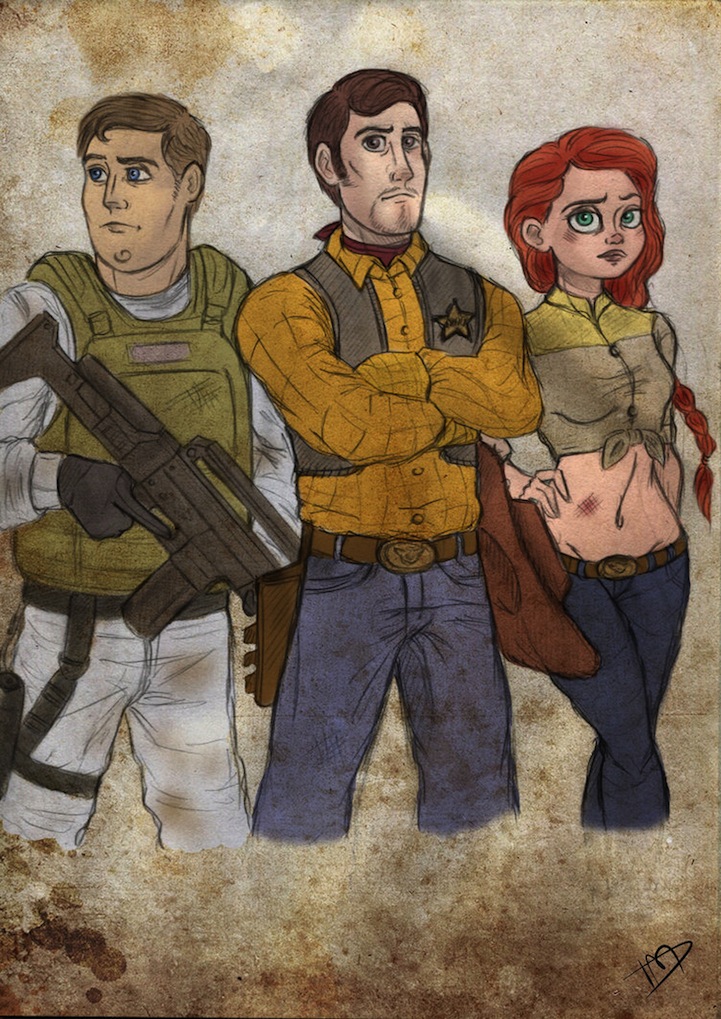 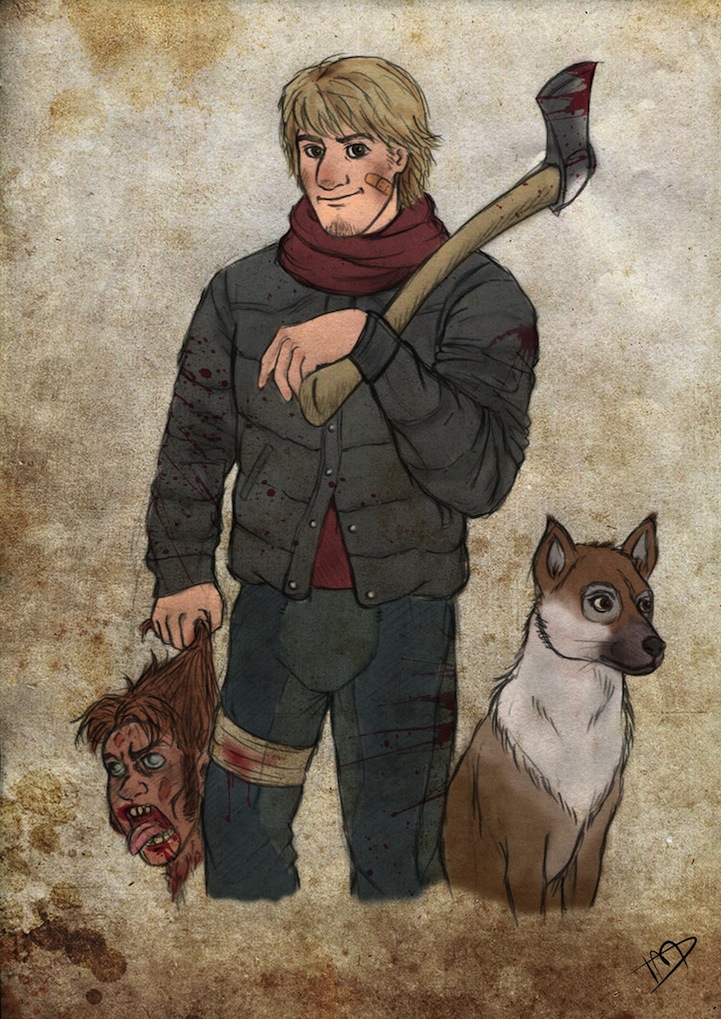 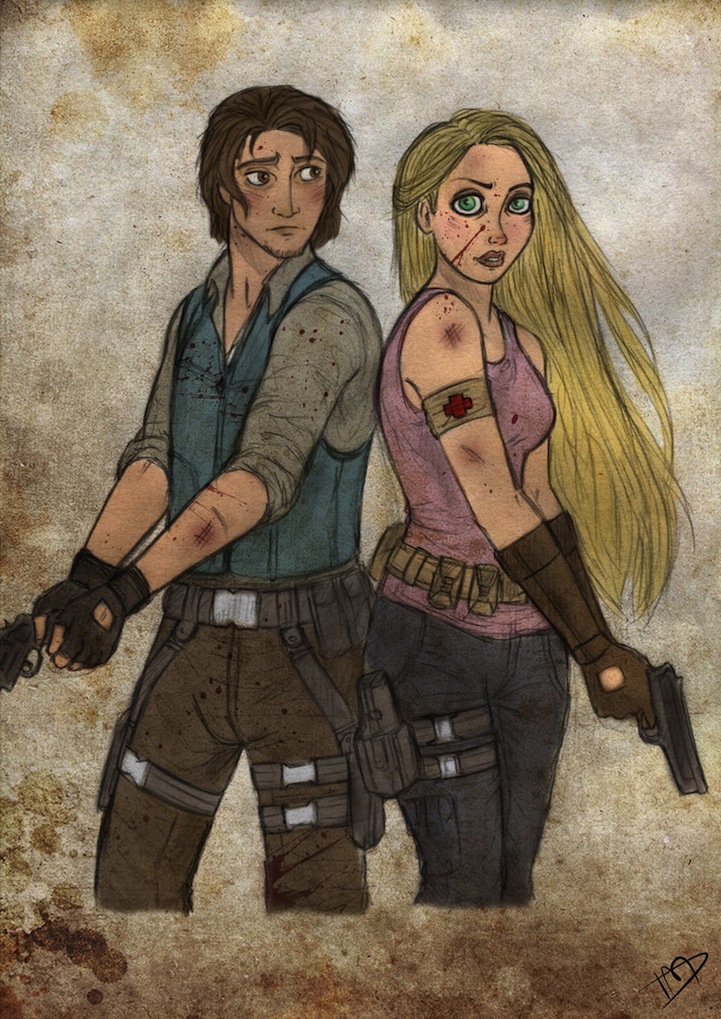 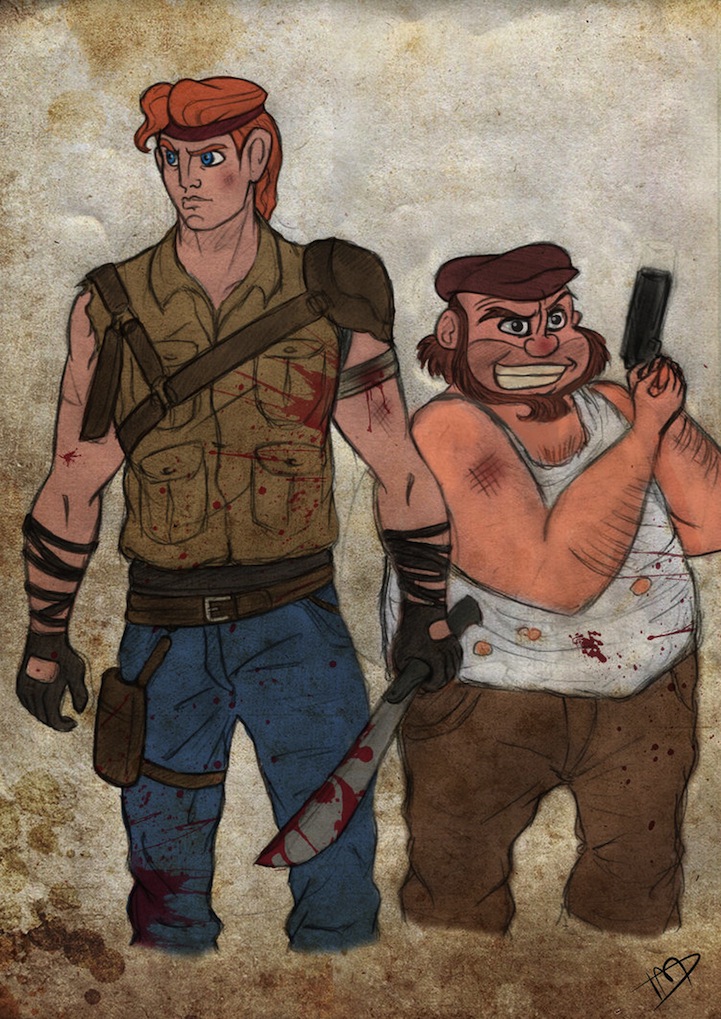 Kasami-Sensei on DeviantArt
via [Neatorama]