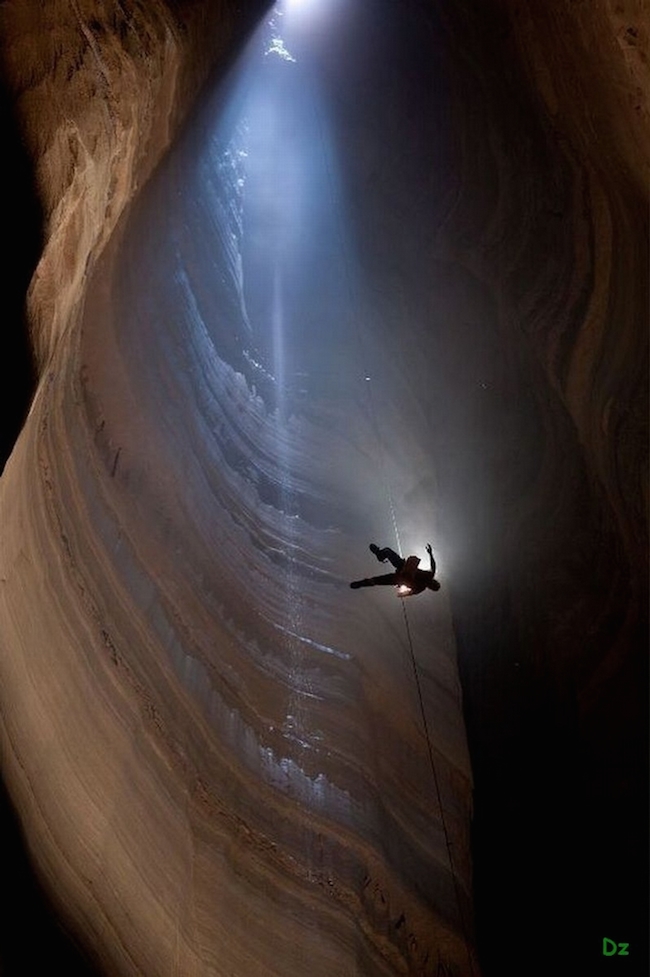 With a staggering depth of 2,197 meters (7,208 feet), Krubera Cave is the deepest known cave in the world. To put that in perspective, imagine six-and-a-half Eiffel Towers stacked on top of each other underground!

Considered “the Everest of caves,” the vast cavern, also known as Voronya or Voronja Cave, is located in the Arabika Massif. Arabika Massif is on the edge of the Black Sea in Abkhazia, a region that borders Georgia. Since its discovery in 1960, explorers and scientists have attempted to descend deeper and deeper into the cave. Thus, setting new records each time. In 2001, Krubera Cave officially became the deepest cave known to man. The massive cave has an explored depth of 1,710 meters (5,610 feet), beating the Lamprechtsofen by 80 meters.

Three years later, the cave also became the only known cave on Earth deeper than 2,000 meters. Ukrainian diver Gennadiy Samokhin extended the cave to its current recorded depth in 2012, by venturing far down into the terminal sump. The expedition to the sump, an area submerged completely in water), was a daring act that smashed world records.

Photos of expeditions over the years reveal an enormous subterranean wonder. In fact, the cave looks like it was taken straight from Journey to the Center of the Earth. With a freezing underground waterfall, entire areas filled with water, and tunnels so narrow it's nearly impossible to squeeze through, the Krubera Cave is an awe-inspiring labyrinth of countless pits and chasms descending deep into the darkness.

To explore this magnificent cave for yourself, be sure to check out National Geographic's interactive map of their global team's expedition in 2005.

Check out photographs of the Krubera Cave, the deepest known cave in the world! 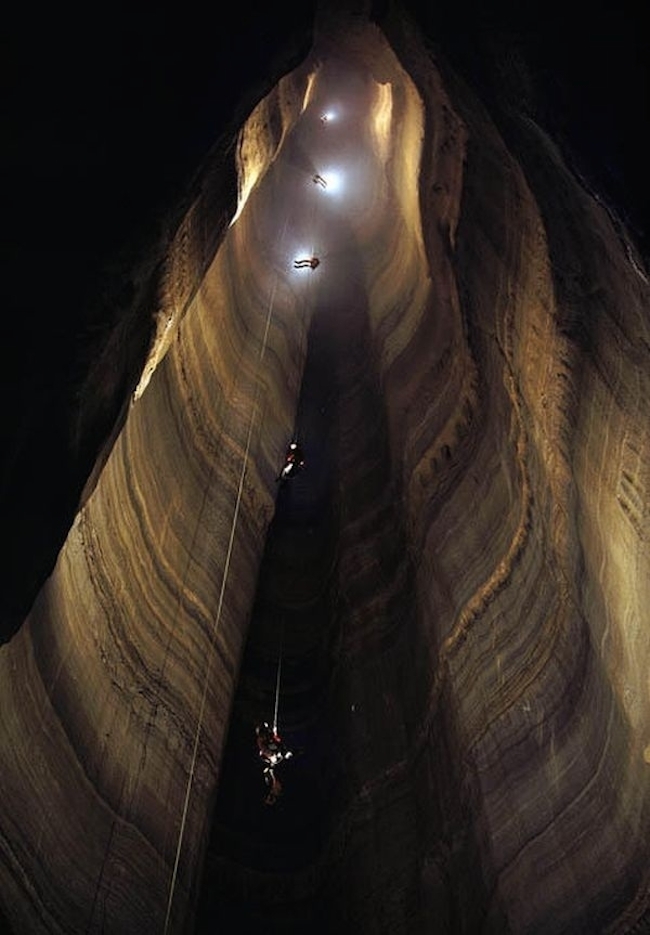 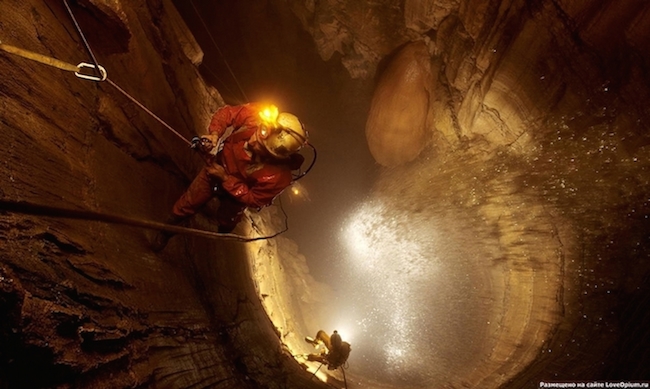 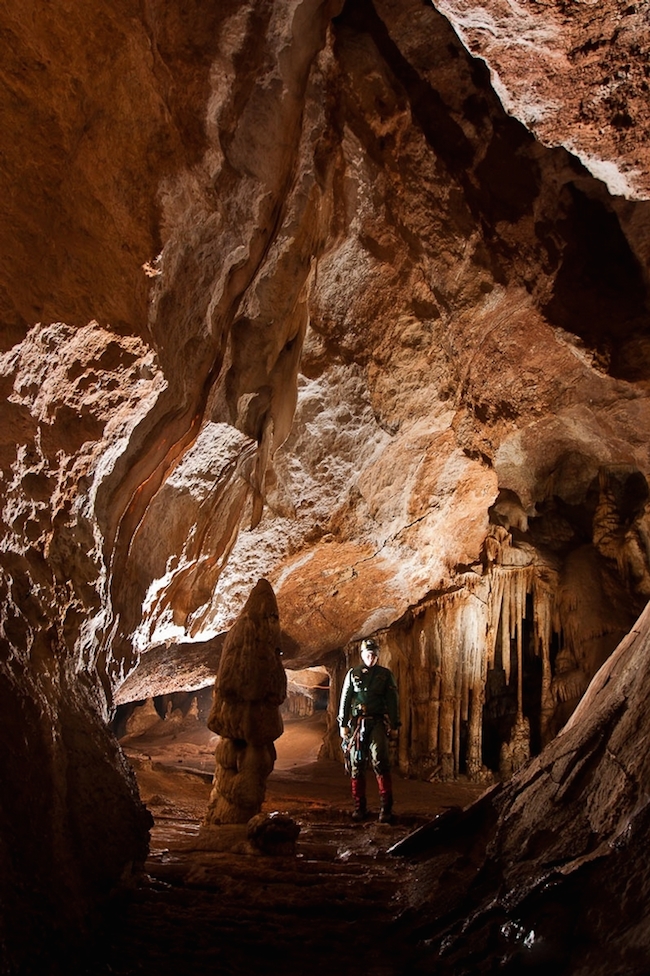 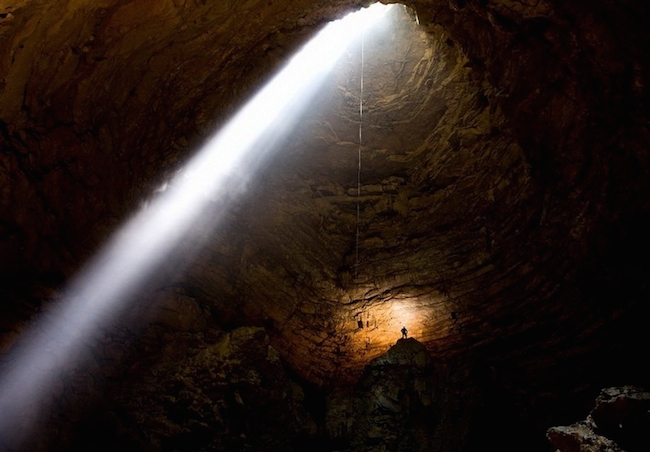 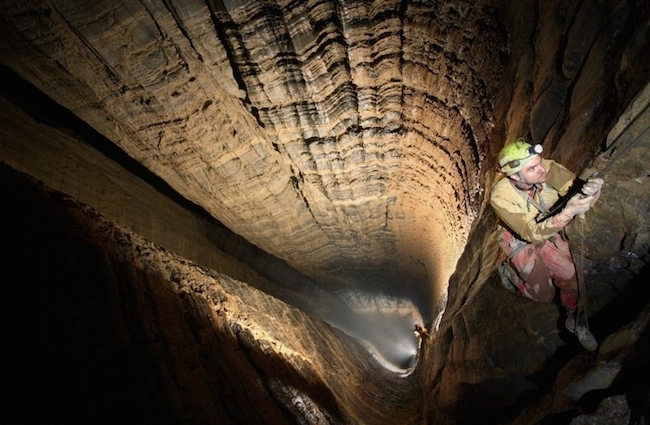 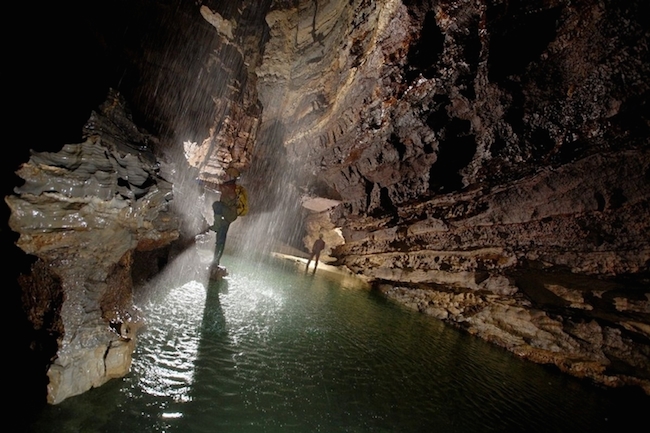 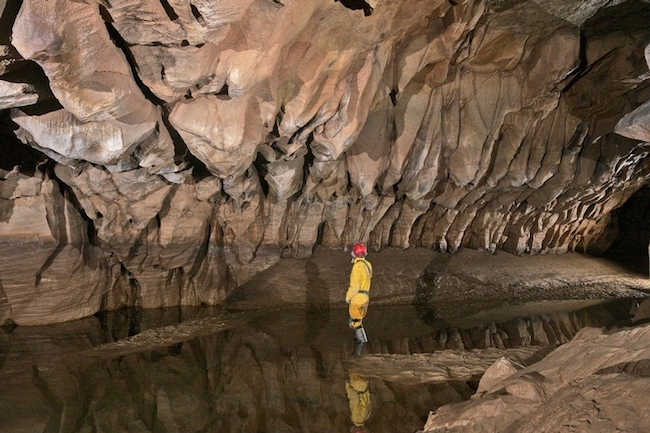 Watch this short film about Ukranian speleologists embarking on a Krubera Cave expedition.

via [this isn't happiness], [English Russia]