Filmmaker Lee Loechler has set the bar very high for marriage proposals. The creative man recently popped the question to his high school sweetheart Sthuthi by having the two of them animated into Disney’s 1959 classic film, Sleeping Beauty. In the amazing proposal, Sthuthi was cast as Princess Aurora and Loechler as Prince Phillip. During the pivotal scene in which the Prince awakens Aurora, Loechler's and Sthuthi's portraits appeared. The animation also featured Loechler/Phillip presenting Sthuthi/Aurora with a ring. If that weren't impressive enough, the ring then “magically” burst from the screen and landed in Loechler's hand. He asked Sthuthi to marry him as they were surrounded by their family and friends in the audience.

Loechler had the idea for a proposal like this for years—even before things got serious with Sthuthi. When he began thinking about marriage, he thought the concept was still a good one. There was one drawback, however. Upon learning that her favorite film was Sleeping Beauty, he knew that he didn't have any experience in altering an animation. But he watched the movie again and noticed that there was little action during the awakening scene and decided to go for it anyway. He enlisted the help of illustrator Kayla Coombs, and for six months they worked to make the animation perfect. It even included an “alternate ending” if she said no—luckily, Sthuthi was shocked and elated and immediately gave a resounding yes.

Watch the amazing Disney proposal below. Loechler caught it on all on hidden cameras, and you can see Sthuthi’s reactions to the film and her surprise when she realized that it wasn’t an ordinary moving screening. It’ll warm your heart!

Filmmaker Lee Loechler planned an epic Disney marriage proposal by having illustrator Kayla Coombs animate him and his girlfriend Sthuthi into Sleeping Beauty. 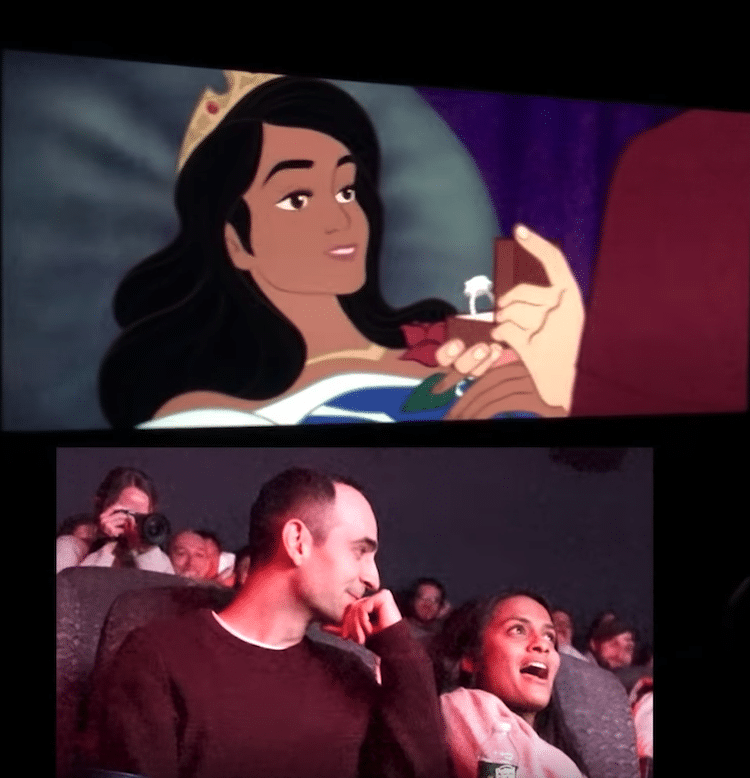 Sthuthi was totally surprised when she saw herself on the screen… 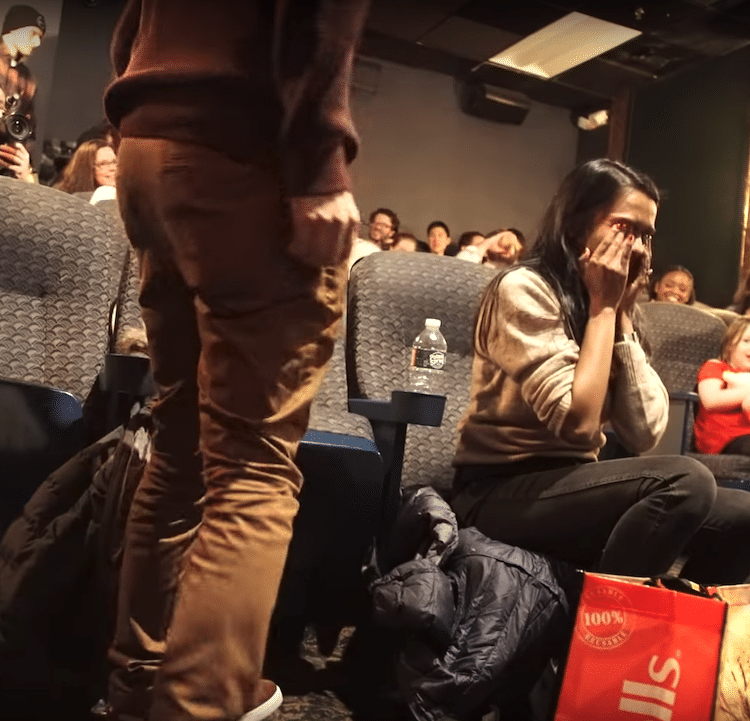 …and learned Loechler was proposing! 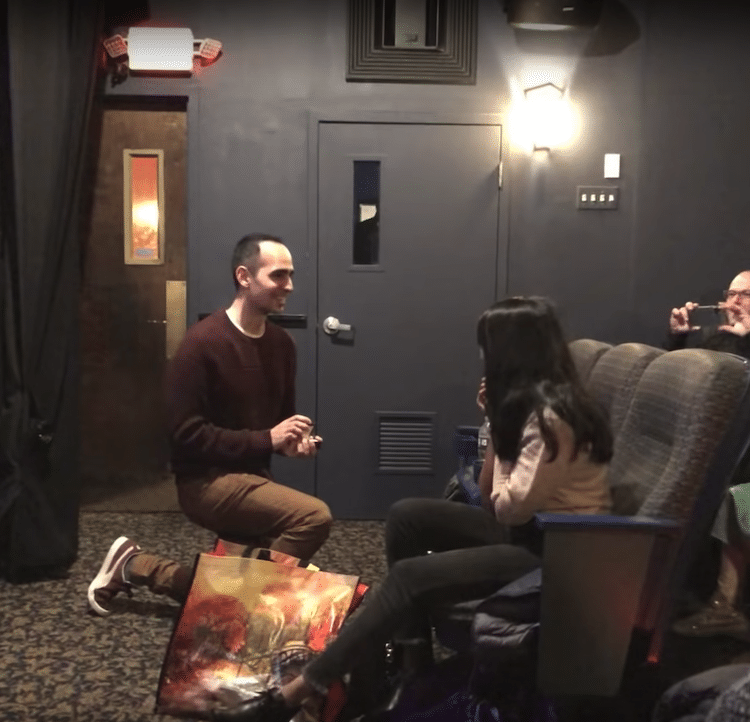 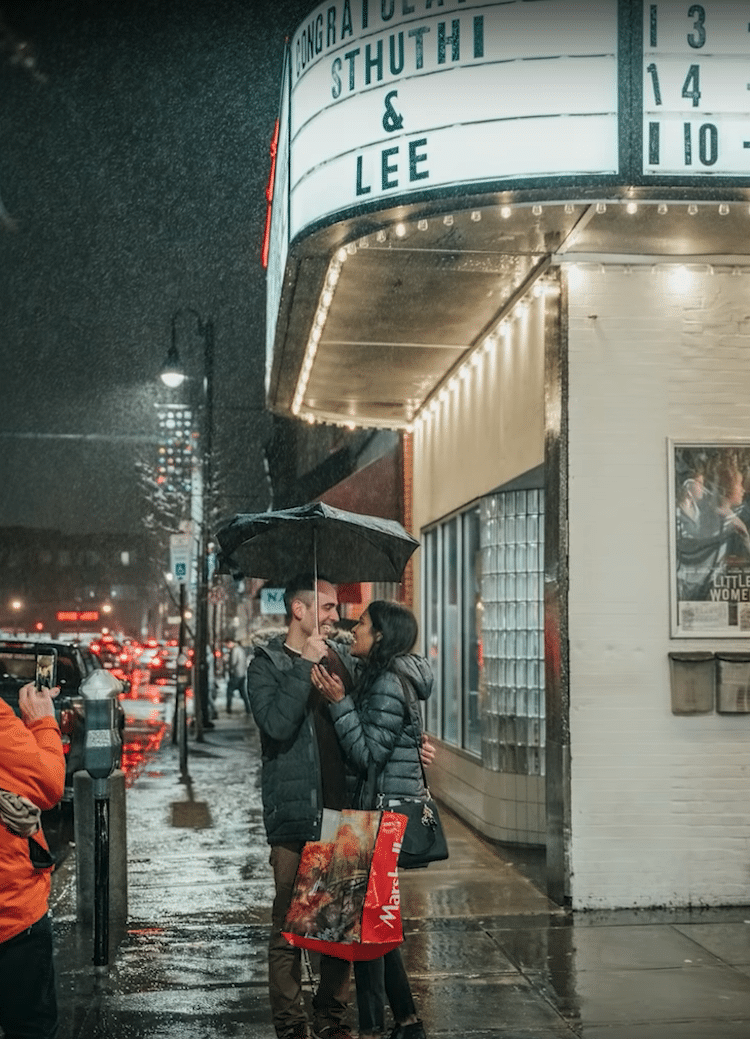 Watch the entire proposal below: