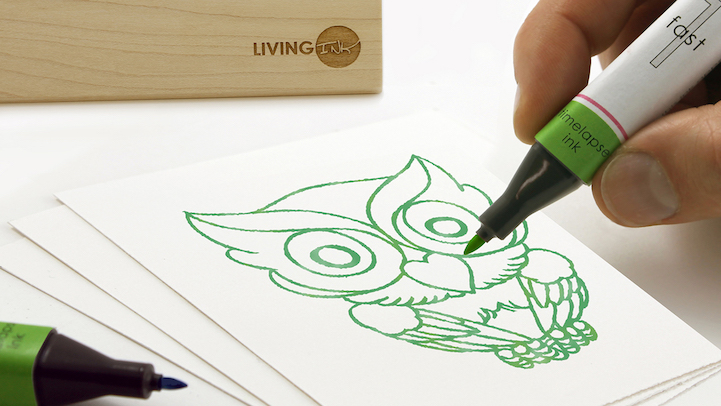 Over the years, we've admired many drawings created with unconventional materials, but this might be the most off-beat yet. Thanks to the team at Living Ink Technologies, algae is now a viable option for image-making, with a special added component: algae acts as an invisible ink that appears after a few days of exposure to sunlight. Its creators refer to this as “time lapse ink,” and they put this unique mixture into a pen intended for drawing and writing secret messages.

Living Ink utilizes the material's inherent scientific properties to produce their innovative product. Each pen contains very tiny amounts of cyanobacteria, algae, and chlorophyll, which, at first, are invisible to the naked eye. But with added sunlight, the algae and bacteria reproduce at an exponential rate in a process called binary fission. This results in billions of cells that become so dense, we can see them as a single green mass.

The world's first algae ink comes in two varieties: a pink pen, which contains “fast ink” that grows in a couple of days; and a blue pen that has “slow ink” that takes three or four days to appear. This allows a design to have a playful two-part reveal over the course of a week.

After drawing your illustration, there's one simple step left in the Living Ink process. Insert the artwork inside a compact greenhouse/picture frame, which is filled with a nutrient dense material that promotes growth. After a little time and some sunlight, your creation will appear.

Living Ink Technologies has taken to Kickstarter for funding its product. There, you can pre-order your own set of pens that celebrate the fusion of art and science. 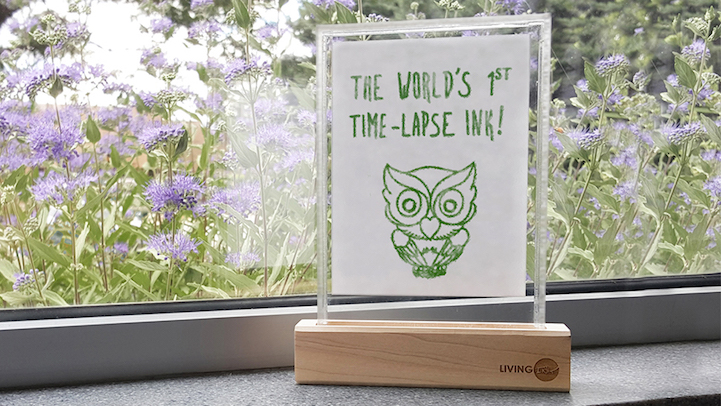 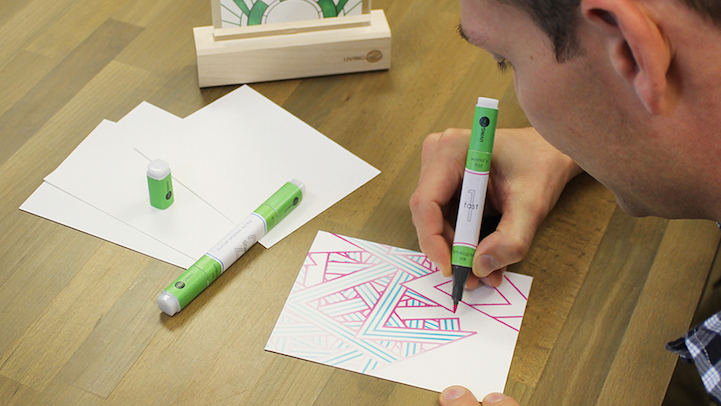 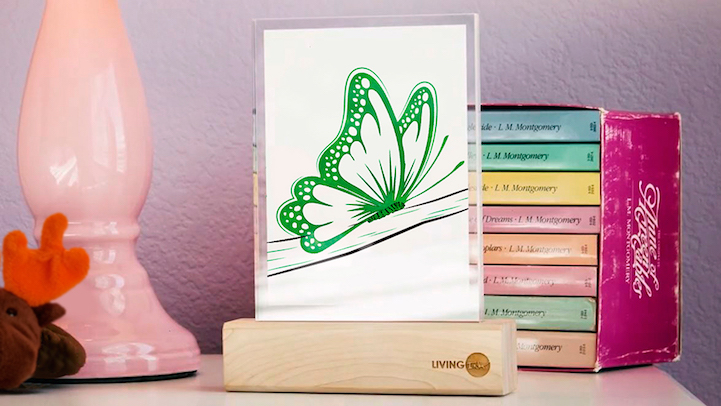