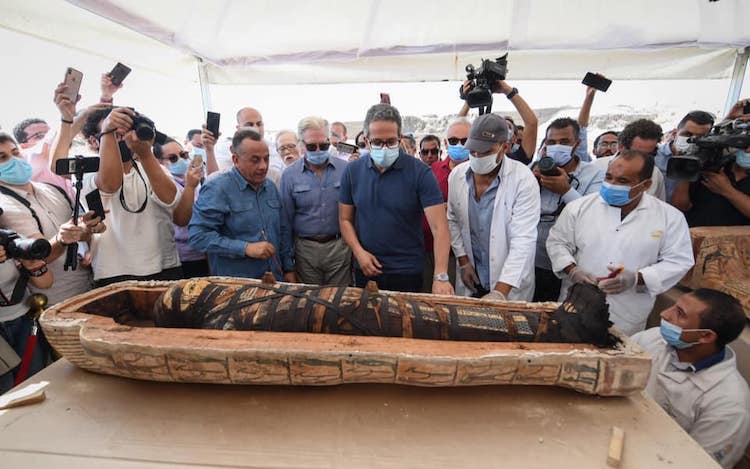 Last month, the Egyptian Ministry of Tourism and Antiquity announced the incredible discovery of 2,600-year-old coffins in Saqqara. Unearthed in a well near the Step Pyramid of Djoser, the wood coffins were found to be remarkably well-preserved and still retaining some of their paint. Now, archaeologists have taken the next step and actually opened one of the coffins.

Surrounded by press and dignitaries, researchers revealed a perfectly preserved mummy inside one of the 59 coffins that were discovered. The mummy can be seen still wrapped in its burial linen and the cloth has retained its paint. Based on preliminary analysis, researchers believe that the bodies are of priests, government officials, and prominent members of society.

In addition to the coffins, 28 statues of Ptah-Soker were discovered, as well as one statue of Nefertum. That statue was actually inscribed with the owner's name, Priest Badi-Amun. Ptah-Soker is a composite god that is found in funerary settings. The god is composed of Ptah, a creator god who was the local deity of the ancient capital of Memphis, and Soker, a falcon god of the Memphis necropolis. Nefertum is Ptah's youthful companion, and so is often found together with him.

But the coffins and statues aren't the end of what's to be discovered. Tourism and antiquities minister Khaled al-Anani promised, “Today is not the end of the discovery; I consider it the beginning of the big discovery.” As for the coffins, they'll be brought to the soon-to-be-opened Grand Egyptian Museum in Giza. Scheduled to open in 2021, the museum will host thousands of artifacts, including some of the numerous finds that archeologists have dug up in recent years.

After the discovery of numerous ancient Egyptian coffins, one was opened to reveal a 2,600-year-old mummy. 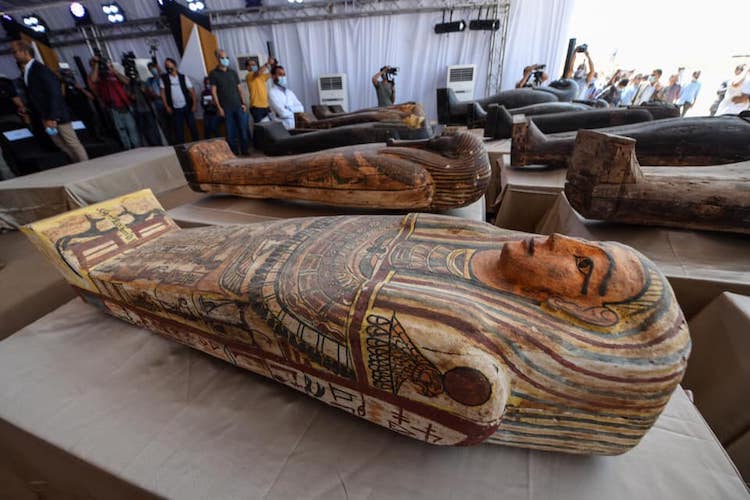 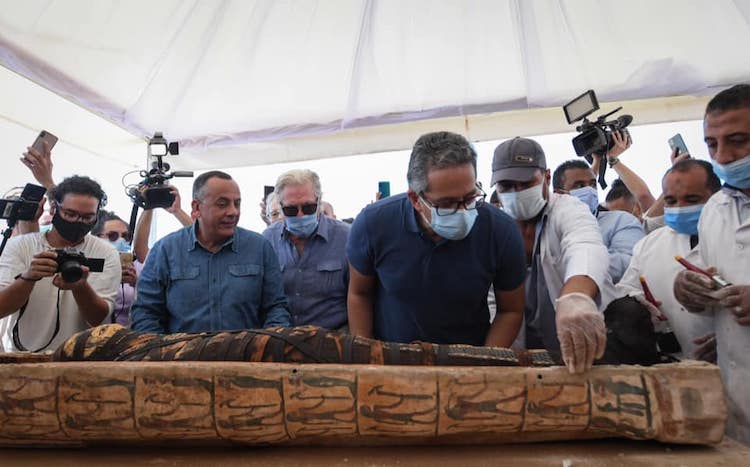 Watch as the coffin is opened for the first time.

Honoured to be invited by the Minister of Tourism and Antiquities HE Khaled El Anany to Saqqara for the announcement that a new tomb of mummies has been discovered. I saw one being opened for the first time in 2600 years! Truly amazing! @TourismandAntiq @MFATNZ 🇪🇬🇳🇿 pic.twitter.com/5oLfAM7zAV