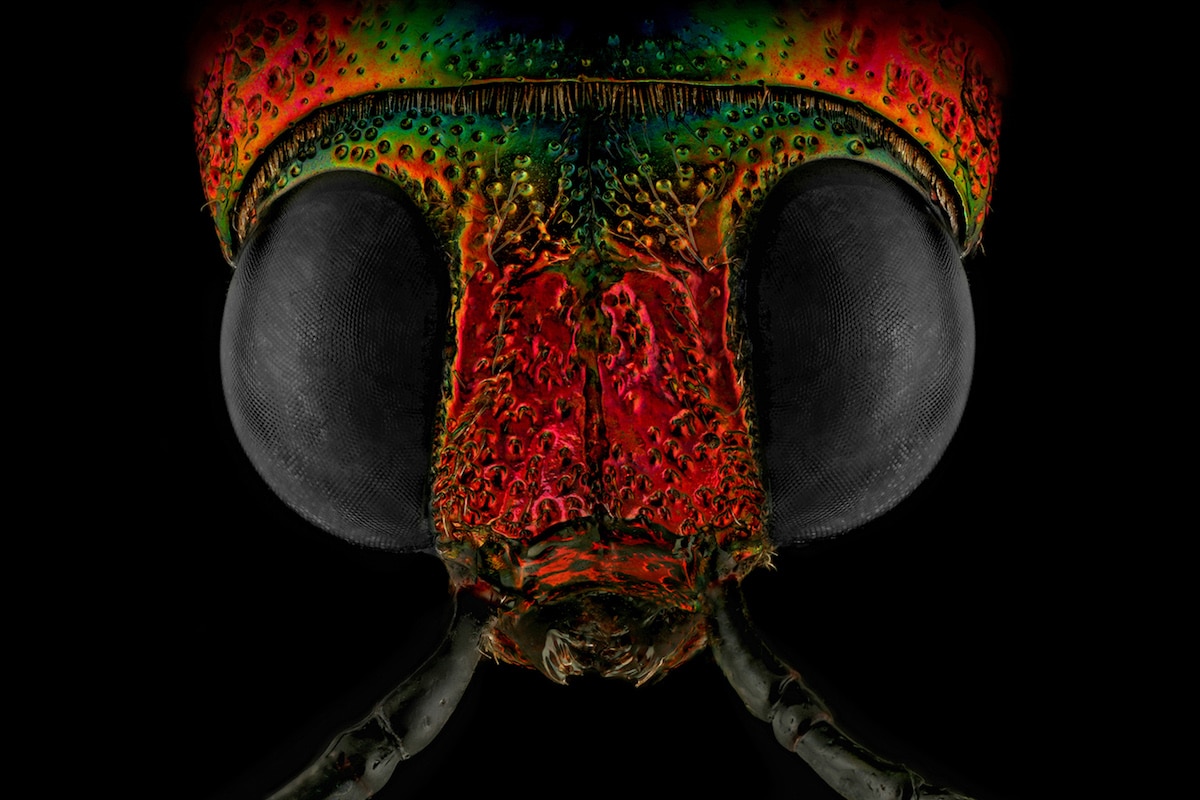 Jewel beetle. “Also called “pure”, with its bright, colorful coat it is one of the world's most colorful insects. A female beetle lays its eggs in dead branches to protect them from predators.”

Saudi photographer Mofeed Abu Shalwa had an unusual entry into his chosen profession. Shalwa, who specializes in macro insect photography, was actually spurred to pursue his passion by his childhood fear of his creepy-crawly subjects. Now, he's an award-winning photographer and scientific researcher who uses his lens to open up the hidden world of small insects.

Shalwa has focused a large portion of his work on scarab beetles and jewel beetles. In fact, he's traveled around the world and into forests in Indonesia, Malaysia, Austria, and Papua New Guinea to track these animals. “Insects, in general, are the first creatures that appeared on Earth—since 435 million years. My attention towards beetles was because they are the highest rank of insects, meaning that 40% of insects are beetles,” Shalwa tells My Modern Met.

“The search has also led me to the story connecting the secrets of the pharaohs to the holy Scarab beetle, which I wrote many articles about, for they used Scarab beetles for general purposes, and beetles were used in cylinder seals and seal buttons, and they were used as jewelry for rings and necklaces. The history of beetles throughout the ages extends to being one of the secrets that archaeologists tried to solve in the mysteries of the paintings of the Scarab beetles.”

Using macro photography, Shalwa is able to pick apart the minute details of these stunning beetles and reveal their beauty to the world. While he began his exploration in his own backyard, which is surrounded by an oasis of gardens, he slowly spread out and began his travels. This has put him in some interesting situations, which include being stun by a scorpion in a French forest and wading through swamps in search of dragonflies.

For Shalwa, the adventure is all part of the journey to shed light on these incredible insects. His photographs serve a dual purpose of helping the scientific community in identifying insects, while also opening up this magical world to a larger public. 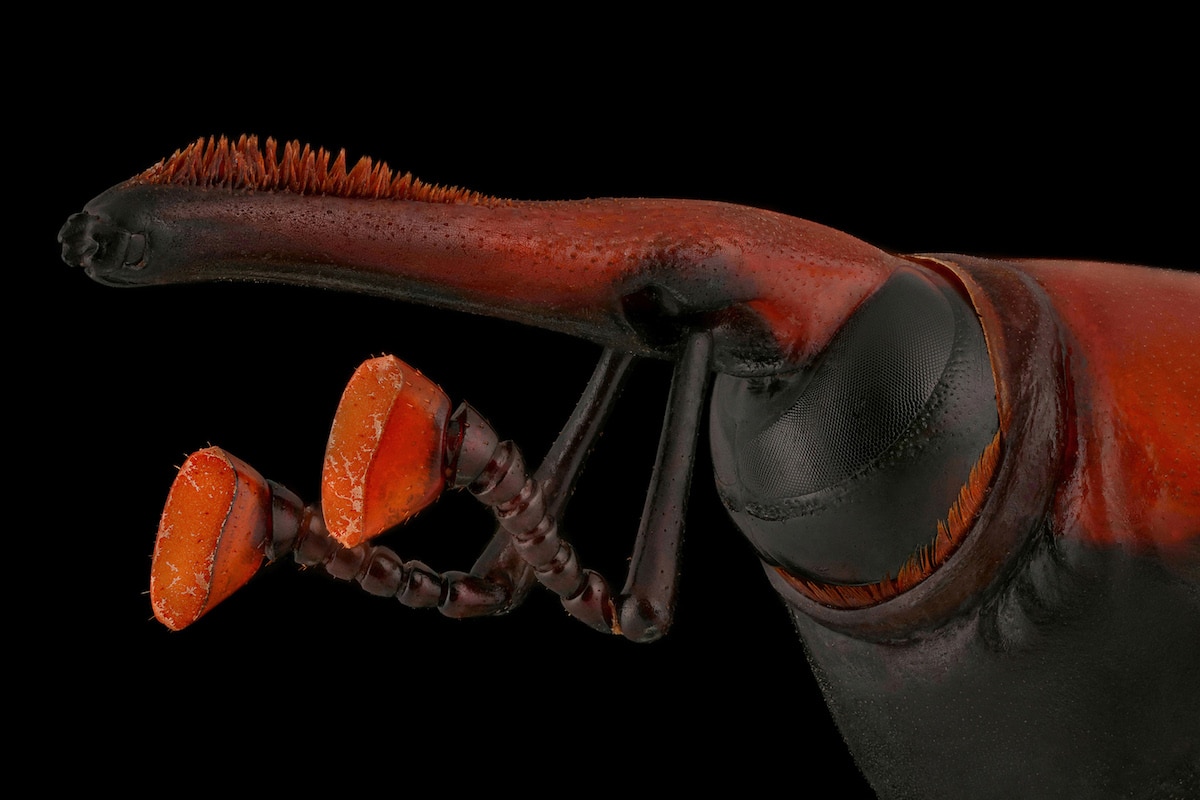 Red palm weevil. “A rusty red color Weevil larvae can excavate holes in the trunk of a palm trees up to a meter long thereby weakening and eventually killing the host plant.” 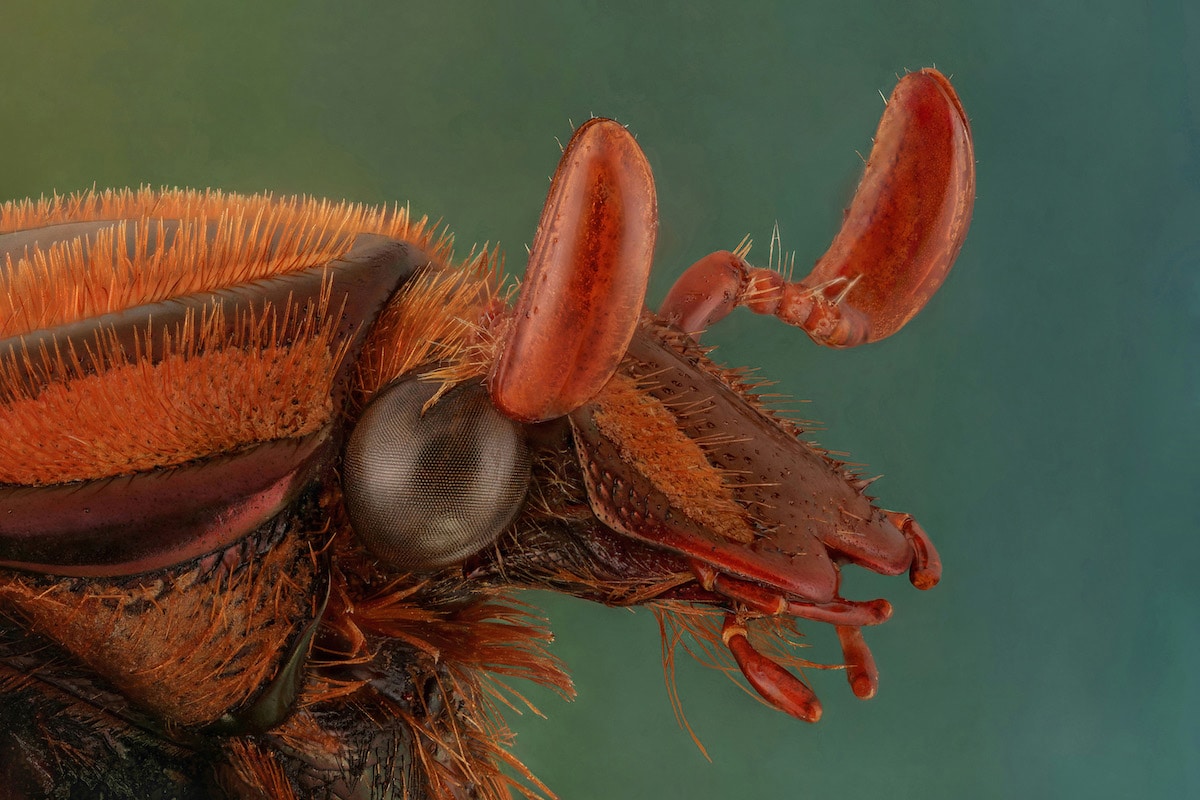 Copper flower beetle. “Flower Beetles are a group of scarab beetles that typically feed as adults on flowers of various plants. Although there are a few interesting species in this subfamily found in the New World, the vast majority of the large and colorful species are found in the Indo and Australian regions and Malaysia and Indonesia.” 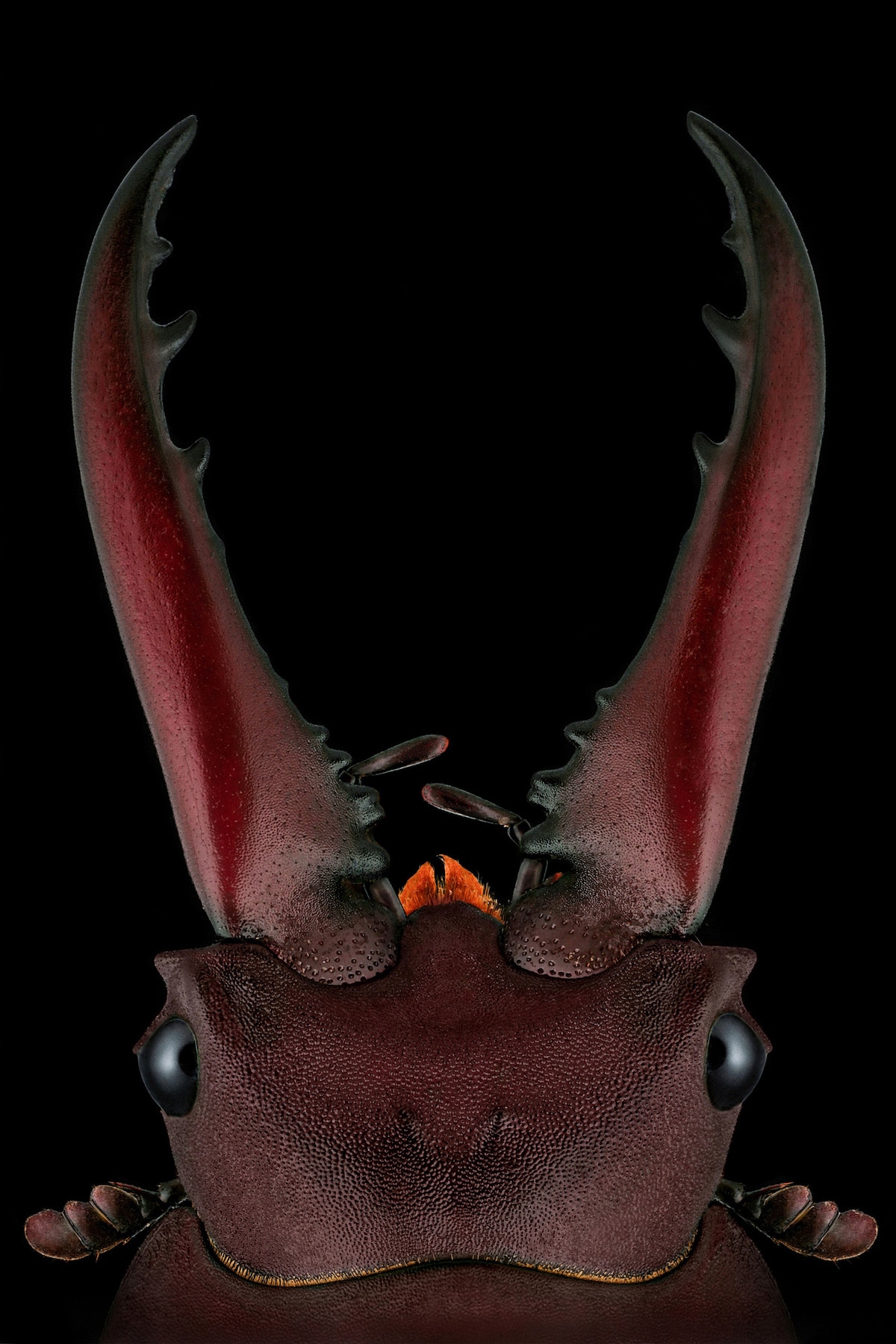 Prosopocoilus astacoides. “Cyclommatus is a genus of the Lucanidae family, also known as the stag beetle. The chief distinguishing characteristics of this genus are its impressive mandibles, which can sometimes be as long as its body, as well as its lustrous metallic exoskeleton, which can range from red, brown, green, purple, gold and a rarer blue-black. Male beetles of genus cyclommatus are generally larger than females of the same species, and exhibit brighter and lustrous exoskeletons compared to females.” 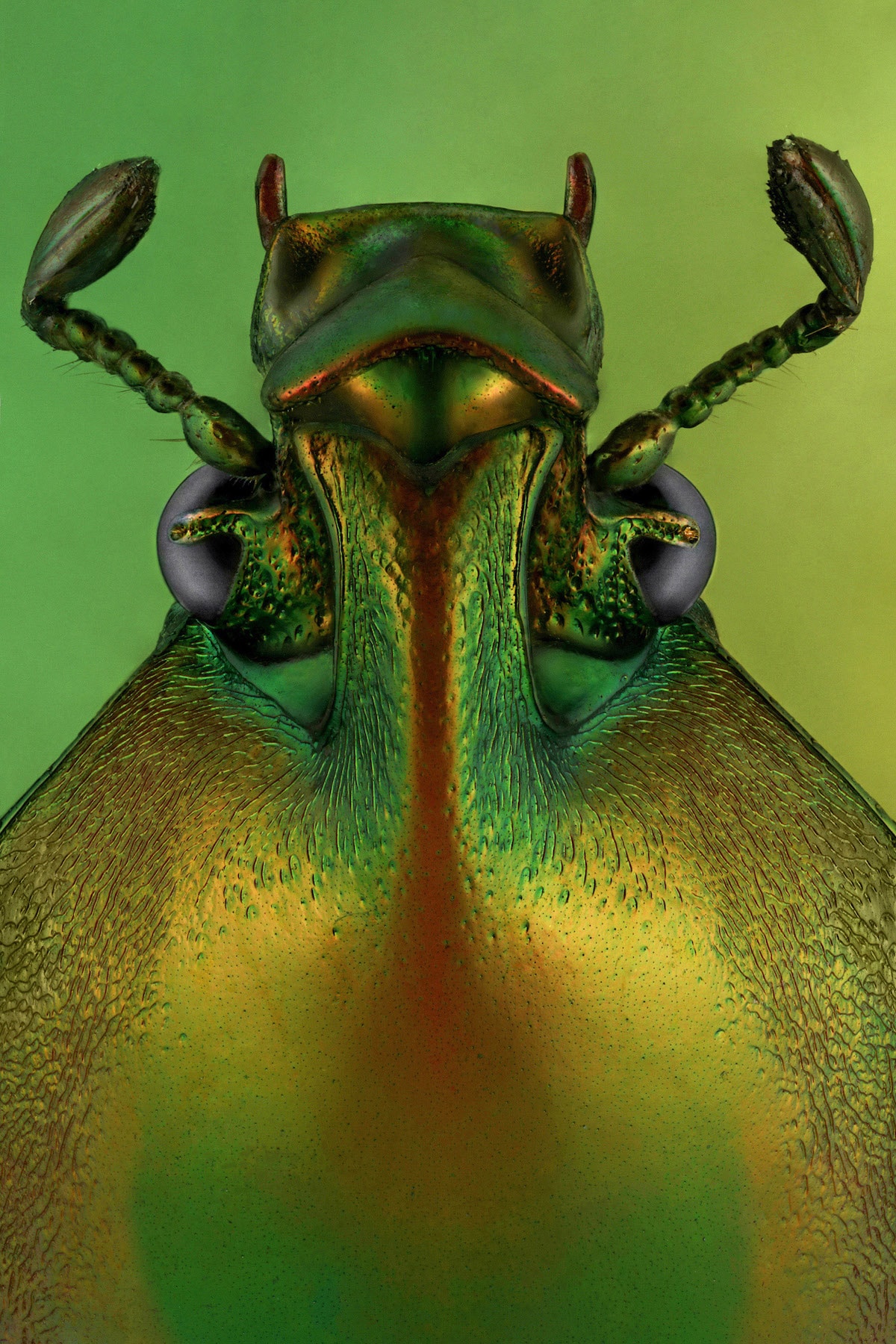 Phaedimus zebuanus. “Phaedimus is a genus of beetles belonging to the family Scarabaeidae, subfamily Cetoniinae. Medium sized (preferably 20-30 millimeters), slightly oblong, more or less metallic colored gold bases. Males have horn-like protrusions on both the head and pronotum, which can be quite long in some species and go towards each other to form a pinch. The legs are pretty slender. The appearance of the males, with extended forelegs and horns on their heads, indicates that they are fighting for the females. The color that changes to blue or green depending on the angle. Most of the species live in Southeast Asia.” 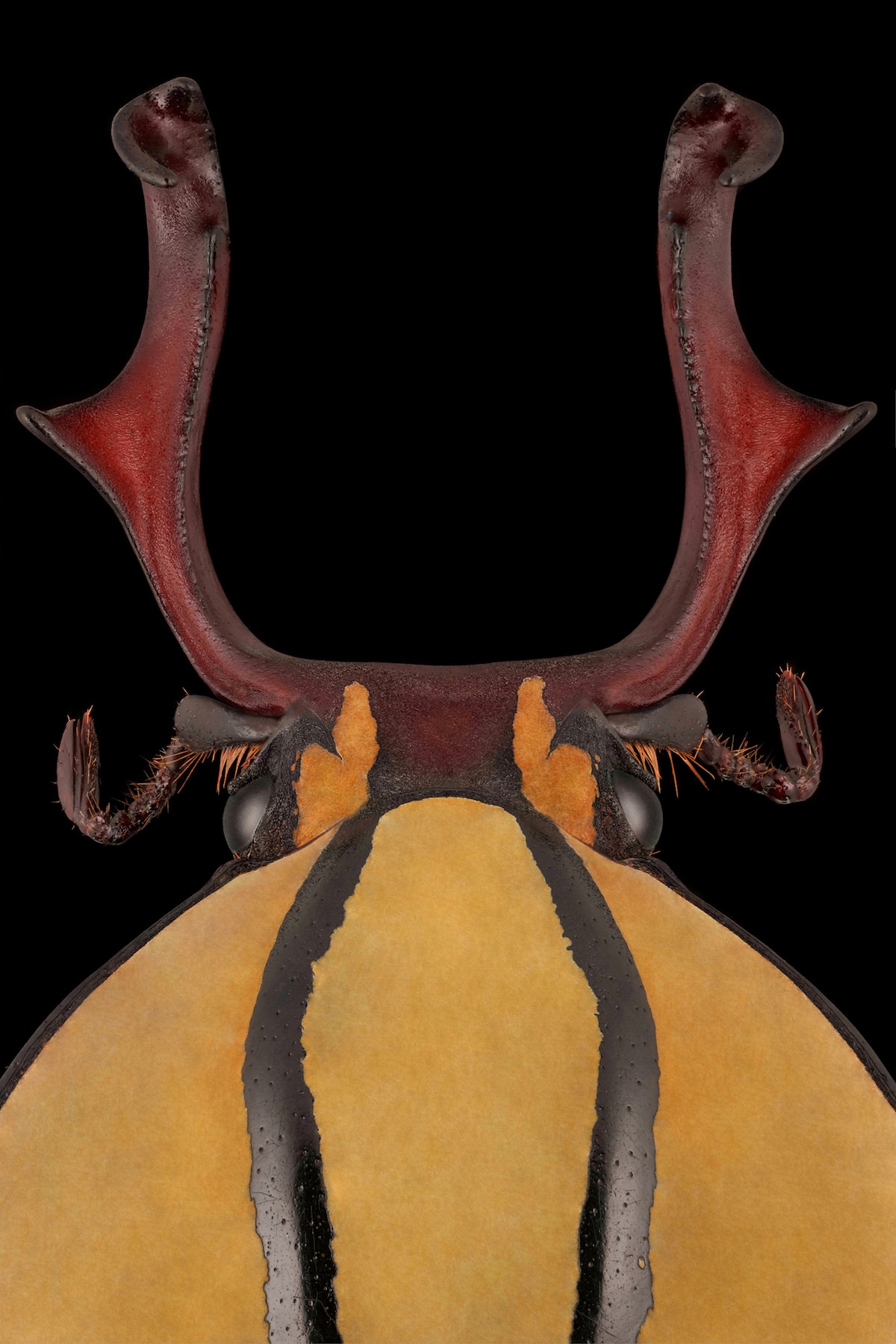 Dicranocephalus wallichi. “This unusual beetle with velvet, greenish-gold colors has red horns that resemble reindeer antlers. This beetle is commonly known as the reindeer beetle. A medium-sized (20-32 millimeter), gray-yellow pollinated gold basin, the bottom color is black but this is usually only visible in a pair of narrow length strips on pronotum, the males have two rather long, curved, branched horns that are very similar to a deer antler. Pronotum is oval (rounded back corners) with two glossy black stripes. The covers have a curved, black line on the shoulders.” 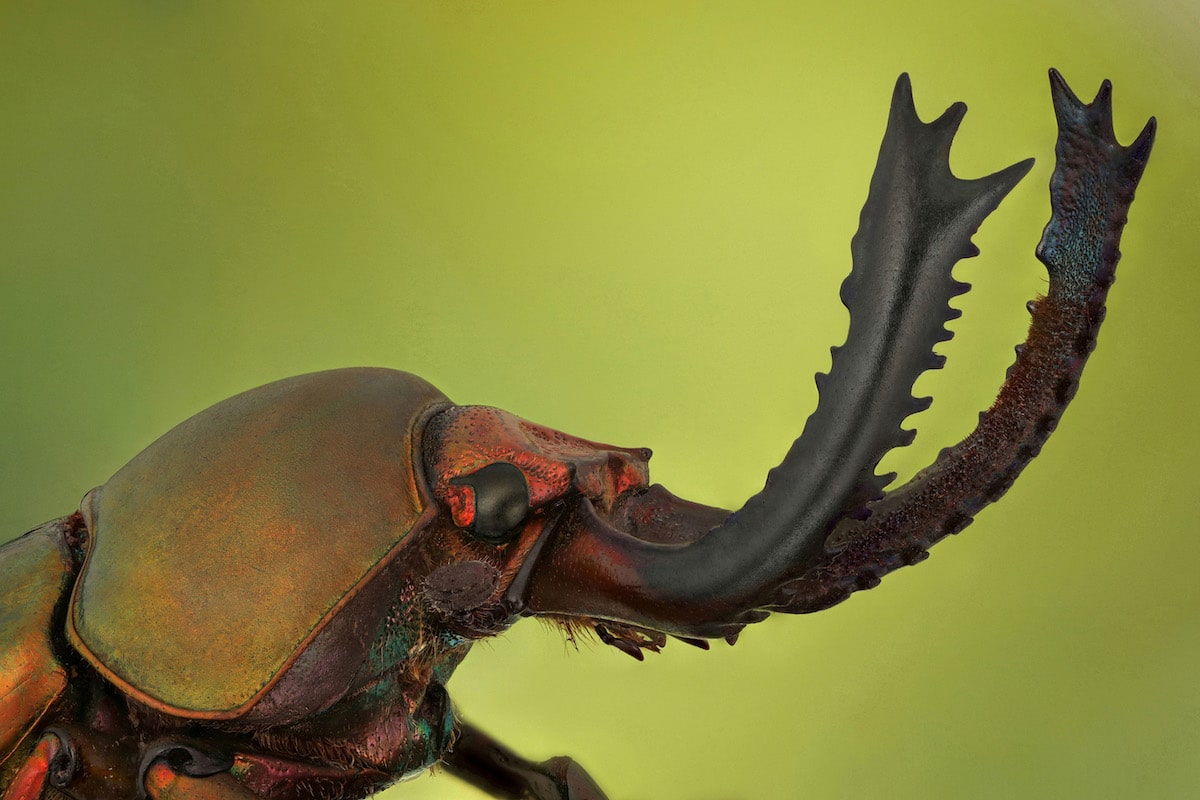 Green stag beetle. “Stag beetles are a group of about 1,200 species of beetles in the family Lucanidae, adolphinae is a relatively easy to breed species. Females are laying eggs into soft white rotten wood. Some females in my breeding were digging deeply into wood pieces and creating long tunnel systems before laying the eggs.” 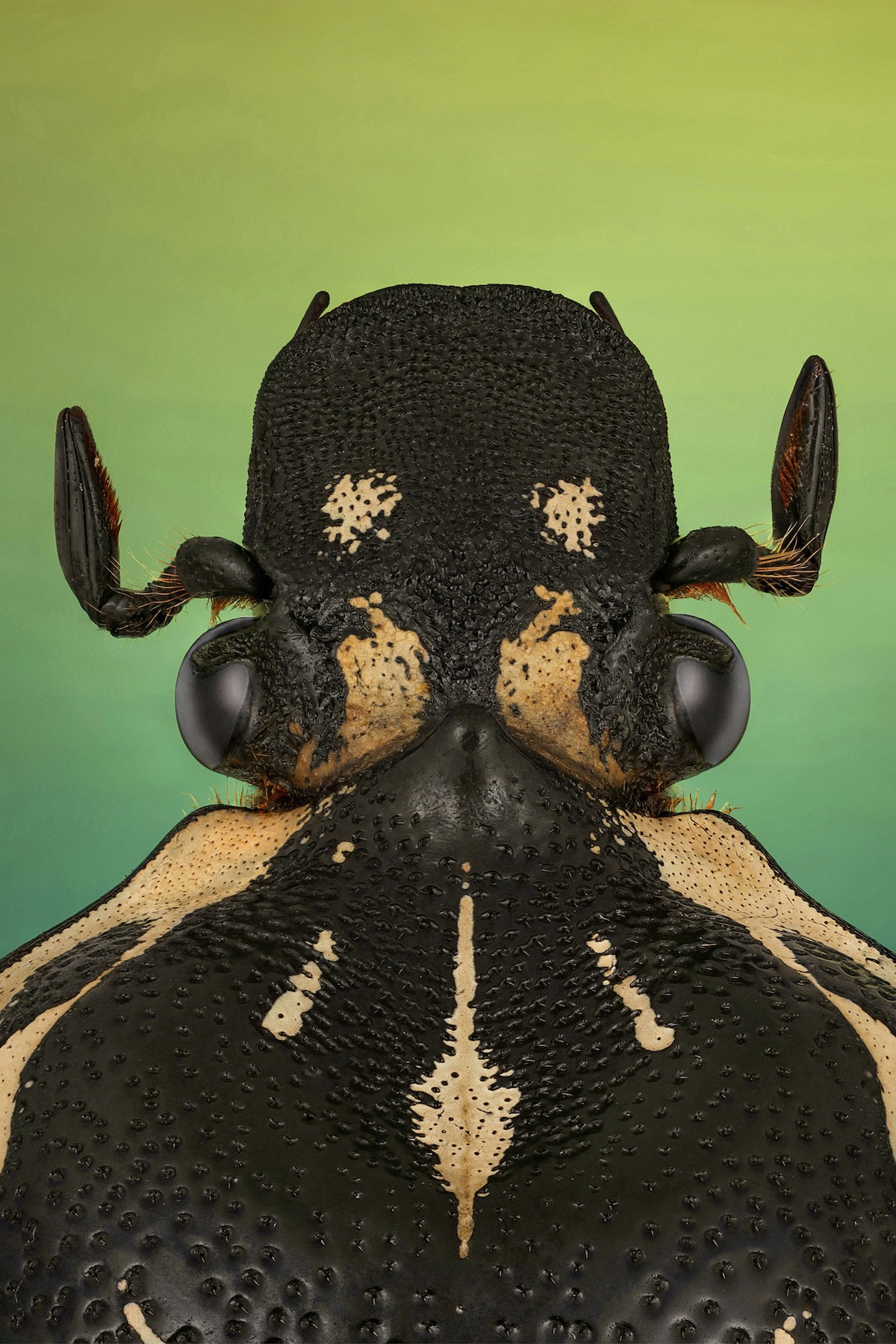 Goliathus orientalis. “This beetle is one of the largest species of the genus Goliathus, with a body length of about 50–100 millimeters (2.0–3.9 in) in males, of about 50–65 millimeters (2.0–2.6 in) in females. The Goliath beetles (named after the biblical giant Goliath) are any of the five species in the genus Goliathus. Goliath beetles are among the largest insects on Earth, if measured in terms of size, bulk, and weight. They are members of subfamily Cetoniinae, within the family Scarabaeidae. Goliath beetles can be found in many of Africa's tropical forests, where they feed primarily on tree sap and fruit.” 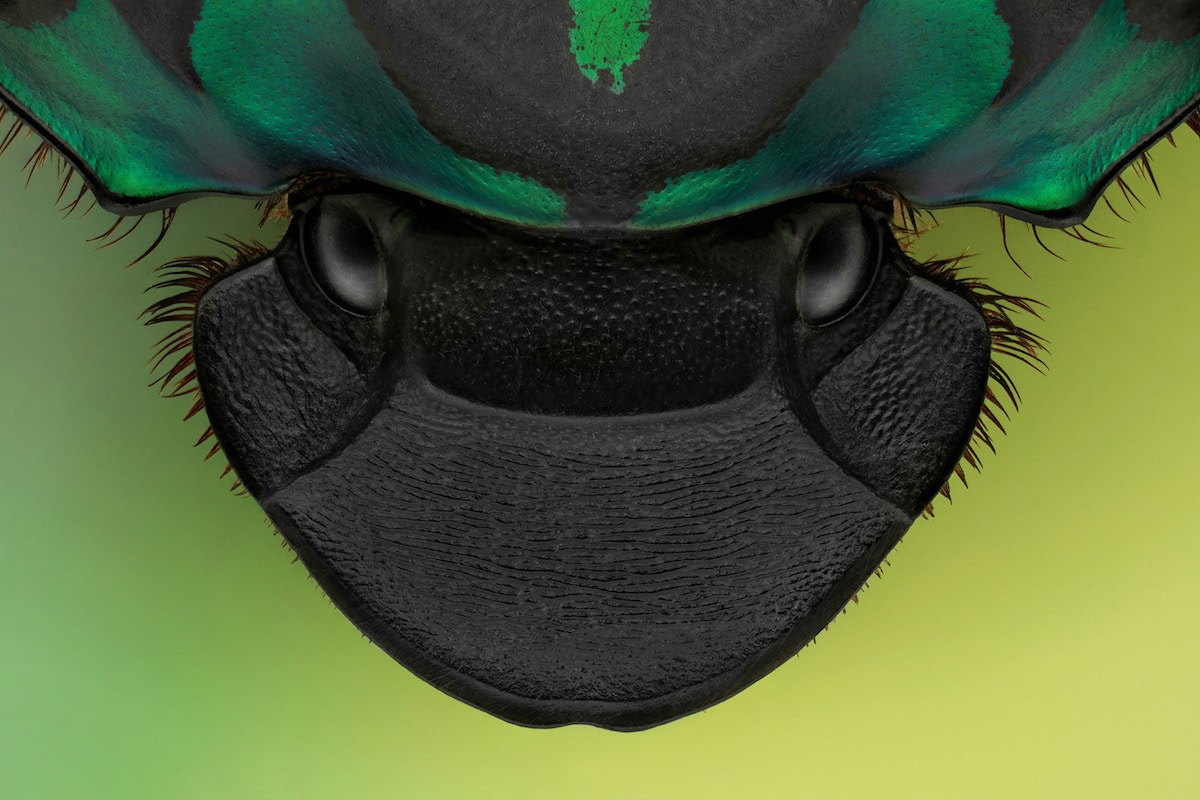 Oxysternon conspicillatum. “This is a species of dung beetle. It is widespread and common in both evergreen and deciduous forests of Central America and northern South America, and generally sticks to lowland, dry tropical and bamboo forests. The larvae feed on fungi, decaying organic matter, and other organic materials found in dung balls or carrion.” 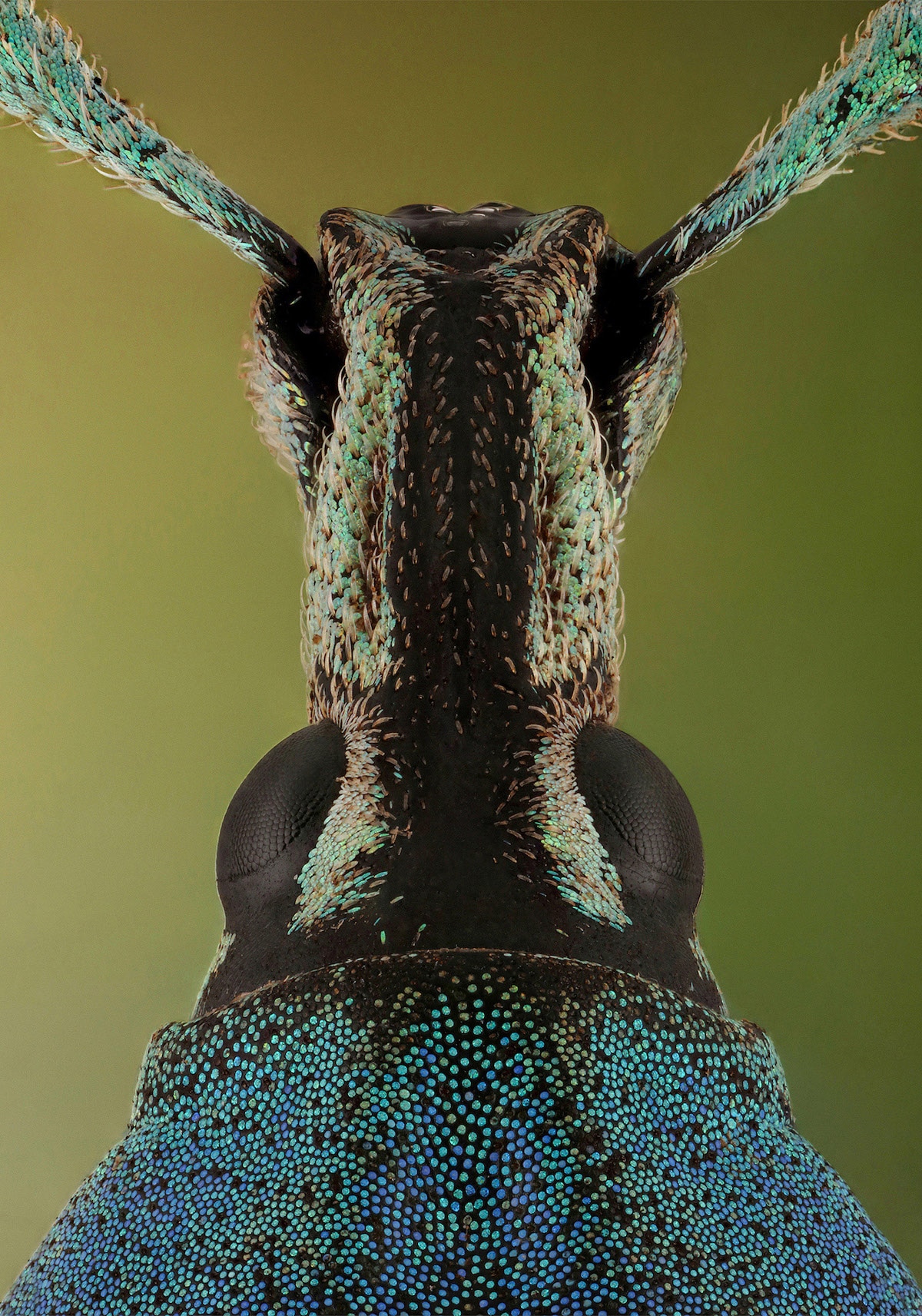 Eupholus weevil. “Eupholus is a genus of beetle in the family Curculionidae. The genus includes some of the most colorful of the weevils. The color may serve as a warning to predators that they are distasteful. Most species feed upon yam leaves, some of which are toxic to other animals. The species occur in New Guinea and adjacent islands. This genus was described by French entomologist Jean-Baptiste Alphonse Dechauffour de Boisduval in 1835.”

Macro Photos Capture the Stunning Symmetry and Beauty of Insects

Wowed by their beauty? Share
Like My Modern Met on Facebook
Get Our Weekly Newsletter
Become a
My Modern Met Member
As a member, you'll join us in our effort to support the arts.
Become a Member
Explore member benefits