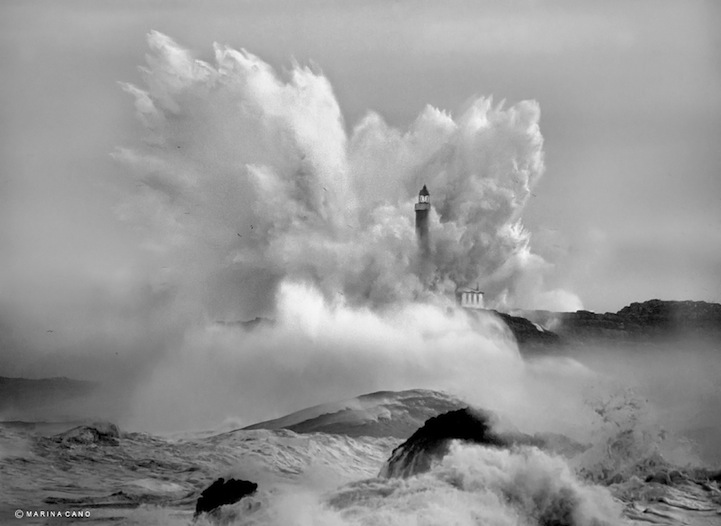 Landscape and wildlife photographer Marina Cano has a strong affinity for the sea. Based in the north of Spain, the determined photographer isn't afraid to venture out into stormy weather in order to capture the great energy and passion of her surrounding world.

In the series, entitled Sea, Cano creates a juxtaposition between nature and man-made objects, narrowing in on a lighthouse as it becomes consumed by the overwhelming strength of the ocean. Through her study of the single building, Cano created a captivating series that takes viewers on an exciting visual journey.

The isolated construction sits in direct contrast to the crashing waves and the images convey the captivating power of nature. By eliminating color, the artist invites her viewers to explore the shapes, textures, and energy that fill the compositions as the sea water crashes, splashes, and rises up around the lighthouse in unusual forms. 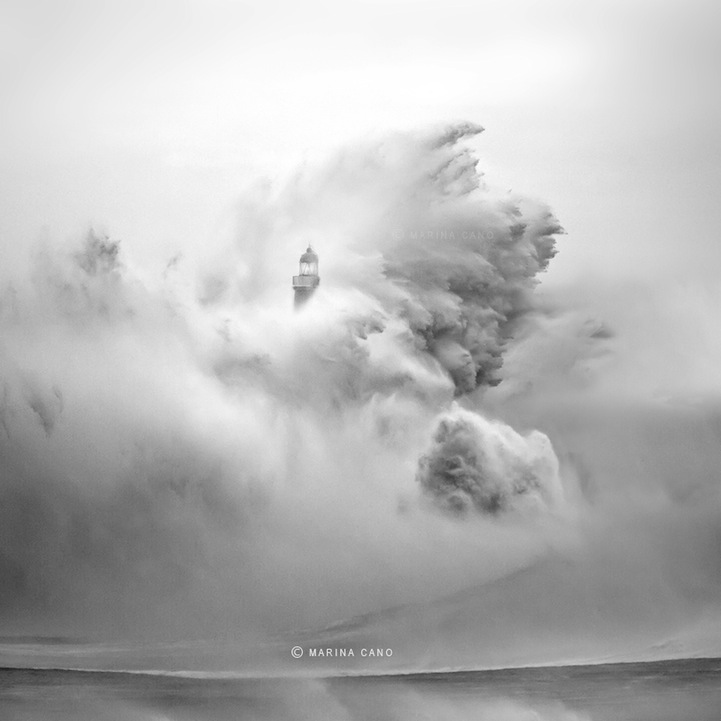 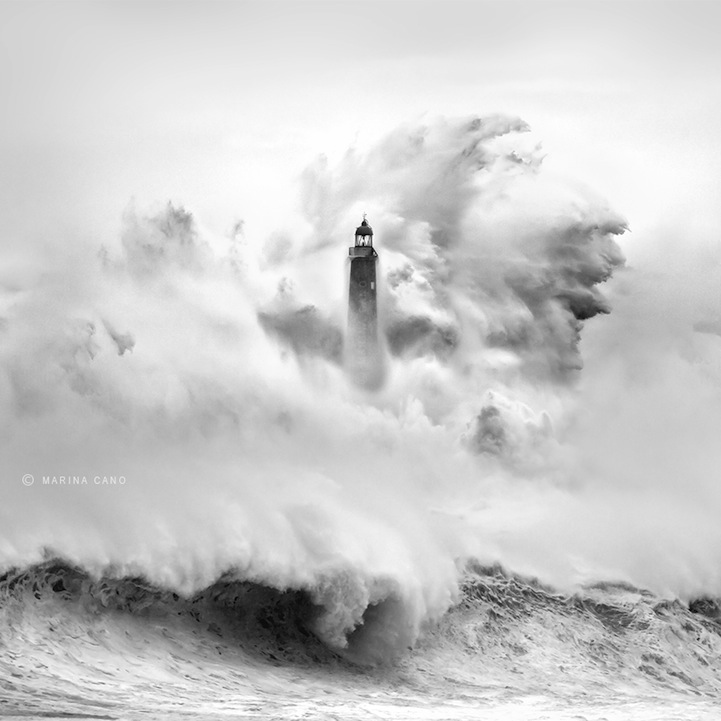 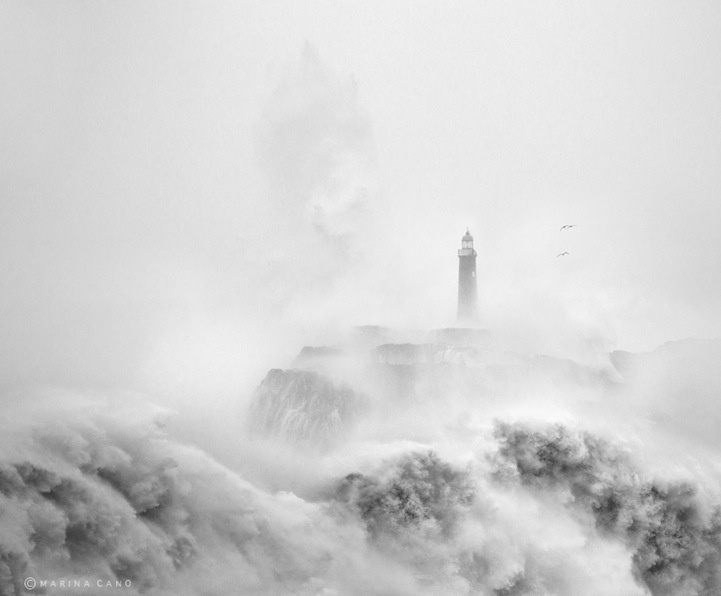 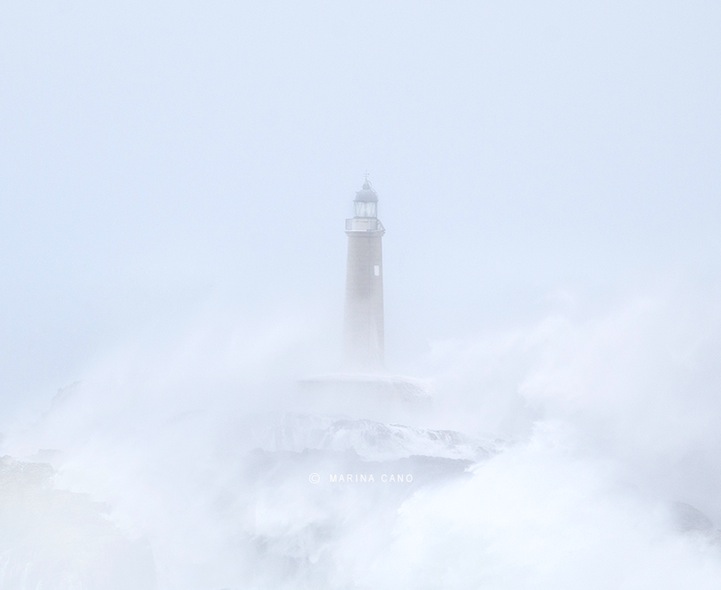