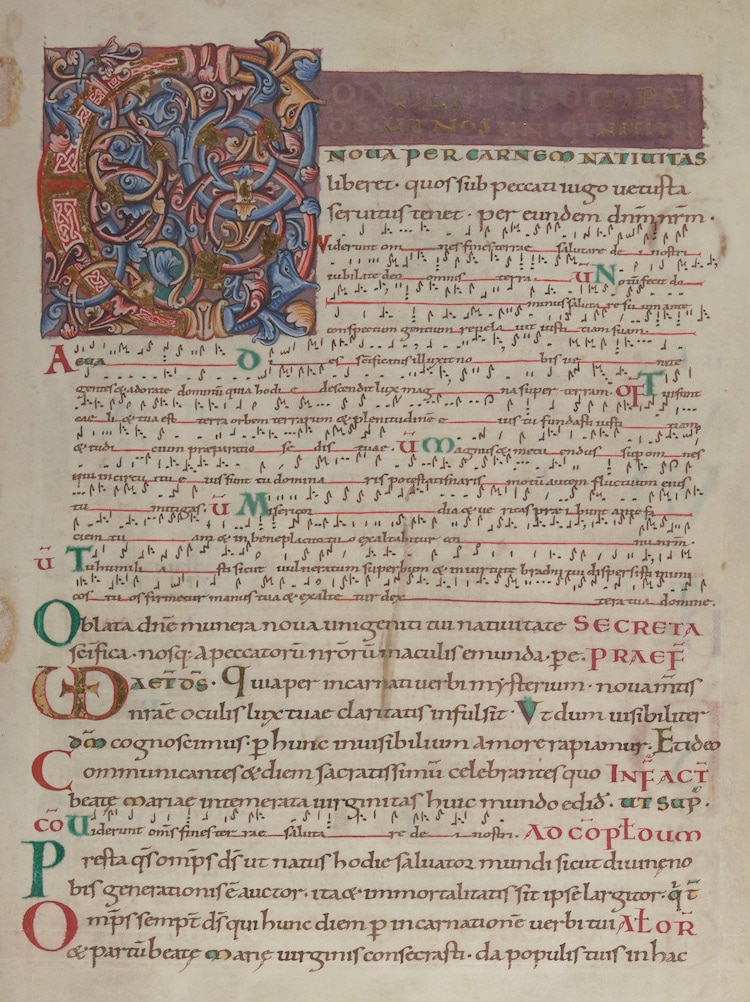 Lovers of Medieval art and literature will appreciate an initiative undertaken by the British Library, Bibliothèque Nationale de France, and the Polonsky Foundation. The trio has teamed up to make some of the illuminated manuscripts in the libraries' collection more readily available to the public. And now, two separate websites allow easy access to 800 Medieval manuscripts created between 700 C.E. and 1200 C.E..

The websites were created as part of the Polonsky Foundation England and France Project, which was created in 2016 as a way to make the intellectual heritage of the Middle Ages more widely available. The portals can be accessed via the British Library or the Bibliothèque Nationale de France. The British Library site also includes a nice selection of articles that explore particular topics, such as writing music or medical knowledge in the Middle Ages.

The manuscripts themselves can be easily explored by theme, author, place, or century. If you already have an idea of what you're looking for, it's possible to download a full alphabetical list of what's available. The portal is not only a place to look at manuscripts, but discover more about the Middle Ages in general. An ample resources area not only links to other digitized collections, but highlights exhibitions, conferences, and publications relevant to lovers of Medieval history.

“Two outstanding medieval collections have been brought together through this ambitious project funded by The Polonsky Foundation, the fruit of a commitment shared by the Bibliothèque nationale de France and the British Library to harness our scientific and technological expertise in placing invaluable treasures within everyone’s reach,” remarked Laurence Engel, President of the Bibliothèque nationale de France. “This is an example of common heritage that we are sharing together.”

Together, the websites are a remarkable achievement and can be held up as an example of collaboration between nations to benefit the public.

800 Medieval illuminated manuscripts from France and Britain have been digitized and placed online. 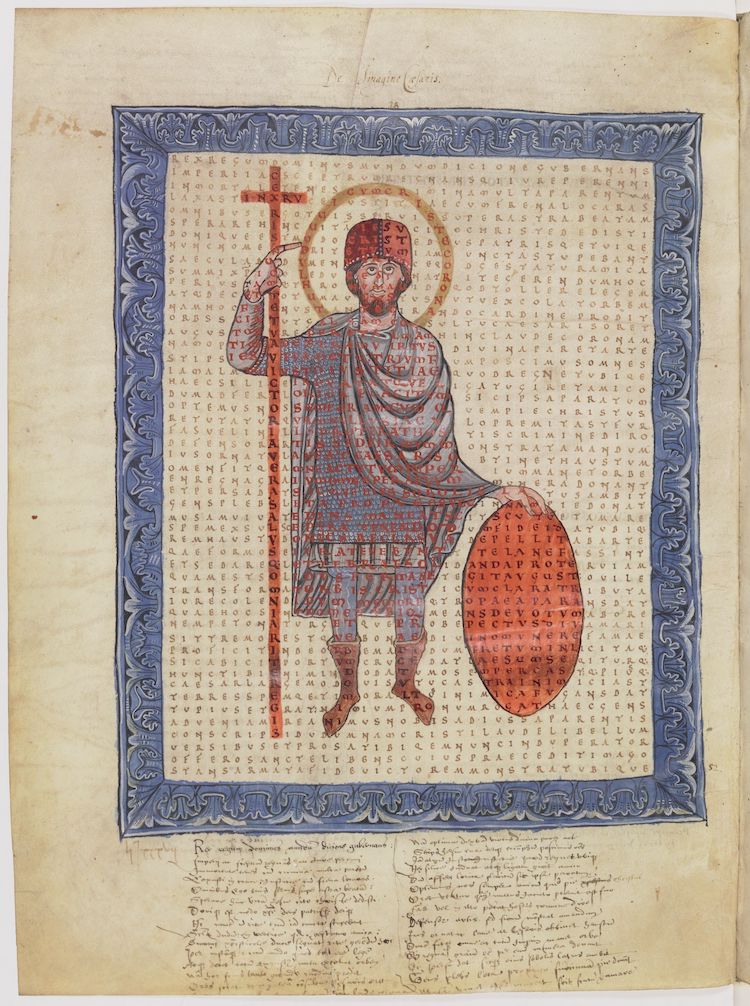 “In Praise of the Holy Cross” by Hrabanus Maurus. mid-11th century. From the BnF.

The texts cover topics like religion, medicine, astronomy, and geography. 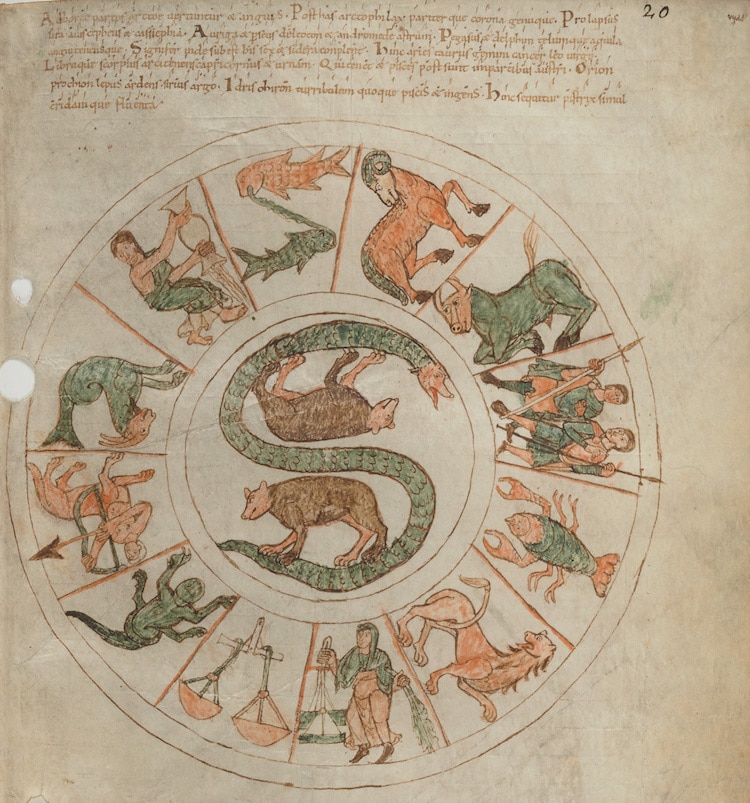 Diagram of the zodiac. From “Miscellany of works on computus and astronomy” by Bede. 1st third of the 9th century–Late 11th century. From the BnF. 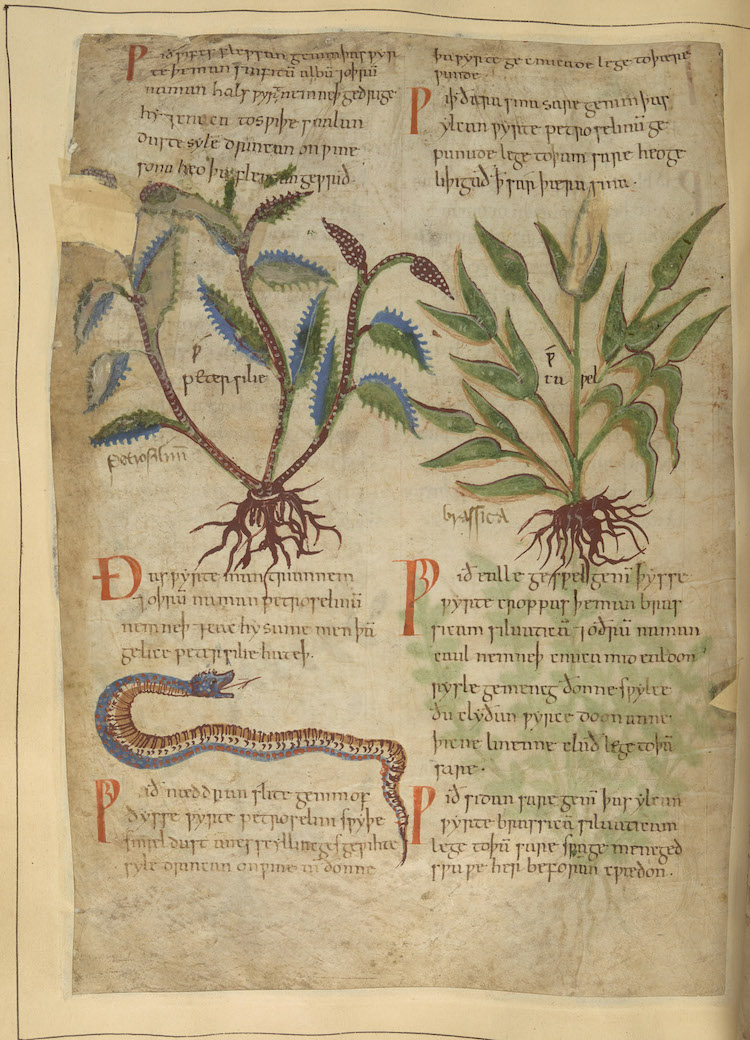 “Old English Illustrated Herbal and other medical remedies,” 1st quarter of the 11th century. From the British Library. 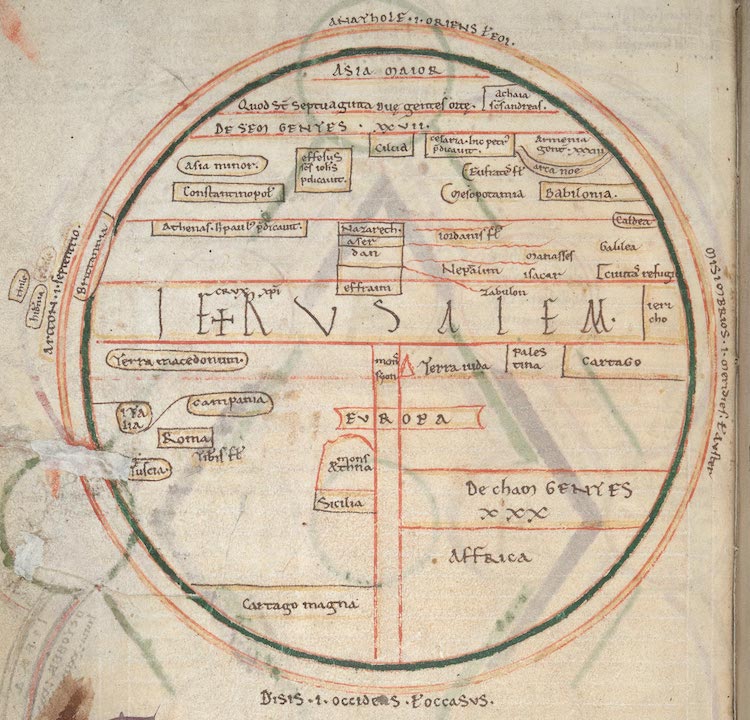 A map of the world using the T-O model, with some major cities and regions labelled. “The Enchiridion” by Byrhtferth of Ramsey Abbey. 2nd quarter of the 12th century. From the British Library.