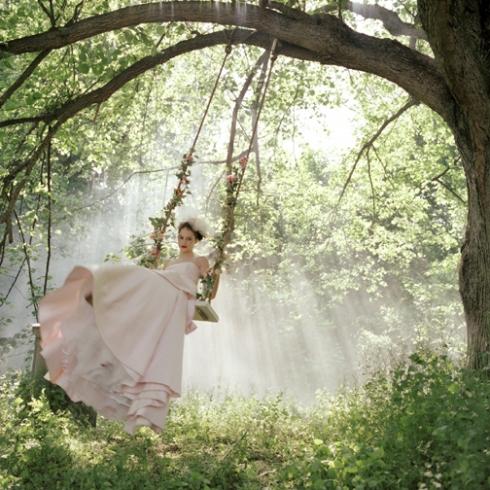 Last week, we gave you an inside look at New York-based photographer Rodney Smith's life, as he discussed everything from the importance of order and composition to finding the right location. Today we bring you Part II of our exclusive interview with him. Continue on our journey, as we learn more about Smith including how the 63-year-old feels about the internet and blogging. 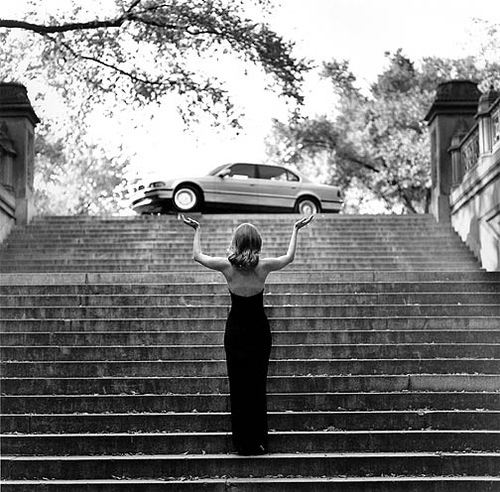 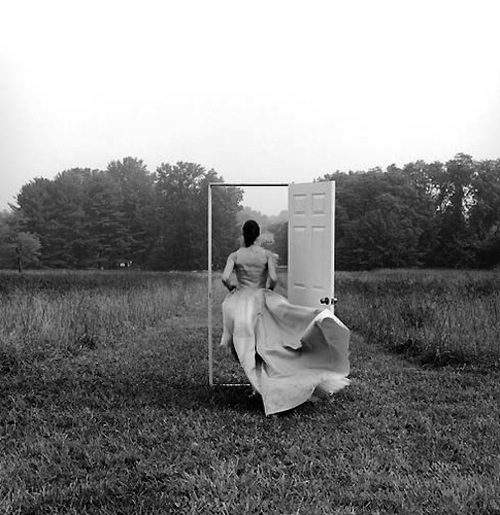 Why did you call your book The End?
The full title was suppose to be The End is Just the Beginning. The designer shortened it to just The End. The title came about from feeling like I have been shooting these slightly surreal pictures for a number of years and I was wondering whether it was the end of that part of my life or was I going to continue on. Was it the beginning or the end of that type of work? I'm not sure yet. 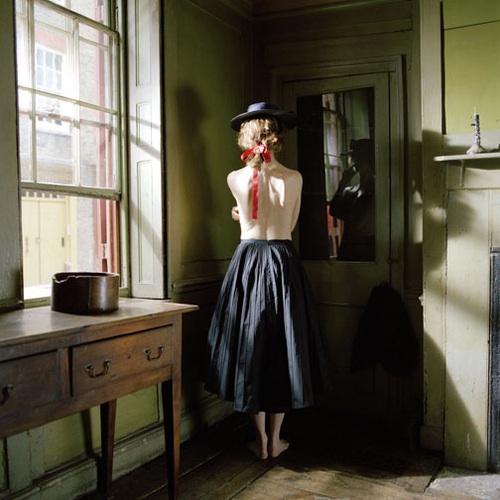 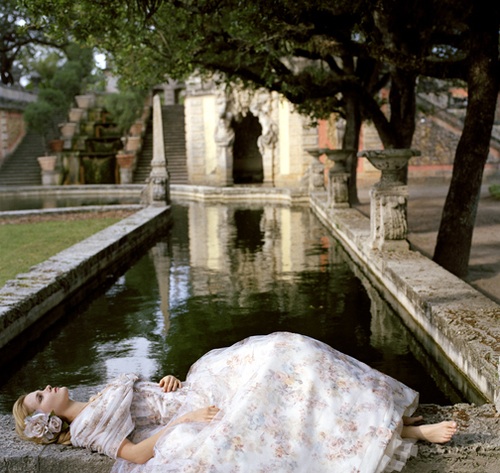 What do you teach at the Santa Fe workshops?
The workshops are great. I've been teaching for many years, on and off, more so when I was younger to try and support myself. The workshop is a very intense emotional experience for the participants. I am able to, for some kind of uncanny reason, look at someone's work and tell them a great deal about themselves – about who they are, what their fears are, what their anxieties are, where they've come from, and what is stopping them from really moving forward in their work.

What happens is a “catharsis” when people show me their work and I talk to them about it. Their pictures radically change in a remarkably short period of time. Most workshops are about technical things or Photoshop, this has absolutely got nothing to do with this. Art directors, serious amateurs, real professionals, painters, producers and all kinds of people have taken it and it helps transform their lives. They see things about themselves and about the world in a way that they never did before and that insight really transforms them as photographers.

Sounds like very gratifying work.
It is, but this is very hard work for me. I ask everyone in the very beginning when we introduce ourselves, “What do you want from this workshop?” and “Do you really want to make this your life's work?” It's exhausting but it's very satisfying. I've had many people write to me years later about how the experience changed them. 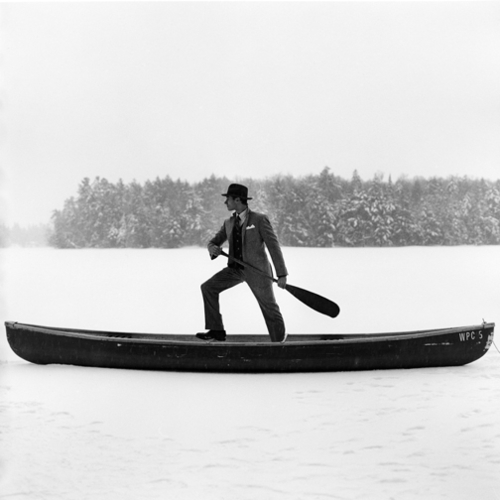 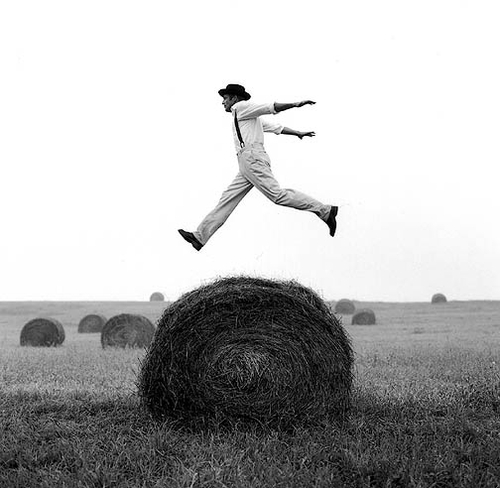 Almost 99% of everything you see in my pictures was shot in camera.

In this day and age, with so many photographers out there, how does one separate themselves from the pack?
I think if you're original and really good that comes naturally. What's hard is the value that has been placed on photographers has changed. Everyone has a camera in their phone now. When I was younger, there was a tremendous effort on and discipline and rigor in learning one's craft. Everything was shot on film, which is still true for me. Today, technique is almost sort of irrelevant; people who have no experience, technically, can take a real competent picture. The distinction based on technique has been ruled out.

Photography used to be more mysterious. We'd take the film away, we'd process it, we'd make prints for them. This was a process most people were not familiar with. Today, everyone's comment is “we'll fix it in post production, we'll change it, etc” and none of that is in my pictures, by the way. Almost 99% of everything you see in my pictures was shot in camera. I do not like retouching things other than to color correct them. It's pretty much shot the way you see it.

I do think the world is changing, the internet has definitely changed photography, somewhat for the better, because I have a much larger audience for my work compared to before the internet, and somewhat definitely for the worst because it has cheapened the medium.

Now that will probably change again. I shoot on film and I notice more and more that people are going back to film after shooting digitally. That's interesting and kind of surprising. 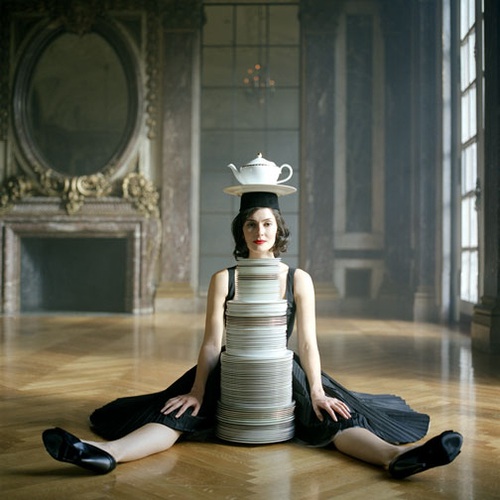 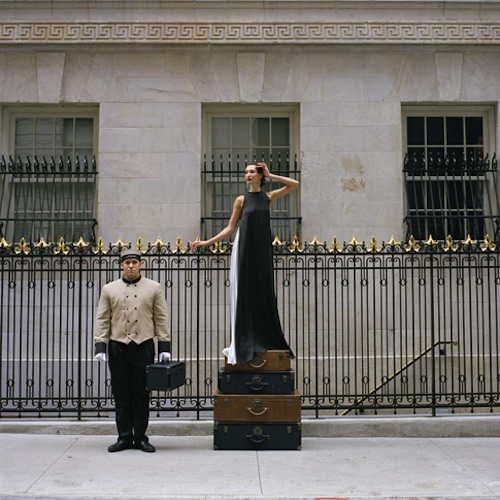 You talk very openly about your childhood in your blog. What has the response been like and would you suggest other photographers have their own?
I'm surprised by the blog in a lot of ways. When I was young, I'm now 63, I always thought I was going to be novelist. I originally started as an English major, that was my intention, and I definitely always had this sentiment to be a writer but I quickly realized I didn't have the skill. I had a great deal of difficulty putting my feelings onto a piece of paper, which I can do with a camera.

Many years later, when I was with my studio manager at the time, she said that the blog would make others more aware of the book so I sat down to write. I found I really liked it. It's hard work and I initially didn't want to do it but I sit down Monday morning and I write. Once I figure out what I want to write about, then it comes pretty quickly.

Most of the comments on the blog are very complementary. People seem to like it. The readership has gone up 100% in the past year and the thing that's most interesting is that I get letters from all over the world. I get emails from Russia, China, Eastern Europe, Japan, Australia and they really like the blog. It sort of completes my interest. I've always loved photography and literature. In every book I've ever done there's been some text in it. I like words as a complement to pictures if they're the right words. If you can add another dimension to the pictures, add some other aspect to them in words, I think that it's very helpful. 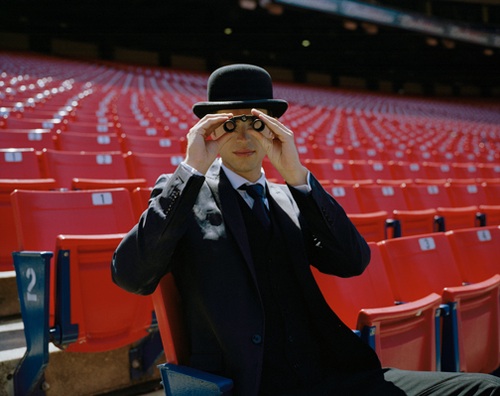 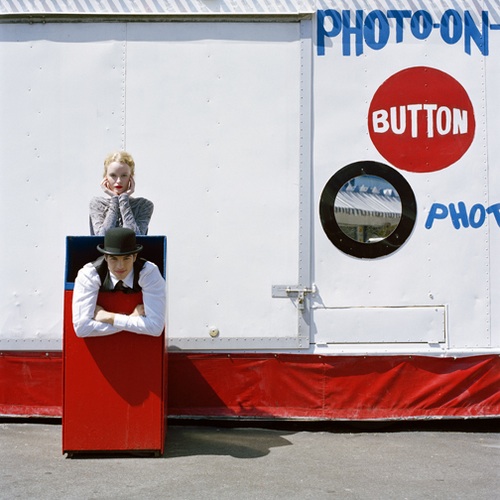 Old fashion is coming back to style. What do you think about this trend?
I don't think that's unusual. People return back, particularly the fashion world always refer back to different eras – the '50s, '60s, '70s, etc. I think what you're talking about is something larger than that. I thought that at the millennium there would be some shake-up in the structure of popular culture that would be the impetus for people to find new meaning in their lives. Thoreau once said, “The mass of men lead lives of quiet desperation.”

I think that's true today as it was a 100 years ago. People seem, to me, and I feel it in photography and painting, that people are really lost and, that as a culture, people are looking for somebody to help them find the right door to go through. The arts, which traditionally had helped do that, are not doing that anymore. The art world is basically reflecting the same feelings that people are in generally. Slowly, people are beginning to realize that. Classicism fits the human scale in a lot of different ways. One of the things that continually, no matter what century we're in, is that driving force that never goes out of style. That is what is missing in a lot of popular culture. I don't know what the future is going to be, whether that's just a fad or whether that's fundamental and that we'll be looking back at the 21st century and see it as when, culturally, we made a shift.

If you are original and you hold onto yourself, if you have a value system and a moral code, if you're in it for the long run and you do this because you love it and not to make money….then ultimately you will succeed at it.

Can you give us some real world tips on photography?
If you are original and you hold onto yourself, if you have a value system and a moral code, if you're in it for the long run and you do this because you love it and not to make money….then ultimately you will succeed at it. It takes 10 to 15 years to build a career.

When I started in 1973 as a black and white photographer, there was no commercial venue for black and white work. You were either a teacher, an academic, a journalist or you were in the art world which was basically non-existent. No one became photographers like me in 1973 with the intention of ever making any money. It's like, you don't become a school teacher to get wealthy. And that's how one approached being a photographer. You have to go at it like that. No one has asked you to be a photographer, this is a profession one chooses on their own, freely, and you have to remember that. It's a gift that you have chosen and it takes a long time to nurture and support that gift. Everyone wants instant gratification and this is not a medium in which that is generally provided. I've never met anyone who's really good at this without years of hard work.

What do you want your legacy to be?
I leave that up to you. I just try to do the best I can. I don't know. I'm not sure I know what my legacy is. I think that's for somebody else to say.

Thank you for the interview, Rodney, and for sharing your beautiful photos and inspiring story with us.

Visit Rodney Smith's website and blog to keep up with the talented photographer.