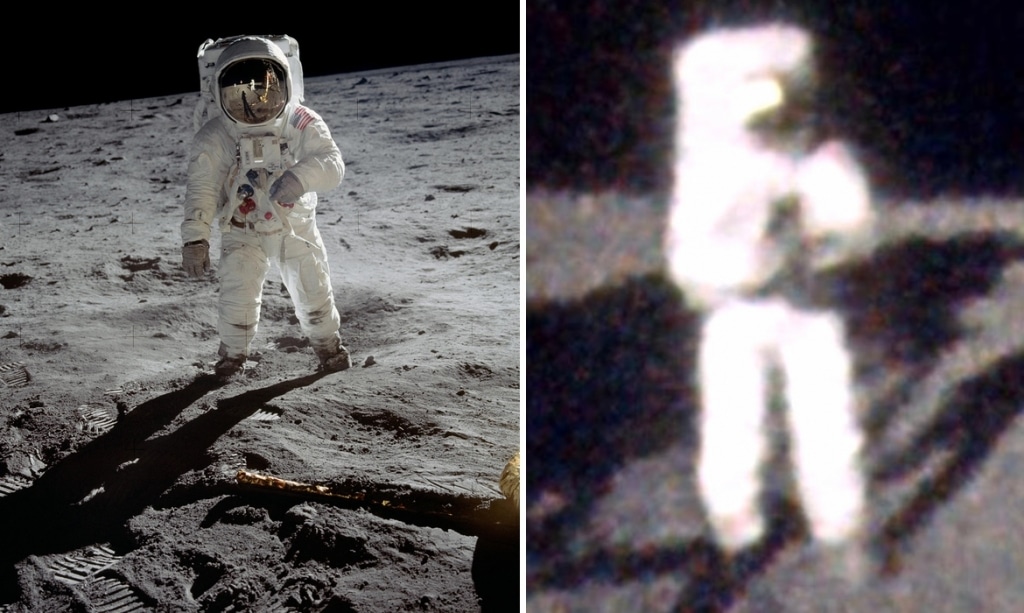 Like many of us, visual effects artist Michael Ranger grew up with the iconic photos of the Apollo 11 mission. Neil Armstrong's famous photograph of Buzz Aldrin walking on the moon is a testament to what humanity can achieve. So when Ranger realized that he could give a different perspective on the image, he was understandably excited.

The artist was inspired by a lighting trick that's used in creating visual effects. “One of the ways we can acquire lighting and environmental information from a real-world filming location so that we can add visual effects into real footage and have it look integrated into the shot,” Ranger explains to My Modern Met, “is that we take photos of a mirror ball while it’s in that environment and then we unwrap the reflection, which gives us a 360-degree view of it.”

“So with all that in mind it just sort of popped into my head that the visor on a spacesuit was essentially a reflective mirror ball, and knowing what I can do with those for visual effects I got excited about the idea of getting a full glimpse of what Buzz saw at that moment.”

After working diligently, he posted the results to Reddit where it immediately went viral and opened up new possibilities. One commenter even let Ranger know that there were ultra-high-resolution scans of the image made available by NASA, so he set about making a second, even more detailed “unwrapping.” Using that scan, Ranger created a 360-image of the environment that Aldrin was immersed in. Of course, we easily can see Neil Armstrong, Hasselblad camera in hand, taking the photograph. Next to him is the famed Eagle lander.

Pleased with the results, Ranger also started working on other images. This includes a photo of astronaut Charles “Pete” Conrad climbing down a ladder onto the Moon during the Apollo 12 mission. As Conrad is standing in a shadow, the photograph, which was taken by astronaut Alan Bean, was even harder to work with. “This attempt is cool I think because more so than the Buzz image, this one reveals brand new footage in a more significant way than the other,” Ranger wrote. “Charles Conrad was in shadow here, and the visor is so dark, even in the usual brightness level that the photo is displayed at, the visor reflection element of the photo feels and, I think is subconsciously thought of by those who view it, as more of just a highlight or cool looking shiny thing existing in the overall image.”

The panoramas can be looked at with any 360-degree photo viewer or Google Street View. Or, Ranger also produced videos where you can see Aldrin and Conrad “looking around.” In this way, we're also fully immersed in the Moon environment and put ourselves in these great astronauts' place.

Ranger has been blown away by the positive response to his work and plans to continue with this scientific exploration. “To me, real things are endlessly exciting,” he shares. “People really walked up there on that dusty world, insanely far away. It’s crazy that the way it looks on the surface of the Moon hasn’t changed, with the exception of some craters, for an unimaginable amount of time. When medieval people were wearing their weird outfits, or when humans lived in caves, it was the same. That’s pretty cool. I hope this contributes to people appreciating reality.” 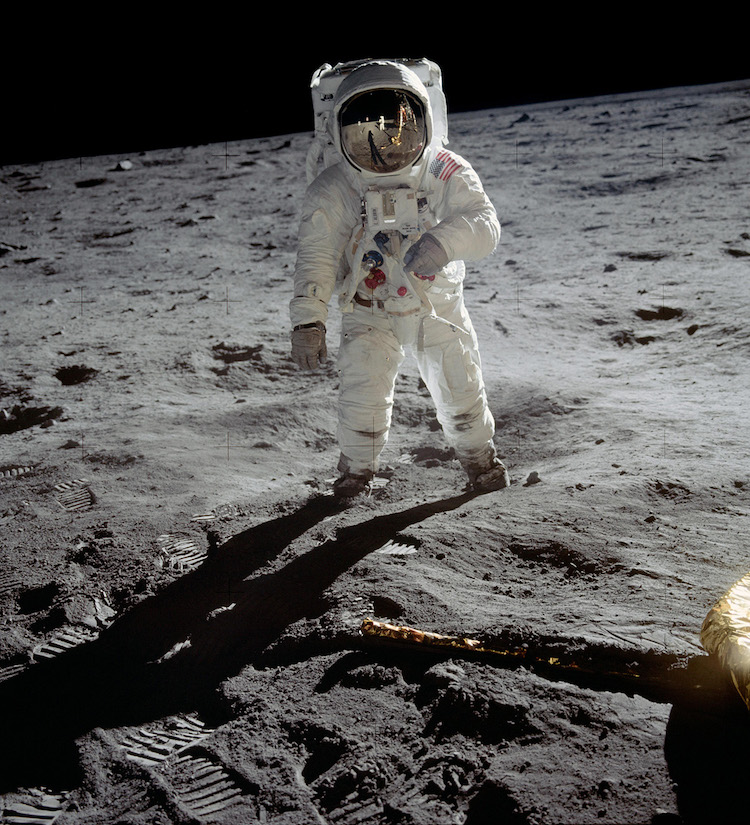 He “unwrapped” the images on Buzz Aldrin's helmet so we can get the astronaut's perspective of the Moon. 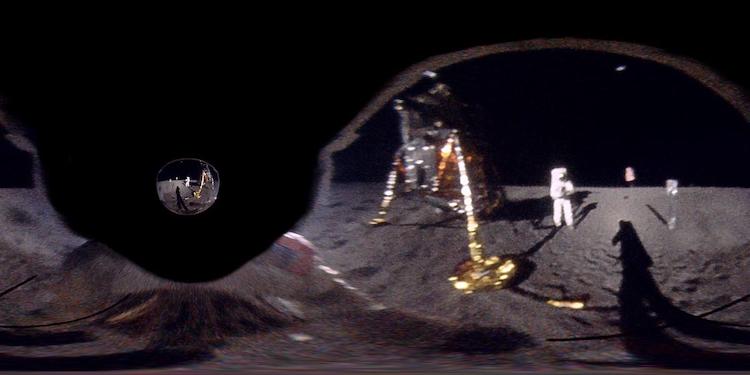 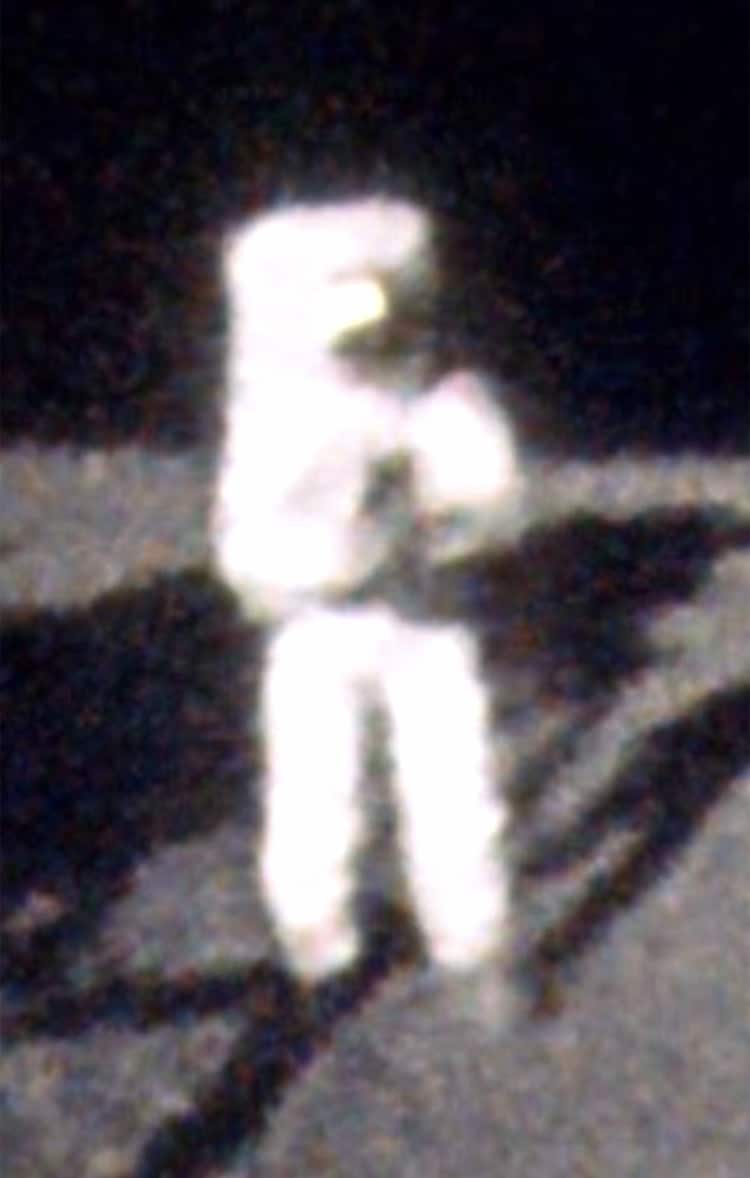 Ranger also worked on a photo of astronauts climbing a ladder down to the Moon during the Apollo 12 mission. 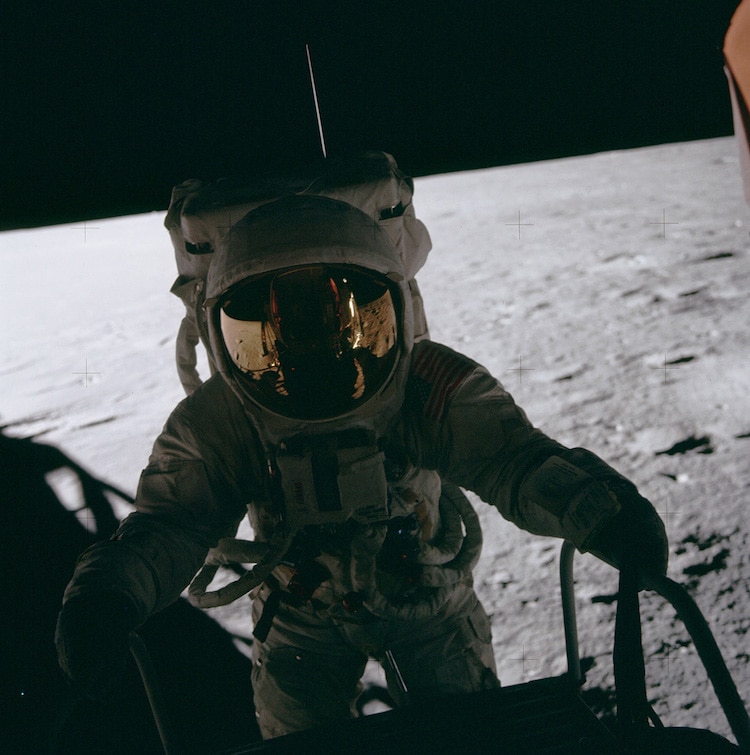 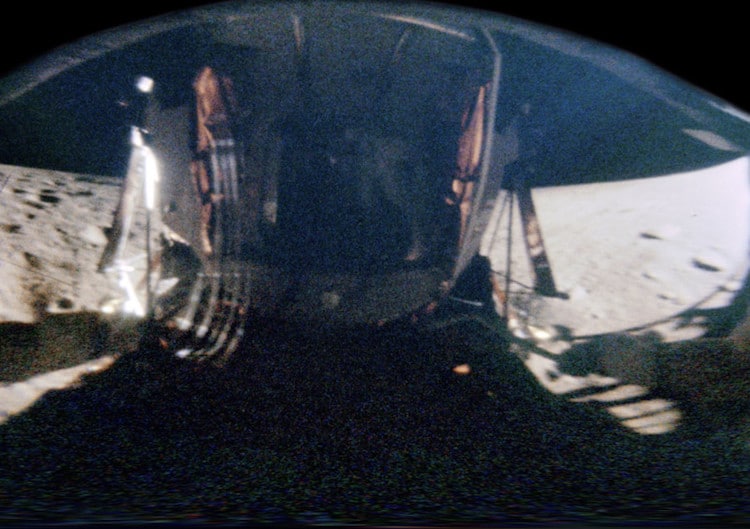 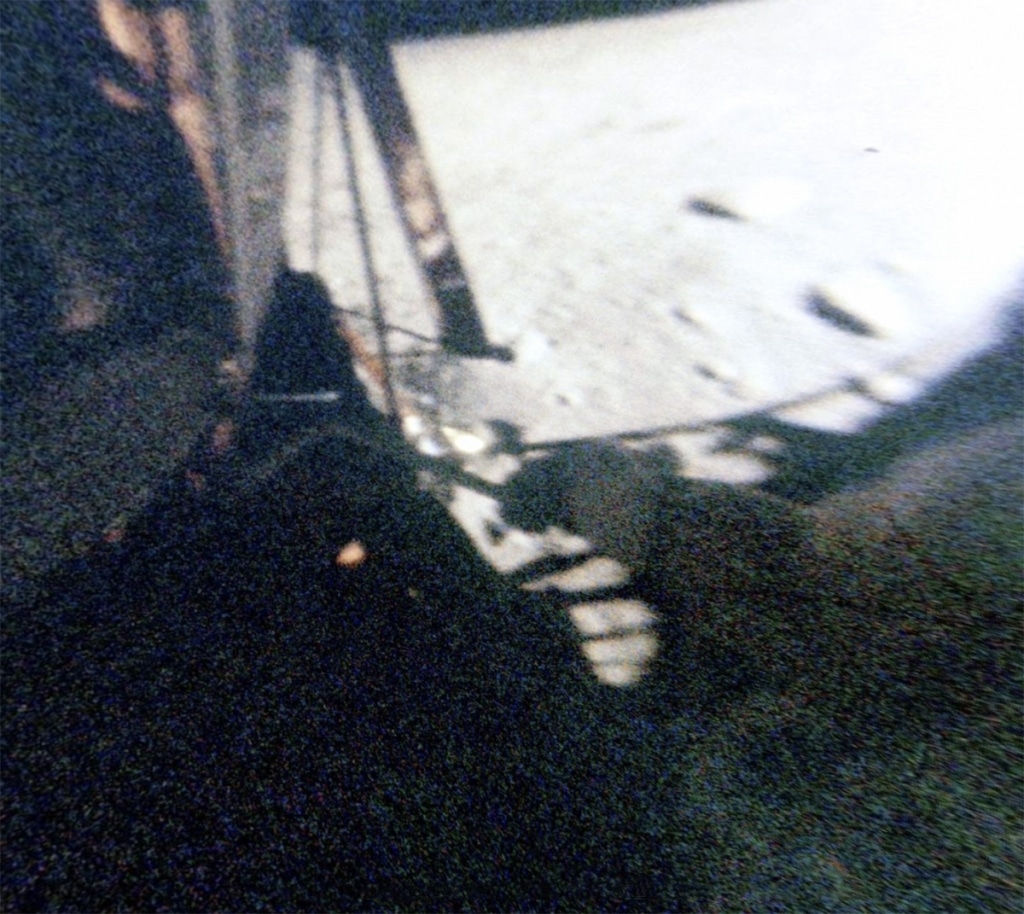