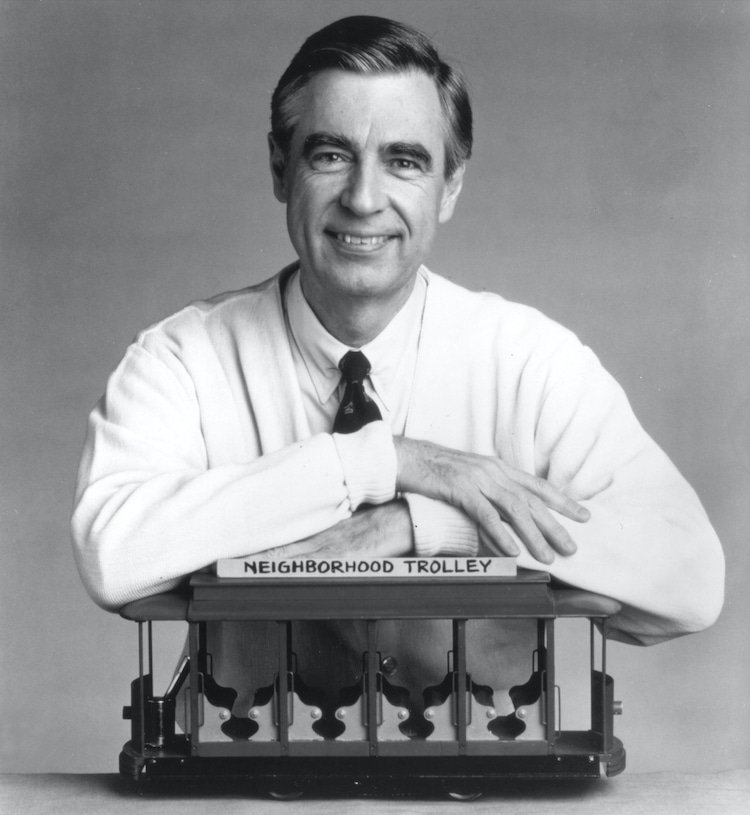 Fred Rogers captured the heart of America’s children for decades on the beloved television series Mister Rogers’ Neighborhood. Perhaps one of the most memorable relics of our friendly on-screen neighbor was his affinity for brightly colored cardigan sweaters. He would don one at the beginning of each episode as he welcomed his audience with a chorus of “Won’t You Be My Neighbor.” These cardigans—many of them lovingly hand-knit by his mother—are so iconic, in fact, that some of them are even on display in museums.

In honor of the late Rogers' birthday on March 20, Owen Phillips of the data-driven newsletter The F5 decided to commemorate the beloved performer’s legacy, particularly through his colorful cardigans. Using data from The Neighborhood Archive, Phillips created a chart that tracks the color of every single sweater Rogers wore in chronological order from 1969 until the show’s final episode in 2001.

“Some sweaters were worn once and then never again, like the neon blue cardigan Rogers wore in episode 1497,” Phillips explains. “Others, like his harvest gold sweaters, were part of Rogers’ regular rotation and then disappeared. And then there were the unusual batch of black and olive green sweaters Rogers wore exclusively while filming the ‘Dress-Up' episodes in 1991… A noticeable pattern also shows up when you lay out the color of each sweater Rogers wore chronologically: Over time, Rogers ditched the pastels for darker, more saturated tones.”

Want to own this touching tribute for yourself? Both framed and unframed prints of the original commemorative artwork can be purchased from Phillips’ The F5 shop.

Writer of The F5 newsletter Owen Phillips designed a beautiful chart that tracks the color of every cardigan Mister Rogers wore in chronological order from 1969 to 2001. 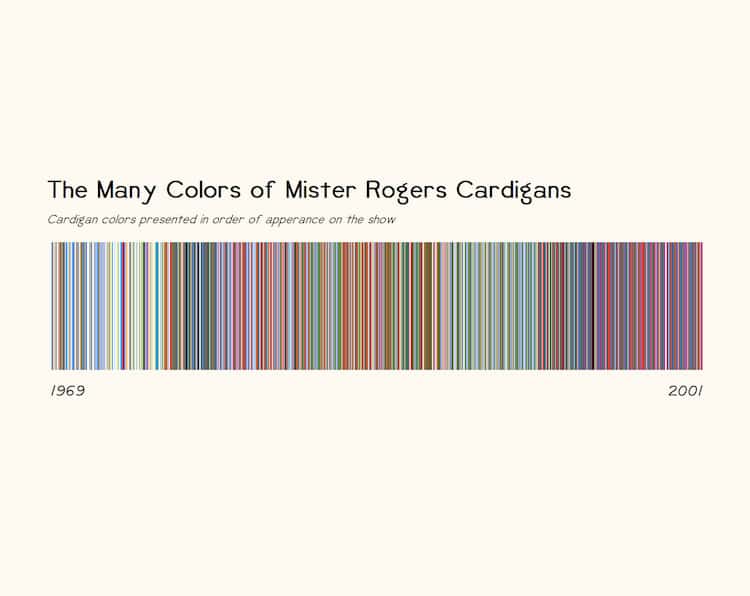 Watch the beloved star give a tour of his iconic sweater closet!

Tom Hanks Discovers He’s Related to the Real Mister Rogers, Who He Plays in His New Film

31 Gifts for Kids That Playfully Promote Their Creative Minds 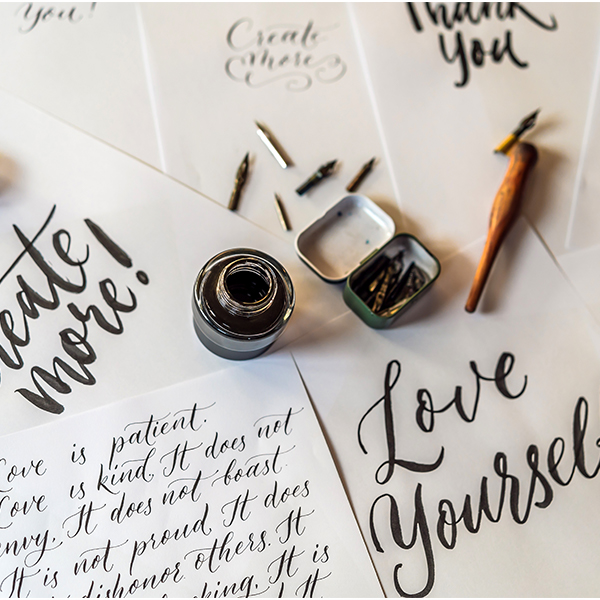 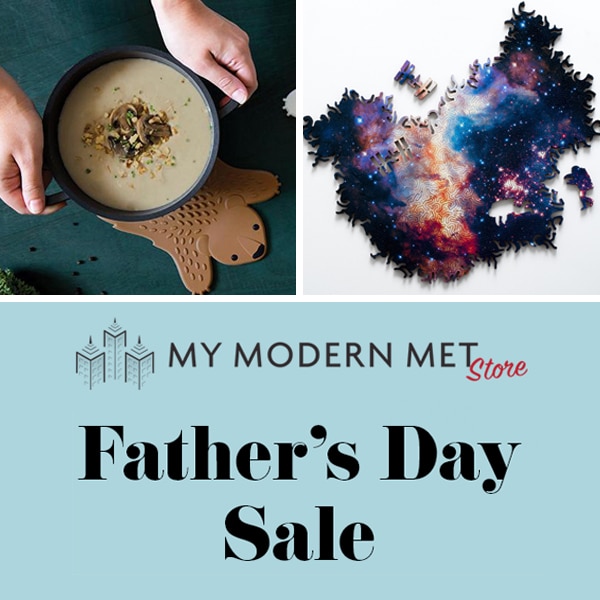 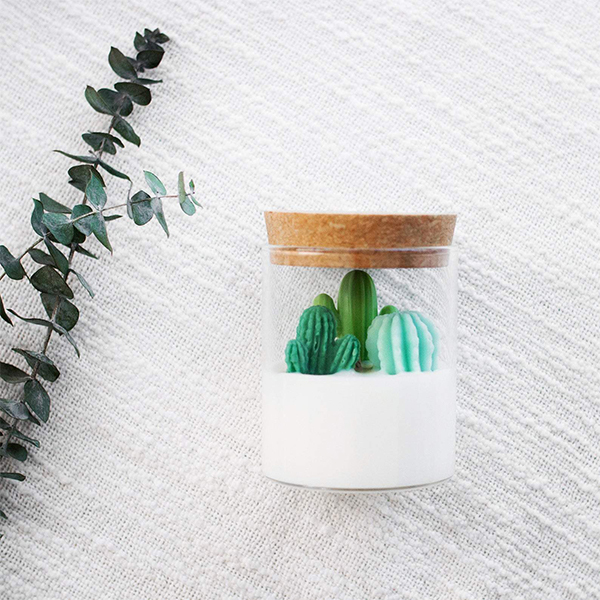 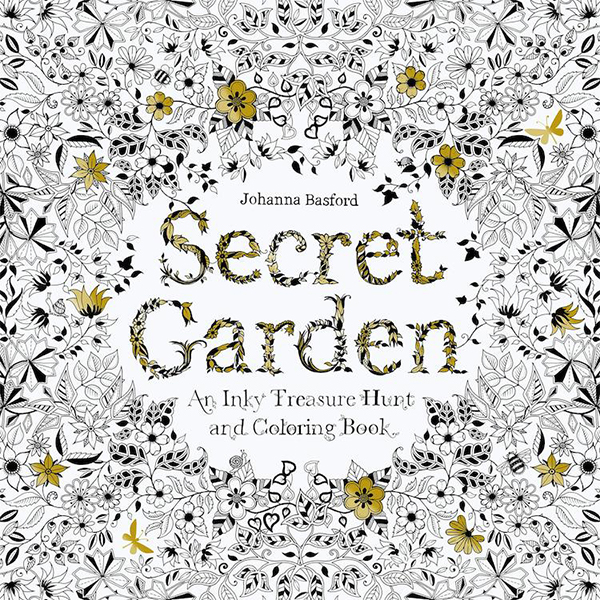 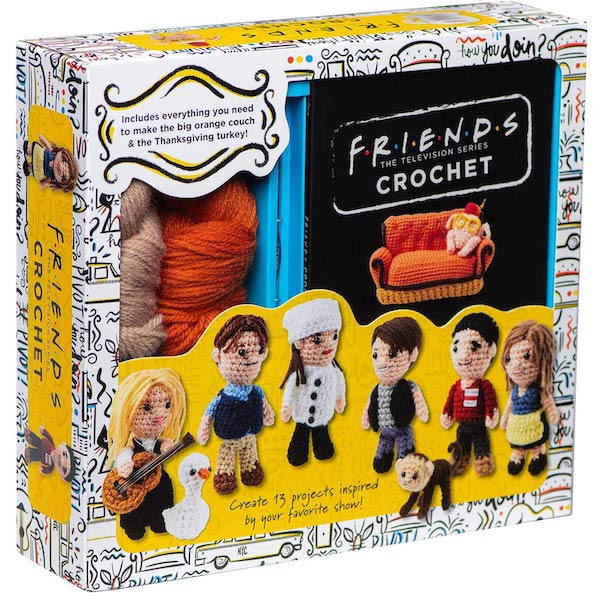 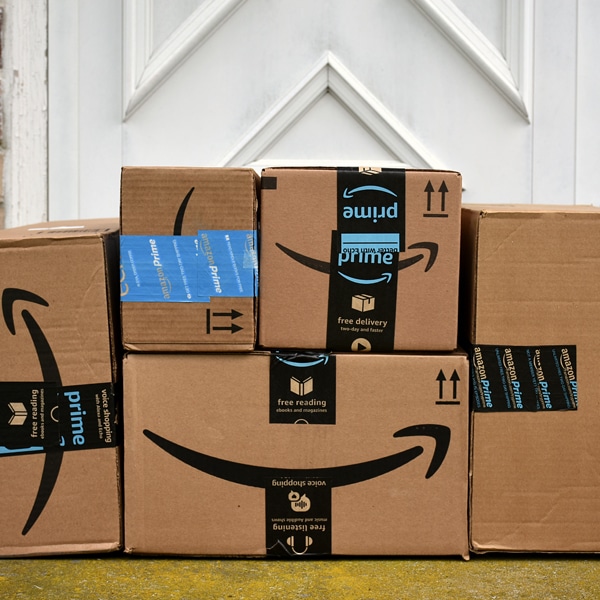 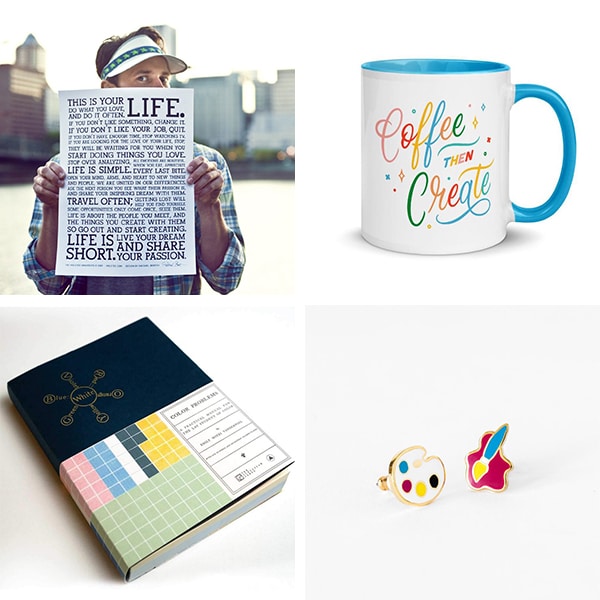