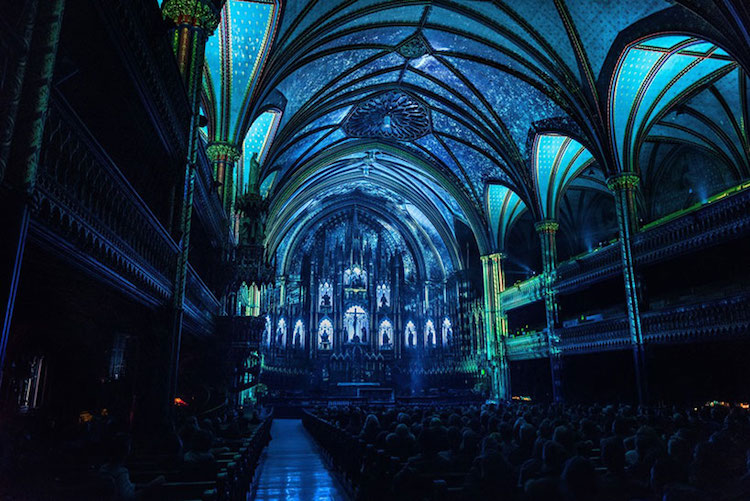 Canadian multimedia studio Moment Factory is known for their incredible immersive experiences, having collaborated with everyone from musicians Arcade Fire to the NFL. Recently, they transformed Montreal's Notre-Dame Basilica with AURA, a multimedia installation that paid homage to the church's wondrous art and architecture.

The 45-minute spectacle combined sound, lighting, and projections that beamed across the entire interior of Notre-Dame, immersing spectators in the experience. The visual transformations plotted out by the studio were meant to amplify the feelings already present when one enters the majestic space. By allowing viewers to see the landmark in a new way, they have renewed appreciation for the 19th-century church.

“Golden particles evoke the basilica’s energy in constant transformation, whispers suggest echoes of its past, its heartbeat flashes as a pulse of light racing across the arches,” writes Moment Factory. “The basilica is revealing itself through a sensorial language. Everyone will experience something different, will connect with the basilica through their own eyes and senses. AURA inspires a feeling.”

In order to use the church's interior as a canvas, the team did a complete 3D scan of the space, ensuring that all details would be perfectly matched to the projections. Due to the multifaceted nature of the project, it took over a year of work—including sound recording and visual imagery—to move the installation from idea to reality. Viewers were invited first to wander the space, taking in the artwork present in Notre-Dame before sitting for a second act and enjoying the visuals and music.

In addition to the 21 projectors, 140 lights, and 20 mirrors used for the lighting and projections, the original soundtrack composed by Marc Bell and Gabriel Thibaudeau used 30 musicians and 20 chorists, as well as the church's organ. The results are an incredible transformation throughout the performance, as light, color, and sound are used to create a unique mood as the minutes pass by.

This isn't Moment Factory's first experience transforming a historic monument. In 2012, they transformed the facade of Barcelona's Sagrada Familia into a colorful light and sound showcase.

AURA is a multimedia installation created by Moment Factory in Montreal's Notre-Dame Basilica. 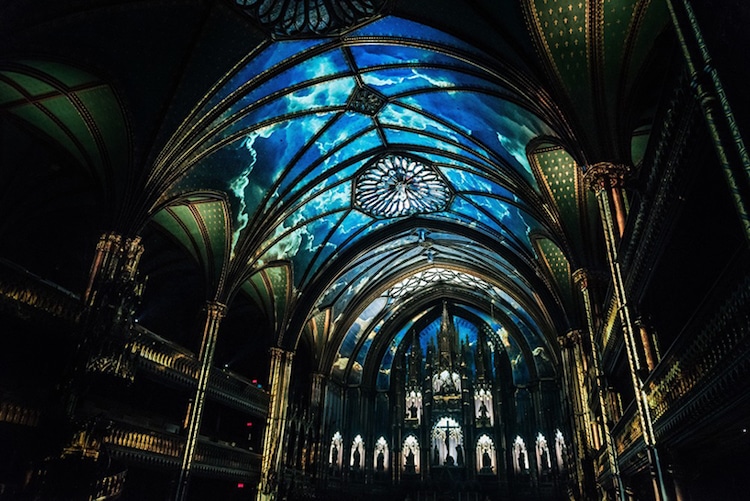 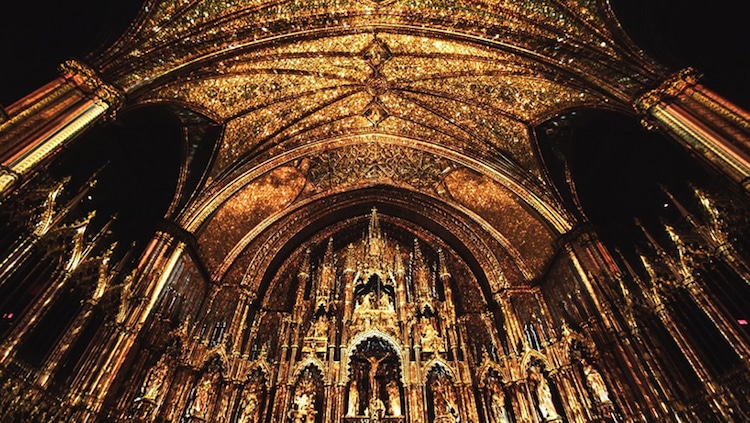 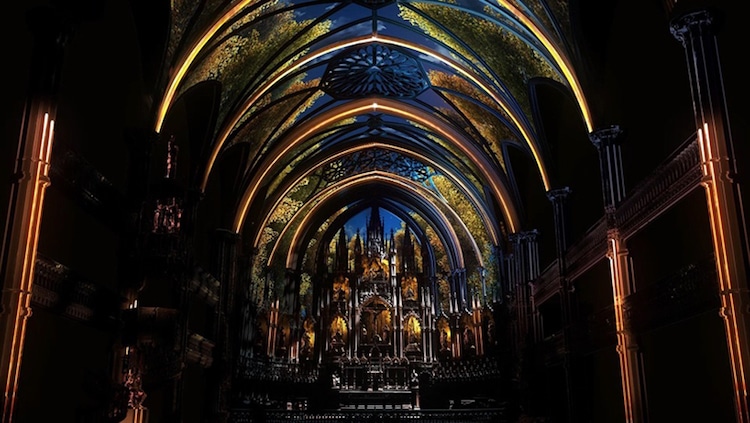 An original soundtrack composed for the project plays in the background as spectators view the changing projections on the church's walls. 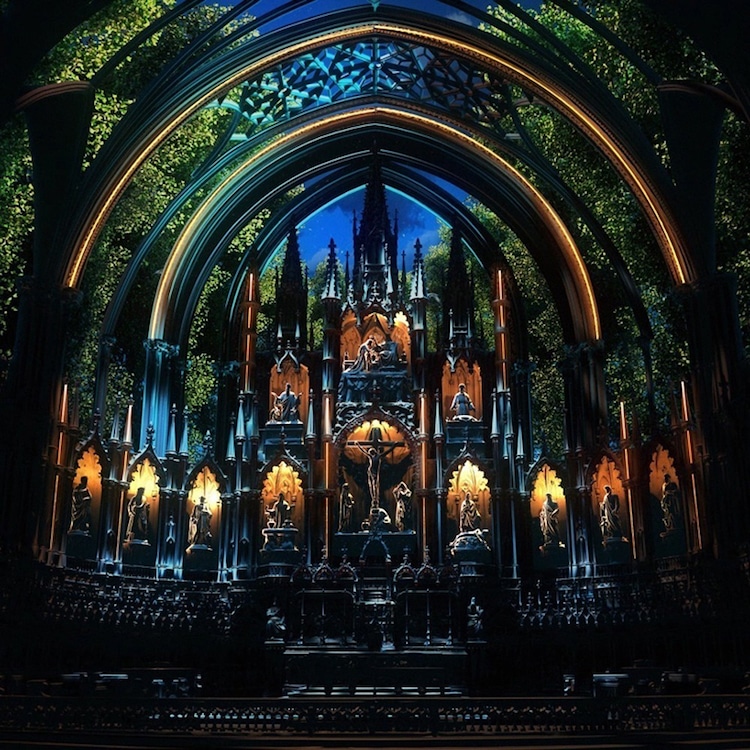 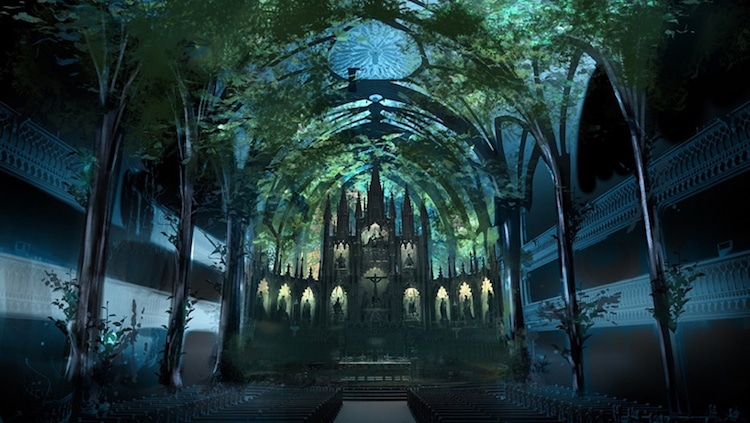 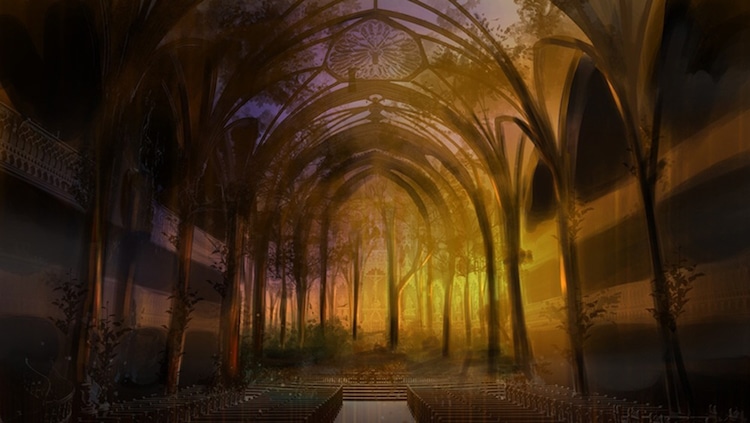 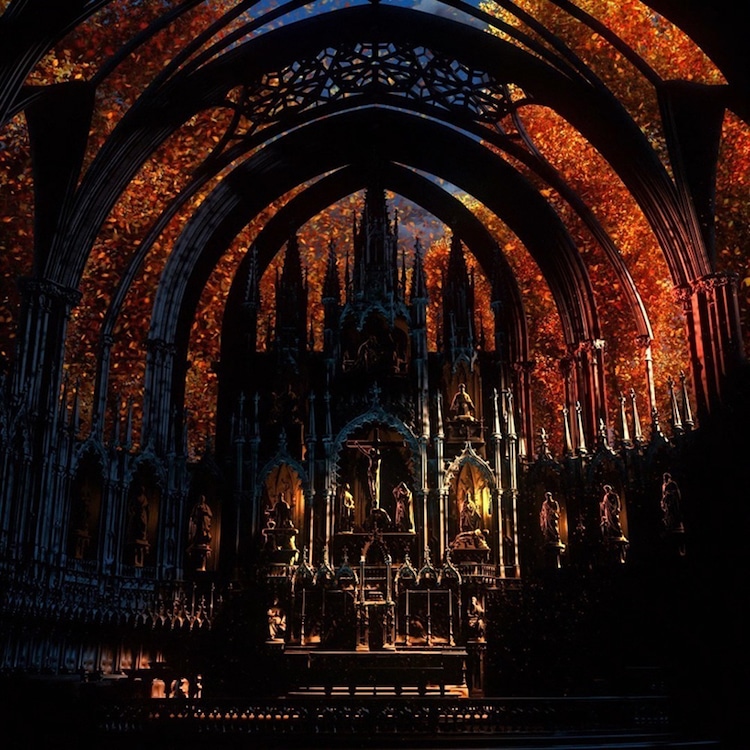 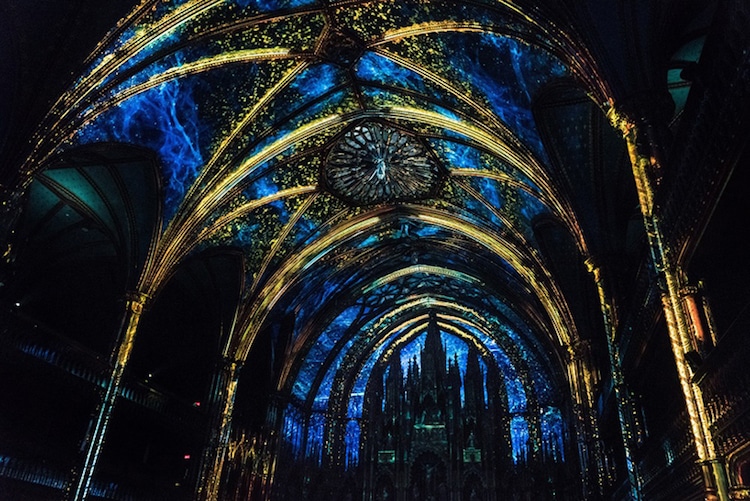 The light and sound installation is aimed to enhance the historic beauty of the church's interior. 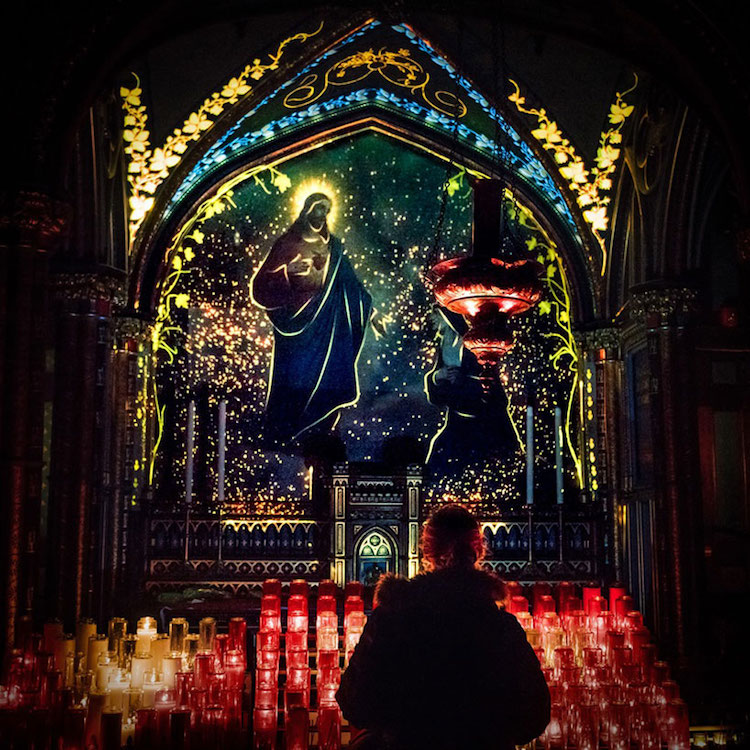 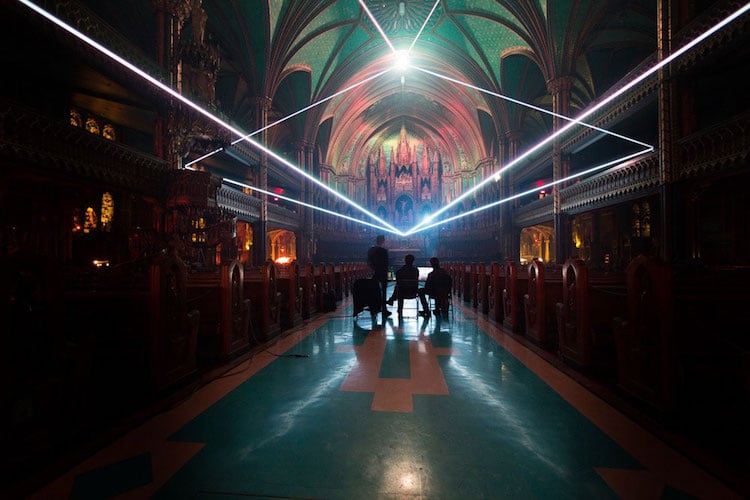 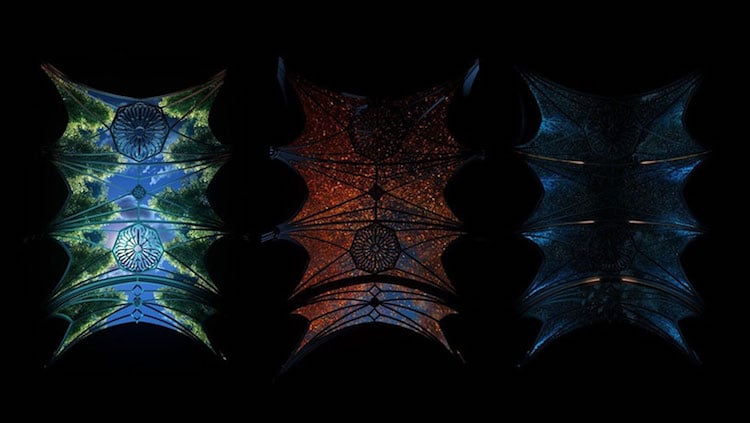 After a year of planning, AURA achieved its goal of bringing 21st-century technology to the 19th-century Gothic landmark.

This video takes us behind the scenes as the multimedia studio plans out the project.