Most Common Languages Spoken Around the World and Their Native Speakers 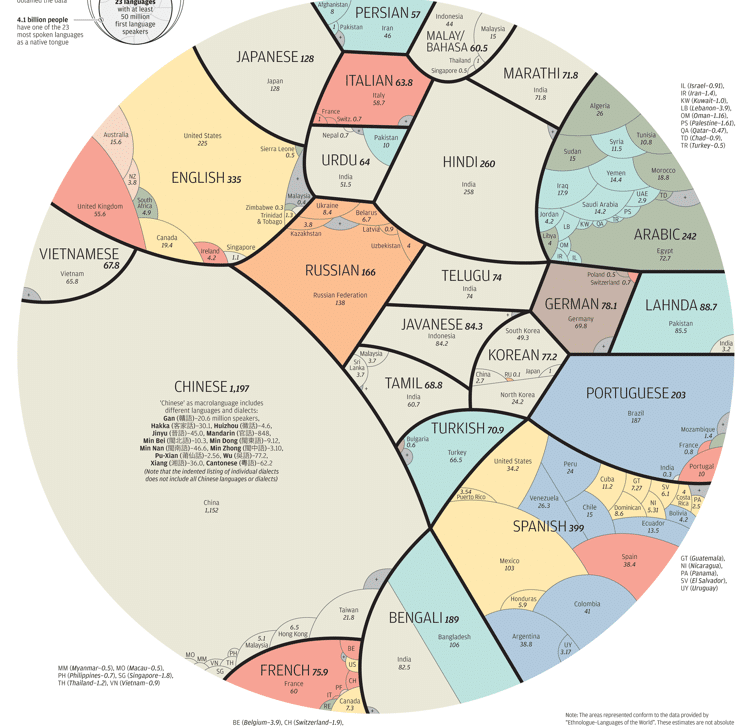 Previously we've looked at the most common second languages around the world, but what are people speaking on a daily basis? National Geographic senior graphics editor Alberto Lucas López has created a clear, effective infographic that shows us just how common different native languages are around the world.

His spherical design is cut into sections, with individual portions varying in size according to how widespread that language is. “There are at least 7,102 known languages alive in the world today. Twenty-three of these languages are a mother tongue for more than 50 million people,” López writes. “The 23 languages make up the native tongue of 4.1 billion people. We represent each language within black borders and then provide the numbers of native speakers (in millions) by country.”

The color of each section also reveals the geographic location of the language, making it easy to quickly see just how many popular native languages come from Asia Minor, which is noted in light brown. Within each language section, smaller divisions show where the mother tongue speakers are from. For instance, the multicolor Spanish section shows just how widespread the language is, as it moves from pink Western Europe to light purple South America. Conversely, Russian, while spoken by 166 million people, is relatively landlocked.

Check out the full chart below and you may be surprised about how many popular languages you may have never heard of, while other well-known languages may surprise you with how relatively few native speakers exist. For instance, French, the native tongue of 75.9 million people, is ranked well behind many others, yet is the second most popular language being learned.

This clever infographic effectively shows the 23 most common languages spoken around the world. 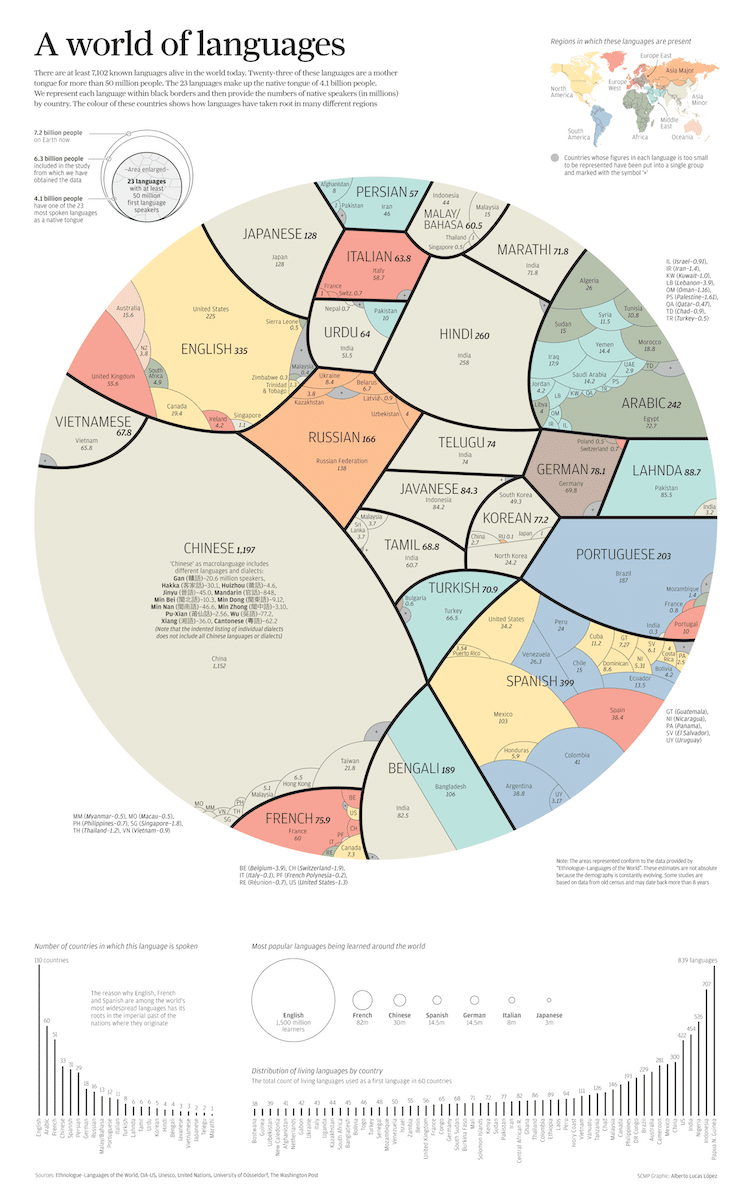 All images via Alberto Lucas López.

How People Express Laughter in Different Languages Around the World

Artist Illustrates Untranslatable Love Words from Around the World