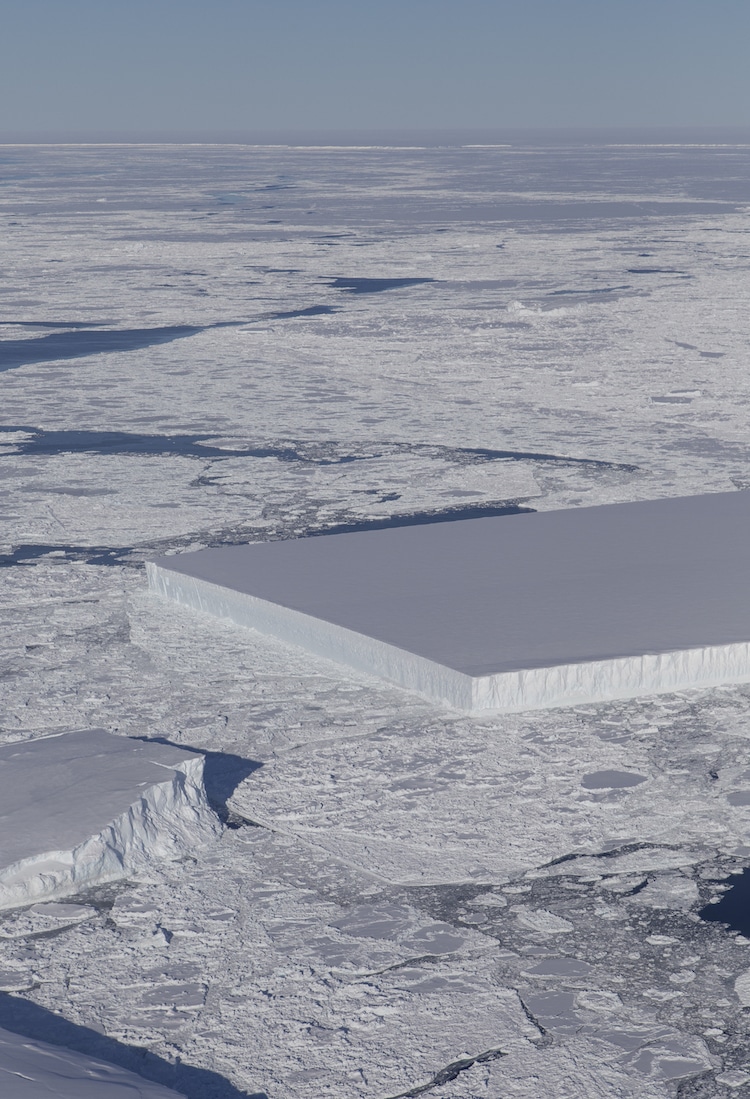 Looking like a carefully chiseled ice sculpture, an oddly rectangular iceberg in Antarctica made waves when a photo of it was tweeted out by NASA. The incredible formation, which shows just how precise nature can be, was photographed by Operation IceBridge senior support scientist Jeremy Harbeck during a routine survey of the area.

Operation IceBridge began in 2009 and is an ongoing mission to monitor changes in polar ice. The rectangular iceberg, which was spotted in the Weddell Sea off Antarctica, appears to have recently detached from an ice shelf. Formations such as this, with sharp, vertical sides and a flat top, are known as tabular icebergs. Also known as ice islands, the largest icebergs in the world are typically tabular.

While tabular icebergs aren't uncommon, this particular specimen is something special. “I often see icebergs with relatively straight edges, but I've not really seen one before with two corners at such right angles like this one,” said Harbeck. The rectangular iceberg is located next to the A68 iceberg, a Delaware-sized formation that calved, or broke away, from the Larsen C Ice Shelf in 2017.

The A68 is one of the largest recorded icebergs, with a surface area of more than 2,200 square miles. “I was actually more interested in capturing the A68 iceberg that we were about to fly over, but I thought this rectangular iceberg was visually interesting and fairly photogenic, so on a lark, I just took a couple photos,” Harbeck shared.

Further images of the area show that the rectangular iceberg, while not a perfect rectangle, is still pretty stunning. The area is actually littered with tabular icebergs that bob in the shadows of the enormous A68. It's entirely possible that these smaller icebergs are left over from the A68's calving from the Larsen C Ice Shelf.

From yesterday's #IceBridge flight: A tabular iceberg can be seen on the right, floating among sea ice just off of the Larsen C ice shelf. The iceberg's sharp angles and flat surface indicate that it probably recently calved from the ice shelf. pic.twitter.com/XhgTrf642Z

Further photos of the tabular iceberg show its quadrilateral form. 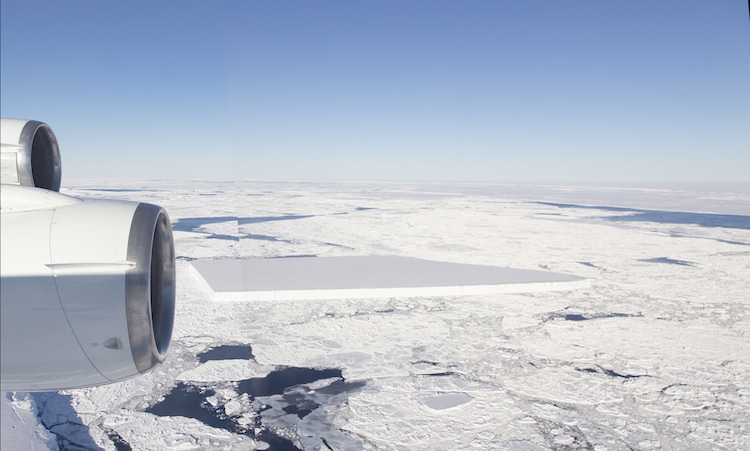 This panorama of the entire tabular iceberg was edited together from two images taken while flying past the berg.
Image taken during an Operation IceBridge flight over the northern Antarctic Peninsula on Oct. 16, 2018.
(Photo: NASA/Jeremy Harbeck)

NASA's Operation IceBridge even spotted a second rectangular iceberg in the vicinity. 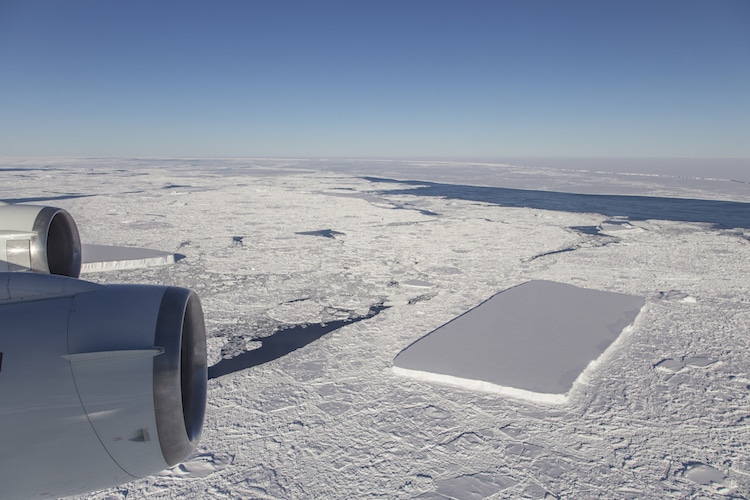 Just past the rectangular iceberg, which is visible from behind the outboard engine, IceBridge saw another relatively rectangular berg and the A68 iceberg in the distance.
Image taken during an Operation IceBridge flight over the northern Antarctic Peninsula on Oct. 16, 2018.
(Photo: NASA/Jeremy Harbeck)

The area is littered with tabular icebergs that were most likely the result of the A68's calving from the Larsen C Ice Shelf in 2017. 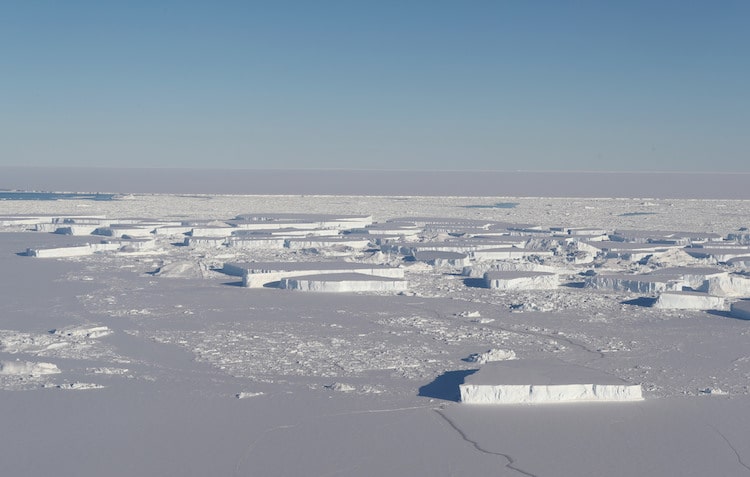 Large tabular icebergs located between Antarctica's Larsen C ice shelf and the A-68 ice island, which calved off of the Larsen C last year, as seen on a NASA Operation IceBridge mission on Oct. 16, 2018. (Photo: NASA/Jefferson Beck) 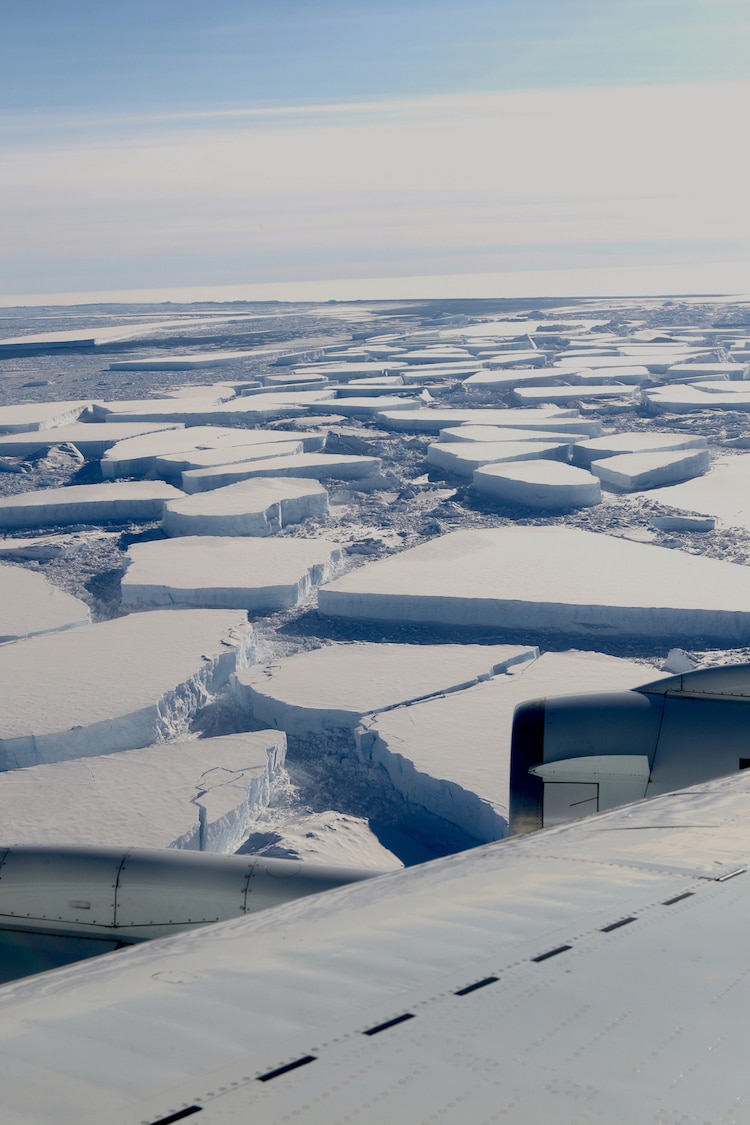 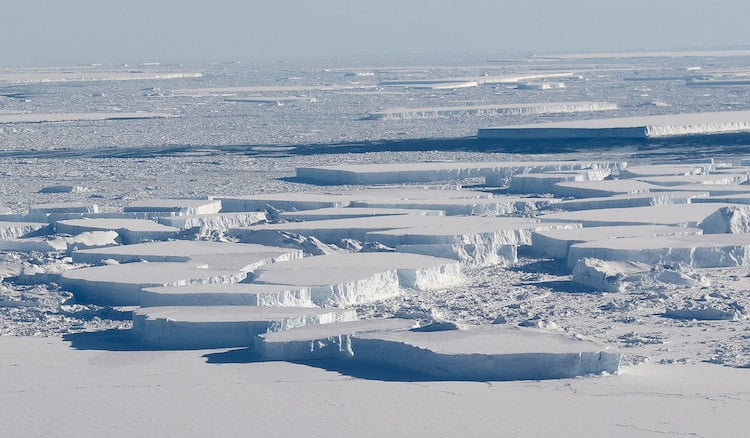 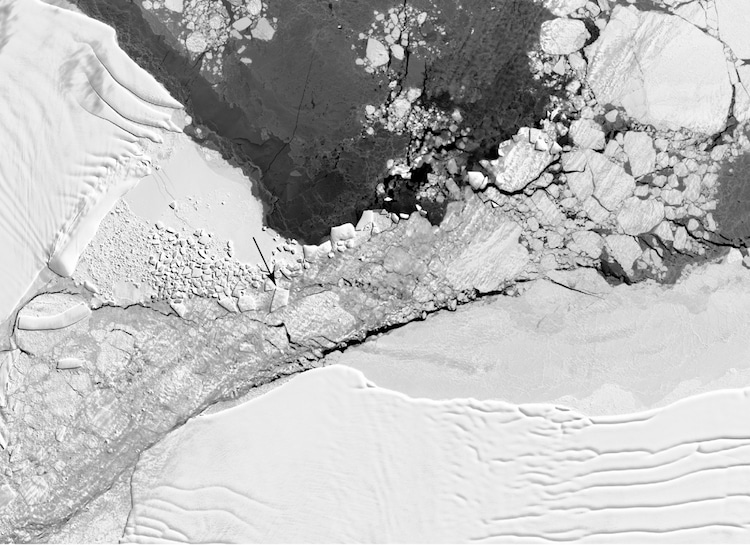 Section of a Landsat 8 image of the “square” iceberg area, with an arrow identifying the iceberg in question. Taken on Oct. 14th, 2018. (Photo: NASA/ Christopher Shuman)

Watch as Operation IceBridge flies over the area in question.

Interview: Stunning Shots Simultaneously Capture the World Above and Below a Glacier