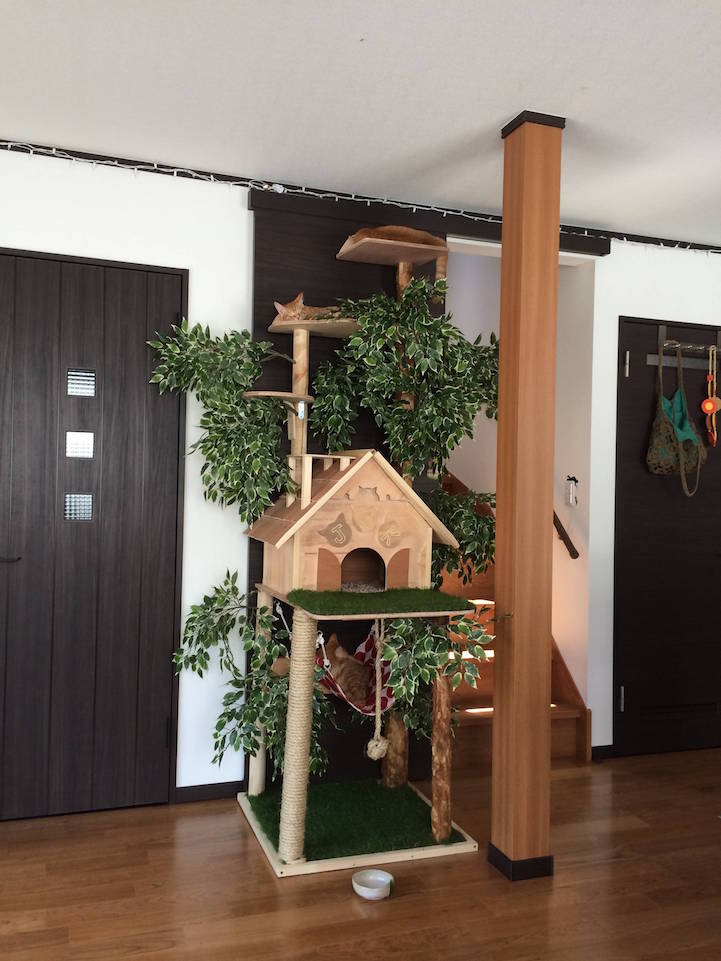 If you consider yourself a discerning pet owner, finding furniture that suits your taste and your cat's claws can be a challenge. A popular type of scratching post is one that's completely covered in carpet, but if you're like Redditor daidougei, you may think this style is “a bit of an eyesore.” That's why the DIY enthusiast decided to build his own customized, natural-looking cat tree, which functions as both a scratcher and bed for his three furry friends.To begin the feline-friendly project, daidougei created a model using a program called Blender. This allowed him to play around with the proportions and measurements before he bought any supplies or started construction. He opted for an organic-looking structure, and after the planning process, bought two plastic trees. Daidougei trimmed their branches and attached them to the “natural bark” posts, which were actually reclaimed fence posts.

After pruning, the craftsman got to work making a tiny house using a jigsaw and Dremel tools. “If you can make a gingerbread house, you can make this,” Daidougei wrote on Imgur. He then added a couple of helpful features, including a “helipad” on the roof–to help the cats jump from one level to another–and a hammock underneath the house for them to lounge.

See shows of the natural-looking cat tree below. 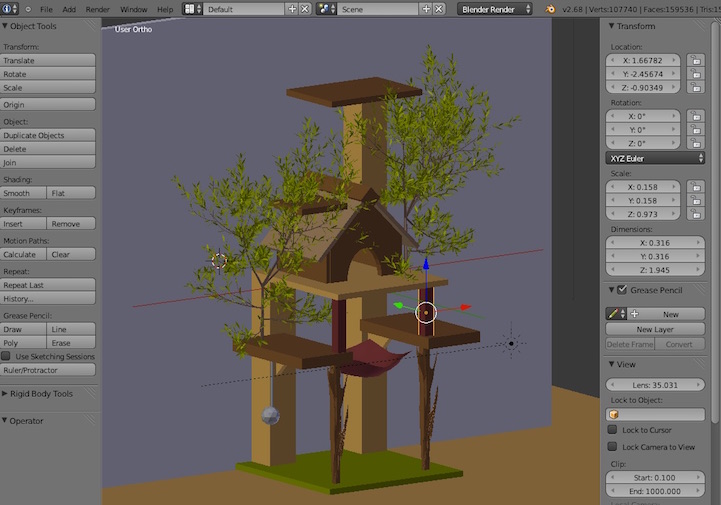 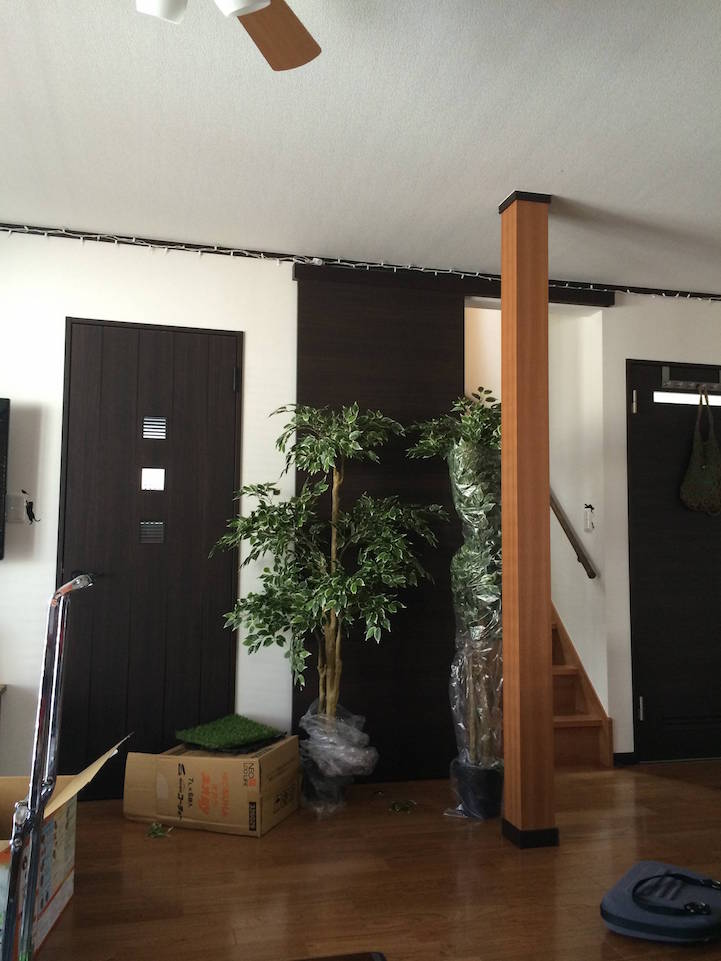 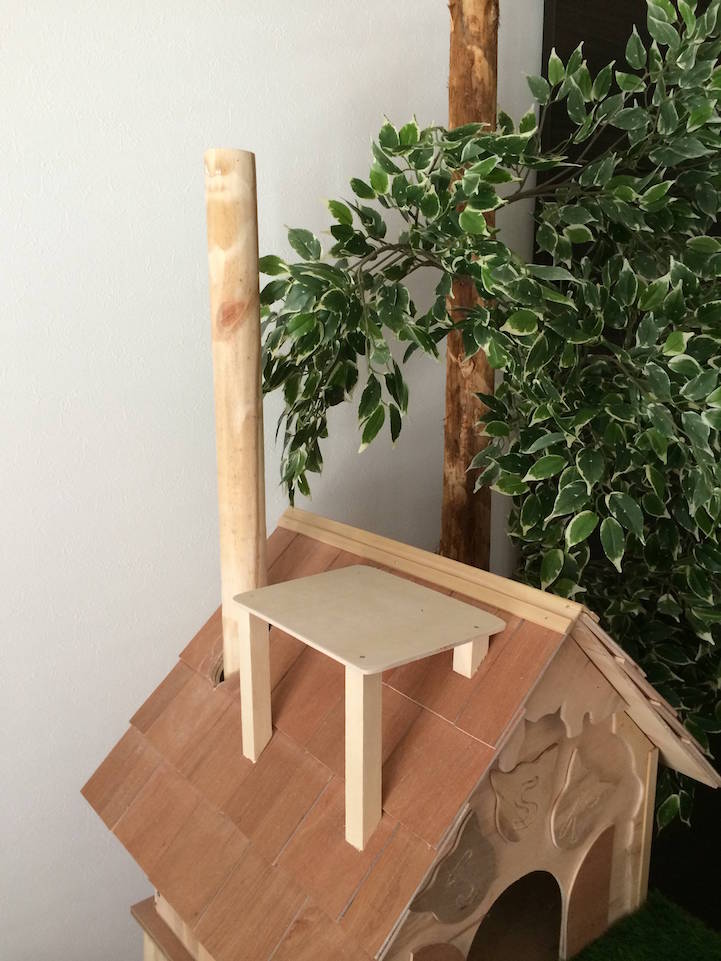 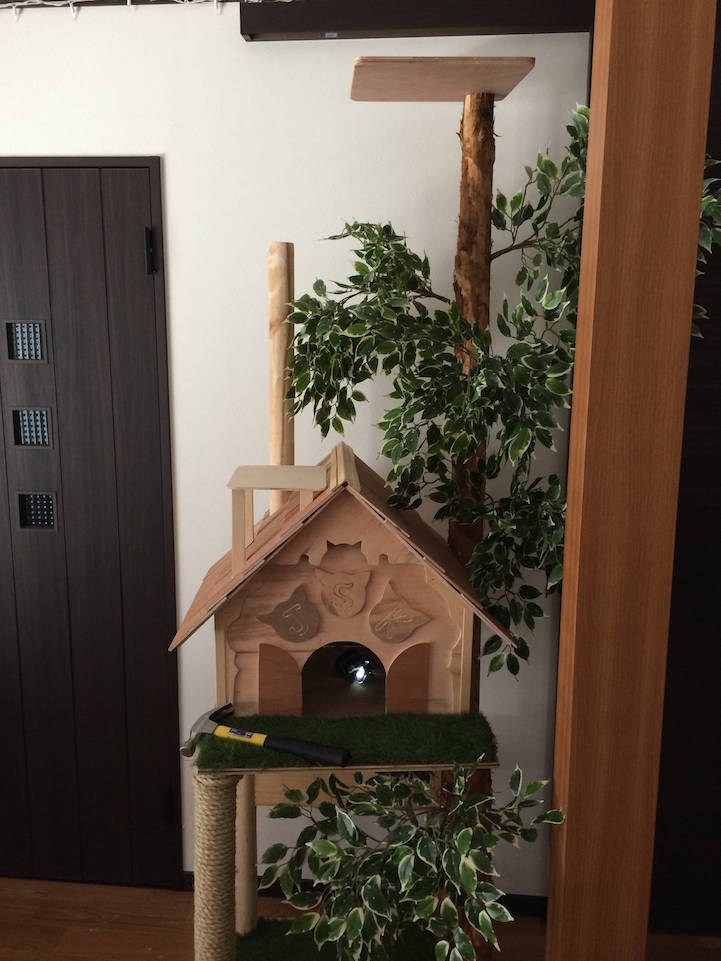 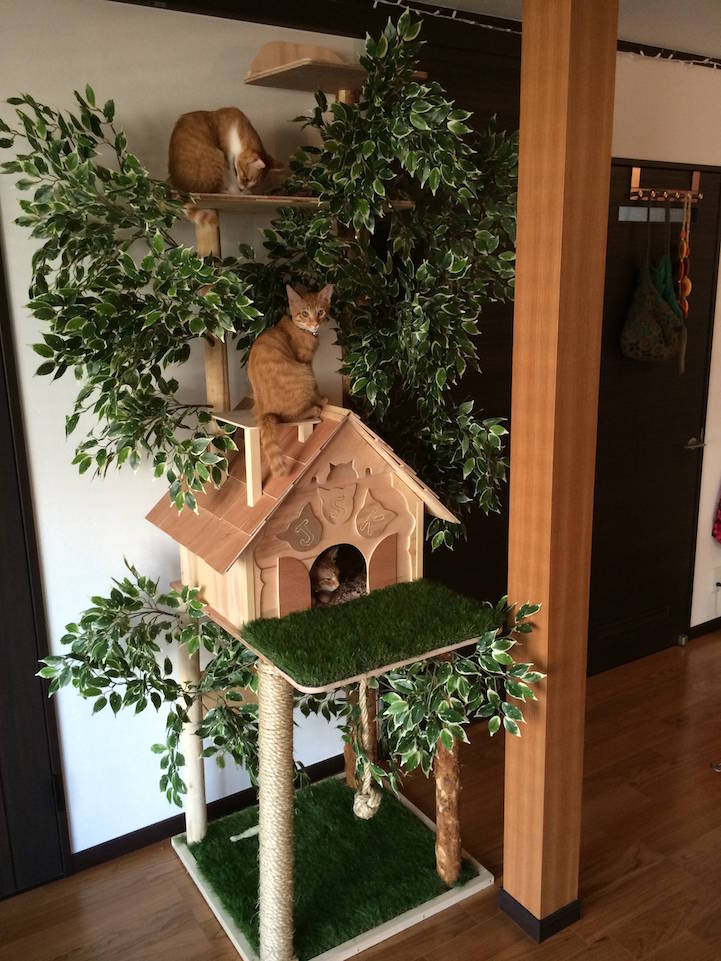 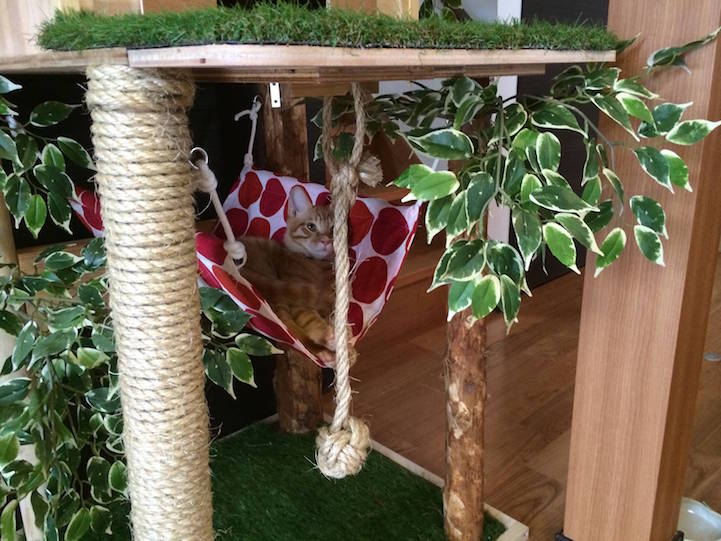