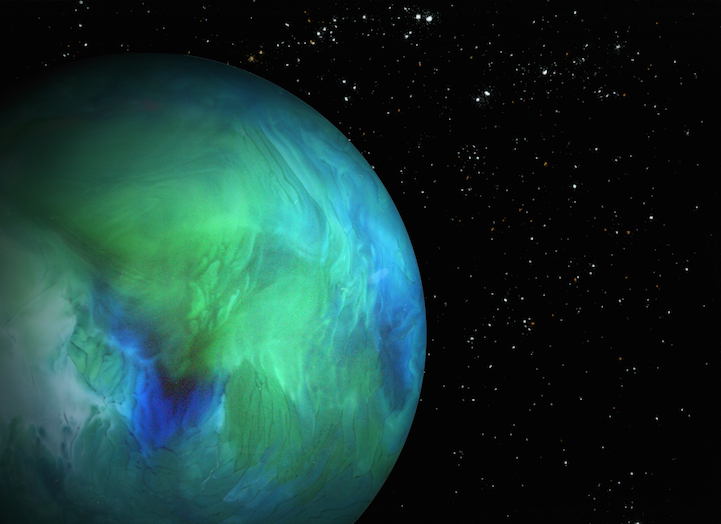 Don't let your eyes deceive you. Photographer Navid Baraty takes a break from shooting New York from high above to create WANDER, fictional space scenes created by placing everyday household items, like cinnamon and curry powder, on an open photo scanner. WANDER is an imaginary space probe that explores the mysterious cosmos. Planets, stars and black holes may look believable, but they're actually created by mixing basic baking ingredients with a few unconventional items such as cat fur and silica gel.

“I'd seen examples of scanography done where others had scanned objects with the scanner lid open to create a sharp contrast between the highly detailed scan of the object with the totally black background,” Navid told us. “I'm inspired by photos of space every day and I wondered if I might be able to create similar space scenes on this black background by sprinkling spices on the scanner glass to create stars, using liquids in a glass to create the natural swirls and clouds of planets. I was really surprised at how realistic they can look!

“I've had a fascination with space ever since I was a kid camping in the backyard and looking at the stars through my childhood telescope. When I look at the night sky, I'm captivated by its mystery and all of its unknowns waiting to be discovered by the next experiment or telescope. When I see the cosmos through photographs taken by the Hubble Space Telescope and other earthly telescopes, I'm often left without words. I think the awe and wonder of space ignites our innate curiosity as humans.

What would he like others to take away from this series? “I'd like people to look at these images and think could my fictional creation of a planet or moon or galaxy actually exist somewhere in our universe or possibly even beyond? I'd like for the imaginary explorations of Wander to inspire others about the cosmos and space exploration. I'd like for the series to literally take people to different worlds.”

Above: Planet – bottom of a glass containing half and half, water, food coloring
Stars – salt, cinnamon, baking powder 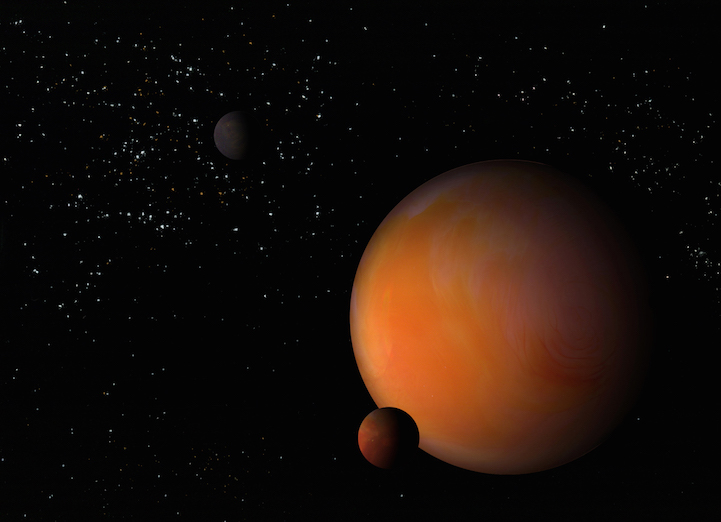 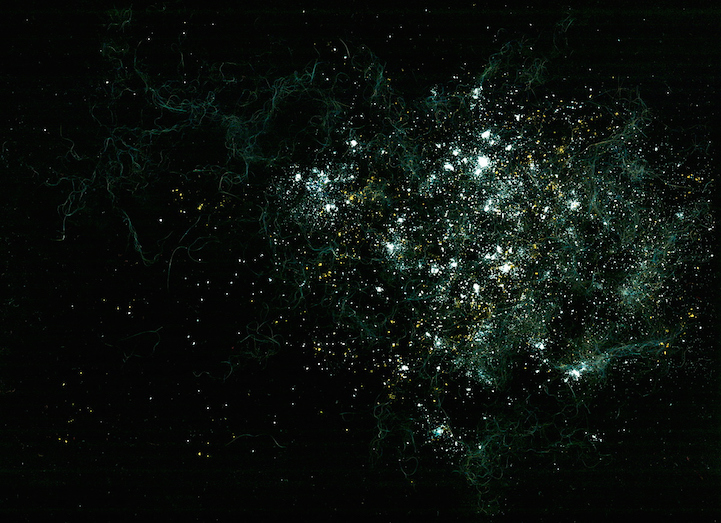 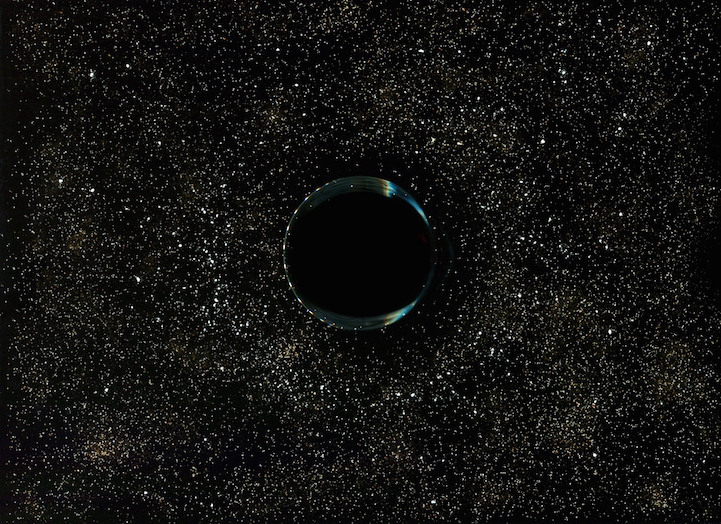 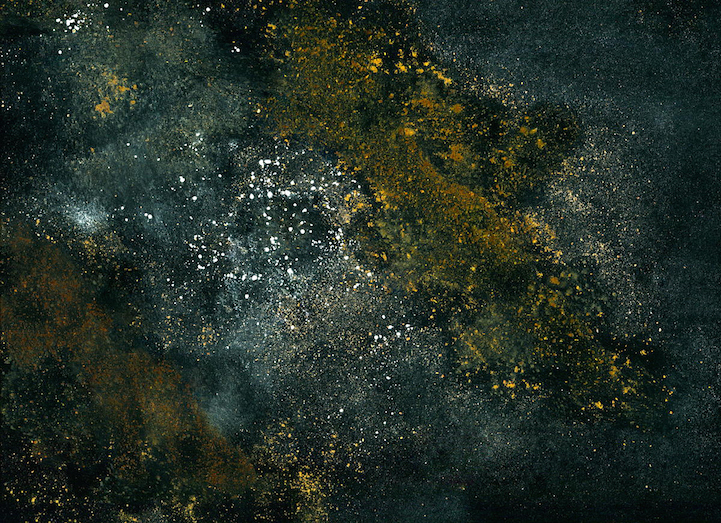 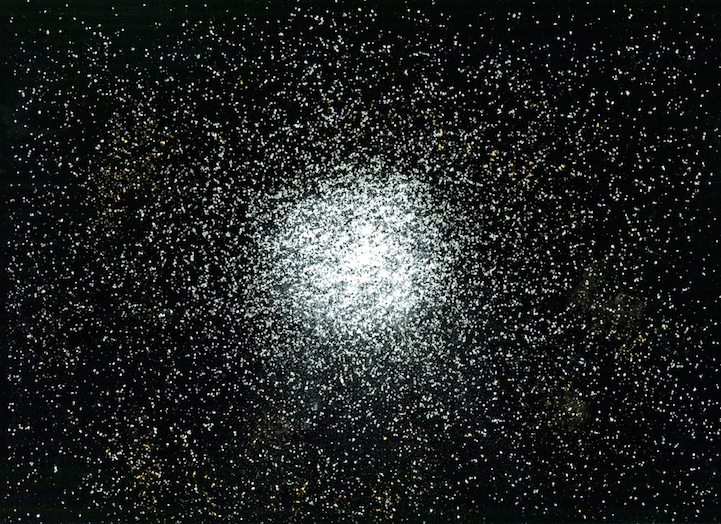 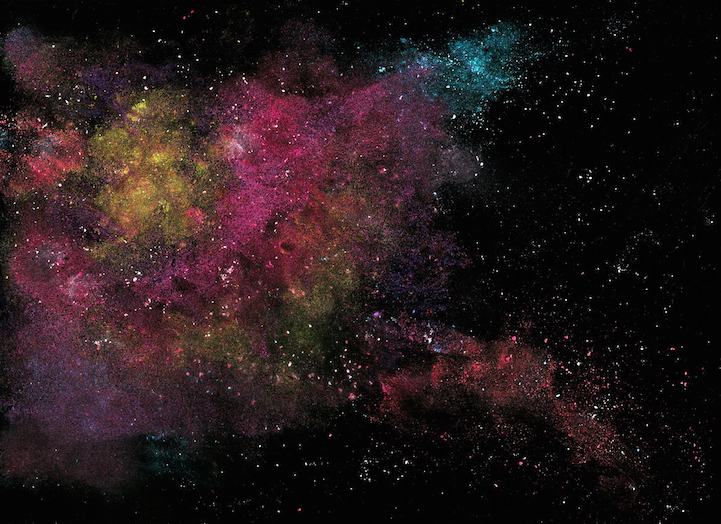 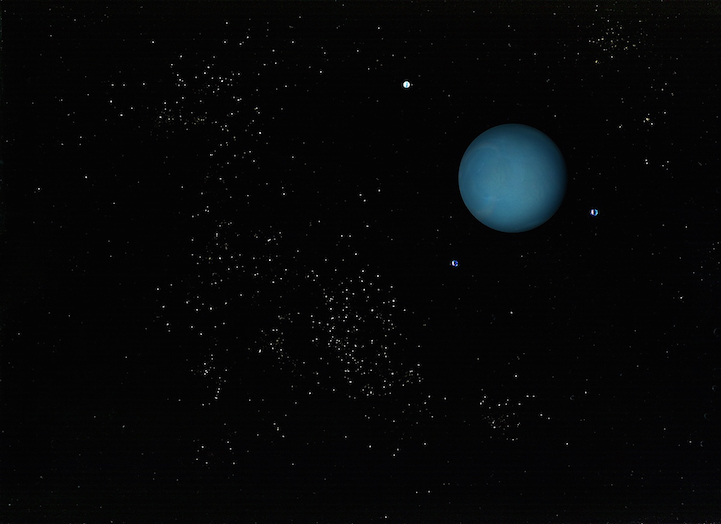 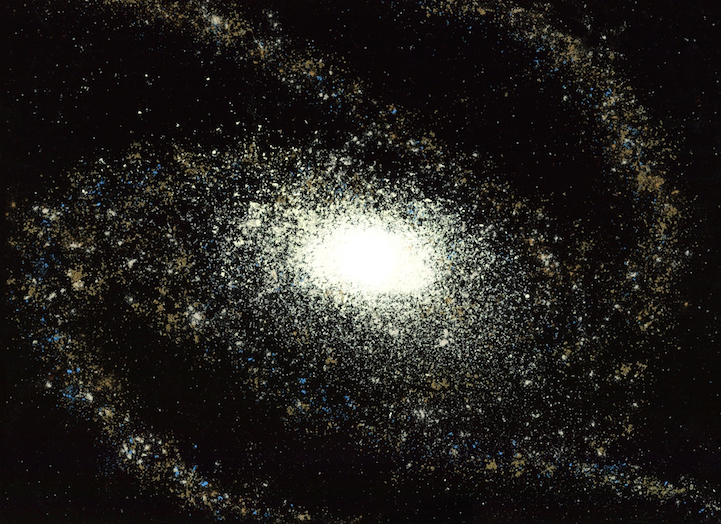 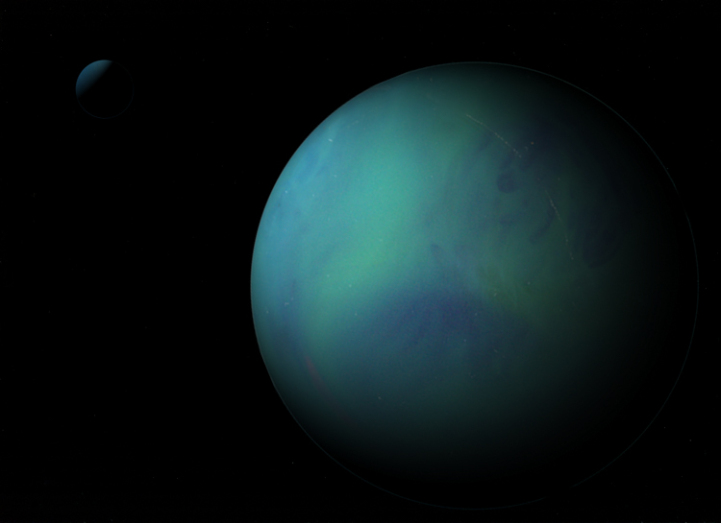