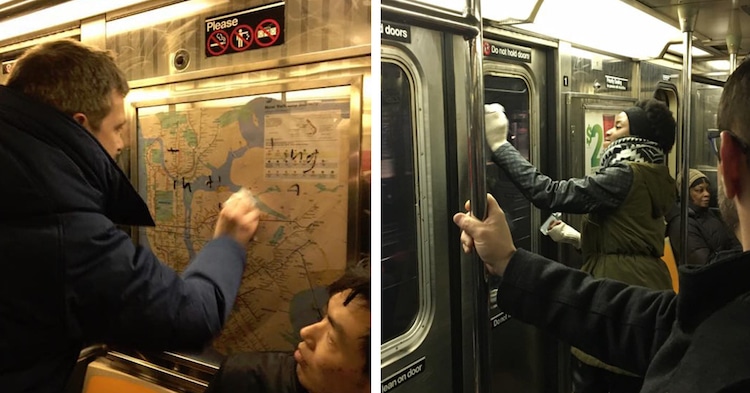 On Saturday night, New Yorker Gregory Locke boarded the 1 train in Manhattan. As he settled into a car, he was shocked at what he saw: “a Swastika on every advertisement and every window.” Scribbled in permanent ink, the hateful graffiti alarmed the passengers, who sat silently and weren't quite sure what to do—until one man had an idea. “Hand sanitizer gets ride of Sharpie,” he declared to his fellow commuters. “We need alcohol.”

Following the man's call to arms, several passengers began rummaging through their pockets and purses in search of tissues, hand sanitizer, and any other makeshift tools they could use to erase the awful vandalism. The strangers banded together to scrub away the Sharpie scribbles, and, after only 2 minutes, every trace of hate was wiped from the subway car.

Though, in today's climate, some people have accepted prejudice attitudes and behaviors as normal, Locke is quick to remind those around him that hate should never be accepted nor normalized. In Locke's account of the event—which is shared through a now-viral Facebook post—he triumphantly challenges the idea that, in 2017, Nazi symbolism on a busy train in bustling New York City should be shrugged off. In response to one passenger's resignation to the fact that “this is Trump's America,” Locke passionately proclaims: “No sir, it's not. Not tonight and not ever. Not as long as stubborn New Yorkers have anything to say about it.”

It just goes to show what love, teamwork, and a little bit of hand sanitizer can do.

His written account was accompanied by a few photos showing New Yorkers remove Swastikas from the train. 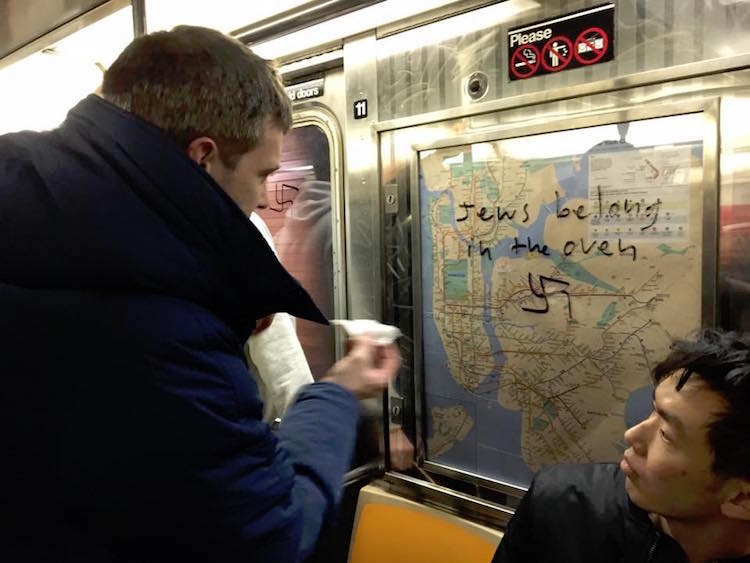 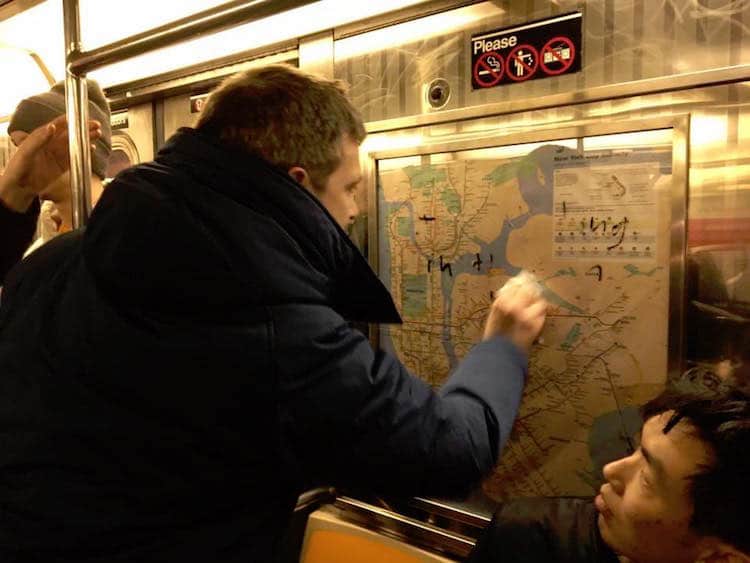 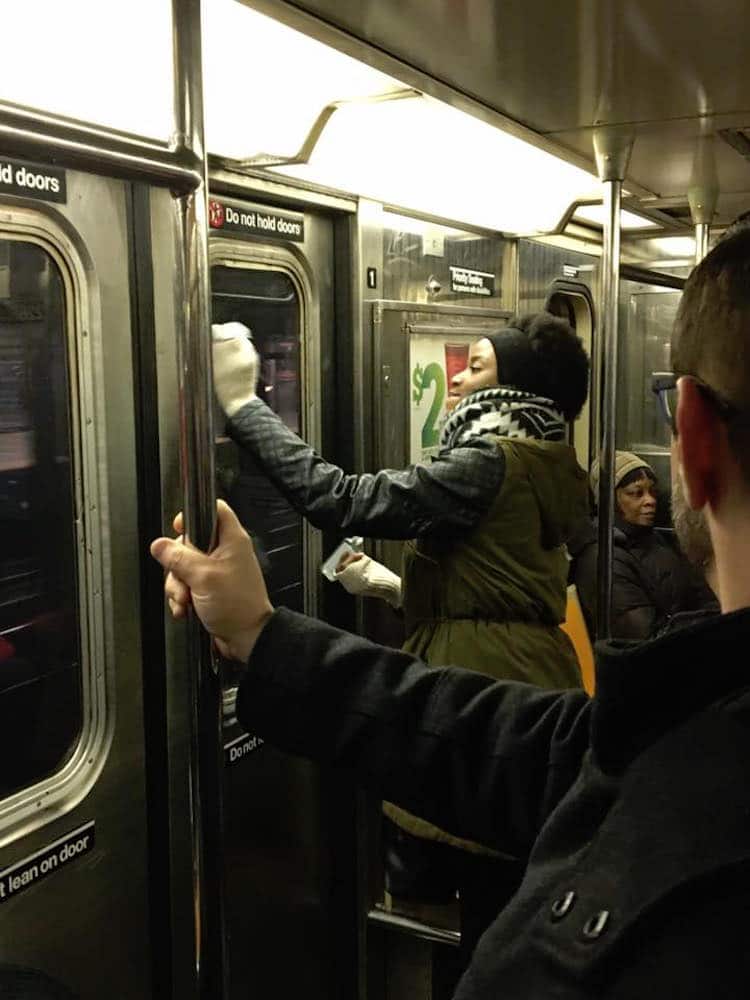 All images via Gregory Locke.