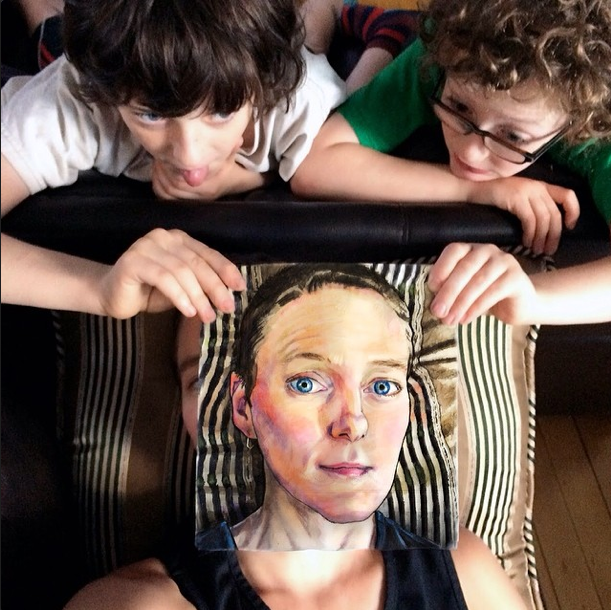 Brooklyn-based sculptor Nina Levy started drawing on her sons' lunch napkins and unwittingly touched off an adorable ritual that would span years. Levy has been sending her children, 12-year-old Archer and 8-year-old Ansel, to school with amazingly detailed napkins for the past eight years.

She started the ritual in 2006 as a fun way to send Archer off to prekindergarten each morning. She would stay up in the evenings after the boys went to bed dreaming up and sketching the designs. At first, she drew on plain, white napkin squares with bold, black Sharpie lines. When she started painting the outlines with watercolors, a whole new level of detailed creativity emerged. In the last eight years, Levy guesses she's spruced up more than 2,000 napkins for her. In 2012, she told the New York Times that she hadn't missed a lunch yet.

When Levy first started making napkin art, her children used the napkins to wipe sticky fingers and clean up the remnants of a messy lunch – but not anymore. They've become more of a collectible item, a symbol that Mom cares and is also cool. As far as subject matter, Levy says she tries to pull from things her sons are interested in and things they're learning about at school. Often, this results in amusing combinations of pop-culture characters and references.

The artist spends one to two hours creating the napkins per night. She has embraced this fantastic streak of creating inventive, kid-friendly art as part of her craft as well as an extension of a mother's love. “I view [the napkins] as a sort of compulsory nightly drawing practice, an enforced pop culture update, and, in my most pretentious moments, a form of sustained performance art,” she says. 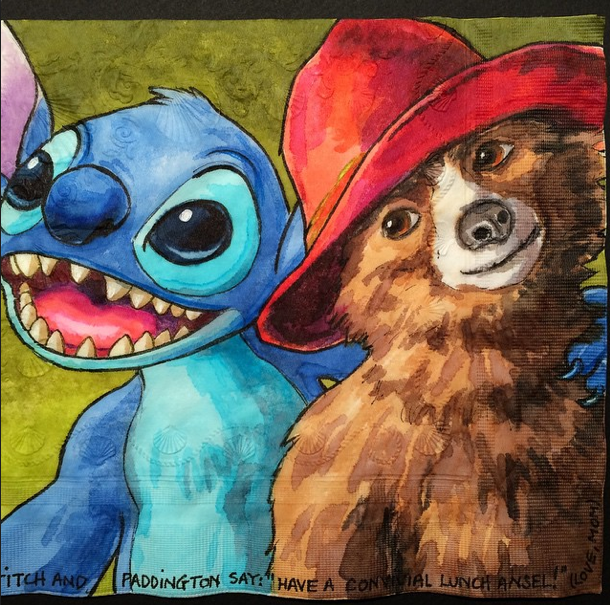 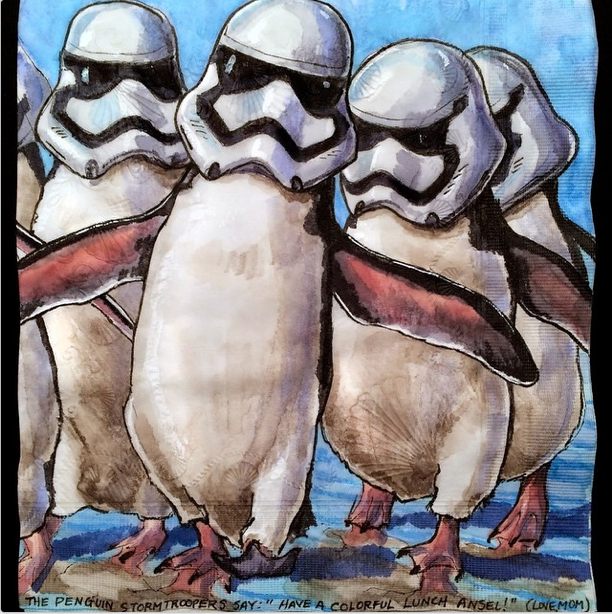 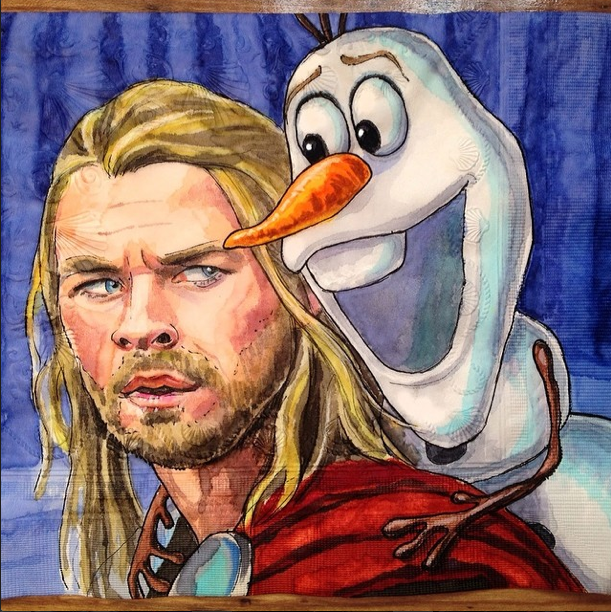 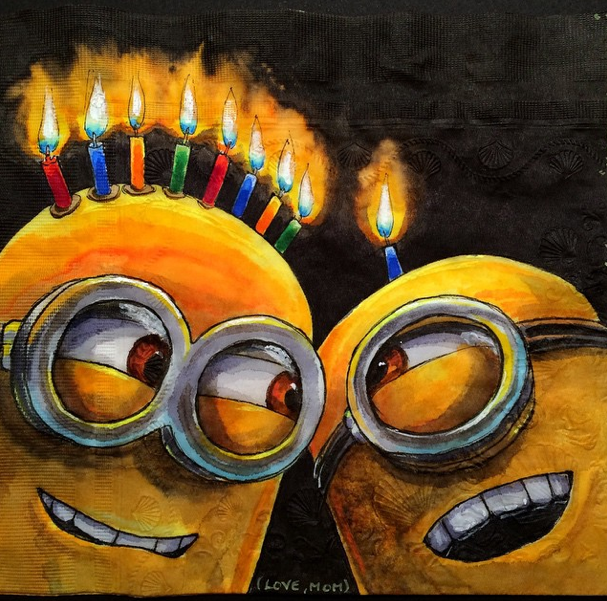 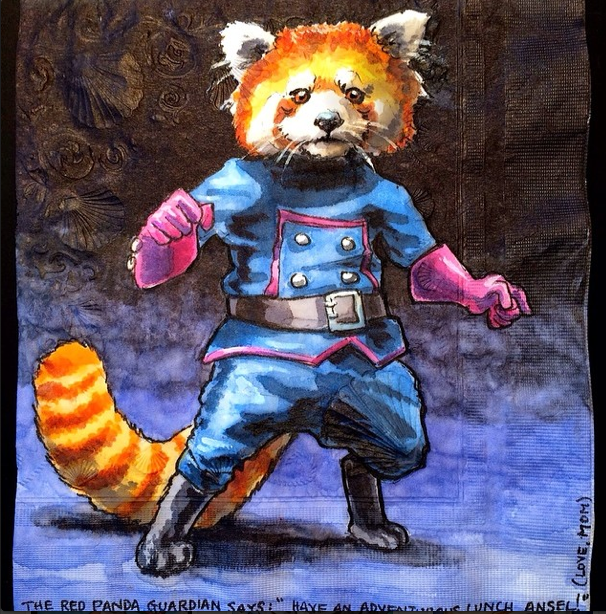 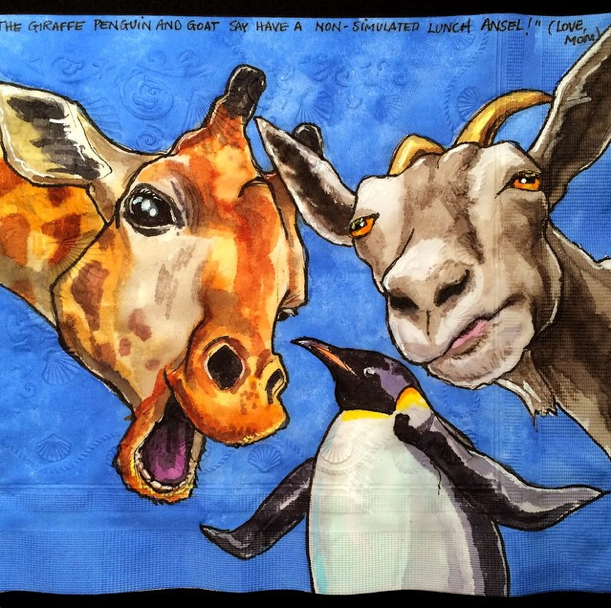 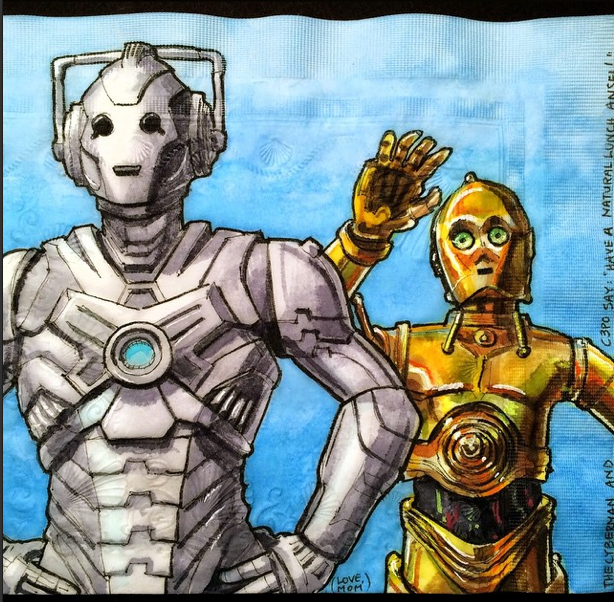 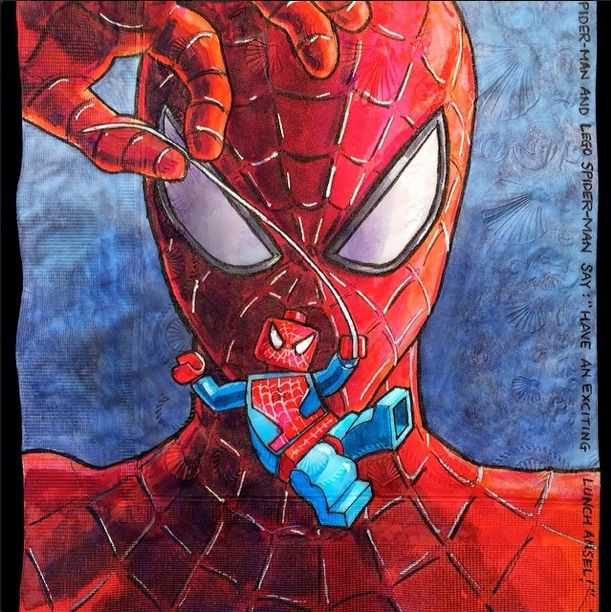 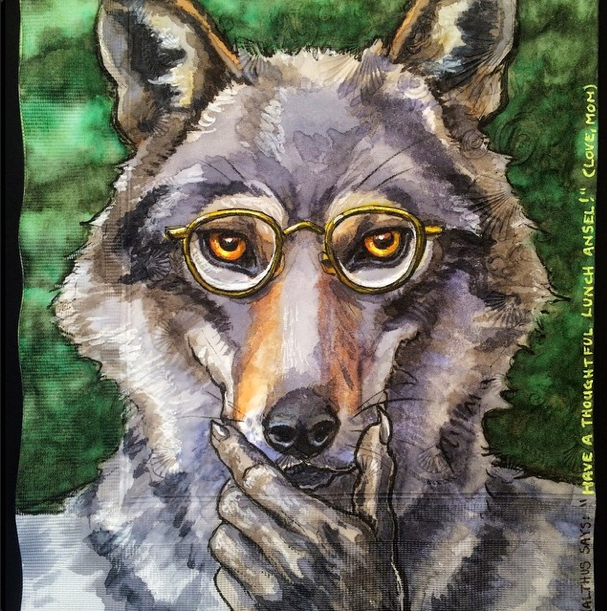