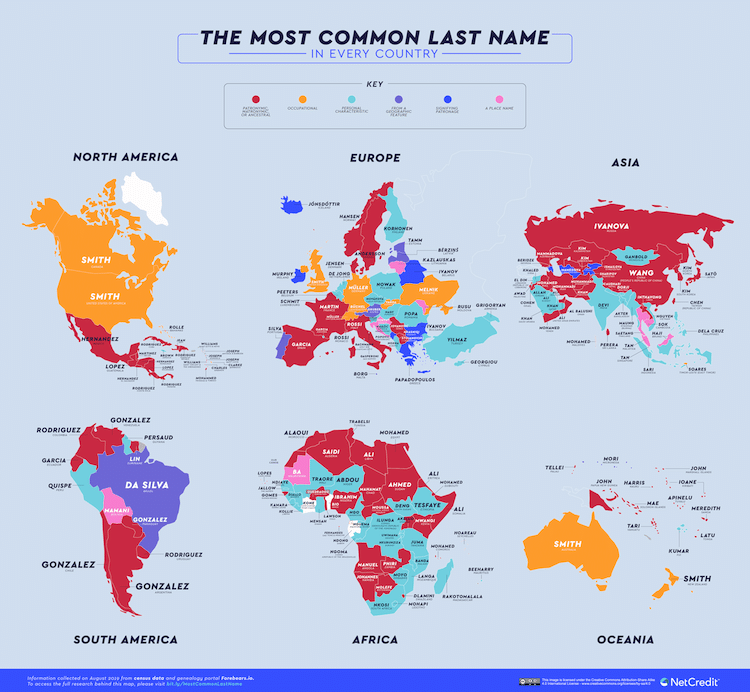 Today, human society is more culturally diverse than ever, but our surnames can tell us a lot about our ancestral origins. While there are plenty of lesser known last names, this map created by online lending firm NetCredit reveals the most common surnames around the world, according to each country.

Surnames generally fall into 1 of 5 categories: toponymic (location-based), occupational, personal descriptor, patronymic (from the name of a father or ancestor), and names that signify patronage. Second names were first used in China in 2852 BC to aid the collection of census, and the idea soon spread across the world. As the population grew in Western Europe during the Middle Ages, surnames were used as a way to tell people apart. Here, many people were given names according to their job or craft. NetCredit’s map shows the most common surname in Germany is Müller, the occupational name for a miller. In English-speaking countries including U.S., Canada, Australia, and the UK, the most common surname is Smith, a name that was first used for people who were blacksmiths.

The most common surname in the world is Wang—a patronymic Chinese name that means “king” in Mandarin. Around 76 million people in the world bear the name, with the next most common being the Indian surname Devi, which 69 million people share. It’s also interesting to note that surnames in Central America and the Caribbean reflect the region’s colonial history. For example, Haiti—a French colony from 1697 to 1804—has the most common last name of Jean, the French form of John.

Check out the different parts of the map below, and take a closer look on the NetCredit website where you can zoom in to a full-size version.

This map by NetCredit shows the most common surnames in every country. 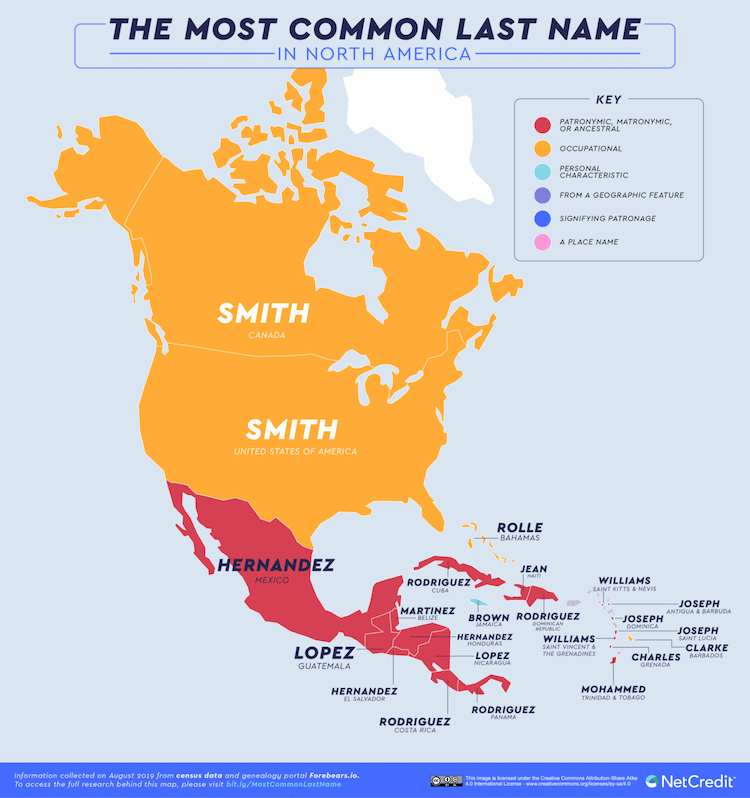 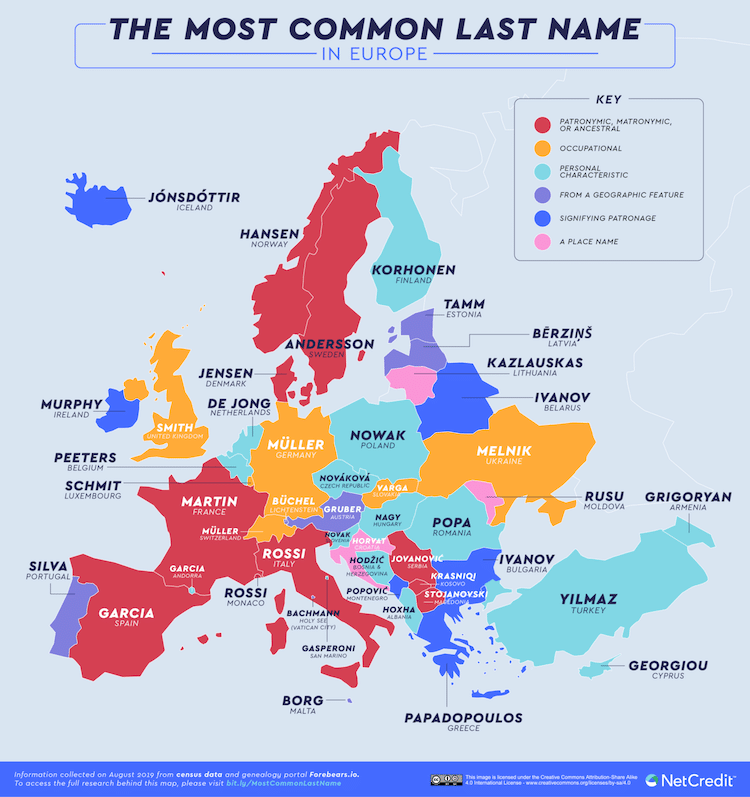 Our last names can tell us a lot about our ancestral origins. 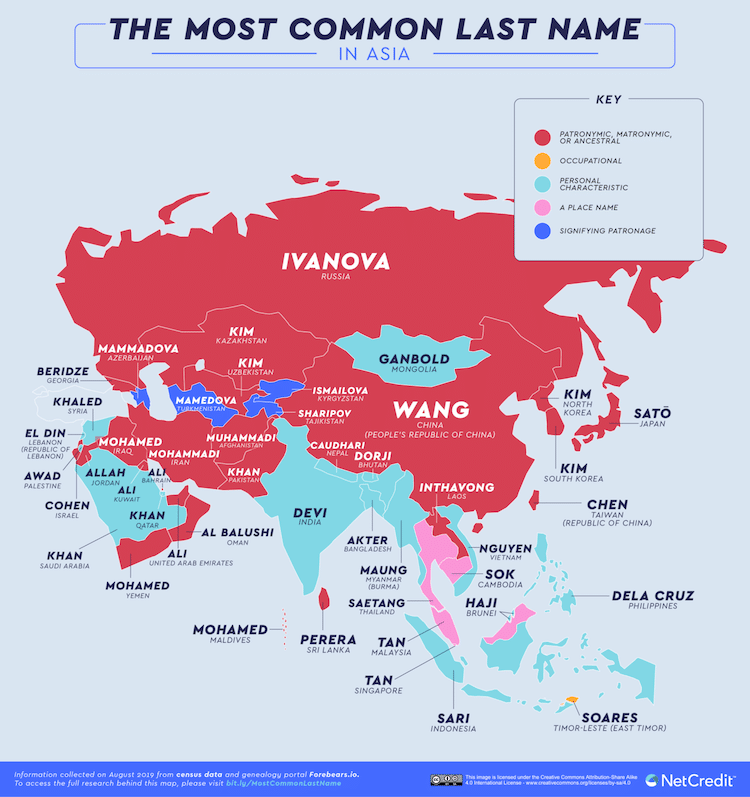 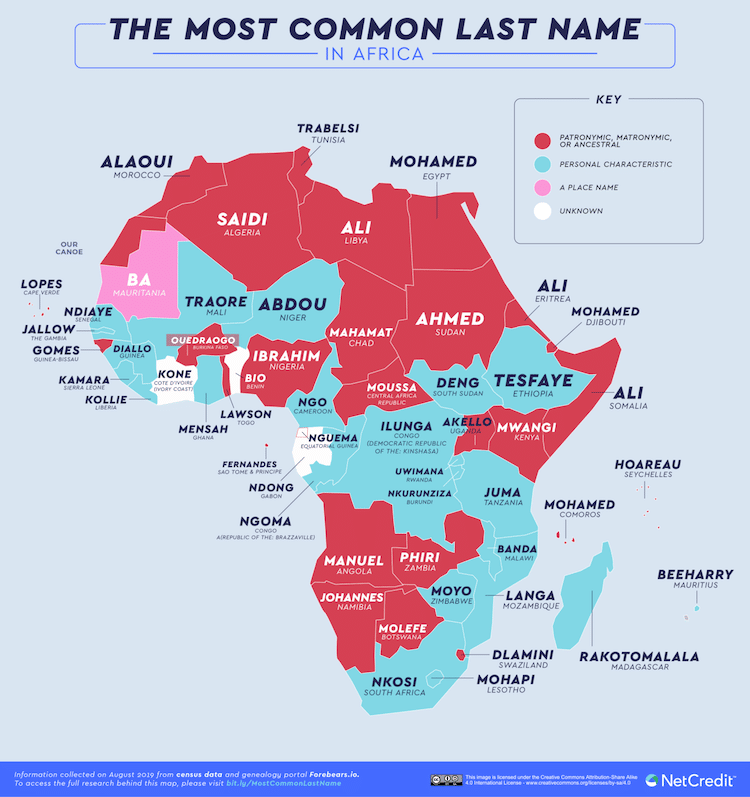 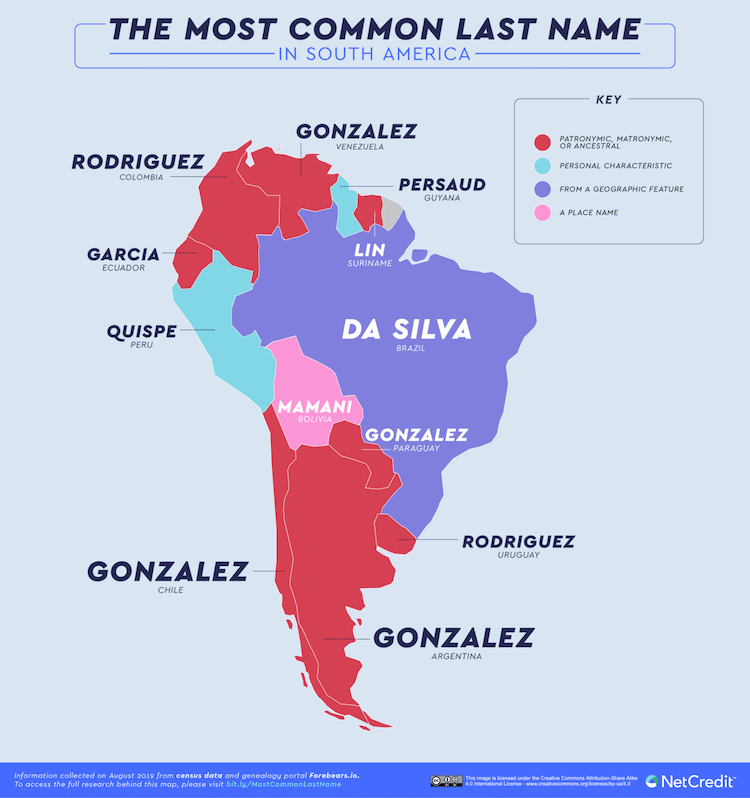 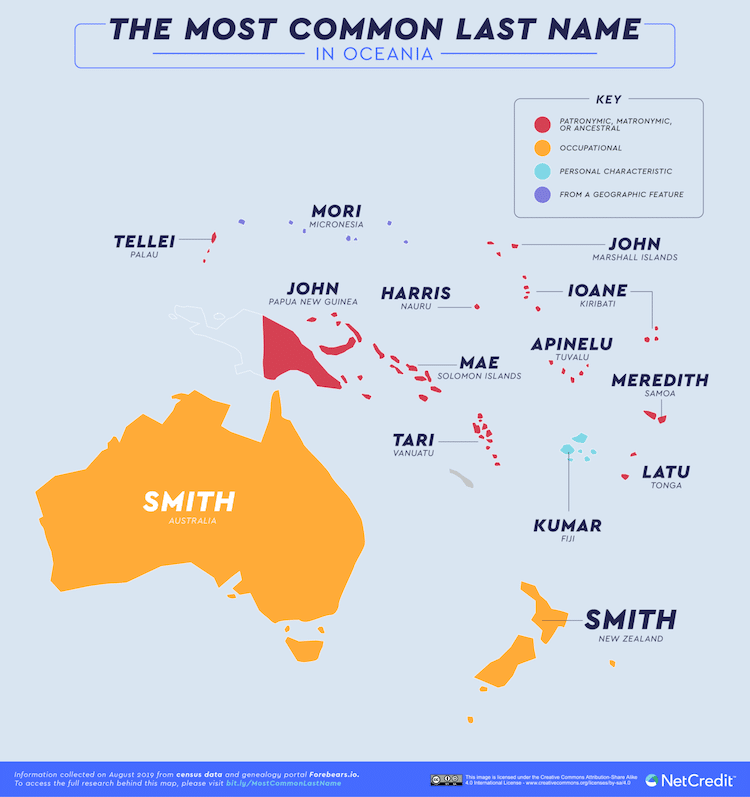