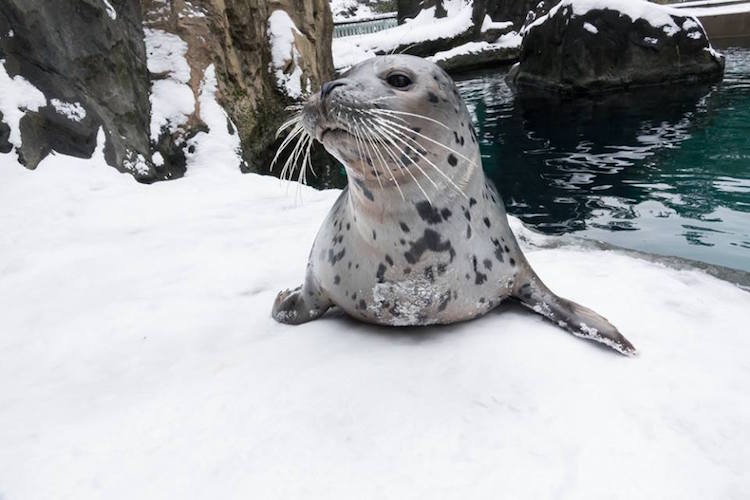 We may be only about a month into winter, but Portland, Oregon has already seen enough snowfall to satisfy the entire season. During what has been described as a miserable few weeks laced with storms, snow days, and sub-zero temperatures, many of the City of Roses' residents have opted to keep warm by staying indoors or bundling up before braving the cold. Though the winter blues are normal, not all Oregonians are sick of the snow. In fact, some, like the adorable animals at the Oregon Zoo, can't seem to get enough of it!

From fluffy polar bears and mountain goats to smiling seals and inquisitive otters, the cold-loving creatures have had an absolute ball playing in the fresh powder, whether they're slipping, sliding, frolicking, or even falling. While some of the critters, like the zoo's Asian elephants and African big cats, may not seem like the frosty weather-types, they, like humans, get a kick out of romping around in snow, too (though, of course, they eventually retreat to their heated indoor spaces!).

For snow-related safety reasons, the Oregon Zoo has been closed sporadically throughout the month. Although guests haven't been able to see much of the icy action firsthand, the zoo's staff has been busy posting hilarious and heartwarming photos and videos of the delighted animals on Instagram and Facebook.

See some of our favorite precious pictures and videos below! 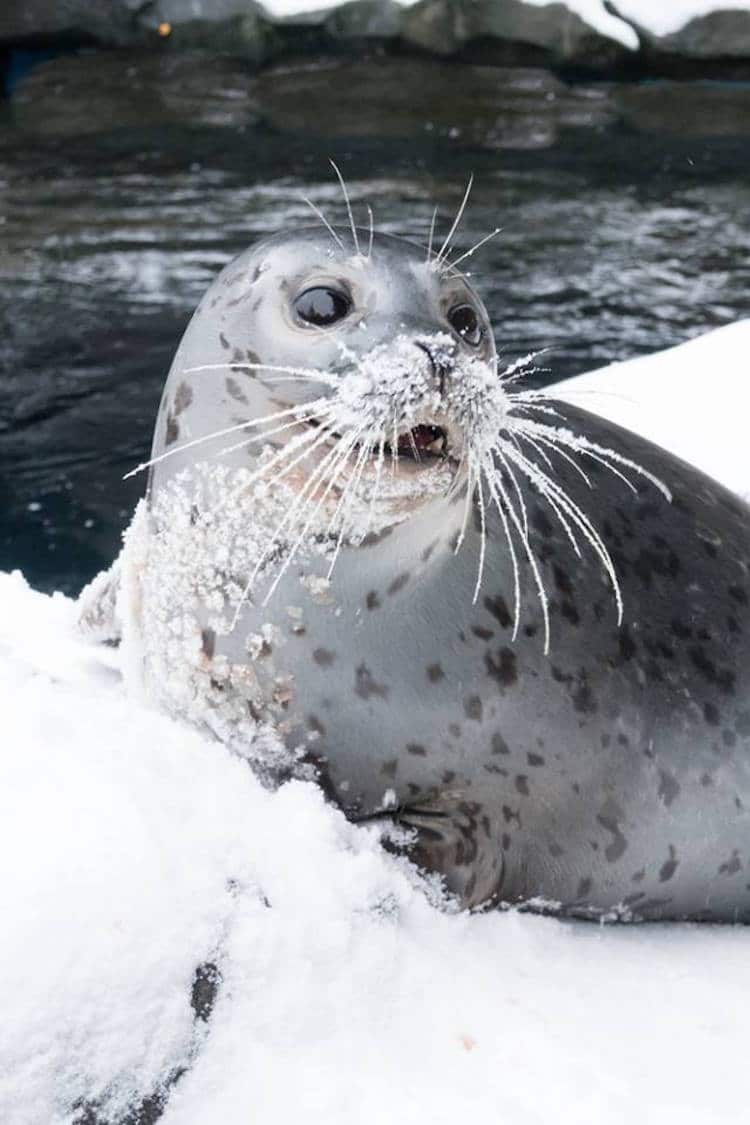 Kaya, a harbor seal, appears to smile through frosty whiskers. 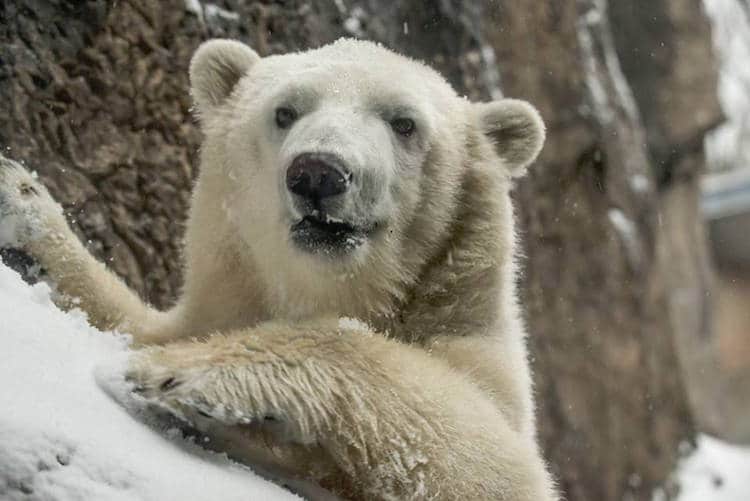 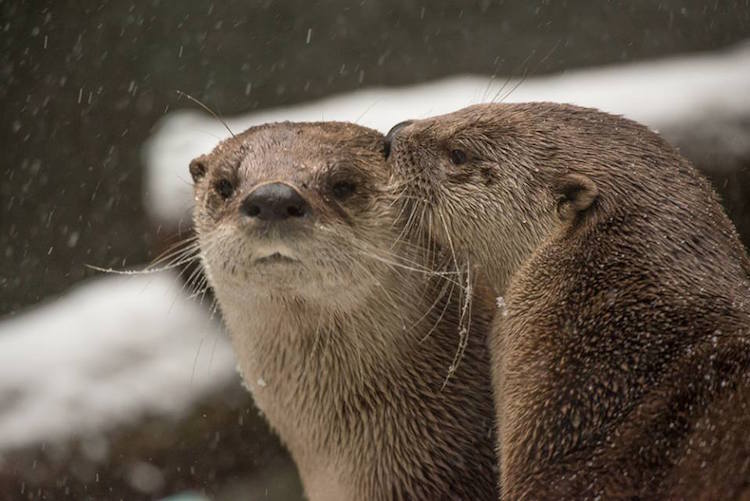 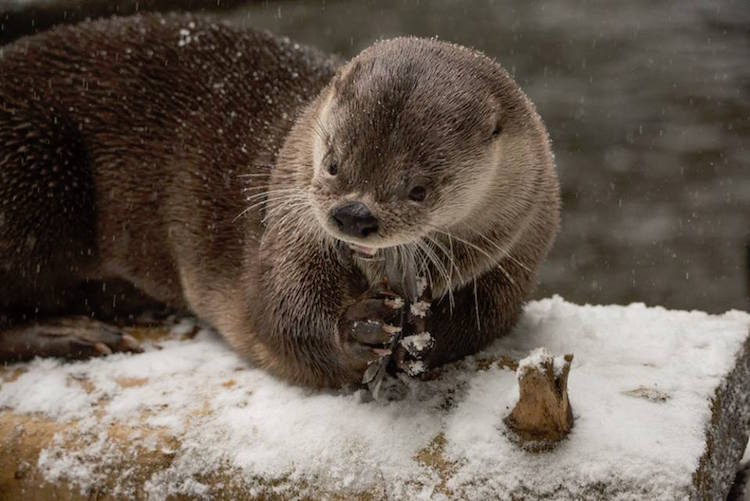 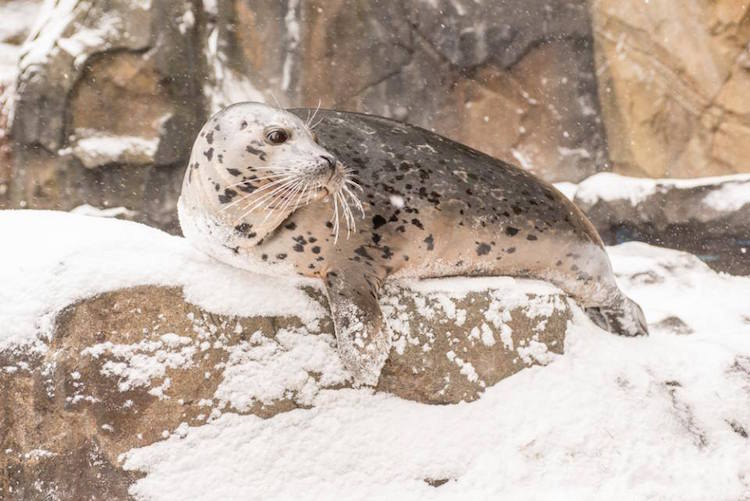 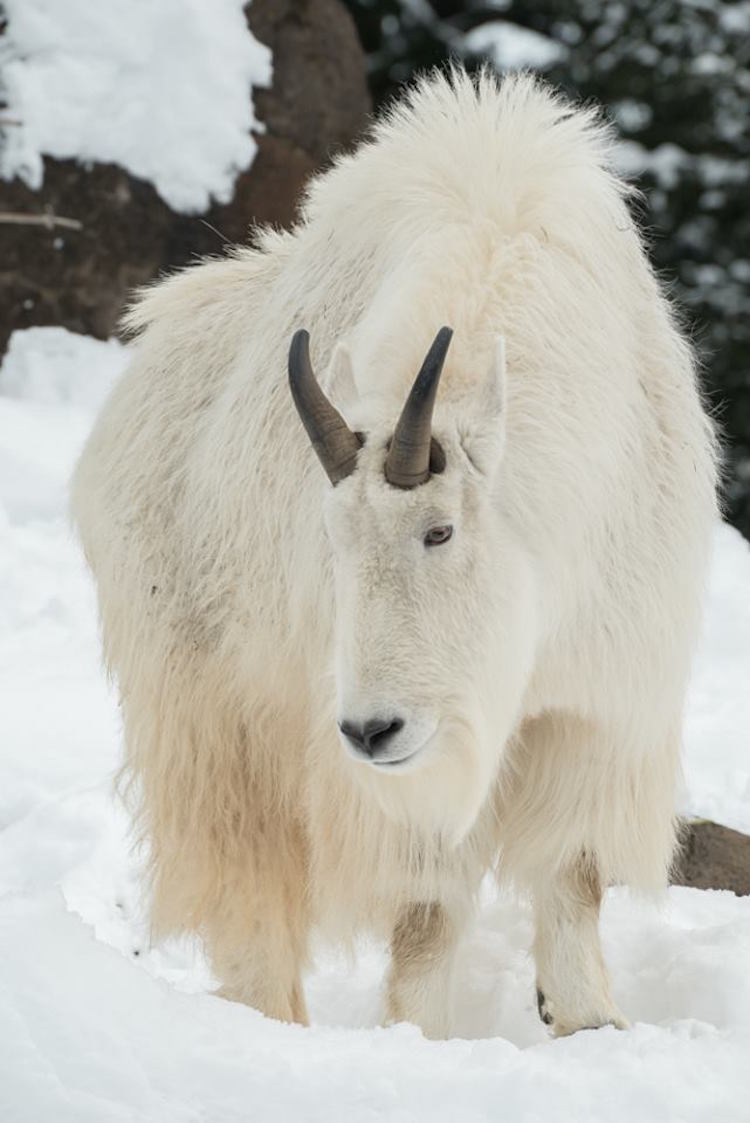 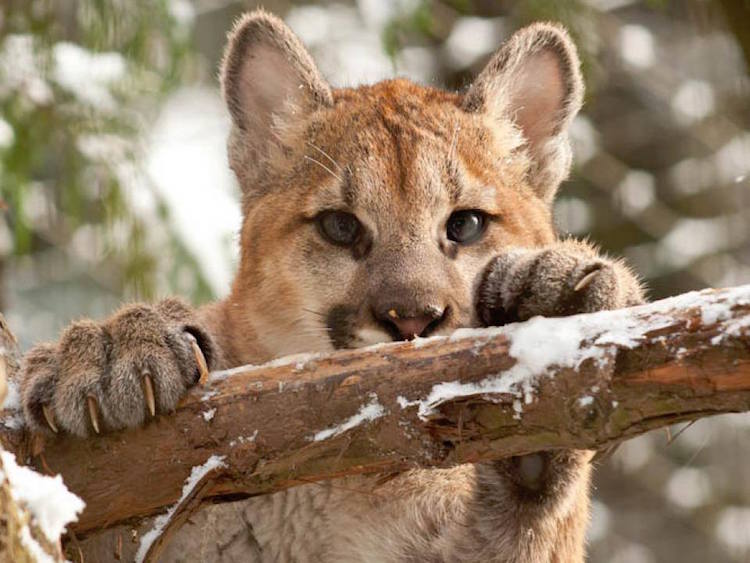 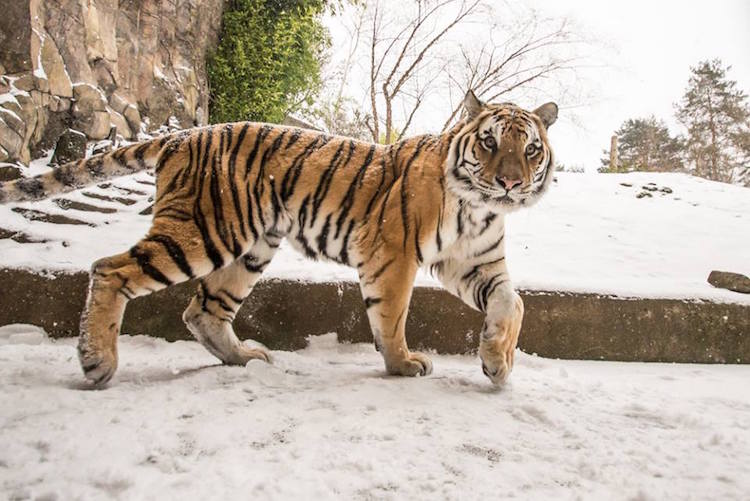 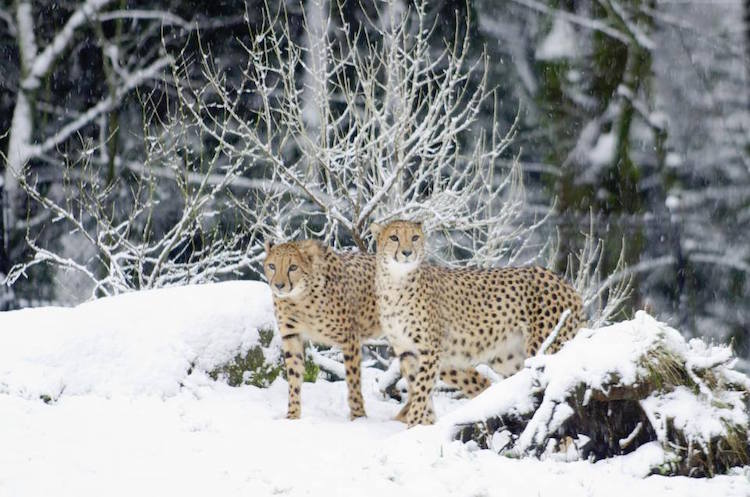 All images via the Oregon Zoo.