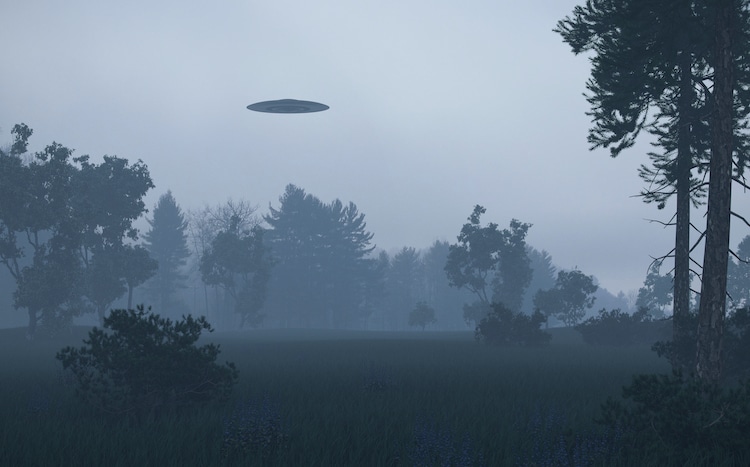 Whether you believe in the existence of aliens or not, unidentified flying objects (UFOs) are aerial phenomenons that cannot easily be explained. There are countless videos and photos online of apparent extraterrestrial spacecrafts, but it’s impossible to determine whether they’re real, a hoax, or a mere trick of the eye. However, the Pentagon recently confirmed that a leaked video of an “unidentified aerial phenomena” (UAP) that recently surfaced is actually legitimate.

The 18-second-long video was taken by a United States Navy pilot from the USS Russell (DDG-59) Arleigh Burke-class destroyer off the coast of San Diego in July 2019. The strange footage shows three blinking pyramid-shaped UAPs flying in the sky. Sue Gough, a spokesperson for the Pentagon, confirmed that the objects were categorized as a “sphere”, “acorn,” and “metallic blimp.”

However, Gough also said the Department of Defense could not reveal any further information on the footage. She said in a statement, “To maintain operations security and to avoid disclosing information that may be useful to potential adversaries, DOD does not discuss publicly the details of either the observations or the examinations of reported incursions into our training ranges or designated airspace, including those incursions initially designated as UAP.”

According to the Navy, there have been “a number of reports of unauthorized and/or unidentified aircraft entering various military-controlled ranges and designated airspace in recent years.” Last April, the Pentagon released three videos of UAPs taken in 2004 and 2015. These videos, along with the most recent are part of ongoing federal investigations. The Department of Defense even established an official Unidentified Aerial Phenomena Task Force in order to improve its understanding of UAPs. Furthermore, U.S. intelligence agencies are expected to give unclassified reports about UAP's to Congress in June 2021.

Check out the leaked video below.

The Pentagon recently confirmed that a leaked video of an “unidentified aerial phenomena” (UAP) that recently surfaced is legitimate.