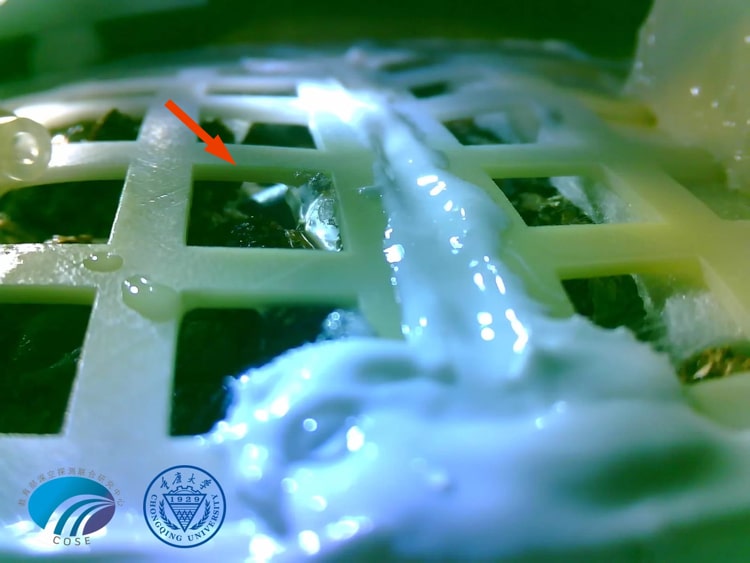 In a historic first, China's Chang'e 4 lunar lander played host to some special guests. After landing on the far side of the moon on January 2, 2019, it was a revealed that a special canister filled with plant seeds had also made the journey. Incredibly, the cotton seeds began to sprout once watered shortly after landing.

Unfortunately, the entire experiment came to an end after a long, cold lunar night killed any chance of survival, but let's take a look at what happened and why it is so important. While astronauts on the International Space Station regularly grow plants and the Chinese have cultivated rice on the Tiangong-2 space lab, these experiments were done at low earth orbit. Never before has growth been attempted in an environment so far from Earth. Though Apollo 14 astronaut Stuart Roosa carried tree seeds with him on an orbit around the moon in 1971, there were no attempts to grow them.

The Chang'e 4 experiment consisted of a self-contained capsule that included cottonseed, rapeseed, potato, and Arabidopsis flowers, as well as yeast and fruit fly eggs. Air, soil, and water are also included in the air-tight canister, as well as small cameras to let astronauts know what was happening inside. As a light source, a tube directed natural light from the moon's surface into the canister.

Initial images showed the germination of the cottonseed and, according to Professor Liu Hanlong (the head of the experiment), the rapeseed and potato seed had also begun to sprout.

The seeds were carefully selected by scientists. The flowering plants are easy to detect on camera when growing, while the potatoes could be a source of nutrients for future crew missions. Yeast plays a role in managing carbon dioxide levels within the canister, while the fruit flies would consume the growing plants. 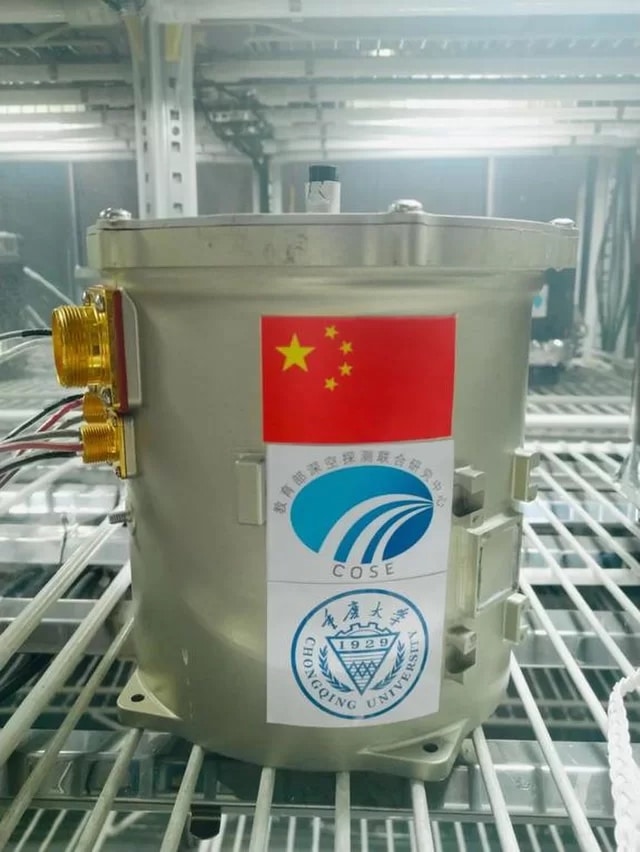 Biosphere canister prior to arriving on the moon. (Photo: Chongqing University)

“We have given consideration to future survival in space. Learning about these plants' growth in a low-gravity environment would allow us to lay the foundation for our future establishment of space base,” said Liu shortly after it was announced that the cottonseed had sprouted.

So what happened to the plant?

Though the canister does contain a small heat control system, it was not enough to combat the cold lunar night—it lasted about 13.5 days. Within this timeframe, temperatures can plummet and drop to -180°C (-292°F). In the end, this drastic drop in temperature proved to be too much for the biosphere, with the seedlings dying off. Now, they will decompose within the closed environment.

This wasn't a totally unexpected end for the experiment. It was impossible to simulate the lunar environment on Earth and though scientists knew temperatures would drop during the lunar night, they weren't entirely clear on just how low they would go. In fact, part of Chang'e 4's mission was to record this data in order to learn more about the properties of lunar soil.

While the seedlings didn't grow for long, just the fact that some plants sprouted is a major breakthrough. Interestingly, this historic experiment came about due to a push to encourage young people to get involved in the mission. The biosphere experiment was selected from over 250 projects submitted by students across China during a 2015 competition.