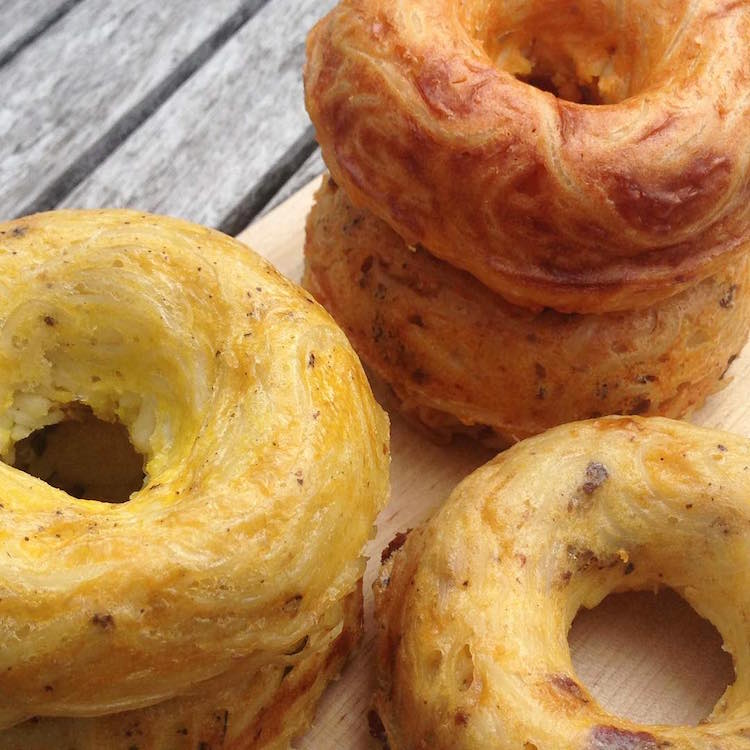 Brooklyn bakery Pop Pasta is serving up the newest donut fad—the spaghetti donut. If you're someone who thinks pasta tastes better the second day, after the sauce has soaked in, then you'll want try Pop Pasta.

Inspired by the classic frittata di pasta from Naples, Italy, Pop Pasta adds a decidedly American twist by transforming it into a baked donut. The original Italian recipe uses leftover spaghetti, which is combined with egg and cheese and cooked in a pan to form a frittata. It's the ultimate comfort food that leaves nothing to waste.

Pop Pasta uses this tradition, but bakes their treats into the shape of a donut. This delicious savory snack gives the convenience of fast food, but with slow food origins. Pop Pasta is available in five flavors—Aglio e Olio, Zucchini, Carbonara, Red Sauce, and Bolognese—meaning there's a little something for everyone.

Pop Pasta doesn't currently have a fixed location, but they're often at Brooklyn markets, such as the Brooklyn Makers Market and are also now at Smorgasburg.

This new street snack is inspired by a classic Italian recipe of baked pasta, but with a donut-shaped American flare. 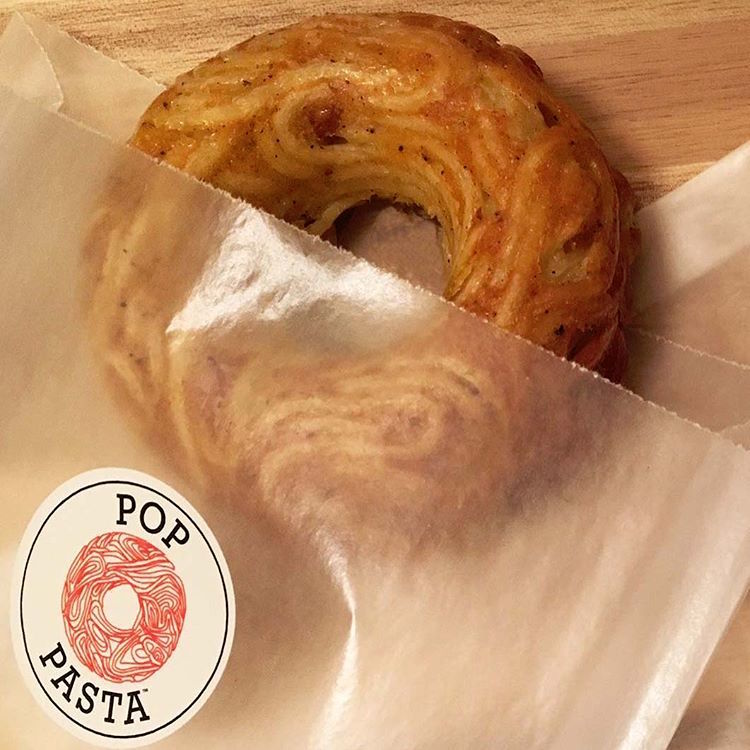 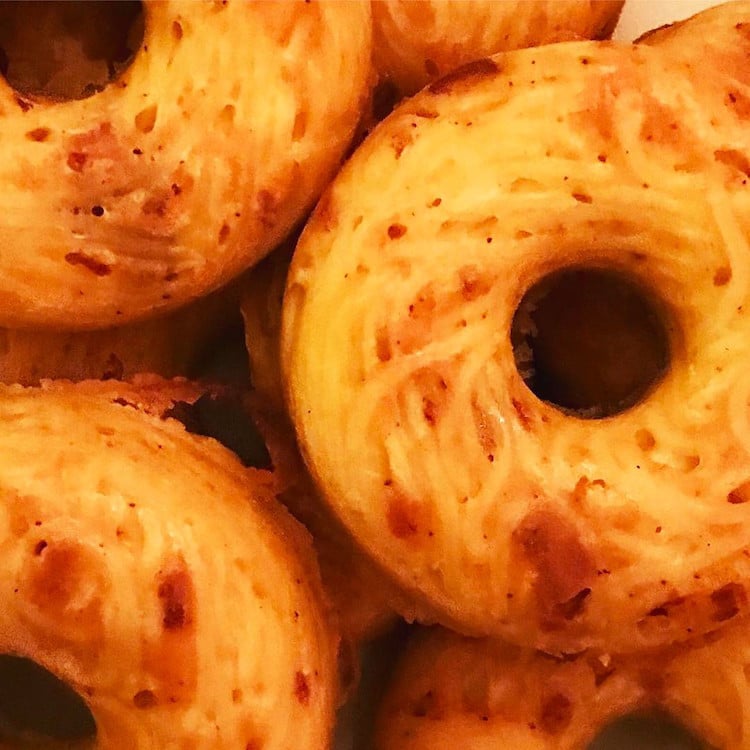 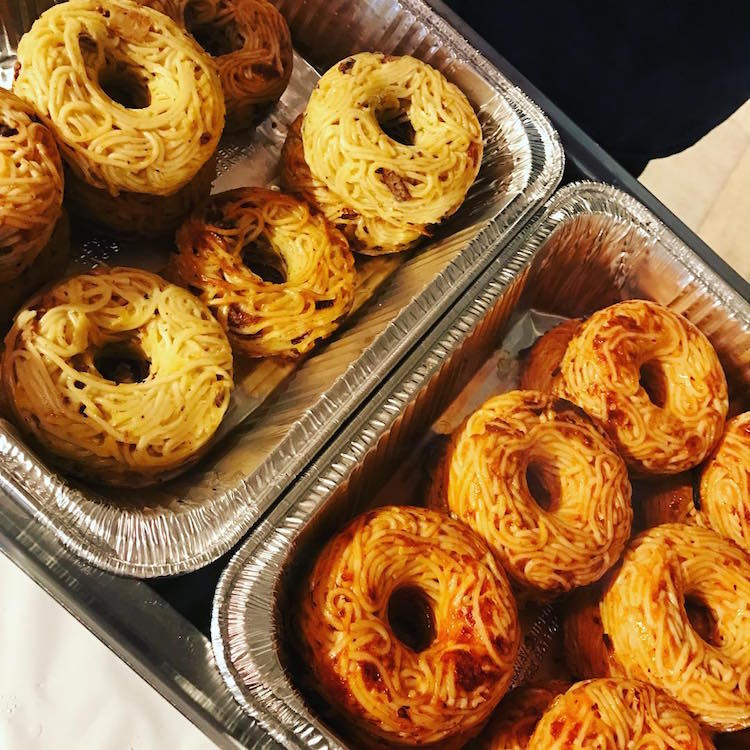 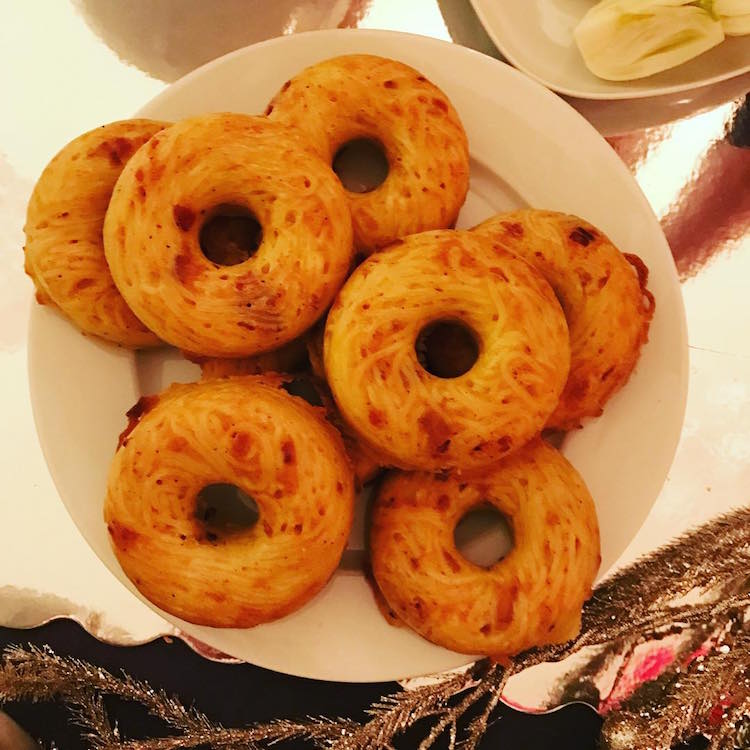 All images via Pop Pasta.

Would you try these? Share
Like My Modern Met on Facebook
Get Our Weekly Newsletter
Become a
My Modern Met Member
As a member, you'll join us in our effort to support the arts.
Become a Member
Explore member benefits

Would you try these?