Germany-based paper engineer Peter Dahmen takes the art of pop-up cards to the next level. In a new video showcasing his extensive portfolio—entitled Most Satisfying Video of Pop-Up Cards designed by Peter Dahmen—his intricate hand-crafted objects are revealed, unfolding from pages and boxes to the music of Johann Strauss’s Blue Danube.

In a short film by Christopher Helkey, Dahmen explains that he first started making paper pop-up cards during his third semester studying graphic design in college. He was asked to create a 3D object entirely out of paper, and while he enjoyed the challenge, he faced the problem of transporting it on the train ride home. To avoid damaging his paper creation, he decided to design it in a way that allowed it to collapse into a flat pop-up book. Since then, 3D paper art has been his focus.

For Dahmen, the most interesting thing about pop-up cards is the movement they create. He describes opening the cards as a “magical moment.” This is clearly evident in his portfolio video. The intricate paper masterpieces range from large-scale architectural structures that erect themselves between white card, colorful ornamental flowers that seem to bloom before the viewer’s eyes, and a perforated peacock’s tail that fans out as the card is opened.

Dahmen’s work may look complicated, but is fully accessible to try yourself thanks to free online tutorials on his website. 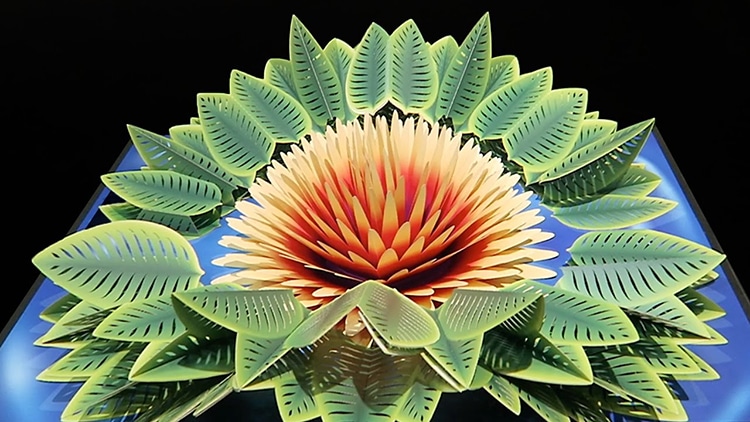 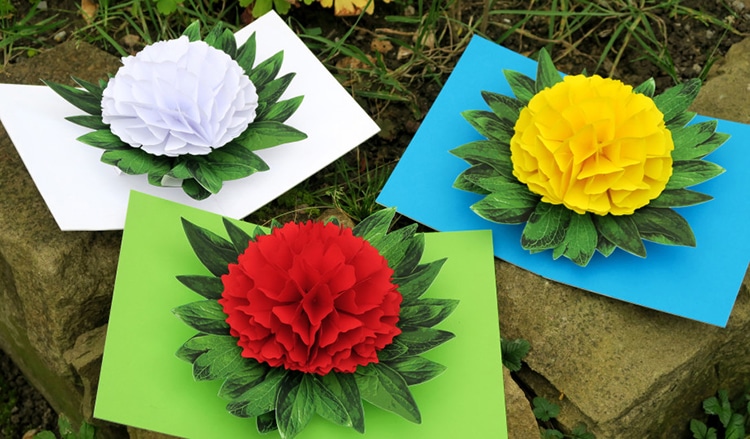 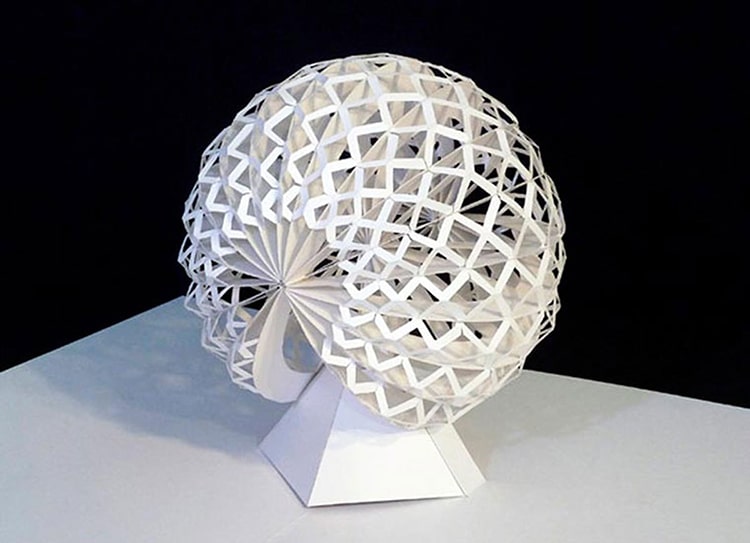 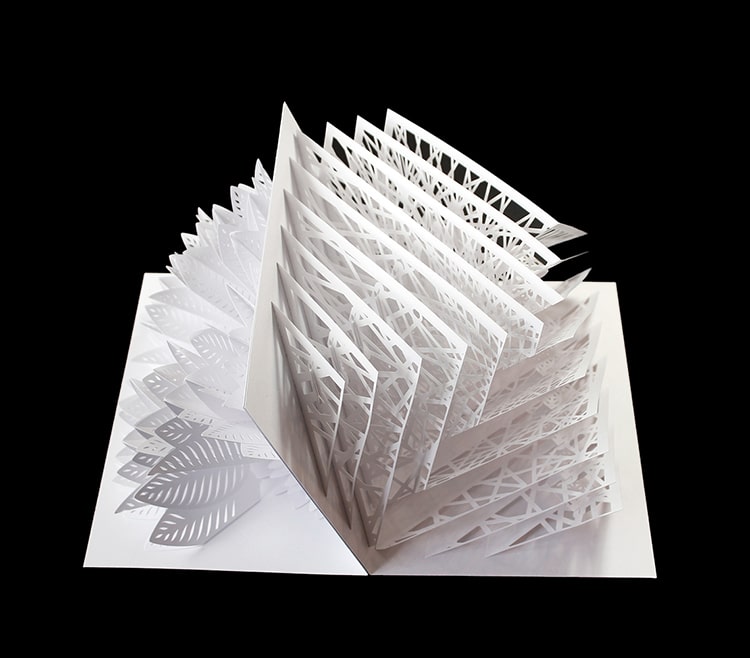 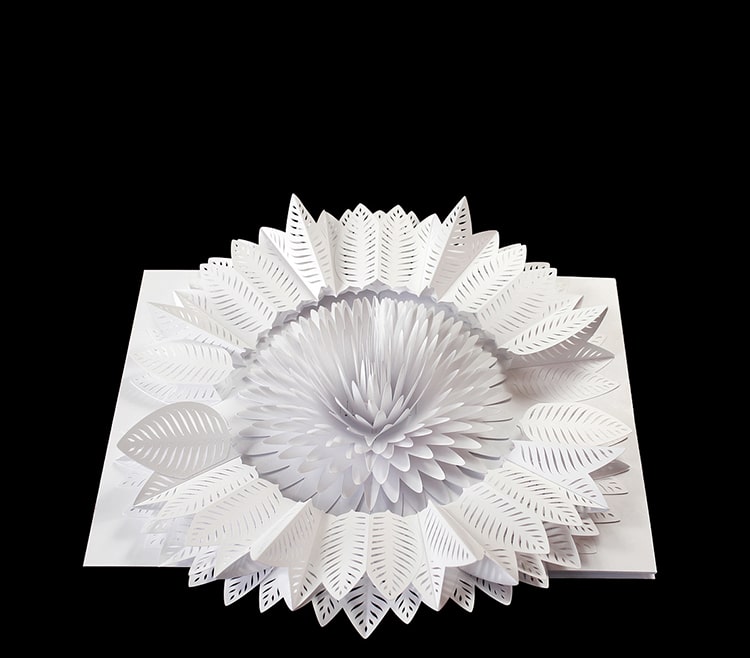 Images and video via Peter Dahmen.