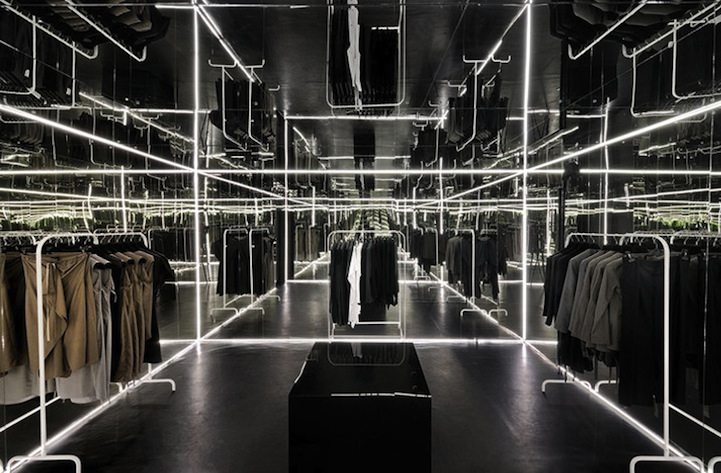 I've always believed that the shopping experience isn't complete without an amazing environment. Case in point: A tiny store in Warsaw received a radical makeover by Polish architects Super Super and Inside/Outside.

The temporary pavilion inside the mobile office container houses the clothing retailer Zuo Corp. Once you step inside, you are greeted by a mesmerizing mirrored room! Mirrors line not just the walls of the shop, but the ceiling, and the edges are fitted with LED lighting to appear as an infinite illuminated grid, much like the movie Tron. Ironically, there are no mirrors in the dressing rooms.

The shop itself opened in December and it remained open for a total of three months. The decision of having a store inside a metal container was made to provide protection from difficult weather conditions, such as heavy rain, snow and strong frosts that occur during that time of the year.

Super Super shares that the goal was to provide a surprise effect when entering the pop-up shop. “Small, inconspicuous object, as it seemed from the outside, was creating an ‘Alice in Wonderland' effect, to introduce the viewer to another world.”

What do you think of this modern shop? 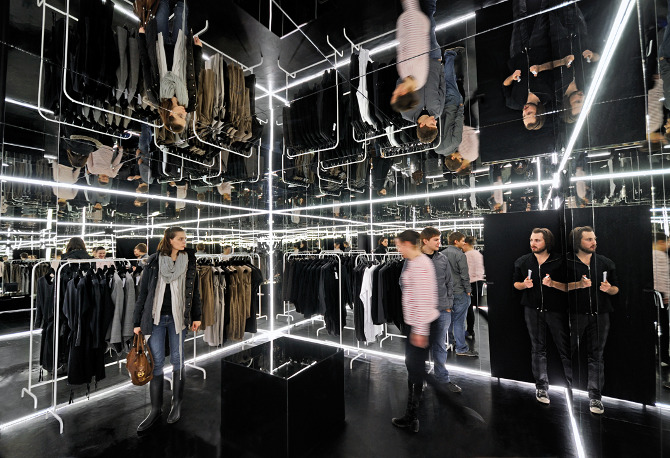 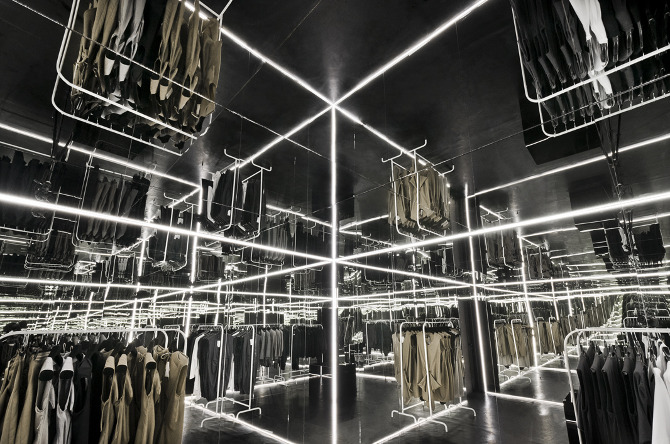 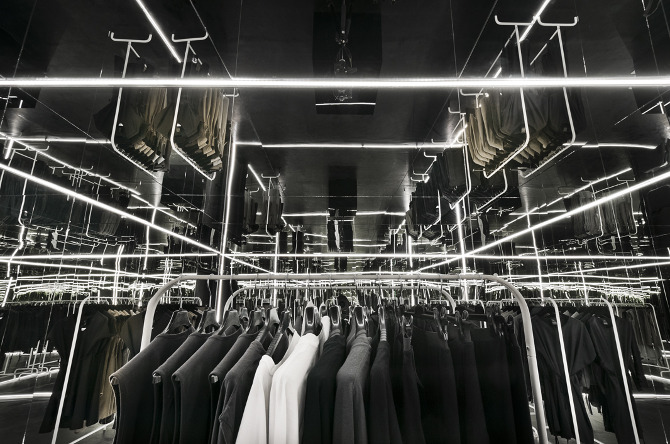 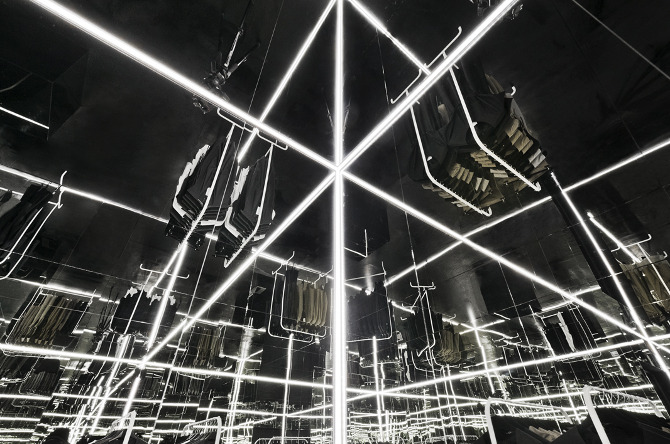 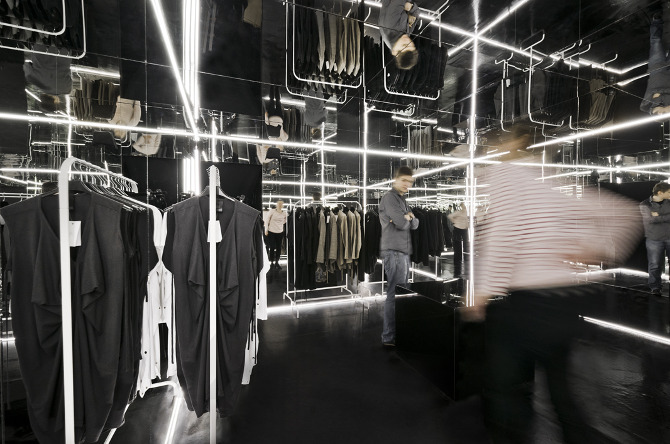 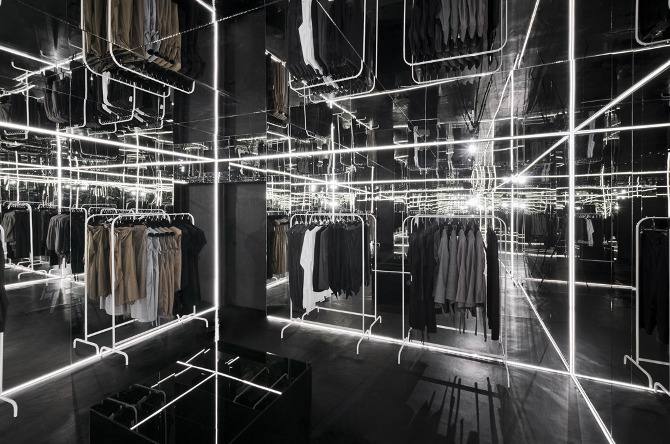 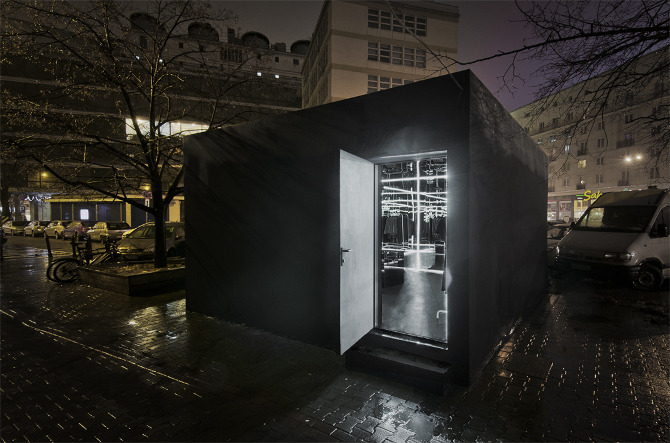 Photographs by Jacek Majewski
via [DeZeen]